✿ Before i went to bed last night i did post my clefairy doll for auction, so please check it out! Click on the photo to go!! The auction ends in LESS THAN 3 DAYS!!

(Also please don't message me asking to sell it for less. I already recieved 2 messages like that, however i did speak with a few people who paid over $200 for their clefairy dolls, so i think my starting price is fair. (Especially considering i paid around $350 for the lot of plushies she was in.))

✿ Next, i did a *HUGE* update to my sales!! Tons of toys and plush have been added so please take a look!! :D Click the banner to see!~

✿ Lastly, i'll just make a quick bloop about my wants!
If you have any of these items for sale PLEASE let me know! I'm also willing to trade anything, even multiple items in my sales for just one item from my wants! Here are my most urgent wishes:

~ Mood Color Changing Coin, ~ Zigzagoon Minibee, ~ Zigzagoon Korean Cards, & ~ Pokecen Promotion items(stickers, clearfile, ANYTHING relating to this promotion is in interest to me!)!

Hey guys! I've actually been a member of this community since 2008 (!?!), but I'm just now making my introduction. Better late than never right? XD 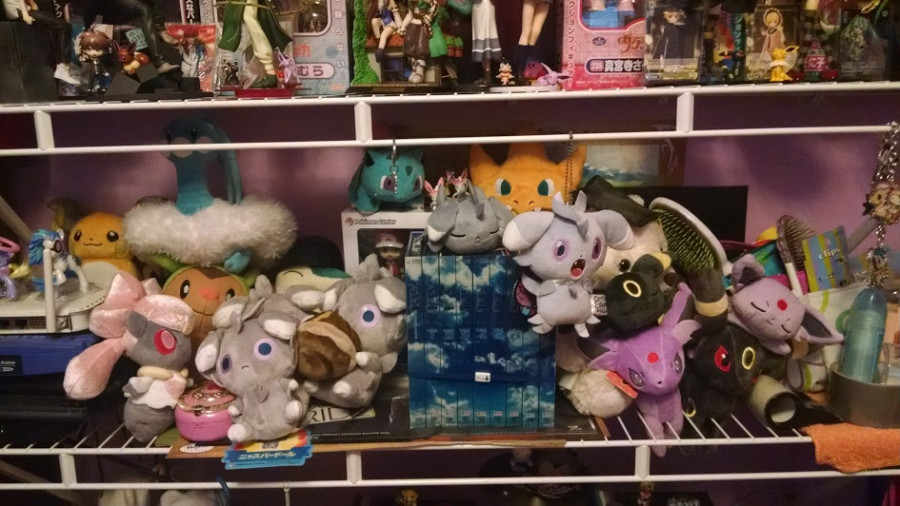 Here's my ever growing plushie collection. I also have some figures (if you look closely you can see that I'm a huge figurine collector) and a growing pencil-topper collection as well. I need to get a picture of them some time.

As you can see, I'm really big into Espurr plushies. I'm currently looking for the WANTED pencil board and the new UFO Espurr as well, but what pokemon collector isn't continually on the search? Haha

Speaking of searches, I wanted to come to you guys with an early Christmas search:

I'm looking for a wingull and a wooper plushie for my friends' Christmas present. Can anyone help me out? The bigger the better (though my budget is around $20 for each).
Any help would be much appreciated! 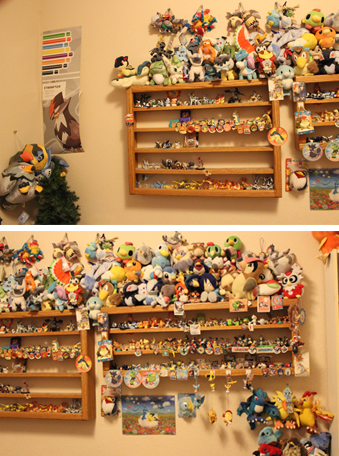 Hi! I haven't posted anything regarding my personal collection in a very long time, reason being I've been planning to restructure it for a while (though I keep putting it off) and I simply haven't been able to actually add to my collection very much in the past couple of years, and no new additions means no collection updates. D: But because it's been such a long time since I've last posted my collection, I wanted to take some fresh pictures for a re-intro!

I've been a member of this community since 2007 and have been collecting Pokemon for just as long. Over time I've collected many different Pokemon and have since parted with several of them, but my main collections have always been Quilava and miscellaneous bird Pokemon (mostly Starly/Staravia/Staraptor, Rufflet/Braviary, Taillow/Swellow, Skarmory, Tranquill, and now, Fletchinder).

A continuation to something I mentioned in my last post. I said I had a few shoppers I was debating on keeping and I decided I didn't want them. I'm giving them away in the hopes they'll find good homes. 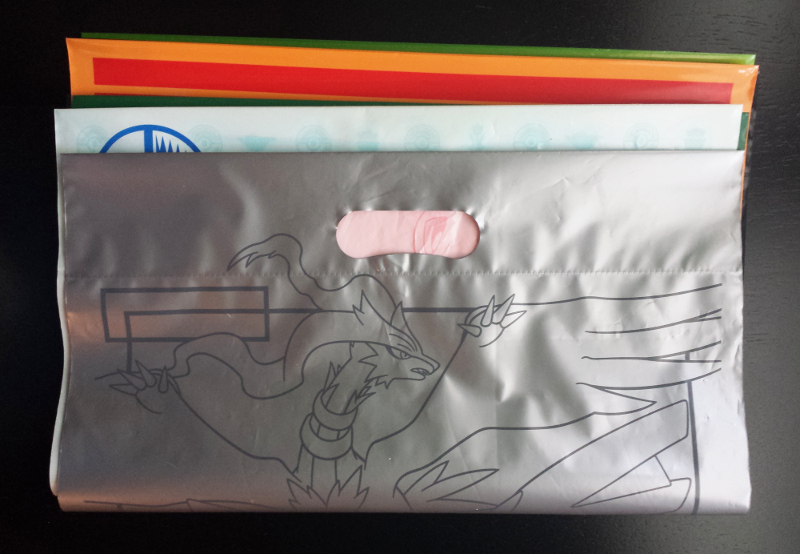 
This is also the last day to get anything from my sales. I will close them after today and start listing lots on eBay. I cut prices however they no longer include shipping. Feel free to make offers, 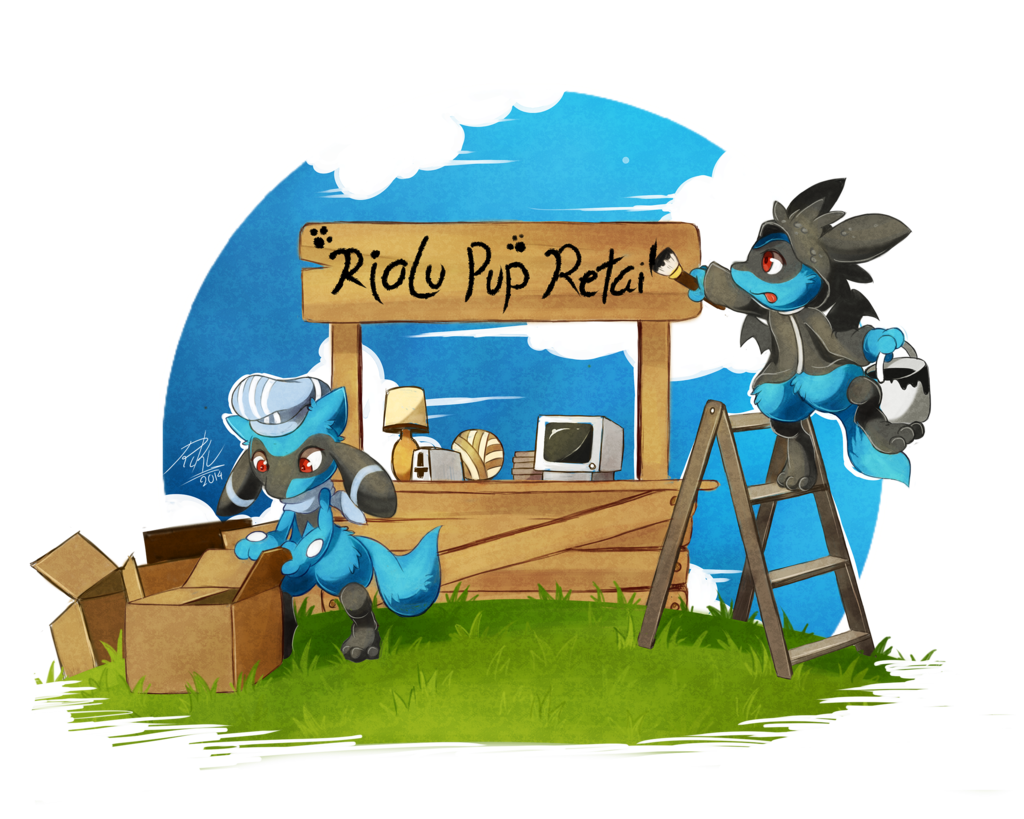 Hello to you all!

I'll start with an update about my collection banner. It's made by our own

She will be making also a Pikachu Collection banner, and a Want List banner! :D Aren't the Ziggies here cute :3?
(By clicking on the banner you will be transported to my Zigzagoon collection obviously.. But I have lot's more than displayed there, I need to take new pics of all the rest hahaha!)

Now, hereby the items which are coming my way :3 They can't be here too soon, I literally can't wait any longer!!

Well next, I wanna ask you al something fun :) Who plays Pokemon Rumble?
I do since 2-3 months I guess. Gosh, Mega Glalie was hard to defeat...
My question, what is your highest combo ever ? Here is mine, combo of 75: 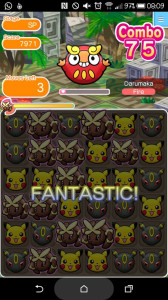 (this was this morning)

Last but not least, this made a dear friend of mine, with 4 of my favourite Pokemon!
Just wanted to share because I think it's pretty beautiful... :3

Thank you all for reading and have a lovely day!

Hey Everyone! It's been a while since I posted anything new. ^^ Today, I'm finally getting around to posting about my trip to Japan last month. :D I originally meant to post this immediately upon my return to the States, but laziness and other things kept getting in the way. So, without further ado...

As the title says, I visited two Pokemon Centers and a Pokemon Store! :D :D :D
And although this is my second time to Japan, I have never seen a Pokemon Center before, so it was really exciting. XD

WARNING: This post is VERY image heavy. Like 100+ photos heavy, so beware.
Also note that these images were taken back in October 2015, so stock has probably changed since then.

The first stop on our list is THE OSAKA POKEMON CENTER! :D 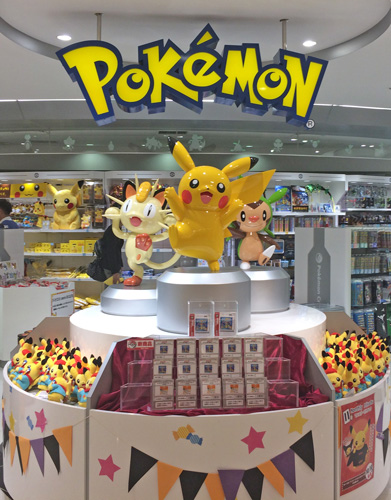 We stayed at the Hotel Granvia Osaka specifically to be near this Pokemon Center (which was in the adjacent Daimaru building). Our original itinerary only allowed for one Pokemon Center, so I was under the impression that this was going to be the only one I would get to see. As a result, I went nuts taking pictures. XD XD

Next is THE OKINAWA POKEMON STORE! 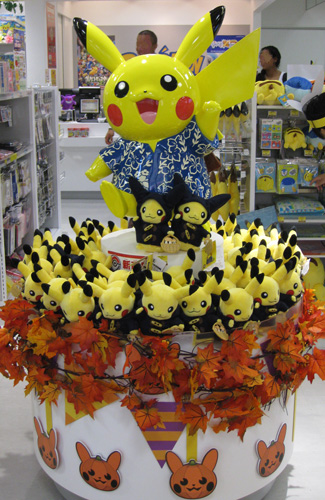 This one was completely unexpected since I spotted it as we were driving by on our tour bus. Upon returning to our hotel, I did some research and found that it was literally only a 5-minute cab ride from our hotel. 8D

And lastly... The one everyone knows, THE MEGA TOKYO POKEMON CENTER! 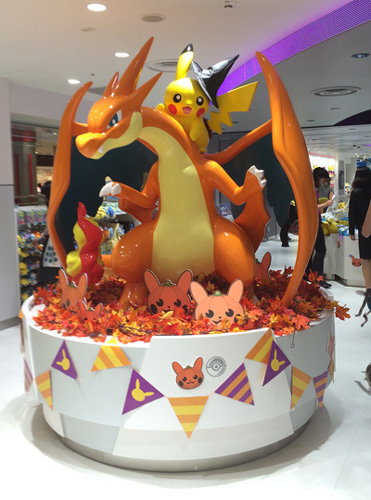 It was quite the adventure finding this one. We had to catch a train to Ikebukuro and then find our way through the crazy station and streets to Sunshine City. This Center is located on the second floor of the Sunshine Building.

So after all of that, you're probably wondering what I bought there. ;)

Overall, I felt so lucky to have visited as many places as I did. Next time, I'm hoping to visit more Pokemon stores and find more of those specialized items. :3 Until then, thanks for reading!

Let's end this post with something funny I saw in the subway: 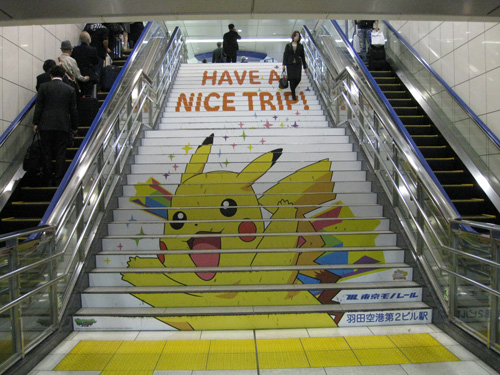 One of my friends pointed out how funny it was to use the word "trip" on the stairs. XD

Hi everyone! I haven't posted in a while >< college is tough...

ANYWAY: I have some pretty cool news! According to the Pokemon Facebook page, the N Nendoroid is coming to pokemoncenter.com! 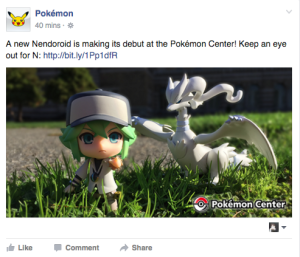 The release date is set for November 18! I may have to invest in this little guy<3

That's all today, guys! Hope you're having a wonderful week :D

I recently was doing some tidying up around my desk and happened upon the box that I keep all of my hang tags in.  I didn't really notice until I put them all out on my desk just how many of them I had.  The artwork is just so cute, I think it would be a shame if I just kept leaving them in that box. Hey guys, Happy Veterans day! I got some figures in the mail recently

I got the new US Tomy Ash figure. I got it only for the acessories lol. The pic above is of the Japanese figure. I just swaped the arms with the american one, since it has more articulation (shoulder, bicep, elbow and wrist) and can grip the Pokeball and Pokedex.

I'm running a holiday special from now until next Wednesday. Buy more than one plush and only pay shipping for one (up to 10, US only). I really want to find these guys new homes. Please check it out! Click the Banner!

I decided to drop my prices for the mini Pokedolls, but that's not the main point of this post lol.
( Collapse )

I also have a question for you guys regarding amiibos.  Do you prefer storing them in packaging, or without?  How do you display them?  I'm trying to decide on what to do with mine.  Also, do you guys have any pointers for buying packs of older cards, besides eBay?  Been Googling, but every place is out of stock. :/  If you have any from the older sets for sale, let me know.  Looking mainly for Aquapolis/Skyridge/3rd Gen.
Thank you!
Also, I'm looking for the Charmander/Cherrim/Mew/Ralts With You Badges.  :)  Does Umbreon have one?  I think so, but I'm unsure.
Also, any other Flygon collectors here?  I need to see what I'm missing and I've love to compare collections with you!
Hi,

i am looking for this deck box + card. this was released at 2004 if i remember correctly. I dont really care if it is opened or sealed, but if it is opened i would like to see some pictures to check the condition. Payment will be via paypal (i live in europe and i hope it wont be a problem to ship it to europe) 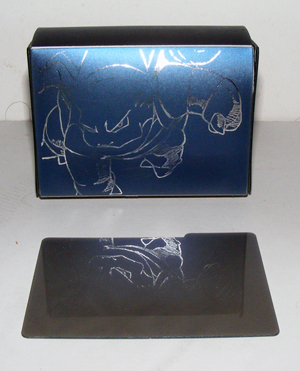 Limiting my collecting for the month due to car repair bills, but can squeeze in one quick high want this month :)
I've been pretty much everywhere I could possibly check for this little US release Tomy Mew but never found one and am hoping to retire checking every TRU/Walmart/Barnes N' Noble I find XD

Looking to spend no more then $17 total. Here's an image of the cutie :) 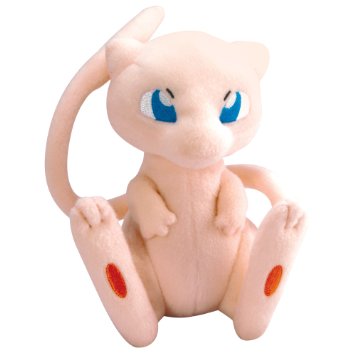 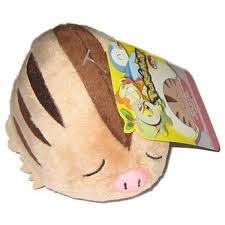 Also a quick question on Zoura plush for future collecting. Which non-chibi plush exist of Zoura? I'd love to see photos of any you know of or even collections of the dark fox. Hoping to decide on one or two nice accurate plush (hoping there might be a talky besides a keychain size one I know of). Thanks everyone in advance! :D

I recently got two beautiful new bookcases for my collection and hope to have a nice collection post soon. :)
Collapse