I have finally came around to doing part 2 of my collection update. I decided to extend this to three parts instead of two as I don't have much time to finish photographing everything as I had hoped to do by now. 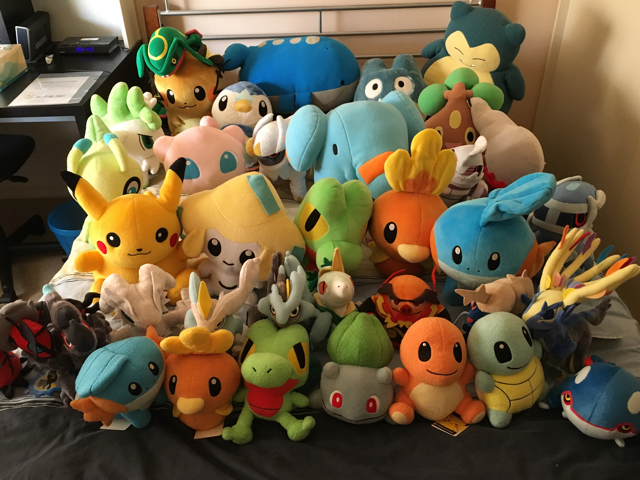 Hope you enjoyed that! Now I have a surprise for everyone... 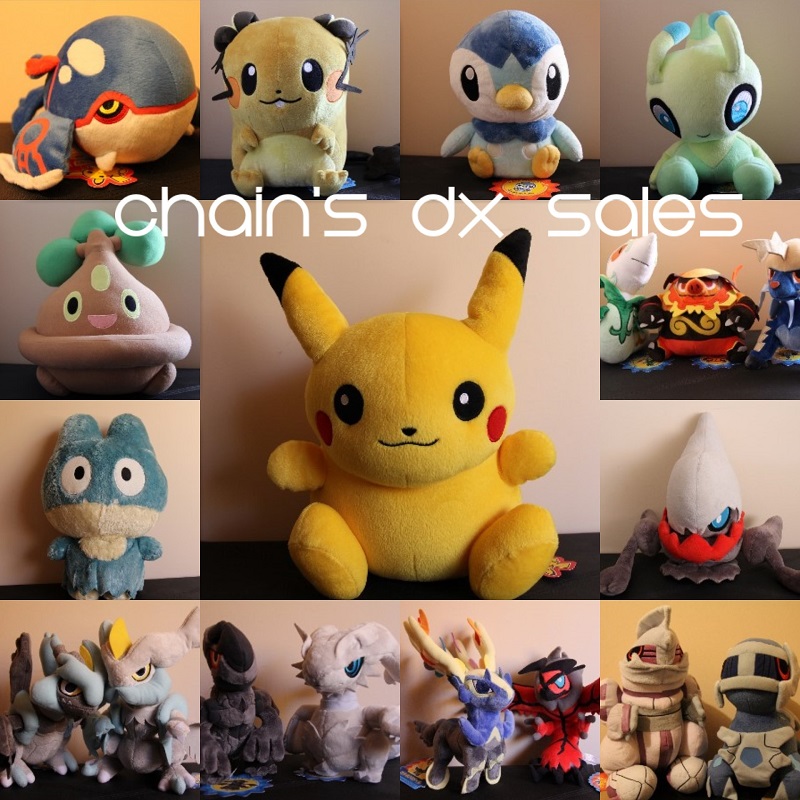 Yay! DX Pokedolls!!! I should have written auctions for this sorry. Not sure why I wrote sales instead. 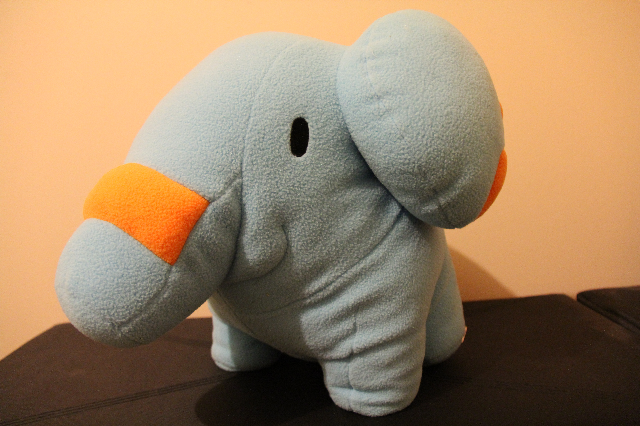 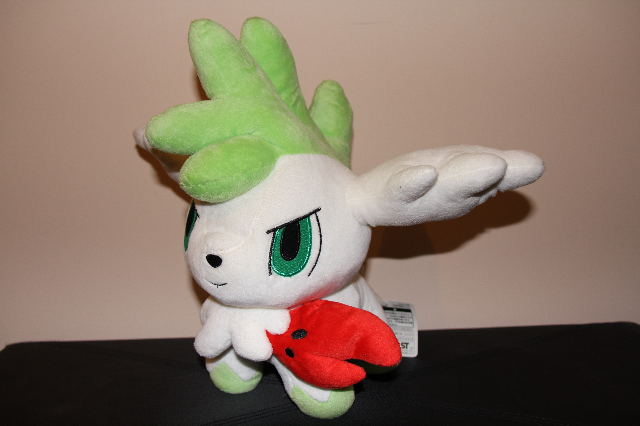 Yes! It's the extremely rare and limited DX Phanpy and Daisuki Club DX Shaymin Pokedolls!!! You want one? Now's your chance to win it before it's gone! Simply click the pictures to go to their respective auctions.

Good luck to all auction participants!

Hi there, i managed to get a Ditto-Figure from a japanese seller on From Japan but i'am not sure what it is...maybe someone in the community knows...

This is a big post today!! I have so many things to share!! First one being that my second year on pkmncollectors was last week sometime! Of course i was way too busy to post then, but today i did a big collection re-organizing, and took many photos to show! :D
Anyways i'll keep everything under cuts to keep the front page nice.

I've added all of the collection photos and more to my website here:

Also for anyone interested in that giant box of kid figures, i went through it and organized everything by color and took photos last night! I'm working on a sales post for them now so keep your eyes peeled in the next few days!! :D <3 Here is a photo of the box. That meganium is the ONLY one i kept out of the hundreds there. o.o

Hi. Just a quick announcement that I'm auctioning off a Japanese copy of Super Mystery Dungeon on eBay. It starts at $1 with a BIN of $30. It's brand new and still sealed. Click the picture to go to it. In addition to that I also have a few other auctions going on that also start at $1 (though shipping is high for one of them). 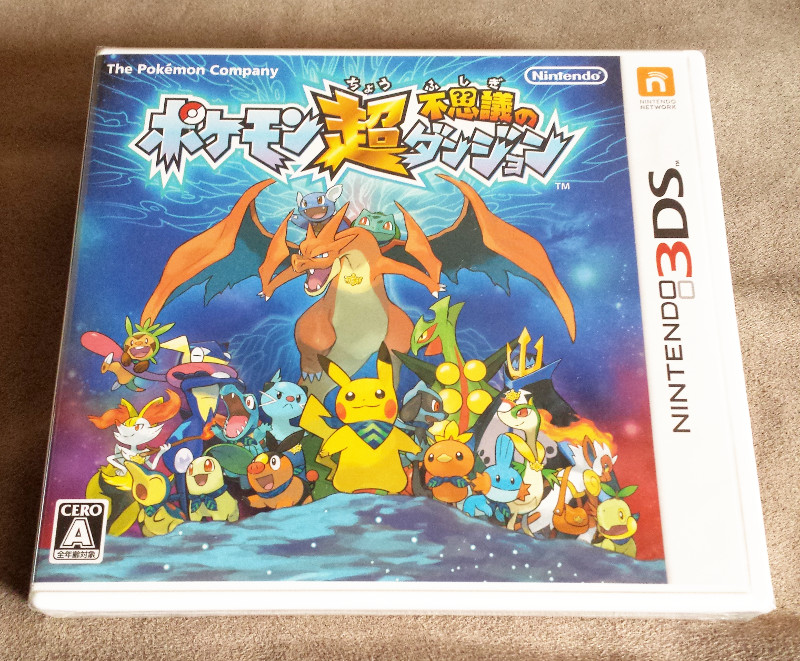 Secondly, I'm still in need of two pre-order bonuses for the game, the clearfile and pen case. I've yet to see these two pop up anywhere (although it appears the pen case is still available if you buy the game from a certain website). If anyone has these for sale please let me know. Especially looking for the clearfile. 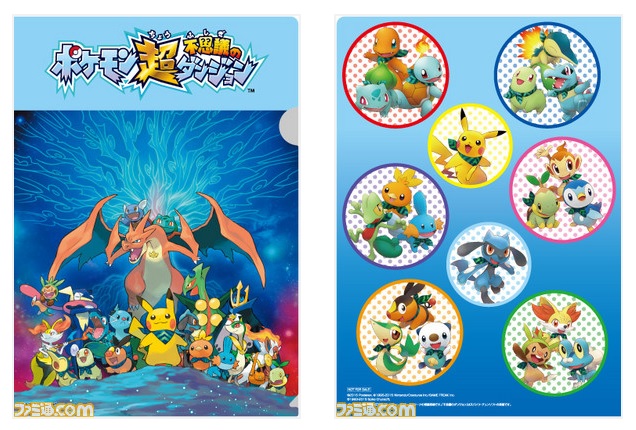 If you have any PMD things (from SMD or EoS) with Riolu or just general Riolu merchandise you're selling then feel free to tell me about those as well. Thanks!

Including many custom plush, rare finds, and a 1/1 Scraggy
( Collapse )


I will post places to bid, so please be patient until they are up. :D

I wanted to post update of my collection for a while but I was waiting for few packages to arrive... I'm still waiting for some items, but today I finally had some time and I decided to take pics of everything! ^o^

Here's little something about me:
My name is Jakub, I'm 23 and I'm from Poland (Cracow). I used to collect Pokemon stuff when I was about 10 years old. Then I took a long break from pkmn collecting. Meanwhile I've been into Disney stuff, I collect figures etc from Pixar movies. If you're interested you can take a look at some of older pictures of my collection here. I still have a huge collection of cars from movie... Cars XD and a lot of other stuff.
I'm working as freelance illustrator (you can see some of my works here ), I'm planning to go to school abroad next year - I want to study animation and then... who knows? :D I really just want to make some new friends and meet new people.
I joined community in February this year. When I joined I mainly collected TCG (mostly Pikachu) and I had only one plush! Now... I collect everything that I find cool :D I have a lot more plushies and I love them - you can see pictures of everything below!

That's it guys! I'm super glad I found this comm few months ago, it's awesome! <3

Also I've got some info for those of you who're interested in sales:
Soon (within week or two) I'll be posting big sales - there'll be flats mostly - Japanese cards (not tcg), stickers, book pages etc...
Now I have quite big list of people who'd like to be tagged in my sales post BUT if anyone else would like me to tag them then just LET ME KNOW! :D

Thanks for looking, stay awesome! ^-^

Hello everyone! So I am doing some weeding and have also decided to get rid of some collections :c I finally made the decision to stop collecting Bunnelby as I have just lost passion for his merchandise D: I'm keeping some of my favorite items but otherwise it's all going for sale here! Also selling a bunch of other things including a Pikazard lot including the tin, rare AG metal coins, and an AG era in box Charizard figure! Come take a gander!

Just please note that I am at home for Thanksgiving Break and won't be able to ship until next Monday. Thank you c:

Thank you! Let me know if you have any questions! <3

I have a few items I want to sell. Trying to clear out my closet. Got a few Eevee and xmas goods.Please take a look here!:
http://gaarasyami.livejournal.com/37398.html