After buying the 20th anniversary Mew plush, I think I want to start a little mew collection! I'm mostly looking for figures and plushes, but i'll look at flats as well! Just let me know what you have and how much you're looking for.

Hello hello collectors, I hope everyone's weekend is off to a great start (*´꒳`*)

Today was the release of the newest "NukuNuku Style" Pikachu Sleeping Bag kuji:

I have a few extra winnings that are available for sale!

All can be purchased directly here ☆

Just wanted to share a picture of my small but growing collection and again thank all the pkmncollectors community for helping me get most of my items! 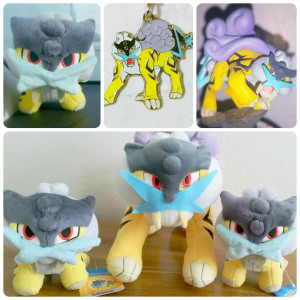 oh! I forgot to mention I have a raikou/pokemon blog called cloudytheraikou.tumblr.com if anyone wants to follow my gets or just likes fanart stuff :3

I hope everyone is doing great today~! I stopped by my local Toys R Us yesterday and found this! 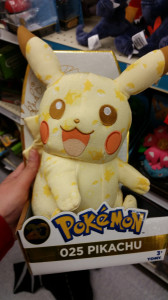 When I first saw it I got super excited and thought it was patchwork Pikachu at first. x3;;;
This is a super cute pikachu! He has silhouette's of pokeballs and pikachu's all over his body. The material is hard but durable. I haven't seen any posts of this so I wanted to share with everyone.

Hello all! The other day I received a special get - the Pokemon Hikerukana (Can you play Pokemon?) piano book with music CD! I wanted this book because it has songs from the original Pokemon video games, but it also is loaded with artwork by Ken Sugimori. 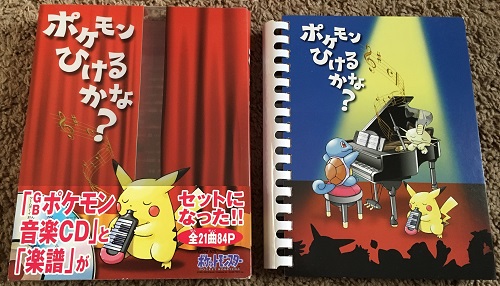 The book is set up in a way that you "battle" gym leaders and earn badges by completing certain songs on the piano. It even comes with a sticker sheet of badges and a paper badge case! The music CD has two versions of each song - one is the full version, and the other is a "karaoke" version that you can play along with on the piano.

Hi guys~ is anyone interest to split this pokedoll charm? Each charm will cost $9.70 shpping in U.S. (this include shipping and fee) 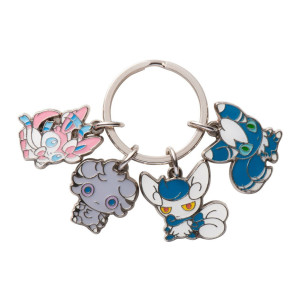 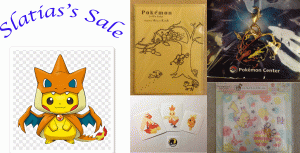 Thank you for reading

Hey everyone :D
By googling pictures for my wantslist (xD) I´ve just seen that pokemoncenter.com has the venusaur pokedoll now available again!!! Can´t you believe it? :D  For just 12.99$! :-OOO (and I thought it isn´t available anymore...it goes for 100$ on amazon <_<)
Here is the link: http://www.pokemoncenter.com/Venusaur-Pok%C3%A9-Doll-Standard-Size/dp/B00M03KDIY

Because I wanted him for longer and they only ship to the USA, I´m in need of a middleman. I live in germany! Would anyone help me out? :3 It would be suuuuuuuuper-nice!! <333 Got someone, thanks all for your help!! <3

Hello everyone~ So about a week ago I was at my local Target with my family, just kinda strolling around the toy section as my family was purchasing groceries. Now, my Target sucks as it rarely has any Pokemon merchandise other than the cards, so I wasn't really expecting to find anything new. However, lurking in the shadows of one of the bottom shelves, I discovered something I was not expecting to find at all!

One of my all time favorite pieces in my collection. Rare Pokemon Center Vinyl Figure of Charizard. I really hope they make more of these in the future. They also have Gardevoir and Mawhile, but I didn't really care for them.
*Charmander for scale. 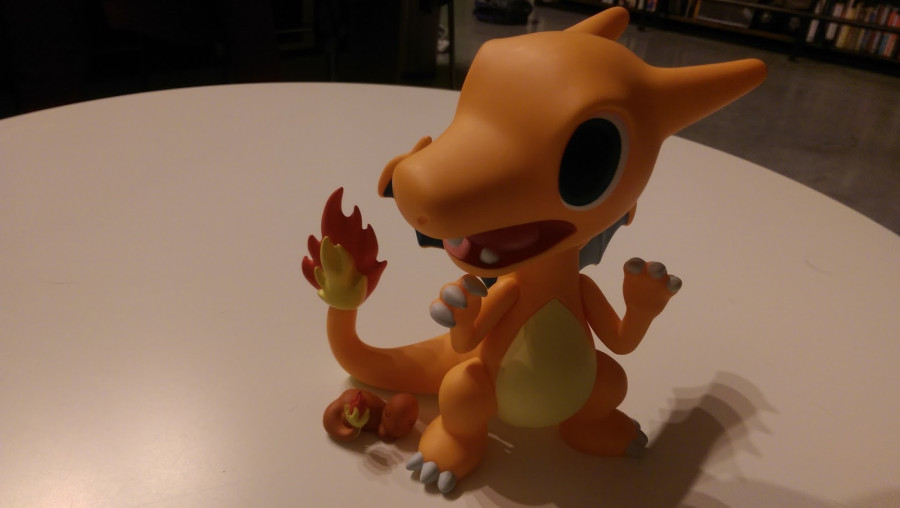 Hiya its me again eeveeboo_2. I need some help finding some Leafeons seen under the cut


( Collapse )
If you have one please let me know! Im bound to throw my money at you.
Thanks so much for reading!

So a while ago, I was on eBay searching around for anything interesting and found this Pichu mirage plush. It was listed pretty high and apparently didn't work so I passed. Eventually the starting bid was lowered and I got it for less than a third of the original price.

So I got it home, cleaned off the contacts and...it works great!! I was so happy to find that with enough fiddling I could get it to still sing and light up. This is really my first real mirage plush and I love it dearly. Check out this video of it singing/lighting up if you're curious!

I'm always hunting Entei's and finding new ones are difficult to come by. Thanks to the help of

manectric I was able to get a hold of a rarer figure today!
( Collapse )
Other gets on the flat and misc side (pic heavy):
( Collapse )
Some were eBay/y!japan purchases and others were from here on the community! So a big thanks to everyone who's sold to me recently! To name a few:

splash! And thanks to everyone else!

Thanks for looking everyone!

Hello all, its been a way longer while than I expected. I swear the semesters go by so fast and all
of a sudden i realized i havent been on the comm in months. Plus I've been working on my application to study abroad in Japan next year so I have barely had time to think about anything other than that. It seems I gained sales permission while I was away, I completely forgot about that, whoops.. But it seems like you all are doing good!

But anyways, on to the goods!


finally, Business Chu has a very important message for everybody: 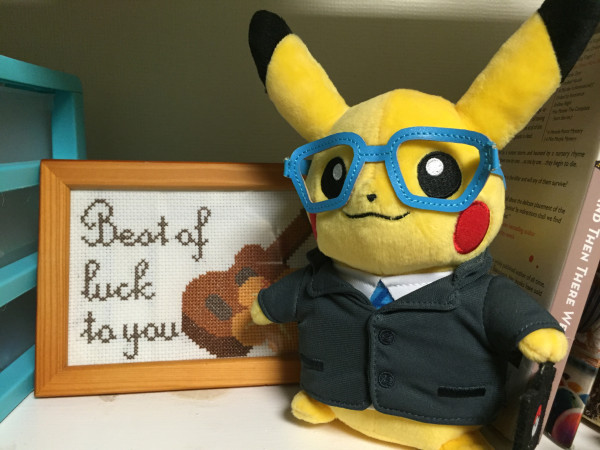 Hi guys, I am going to the Pokemon Center on February 7th! I can get the new Tales items!

I have 15 slots. I can also get some I <3 Mew Plush. So if anyone is interested in her I can pick you up one on Saturday. Price will be $38 shipped for one. I did see the small Mew plush but my ability to win one was poor... They are in a hard machine...
I will do gashapon too if people want those.

For the Pokemon Center on Feb 7th, I have a few pick up slots open commitment style. This means you will pay after I pick up the item(s). I have a list of items here with prices on them: http://gaarasyami.livejournal.com/38708.html This time I will not pick up any of the very large plush like Buizel, Togekiss, or Budew. I CAN pick up the sleeping Pikachu, Bulbasaur, etc if you want those. They are just too hard to pick up and ship without a car. :(

*I can combine Its Demo items with Pokemon Center items as well. Its Demo Prices and items post can be found here http://gaarasyami.livejournal.com/39372.html

If you do not see an certain item on my list please feel free to ask me about it and send me a picture of it.
I also can give you a general idea about what the shipping cost and total would be. But final quote could change after I weigh the package.
There is a possiblity that some items are sold out!!

:Conditions::
-I ship from Japan.
-Please express clear commitment to secure a slot.
-I can also combine items with items from my own personal sales http://gaarasyami.livejournal.com/37398.html
-Please pay for items quickly after I send you the final quote!