I feel like it's been forever since my last (and first) post here! I wanted to post pictures so bad every time something came in the mail, but I knew if I waited I could do a big collection update all at once and make some fun pictures for everyone to enjoy. But first! I want to say how much I appreciate this community being around.

I want to send out a big thank you to these awesome folks who I was able to pick up some great plushes from~!

So, we will start with the 'gets' Hope you guys like the pictures ^_^

I made a Wants List post so I can keep it updated and just link people to it, so here is that --

Here is a little preview of my wants, for people who are more interested in/pay more attention to pictures. (: And here is one more pic I made for fun - Plush Battle!! It's so gritty and hardcore. xD 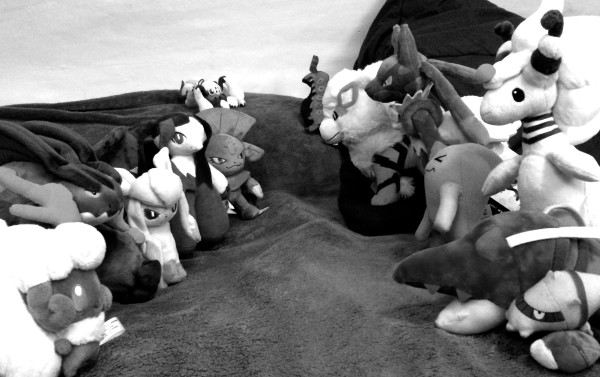 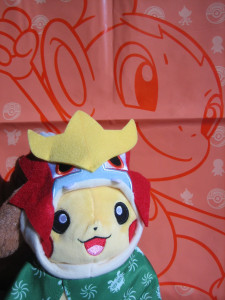 This post is a little belated because of busy time ^^
But I really want to share my recent gets with you :)
( Collapse )

And let's end with gets which needed group shots.
( Collapse )

Hello there everyone, my name is Misty. I am a shy newcomer here, and have been thinking of a way to write this without writing a novel.

My mother has been a collector of Pokemon since the beginning, longer than I personally can remember. From the common things like cards to figures, to the miscellaneous like spoons, jelly jars, and many.. MANY boxes.
She dropped out of collecting shortly before Pokemon Diamond and Pearl came out, and I didn’t pick the collection back up until around Black and White, and even then it wasn’t that big. That wasn’t until I started seeing so many pictures of people’s collection and started watching vlogs that contain large collections (and not just of Pokemon) that I got more invested in collecting. And by “got more invested” I mean am still struggling to get a good footing in collecting. I don’t have a job, and my bedroom is all I have of places to have my collection out (which is right now a mess, by the way).

Due to half of my mother’s collection being in the storage unit right at the moment, I don’t actually know what I have and don’t have, so I am not going to be taking any pictures of individual Pokemon collections yet, as I feel it isn’t giving them justice. Plus, I’ll end up flooding this post with, about, 20 pictures of my collection. Instead, I think I’ll just list off the Pokemon I DO collect in a little list, and how “heavily” I collect them (from low [plush, figures, and/or cards] to heavy [Everything that I can manage to get).

Other than those listed, I like to collect some miscellaneous things here and there, as well. I hope to one day collect as many figures and plushes I can, but that is not here or in the close future.

Oh…and coins, pins, and Pokemon dice from tournaments. This comes from my mother, who collects pins. And because I KNOW I have most, if not all of my mother’s coins, at the least, I felt it wouldn’t hurt to throw a photo of this collection. I owned most of the coins, pins, and the dice were also mine. 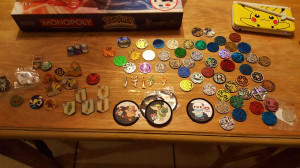 I think that is it. If I continue, I’ll never stop. Hopefully soon I’ll clean my messy room and start getting the things from my collection into my own. Until then, I hope you all have an amazing day, and always remember to smile. :)

Hello, everyone! Things got really busy on my end, and I haven't really had the time to post here for a while. :^( But I just finished with the commission from my last post, so I thought now would be a good time to open a few more commission spots for the month! 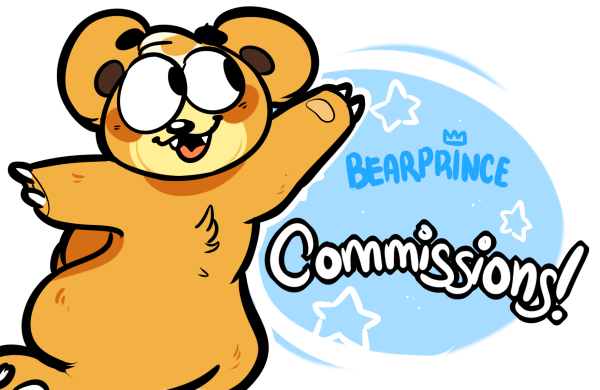 ** You a are always welcome to ask for WIPs and updates on your commission, either through a PM on here, through my email, or on twitter !

** Please keep in mind that I'm currently in school, so commissions may take a little londer to complete. My estimated turnaround time atm is one to two months, possibly a few weeks for the first slot or two.

Now that that's out of the way -- here are the few new gets!

I hope everyone is having a lovely February! Take care <3

So today i wont this lot! Yes i totally did buy the entire lot just for the one clearfile with zigzagoon on it at the bottom. When you're a hardcore zig collector... you just gotta do what you gotta do. Even if it ends up costing you like $300. (^_^;)
Anyways, that being said, once these come in i would like to sell them all.

So if you guys know the names of the plushies and their current price value, i would be so appreciative for your information!! <3

Here is the lot:

Next, i am looking for some TCG cards of zigzagoon/linoone!! :D
I've held off on finding them because i figured they'd be the easiest merch to find, but i think it's finally time i went for it!
( Collapse )

Lastly, i gave my wish list an update, so please please take a look!

If you browse around my website you'll notice it is pretty messed up right now, as i'm in the process of changing everything around! Getting it ready for a huge update whenever spring shows up! I have a huge pile of new items but since all of my photos are taken outdoors and it is currently snowy out... it's going to be a while. xD

I didn't know what to name the subject, so I left it blank. Anyways, I'm new! I joined this community three days ago. I already bought some items that I just don't see around my home town. I also asked a member where he got some figures (I'm sorry I forgot who you were) and he told me. I went to Walmart and sure enough they had the same figures! Of course the one I want was sold out but it's just amazing because we didn't get any Pokemon items so it was always to Amazon or ebay, but now because of the anniversary they brought like everything.
Anyways, I just wanted to thank the lovely folks who helped me out and I didn't know how to reach them so this is a thank you to them and to this community for making Pokemon a thing of the future instead of a past. I'm so lucky to have stumbled on to this site. Thank you!!

Hey guys, I thought I would share with you some stuff I got recently. Hi everyone, just a short and sweet post. Has anyone heard from

kingfeebas recently? I've sent them a couple of messages and it's been close to two months since I've heard anything from them. Has anyone else been having this issue?

I know I only posted yesterday, but I arrived home after my 9:00 class to see a package that wasn't due in for over a week, and as it is the last package I'm expecting for a while, I figured it was time to do my last big post for a few months!

That is EVERYTHING for now! :D
I won't be posting for a while, most likely, due to the SSS (so excited!!! :D ).
I'm still after a Natu Pokedoll, if anyone has one!

And finally, my collection site is here-
http://shiningcharizard.weebly.com/

If anyone would like to affiliate, please let me know! :D

Thank you all for reading, you're amazing if you read this whole thing!!!

Best wishes, and have a good day everybody!

Ohhh my gosh somehow one of my big grails has popped up and I am lacking the right funds right now to get it, so that has led to... 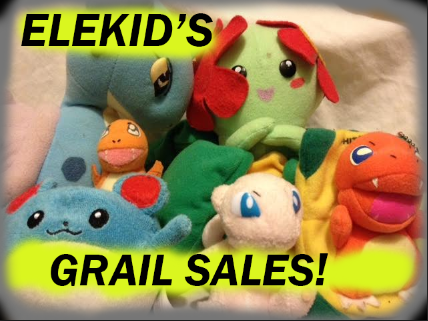 I have put up a lot of my rare/unique items that I'm a little hesitant to part with, but I'm willing to haggle on anything in my sales post right now. Please take a look and see if there's anything you're looking for!

Hi all! I re-opened my sales post and added some new items, including Pokemon Time goodies from the recent campaign, My Pokemon Collection plush, and more along with reduced prices! Check them out here:

Additionally, I'm auctioning off my beast trio Pokedolls and walky Cyndaquil plush under the cut.

Sales Permission was grandfathered in at the beginning of time
Feedback: http://feedback.pkmncollectors.net/feedback/view/flag/

And of course, a reminder that there's several cool customs available for purchase at my Etsy store! 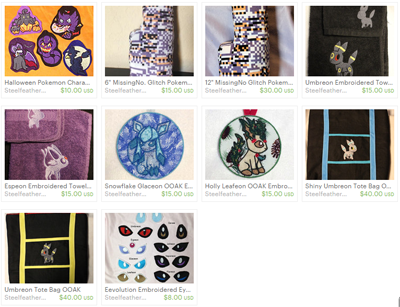 Hello :) I come today with this Espeon EX to sell. I ordered one online and against all odds, managed to pull one as well xD I'd much rather it goes to a comm member who wants it!

I am looking for this little guy and someone that would help me obtain it. I don't think this series is (or will be) available in Europe and the prices on eBay are quite mental (about $40 w/shipping). 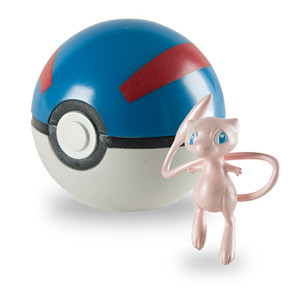 Thanks guys!! (Snubbull/Granbull is the priority right now, so if you have ANYTHING related, please link me to your sales!! <3 ) 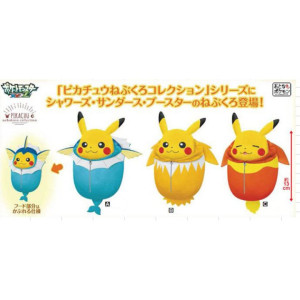 found it on this site here
http://www.play-asia.com/pokemon-xy-z-nebukuro-kanto-eeveelutions-plush-pikachu-vaporeon/13/709om5

So as of late, I've realized that collecting reverse holo cards is just too much for me - especially when I'm quite fussy on condition and about 85% of the card is holo @__@; So, I'm selling my collection of them!

Any cards here can be combined with stuff from my sales here: 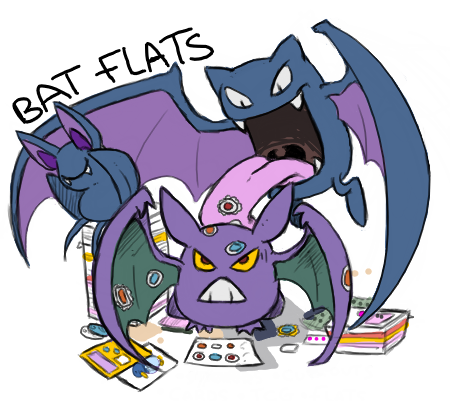 
I'm happy to trade cards/flats for TCG cards that I need! Also might be looking to make some small purchases if anyone has cards for sale I need.
Condition of cards MUST be MINT / PACK FRESH. I'm very fussy with condition!

I do also have a staggering amount of rares and holos for trades that are unphotographed. Hit me up if interested o/

I'm looking for some things! Help me out if you can, I'm ready and willing to throw some money! 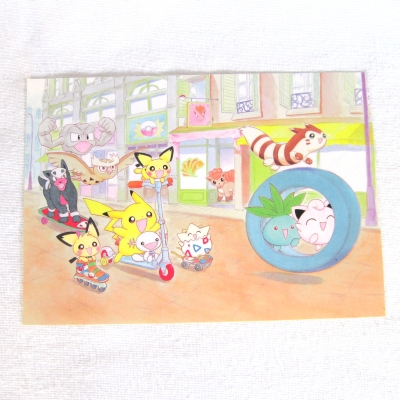 And basically ANYTHING with a Furret on it. I'm probably even interested in TCG at this point. Thanks!

Sorry to post again in that short time! But I´m beginning to do ACEO cards now (love these!), which means, Pokemon art on cards which have the size of a pokemon tcg card! So they even fit into your pokemon card folder! Or display in a foil on your wall as decoration ^_^
For examples of my art (traditional only!) and rules and prices, just click the cut below! Please read everything if you´re interested, I really put all info and such in it :3

EDIT: I forgot the slots! xD