Hello, Its my first sales post, so I hope I did everything ok!
Here is a preview~ 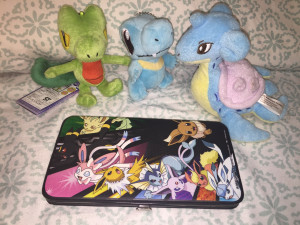 As its my first sales post, I may be a little slow with the back end stuff, but I'll be as quick as I can.
Thanks!

I know it's a long shot, but I'm looking for nearly any item from the pokemomo promotions. Comment here if you have something to offer (extneral links to auctions or stores that at least have more than one item are welcome too!) Thank you! (:

I have a question for someone who might be more aware. I checked my inbox just right now and every saved comment in my inbox is deleted. Is any one else having this issue? It's pretty important in case comments are posted in sales/auctions/GAs, but shows up in member's inboxes as deleted!

Remember that post I made a while back about the leaked Tomy figures from Yesasia?
Well, according to this poster from the upcoming movie: ( Collapse )

Hmm? A shiny Mega Gardevoir and shiny Mega Gengar? So that's why the tomy figures decided to include them in their line-up! But anyways, when is Mega Alakazam gonna get a figure? I understand that it may take a while to manufacture but remember the Hoopa Unbound moncolle, it had clear plastic supporters so why not the same for him? :/

Heh, anyways it was just a ramble post I wanted to talk about.
But what do you guys think?

Hi again! I'm back with another set of eBay lot auctions, though I've got a few straight sales here as well.

Besides the sales in this post, I've added a few more items to my Storenvy shop, Lightning Kitty Sales. You can use the code 'COLLECTORS' to get a 15% discount! (However, I'm planning to close up shop again in mid March, so don't wait too long to get any items you might be after.)

(The link above is to the Pokemon items in the shop, but you can use the code whether or not you buy Pokemon items.)

Hi everyone! I'm kind of new here - I made an LJ account 2ish years ago for the sole purpose of joining PKMNCollectors buuuuut I got nervous and also became super busy with school so I kind of abandoned the account and would like a fresh start! I didn't stick around to learn too much last time (I don't think I even made an intro post D:) but I hope to this time around, haha. So if I'm doing something incorrectly please let me know. :)

Anyways, I'm amandajane027 (previously known/not known as jubilant_mew) and I adore Pokemon. I used to watch the show a lot when it first aired but unfortunately stopped around the time Ash & friends journeyed to the Hoenn region. I've played every generation of Gameboy/DS games growing up(Except for Diamond/Pearl :( ) and still have all of my old plushies and figures. Oh, and cards. I have so many cards, and no one to play the TCG with. Everyone I know who still loves Pokemon has seemed to move on from the TCG, unfortunately.

I mainly collect Mew, Eevee and the Eeveelutions, but also have a pretty strong Pikachu collection (for being out of the collection loop for so long, anyways, haha) and would like to begin collecting Skitty, Vulpix, Absol, and maybe Bulbasaur sometime in the future, but really want to focus on Eevee and Mew for now. Most of the items I own aren't in the greatest condition; I either got them as gifts and played with them endlessly outdoors as a kid (my best friend and I liked to build mud cities for our toys) or purchased them at garage sales in an already used condition. I currently don't have specific shelves lined up for my Pokemon (other than Mew & Eevee) so they're all kind of displayed on my old Pokemon Stadium for this post, haha.

Alright, onto Wants! If anyone can help me find some of these, or has any for sale, let me know! I would be extremely grateful. :)

Thanks for taking the time to read my post! I'm excited to become a part of this community, and to admire everyone else's collections/help them add to them! :D

just got this in the mail last week! I was going to collect all the Kanto gym leaders, but then Yo-kai Watch entered my life, sooo just going to wait for my absolute favorite gym leader; BLAINE!!!

This figure is unopened, mint, and will be shipped the day payment is sent!! 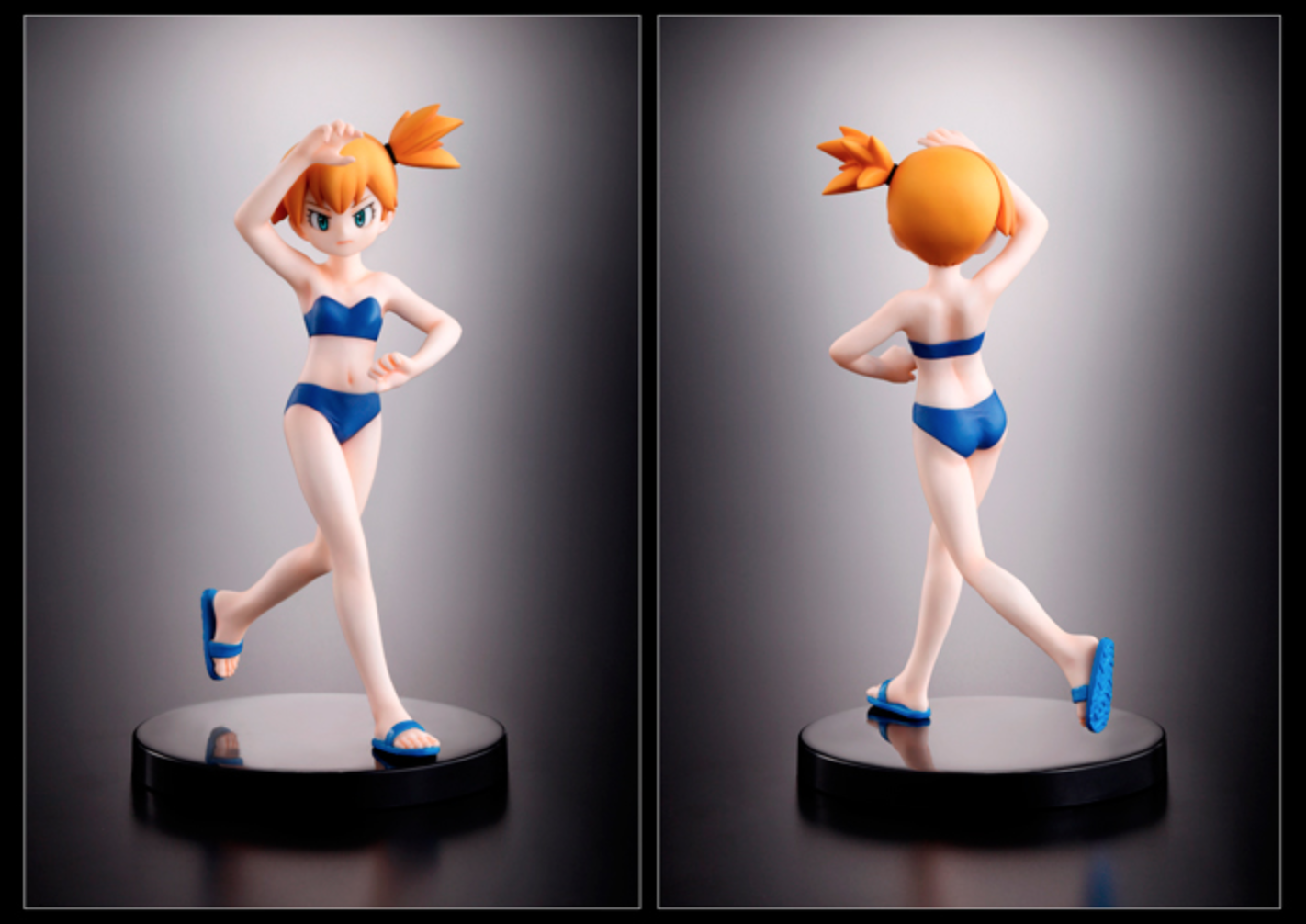 asking for $55 SHIPPED in the U.S.! Open to international as well, but the shipping price will differ, so you'll have to let me calculate it for you; let me know :) thanks so much in advance, all!

I was granted sales permission in 2010 through denkimouse.

I am in the midst of completing my collection website (been slowly going through it this past year...), but my goal is to have it finished by the 20th ANNIVERSARY! Stay tuned for fire goodness and cute flame dogs; I can't wait to show everyone how the fire collection is set-up!

On a side note, I am looking for some things for my Furret collection. I've complied them under the cut below. PLEASE let me know if you have any of these items!

Instead of posting for specific items, dont want it to be obvious, it would be awesome if anyone could post their sales link as a comment and maybe a little list of what youre selling.

Might help everyone else as well when they start searching.


Seeking plushies and figures and, well, everything! ^^

You guys are the best, thanks for helping < 33

I am here selling a full set of PokeTime rubber straps! I bought this out of desperation for Shinx, but I found my own after I purchased it. I thought I would sell them for close to what I got them for!

** Each regular strap $10 and secret strap $12 (+shipping and fees) **
All straps are Mint In Package! I had to open all the boxes so I know which one is which. They will all be shipped in their original boxes inside a small bubble mailer. Inquire if you would like extra protection!

flag for Starly. I am going to hold these for them 48 hours after this is posted or when they pass.


*PLEASE BE SURE READ MY RULES BEFORE COMMITTING TO ANYTHING*
Last updated: 1/29/16

Sales permission was granted on July 8, 2015 by SKDarkDragon.
You can view my feedback here.

Thanks for looking! I hope you all have a great day!

Coming soon from me: More general activity, a real intro post (after more than a year XD), and a huge collection update! See you guys soon!

Nintendo just annouced this promotional with Pokemon's 20th Avinvarsary
I think it's the new splatfest Green vs Red (JP) and Blue vs Red (the West)
More importantly the shirts exclusive to the Pokemon Center in Japan!
Two of my favorite obsession!

Hello everyone! I just wanted to say that I updated my sales post today! I added a bunch of TCG! Here's a link to my sales post or you can click on the banner below! Just got in my pearly M Mewtwo X figure from

pepperzark and I love it!! I never did see these in stores (even though I think it might have been a TRU exclusive?) but I definitely need a pearly M Mewtwo Y!

Looking to pay $10 shipped (in US) for it like I did for the other one.

(Pic borrowed and cropped from Google Images.) Anyone have??
Collapse