If anyone knows of any way to get this cheaper, please please let me know.

There's even a little bow engraved on the nib, it's TOO CUTE.

I got a few gets before the SSS started. Some things came in, some have yet to come in. And the one package I ordered, I think it got lost in the mail. So I'm pretty bummed about that. It shipped out on the 12th of last month; hasn't come in yet. I chose two week shipping, too. Poopoo. *Edit* Woops it came in today. Wonder why it took so long? Updated my sales (again) with new items.
This post is super image heavy, just a warning.
I recently got glow in the dark paint after doing some canvas shopping at AC Moor. I painted some of my doubles including my keyring Giratina. They look super rad.
( Collapse )
I updated my website, too. All pictures are up to date. Although my pictures are no longer individual. Most are now grouped together by type; mainly because retaking all the photos and having (little) patience with Weebly's (slow) servers is a pain in the butt. See collection site here. I am always looking for affiliates, too. You should comment below with your website and banner if you want to affiliate!
Also, an overall collection update because I ran out of shelf room. This is excluding the large altered plush I received yesterday
( Collapse )
Onto the sales.
( Collapse )
( Collapse )
Wants | Collection | Twitter

This is my first time posting to this community so I thought I'd introduce myself :)

I am a long time pokemon fan but only recently, with all the 20th anniversary hype, started collecting plushies.

I have a question about a bunch of pokemon figures I stumbled upon.Sorry about the bad picture quality but one thing that stuck out to me was the black colour on the chancey figure. Are these fake? Are there sure fire ways to know if figures like these are real or not?

Anyway thanks for letting me in this awesome community, I'll continue to lurk and learn :D 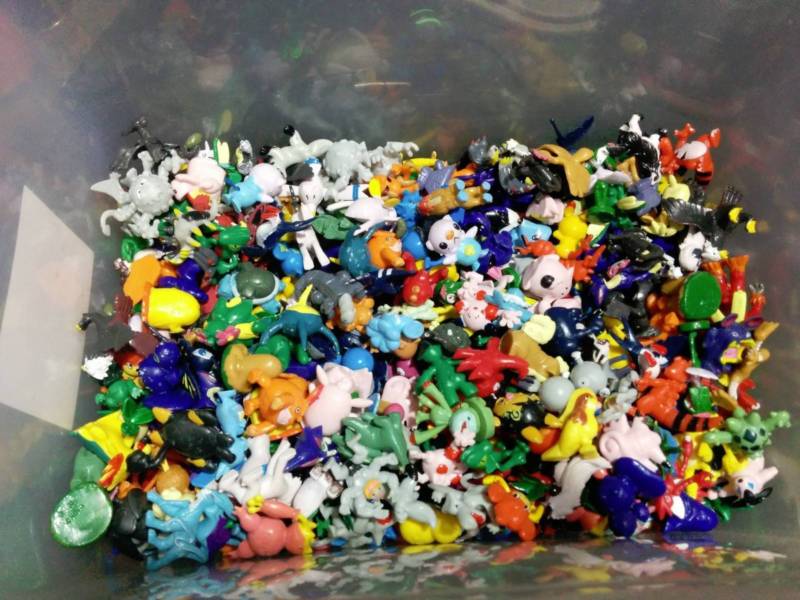 I have an (ethical) question for you all. It is something I think I need advice on!

So as you all know, the Kanto 1:1 starters are soon to be released!
Now, as some of you (who know me) may possibly know as well, I only collect second-hand (pre-owned) Pokemon merchandise because of ethical and environmental reasons! (I think worker exploitation in China is bad and it's not good for the environment to buy new stuff when there is so much pre-owned stuff out there).

However, for very special occasions, I sometimes also bought new stuff. Actually, I said to myself not to do that anymore since I really have a bad consciousness about it.
However, the release of the CHARMANDER LIFESIZE STARTER really made me question what I should do! This plush is like a dream come true for me - ever since I was a child, I have been wishing for a lifesize Charmander plush like that - a "real" Charmander, my favorite Pokemon!

Now, my question is, should I rather buy it right away (new) or wait until it is available pre-owned?
First up, I am totally willing to spend more money on a pre-owned one, however, I am a little bit afraid it might rise up in price so much that I could end up not being able to afford it at all!
Secondly, does anyone know how many of these will be made? I am so afraid they won't be available at all later on, or at least so hard to find that it's virtually impossible. However, from my experiences, you do see other 1:1 starters around from time to time, so maybe it will be the same with these as well.
My thought was searching for it later on on Yahoo Japan. I know there are the fees you have to pay, but on the other side, the items are usually closer to the retail price there, plus shipping is cheaper than from the US to Germany.

I actually almost settled with waiting for pre-owned ones, but it would be nice to hear your opinions, or even experiences, as well. What should I do?

On another note, I am still searching for an
AMERICAN NATU POKEDOLL (preferably in used condition!)

I have a Wooper Pokedoll AND a Croagunk Pokedoll for trade too, and would consider trading other Pokedolls in my collection as well! 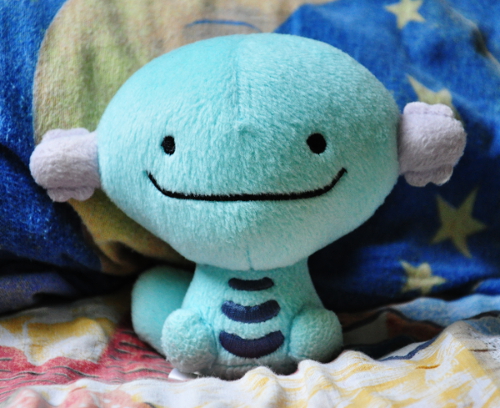 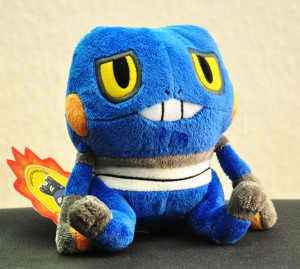 Here's a reminder that my offers for my DX Jirachi and Bonsly Pokedolls ends in about 19 hours!!!

Each picture will take you to their respective offers thread. 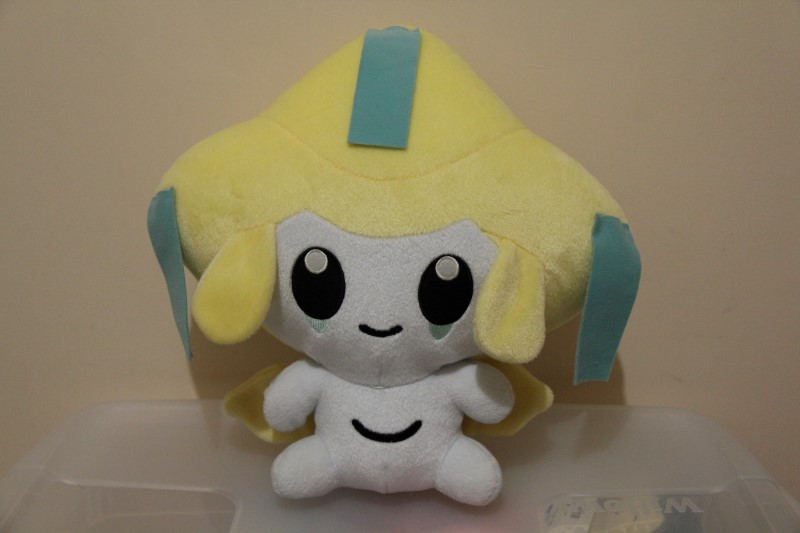 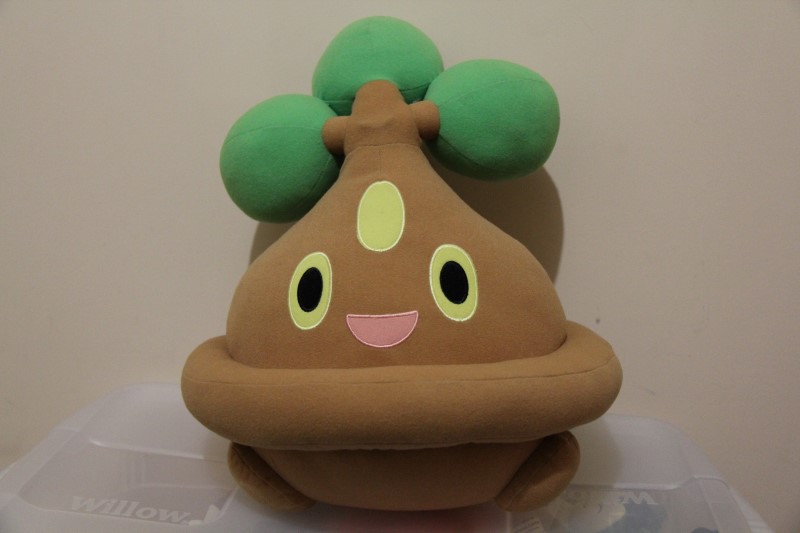 Bonsly is still at its starting offer so don't miss out on owning a rare beauty!

UPDATE: Thanks for all your replies and help.


When are the 1/1 kanto starters coming out? Is any one doing pick ups? And how much is it in us money?


I cant figure out the yen prices even with googles help.
Im really looking forward to Bulbasaur and squirtle but if its really expensive, i just want bulba

hello!!! I got my bag of little tales stuff today + I succumbed to temptation of buying TCG packs... so I got 3 packs of Pokekyun cards. 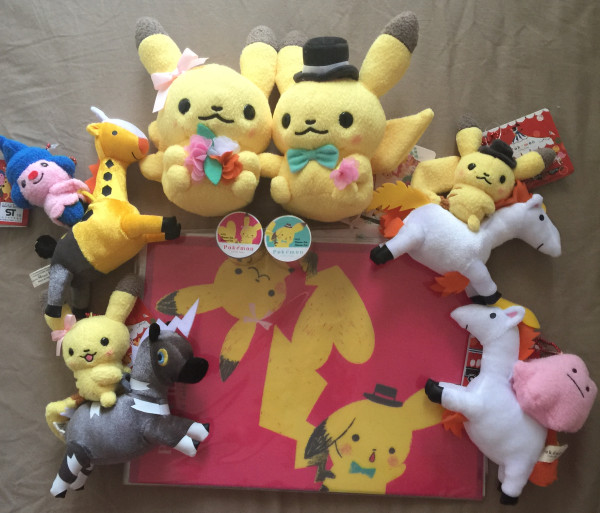 Open to: All, detailed results viewable to: All. Participants: 50

I figured it was a long shot but dose anyone have one of the 20th aniversary mew plush they're selling close-ish to retail value? I was informed a bit too late. Now i can't find one for a reasonable price anywhere.
And i wanted to know if there's any major differences between the japanese kuttaris and the ones from the pokemon center website. I remember seeing something on it some time back but i don't actually remember what was said.
Thankyou in advance. ^^

Also I got some extra I <3 Mew and would like to sell them! I have some other items such as clearfiles and plush up for sale here as well: http://gaarasyami.livejournal.com/37398.html

It's been awhile since I came around here! I wanted to give a quick post showing my active collections now and also ask if anyone has some Cofagrigus/Sigilyph/Honchkrow/Murkrow things.

These are my three active Pokemon collections as of right now. Cofagrigus; Sigilyph and Honchkrow/Murkrow. I am looking for any merch of these guys that I don't have; especially figures and battrio coins!
It's been a long time since I've been around so I'm really super out of the loop on what merch has been released; so also if anyone can let me know if any of these guys have new merch I would be super appreciative!

I'll be able to purchase any merch that you might have of these critters starting at the first of next month; so if you have anything you think I might be interested in let me know!

Long time no see guys! It's been eons, I don't even know half of you that are posting anymore whhhhoops. I've kind of tapered off with my personal collecting habits, and actually sold a good chunk of it off last year. But....there's some things I still need in my life

I'm on the lookout for Pan Stickers to cover my laptop with and I know you guys are the best place to come for them!

I'm also interested in commissioning a custom plush, preferably made of minky with machine embroidered eyes c: Comment with prices/examples and I'll message you with specifics!

sales permission granted by denkimouse 4/23/2011 and my feedback, though super ancient is over here! http://feedback.pkmncollectors.net/feedback/view/cinnri/

On March 5th, there is a new Pokemon With You charity campaign with proceeds going to the children affected by the big earthquake in Japan from five years ago. It's called "Grow the smile of flowers". I think the design looks awesome and has some favorites of mine in it! 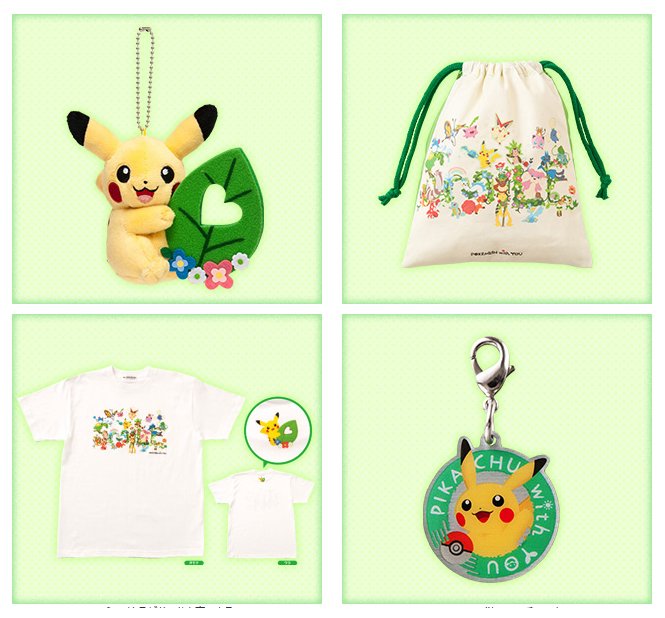 Kyoto Pokemon Center! Not too much though... The Center opens March 16th. 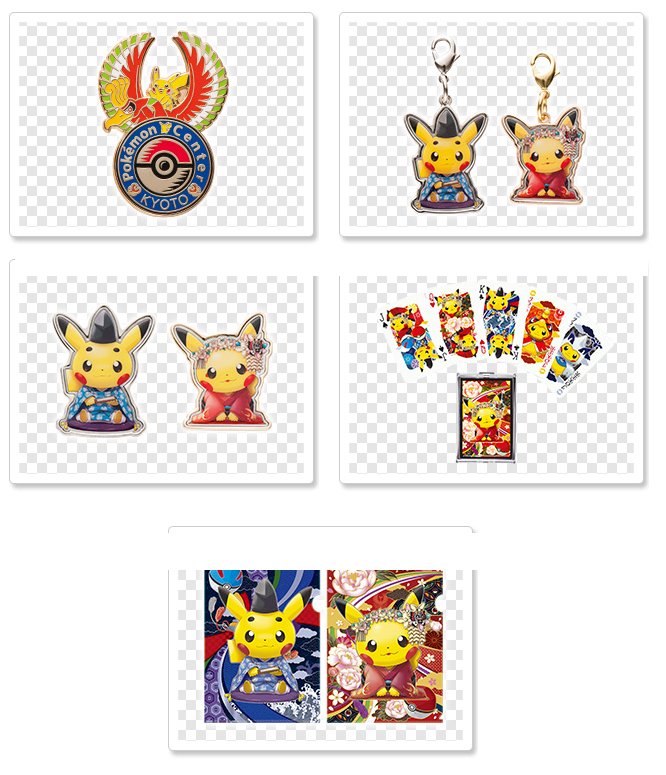 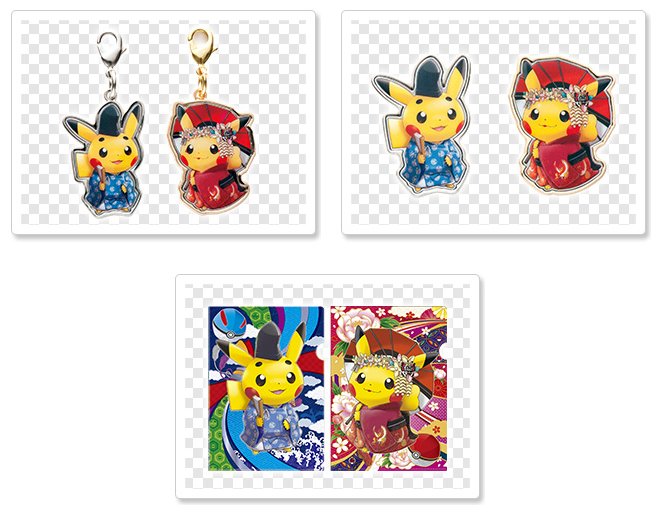 This design of the metal charms, pins, and clear file set will be available at all Centers.

I'm sad there doesn't seem to be a plush announced in today's news ... but we can hope they will announce it in the upcoming weeks? Well, my wallet is relieved for now. Edit: Should have mentioned it does say and so on at the end of the list so maybe we'll see in a Daisuki Club update but I'm surprised why would they not have the full list up yet on the site...

I can't wait to see the new Monthly Pikachu Pair tomorrow when GradChu gets released!

Hello there guys!
This is a different kind of post that you wouldn't normally expect! First of all, this post was approved by a moderator, so I may do this survey.

What exactly is this about?

I am a student of International Management at the University of Comenius: Faculty of Management in Bratislava, Slovakia, and I am in my last 5th year in Masters. During Masters, each student has to write a diploma work on a topic that they want to work on. My topic includes "Consumer protection and intellectual property rights in a selected product category". My selected product category is Toys (so plush, figures, merchandise, exactly what we like to collect!), and this survey is about the fake products that we meet much more often than we used to, especially through the growing e-commerce.

Why did you choose to write about this exact topic?

Over the years, my love for toys hasn't really changed, and my love has even reached higher when I started collecting mainly Pokemon. So I was thinking what would be a good topic to write about that would also involve writing about something I love? That's when I talked to my professor about it and he suggested writing about counterfeit products, an area I am very familiar with as a collector. I thought that since this is now a worldwide reocurring problem and phenomenon, where we are surrounded by such products on an every day basis and these are being sold just about anywhere, I thought this would be an interesting topic to write about.

It is very simple, I have made a survey that you can complete! Every person here would help me out LOTS by filling out this survey and support my diploma work. Please, whoever fills out the survey, be honest with your answers! This survey is anonymous, meaning that nobody will find out what you answered. So if you buy a fake product on purpose from time to time, it is OK to answer that. This is a study after all, and there are people who buy fake products for personal reasons.

May I see the results of the survey?

Certainly! However, you will have to wait until the end of April to find out the results of the survey. This is a diploma work after all, which will be checked through a system whether I didn't copy texts from another source, if my citations are right, and so on. So I will make a post with the results here once I have submitted my entire diploma work to my university and it's in their system.

If you have any other questions, please let me know, I'd be glad to answer! :D

Thank you again for your cooperation guys, you can't even imagine how much it means to me! <33
Collapse