Hello! Been a while since I posted, but I'm back with a few grail wants.

I work at a nerd store that sells collectibles for anime, video game, and other nerd properties, and I'm also the person who picks the stock to display from our available inventory in our warehouse facility. Imagine my glee when I discovered that we ordered a bunch of the All Star plush! I just had to share with people who'd appreciate the cuteness.

Most of our Pokemon plushies are by Banpresto, so I was really surprised to see them. It was a bunch of fun opening up dozens of these cuties to put out on display, and I couldn't resist taking a group picture of them. ^^

The Jigglypuff in the picture ended up coming home with me by the end of my shift. I didn't realize how very soft these plush are, or that they had beans in the bases to help them stand. I've gotta be careful, though... These guys are pretty addicting and I'll have to work alongside them for a while, now. It'll be hard resisting buying them all. :D

Good morning! The other day my Little Tales tin set arrived but I only wants one, so I'm selling the other for just $8~ it will be empty so please keep that in mind :) pics along with my other sales items are below!

poke_zula  thank you! <3) and I don't want to clean like I normally would in fear I would scratch off the paint. 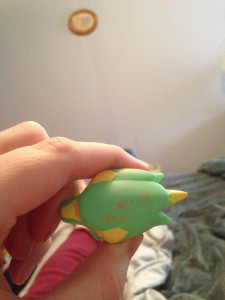 Thanks anything is useful!

Hello, I hope everyone is having a good week. Just a quick question/want. I was wondering if anyone had additional pictures of the kororin plush, like a side view, and if theres anyone doing pickups for them? I'm interested in the eeveelutions

Thanks for your time!

So I come to you with a kind of specific kind of want today. My friends birthday is coming up and I got her some Pokemon cards, however I want to present them to her in a really cute Pokemon tin, of course. Basically I'm looking for a PC promo tin that fits a couple of cards and is preferably under 10$

I'm looking for some items for a gift, my wants are here:
http://xxstarcassxx.livejournal.com/3778.html

As I live in australia, I would like to buy a few items at once, if they can not be posted as a letter.
As this is the case, I'm fine with buying a few things for myself along with them :) (my wants are located at the bottom of the linked post)

I don't have a very large budget so I am Mainly looking for a few small items like some charms, kid figures ect.

ps: this is not for sss! 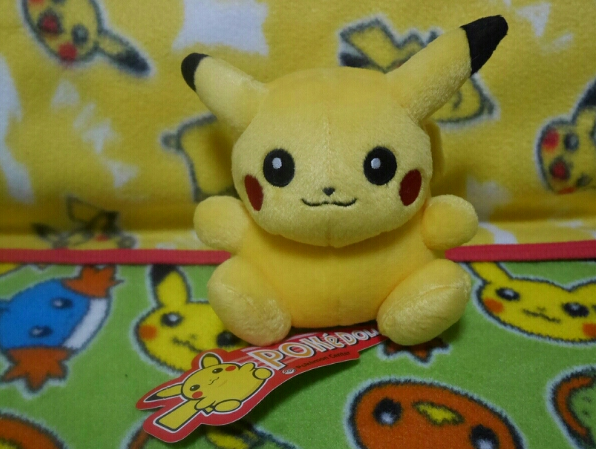 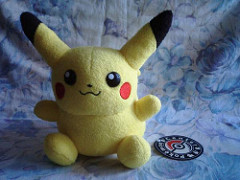 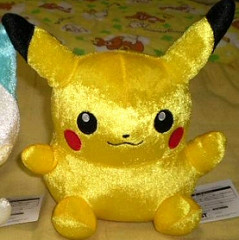 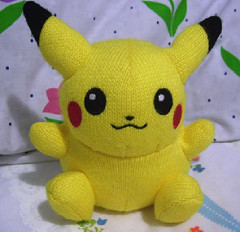 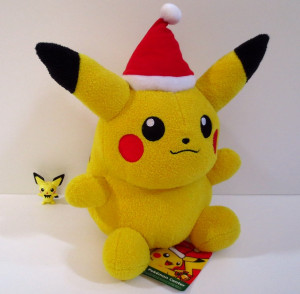 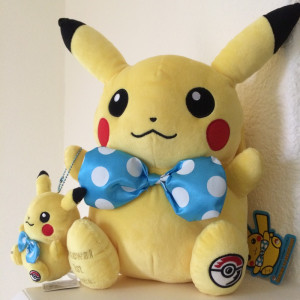 I've been debating whether to buy the Eevee Ichiban Kuji Pikachu & Friends with Berries Plush for a while. I've decided that I do want it, but all the cheap ones on eBay have sold. Is anyone here selling one for under $50?

Hey there, it's been a while since I last posted on the community, but have been busy with exams lately (exam session in Italy last way too looong). I have got a lot of zukans lately and am looking forward to showing them to you all, though there is a special one for me I would like to grab now and for this I'm posting this reminder.

ku_bek! Click on the image to see what is still available for claim! :)

Thanks for reading and I hope to make a gets post very soon!

So, I got a few new plush, and did that thing where I take pictures of them to share. Let's get to it! >:D

And of course, now I can update my Wants list, which I will leave a link to, and a little preview pic so you guys can tell if you have a Pokemon I'm after with a quick glance. ^_^ 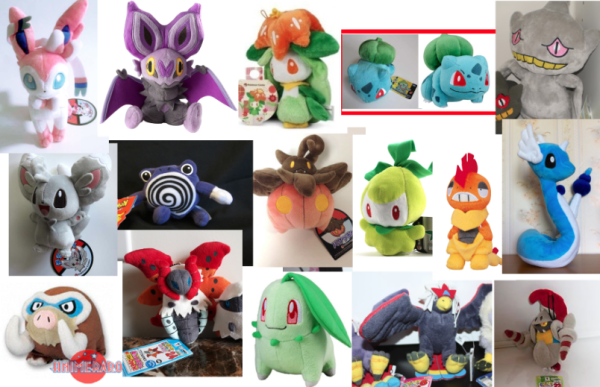 Thanks for reading guys! Hope everyone likes the pictures.

peppermmints and I decided to role payments 2 and 3 into one final payment, which can be found here:

The final payment can be found in the light blue column, which you can see by scrolling right on the spreadsheet. There are two totals depending on whether you would like your stickerbooks shipped in bubblemailers or shipped unprotected in envelopes. Please comment below once payment has been sent, letting us know which method you have chosen.

Payment is due within 24 hours of this being posted! Please send it to Sammie.Rivers(at)hotmail(dot)com and put your username, the stickerbooks you have bought (including any extras) and Stickerbook GA Final Payment in the memo section. Also ensure that your PayPal address is the one you want the stickerbooks sent to, because that's the one that will be used! :)

Links to screenshots of postage costs and fees can be found under the cut below
( Collapse )
Then those stickerbooks should be on their way to you soon! :) Thanks again everyone for making this such a successful GA and we hope you all love your new items! :D

I hope you're all doing well! Lately I've been expanding my collection of Pokemon music books and CDs, so it seemed like a good time to post a collection update.

Phew - Sorry for such a long post! I'm interested in hearing what Pokemon music you enjoy best. Do you collect any of the Pokemon music? Do you prefer the music from the video games, the TV show, or from the movies? Thanks for reading!

I was wondering if someone could help me for something Pokemon for USA. Lot's of products are so expensive to ship to me (the netherlands) and usa is just very cheap! I had a middleman in USA, but she was too busy to do it anymore (I can understand that, life is very busy sometimes! And I was very happy with her help :) ) and now I need someone else :( Is there someone in area east USA (maybe boston/newyork?) thats the area with cheapest shipping to the netherlands.

If someone needs me to be a middleman, please ask! No problem at all :) (Netherlands middleman of course XD)

Have a nice evening and thanks for reading <3

Hey community it's been a while (: I hope everone is happyly shopping for the SSS person.
I just thought I'd show my new set up WARNING: IMAGE HEAVY
( Collapse )

Im just wondering when they tend to restock. I wanna get the new Mew Pokedoll but every tike i look its out of stock. And no one from here ordered any theyre selling.

So I made a collection site, since seeing everyone elses makes me jelly. It doesnt have all of my collection just yet since they are at my fiance's apartment, but a lot of them are.

check it out! its still missing about 30 or so plush I have coming in as well.

INCLUDING the legendary dog set I finally got a hold of :D

So this post is mainly for my SSS gifter, whoever they may be!!

First of all I am dreadfully sorry that it took so long to get my wants list/website together @ -@ I underestimated how long it would take to take pictures of everything and put them onto the site. It also didn't help that for whatever reason trying to get pictures from a Galaxy Phone to a MacBook is a VERY frustrating process @ -@

My website isn't technically done, I have a lot of cleaning up to do! But it's more important now that pictures of my collection and wants are available! So I'll leave a link and you can hop on over!

And to anyone else is interested! As long as you don't mind a cluttered site and just want to look at my collection/wants, feel absolutely free to!! Also please let me know if you sold an item to me because I'd love to credit you! And finally if you'd like to be affiliated with my site, drop my a banner and link so I can link to yours! :D

Once I have the time I'll be making a post about the Yahoo Japan Auctions Archives which aren't technically accessible from them, but rather from a weird auction data collection site...
But it has been VERY helpful to me in finding items to look for for my collections! You can go back up to ten years! So be warned, you may find items that you want in your life but are so old and rare now that they are near impossible to find! I may or may not be speaking from experience.

SO watch out for that!
I also finished shopping for my SSS and I'm SO excited for everything to get to me so I can pack it up and send it off!! :D

And just one last thing from me...
( Collapse )

That's it from me! Later everyone!

I don't know if this is allowed but Nintendo announced earlier today that there would be a Pokemon Direct at 7 am Pacific time on 02/26/16!!

And here's the link to where the Pokemon Direct will be aired on the Nintendo Direct website: http://www.nintendo.com/nintendo-direct/02-26-2016/

Again, I don't know if this is allowed, so I'm sorry if it's not and I can definitely delete it if it's not. But this is extremely exciting news!! The exciting part about it is that this is not just a normal Nintendo Direct, it is specifically a Pokemon Direct! If you didn't know, there has only been one other Nintendo Direct specifically geared toward Pokemon, aka a Pokemon Direct. This was back on 01/08/13 and was the announcement for Pokemon X and Y, the first time we saw Chespin, Fennekin, Froakie, Yveltal, and Xerneas!!

Needless to say, they clearly don't do Pokemon Directs very often at all and they wouldn't do one for no reason. It especially doesn't seem like they would do one simply to announce something that everyone already knows about, such as Pokemon Go, Pokken Tournament or any other side game. I am really hoping this means the next main series game will be announced!! At this point, my guess is that it would be "Pokemon Z" or whatever the next installment to gen 6 ends up being called. Plenty of people also think it will be Gen 7 but I just can't see that happening yet, especially since we don't have any gen 6 games that have all of the forms of Zygarde in it yet, nor has Volcanion been officially distributed. And I could even see them adding some more Pokemon to a new gen 6 installment since it had so little new Pokemon to begin with. I'm specifically thinking of Magiana here, I really do think it's going to be a new gen 6 Pokemon since it seems to be tied to Volcanion so much.

I could be wrong, of course, and it could end up being gen 7, or the Pokemon Direct may not end up announcing a new main series Pokemon game. However, with how little they do these and what it was about last time they had one, I simply can't see how this could go any other way!! I certainly felt like this was important enough to share with you all once I found out about it. I will unfortunately be at work when it comes out, though. xD Please share your thoughts on what it could be about, what you want it to be, etc.! :3
Collapse