Just a reminder that my Eevee Twinkle Dream and Modern Art icniban kuji auction is ending on 2nd May 1pm, GMT+7 which is around Sunday midnight in the US timezone!
Most of the items are still at their starting prices (~$4-6), which is around how much to play the lottery for once in Japan ;3c 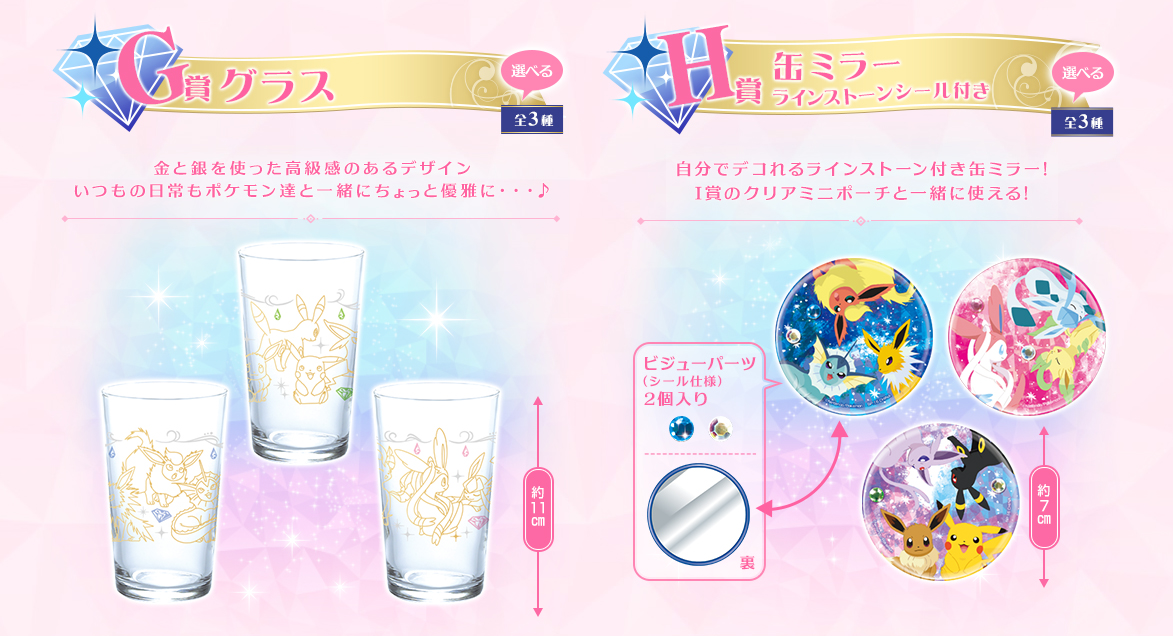 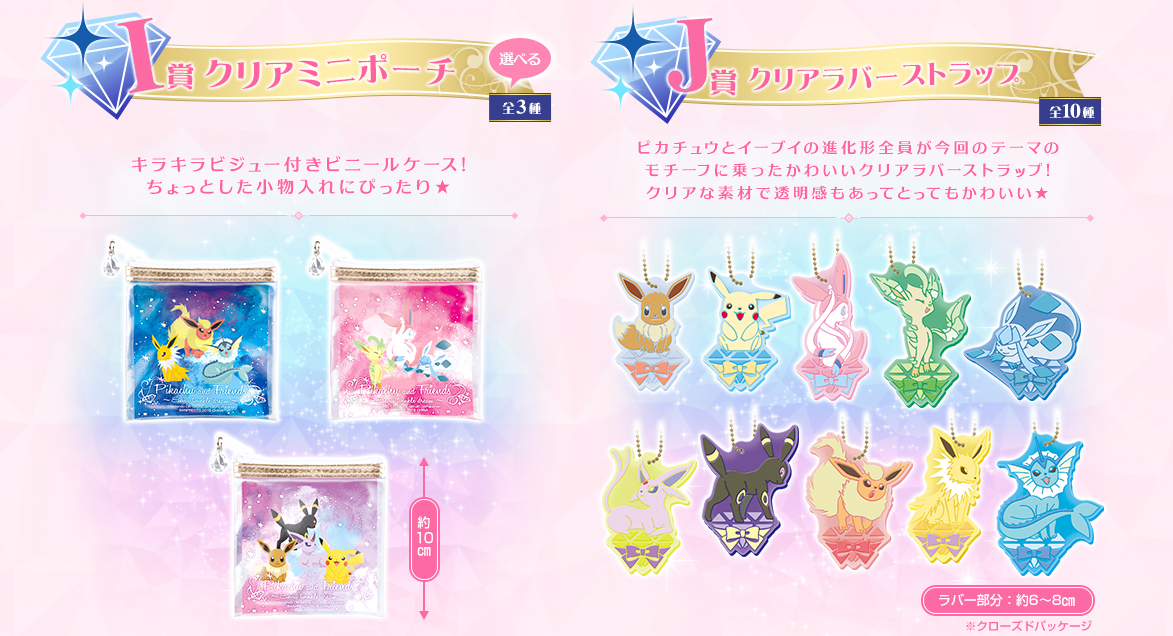 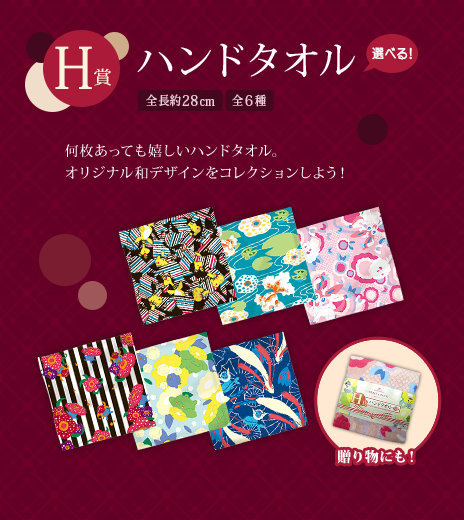 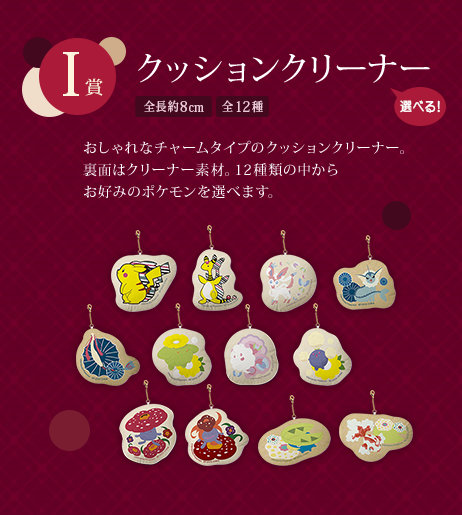 i'm considering picking up this Pokemon diorama but I wanted to know how big it was first. does anyone know the length, width and height of this figure? any help would be appreciated. 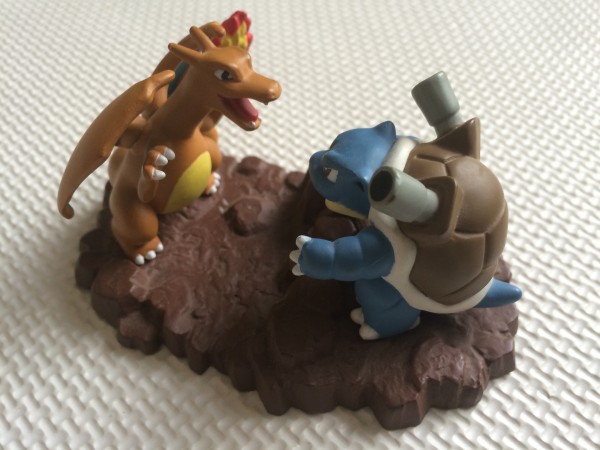 Hello! I am looking for the Vaporeon twinkle dream kuji strap! I keep missing it when people have it for sale! Let me know if anyone knows who has this for sale! :)

I also have some sales:
http://ssjvap.livejournal.com/1504.html
Preview:

Hey comm! It's been a while since I've actually posted something... Life's been pretty busy, but I just got the full time offer at work! I probably still won't be posting often, but you're sure to see me around more sales posts. ;)

Anyway! I've recently decided to collect Mareep and Flaaffy! I have a tattoo of a sheep that I've had for a year now and the sheep pokemon have been worming their way into my heart ever since. Unfortunately I missed out on all of the sheep stuff that Pokebox has made, so I'd like to compile a comprehensive wants list. So I'm asking you to please share photos of your Pokebox sheep in the comments so that I may use them to make said list!

Picture because cute sheep are cute <3 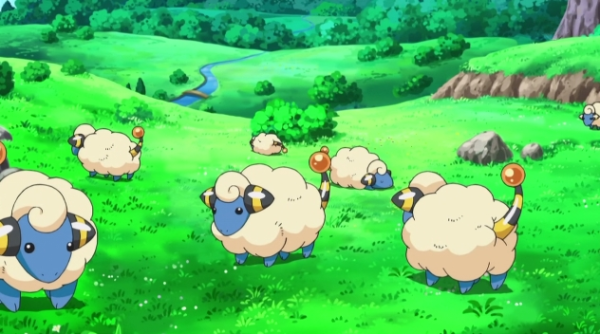 I hope everyone's enjoying this lovely weekend and the new Darkrai event ! <3
Just back with a sales reminder and a video opening the previous event's box (Jirachi box) !
I got some pretty nuts pulls! :D

Also I sold a lot of the goodies from the last sales post (THANK YOU SO MUCH!!) but there's still a lot more, and I'm flexible to reasonable offers and bigger discounts the more you buy! <3 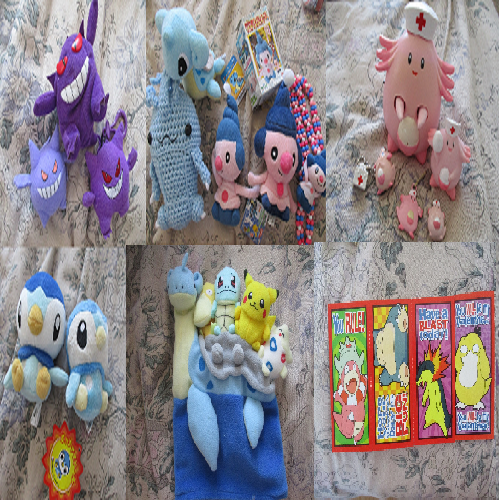 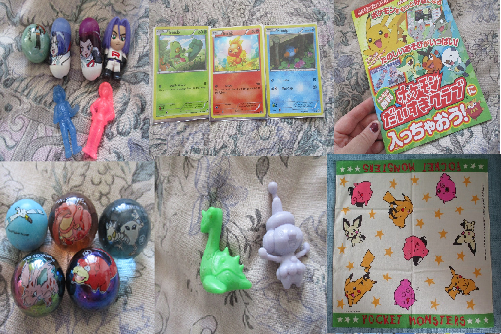 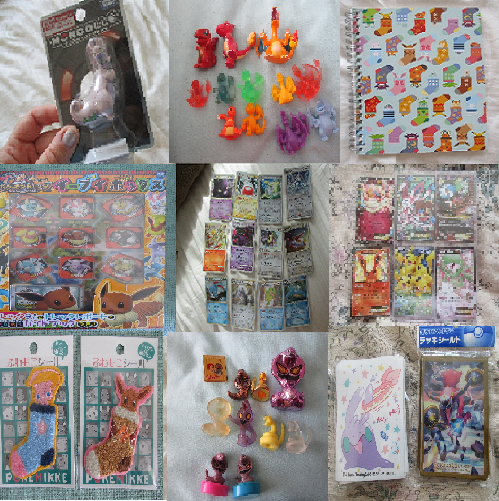 Hello! Just a sales update post. I added some new things and lowered prices. I also want to offer some Spring Cleaning deals from now until May 7! I'll have a major sales update in about two weeks, so I'm trying to make room for those items coming.

-On orders $20 or more, shipping is free within the US.
-For international orders, I'll subtract $5 from the shipping price if the item total is $20 or over.
-Any orders less than $20 get a 10% discount on the item total.
-This counts for both Pokemon and non-Pokemon sales

EDIT: Would help if I added the link xD; http://emeraz.livejournal.com/2795.html

Still working on a banner, so have a little preview for now!

Thank you for reading! ^^

Hello all! My birthday was yesterday and I wanted to make a post with a collection update!! Some things I bought myself but my GRAIL OF GRAILS was given to me by my sister!! Sorry for the horrible pictures my room has weird, blue lighting in the mornings.

Look under the cut for my update! 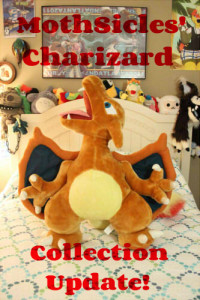 I'm so excited to join this community of wonderful collectors!

A little about myself: My name is Chris and I'm located in California. I'm currently college student, studying computer science and business. I've only recently got back into collecting Pokemon stuff. I dug up a bunch of my collection from my childhood and my trip to japan a few years back and decided I wanted to collect again. My main collection is legendary Pokemon pokedolls. I'll post pictures of my pokedoll collection later (because I'm in the midst of moving back home after my semester ends in a week).

Finally, what am I looking for here? As I said my main collection is legendary Pokemon pokedolls so if you're selling any, feel free to leave a link to your sales post or store and I'll check it out! After that collection is a little more filled out, I want to start collecting a set of eeveelution pokedolls, starter pokemon + evolutions pokedolls, and then just random pokedolls I'm interested. My grail wants right now are pretty modest (no mirage plushes or shiny dog trio for now). I'd love to get my hands on a shadow lugia pokedoll, giratina origin form pokedoll, and a 6" groudon pokedoll. If you're selling link me in the comments please!

That's it for now! Thanks if you read through that essay :) I'll be in your care!

These are items that I am still currently in search of if anyone has them for sale:) 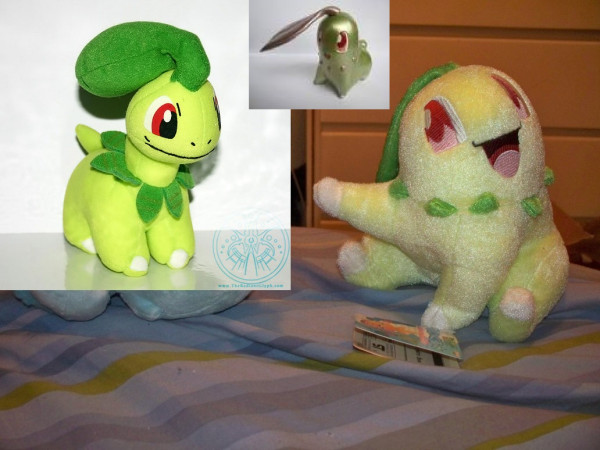 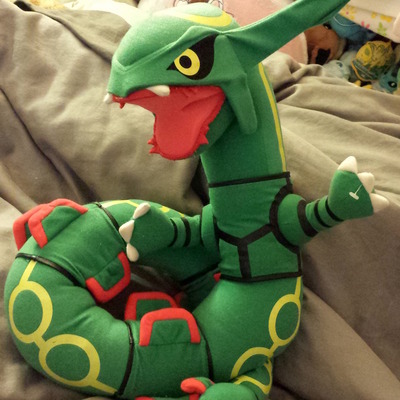 Other sales and rules, as well as bigger picture, can be found on my sales page 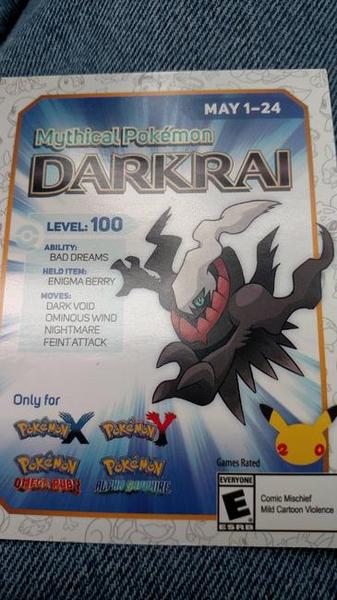 It's May 1st and you know what that means! It's Darkrai month, and Darkrai stuff should be in your local Gamestop stores today. They had the figures on the counter at mine, but I didn't spot any plush or the Generations box set yet, although yours may have them in. A friend of mine said she was told "low stock" on the plush so it looks like we might have another Mew situation on our hands. If you're interested in the plush, I'd consider going to day or as soon as possible to pick him up.

So, I apologize that I'm posting again so soon (there will be another post tomorrow night with any luck, then I'm going AWOL for a week or two), but I wanted to give some info on the 20th Anniversary Darkrai plush and figures.

So, I went to two Gamestops this morning in order to get my figure and plush. I have had confirmation from the manager at a Gamestop that each store is receiving two plush, and six figures. At this time, she said that they don't know if there will be a restock, so I'd get them ASAP if possible, so you can avoid scalper prices.

Speaking of scalpers, I have a funny story. I arrived to my local Gamestop at 10:06 this morning, and a woman had purchased the last plush, and two figures, leaving no plush and three figures, after 6 minutes of the store being open. So, there's a second Gamestop about fifteen minutes away that didn't open until eleven. My Dad decided to tag along on my adventure, so we went there to wait for about half an hour. We ended up camping out outside the door, to be first in to get the plush (I got the figure at the first store), when lo and behold, the woman from the first store shows up waiting behind us, trying to edge around us. After a few minutes, four more people lined up, and the store opened. Luckily, the woman at the counter led us in in the order we were waiting, so I was able to get my plush, but the woman got the last one, and some more figures as well. Now comes the funny part- my Dad has never dealt with scalpers, and he was furious! I was chuckling to myself about that.
So as a warning- the scalpers are out to round up the darkrai merch, so get them ASAP!!!

Here be my spoils by the way :3

Talk to you all soon! :D


I am going to have to make this quick!

I am sorry for being inactive lately, but I will be graduating soon and I have just learned I am moving to Europe!

I am selling so much stuff from my collections AND ALL MY CUSTOMS ARE PRACTICALLY A STEAL!!! ON ALMOST ALL OF THEM I AM ONLY ASKING WHAT THE MATERIALS COST! So please, take them to good collector homes. Everything that does not sell will be dumped at Goodwill... :C

You can still haggle if you want to. I will not take it personally, I just need to get rid of these... ; n ; Be reasonable though, please!

I AM SO SORRY this is little rushed and if there are any mistakes, I am in so much hurry and under so much stress, but with sales I am ALWAYS very careful so no need to worry about the safety of your merch! n.n :3 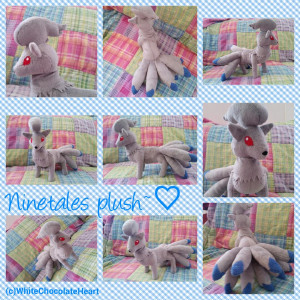 Here is a little preview of some stuff for sale. :3 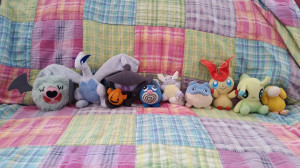 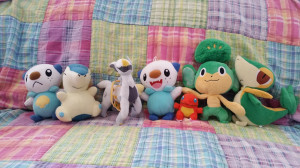 Thank you very much and have a great day, everyone! n.n Happy collecting!

I have one small Sylveon stacking plush left over from Anime Detour!

Sales permission was granted by allinia on 4/5/14, my feedback can be found here

Click here or on the picture to be redirected to the Etsy listing. There are turn around photos and measurements in the description. 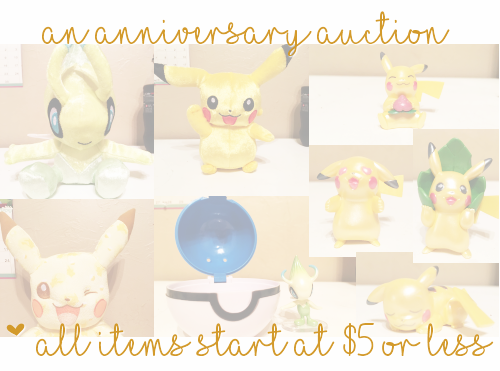 Hi everyone! All paid packages from the Eevee auction have been shipped and should be arriving in their new homes this week <3 With the conclusion of that auction comes the start of another! As I continue to weed out the bulk of my non-Wobbuffet collection, I'm presenting the community with themed auctions every week. This week, we have a 20th anniversary theme! There aren't as many items up for bidding this time around, but I still hope they'll find some wonderful homes. As with the last auction, everything starts at $5 with the exception of the figures which start at $1 each.

To look at the anniversary goodies I have available, and to read the rules, please follow the cut!

Please don't bid until this line is crossed out! Thank you! All threads are up! Thank you for looking! 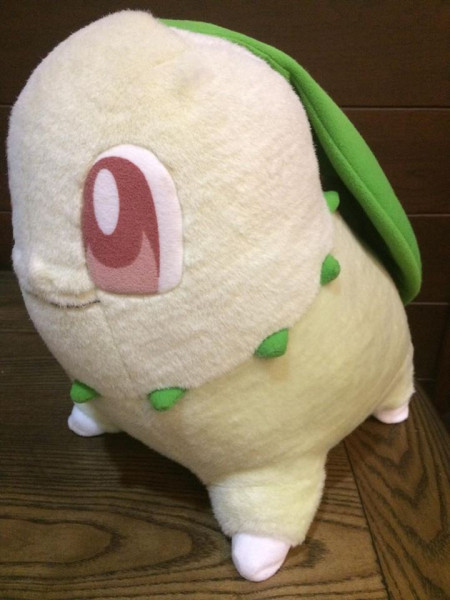 Hi, thought I'd try again since its been a little while. I'm looking for the Hydreigon Keshipoke figure, as it is the LAST figure I need to complete that part of my collection. Also looking for any Hydreigon line flats and misc. items! Can't wait to hear from people!
( Collapse )
Also a collection site plug lol, let me know if you'd like to be an affiliate :)

Hiya everyone, it's been a while since I posted a list of my wants, so I thought it was about time to change that!
They're quite rare plushies but it's worth a shot I guess. 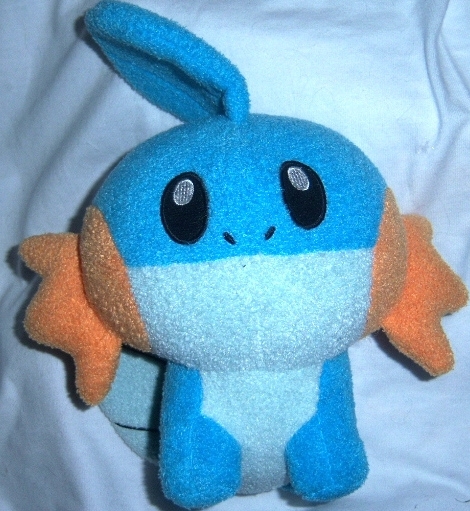 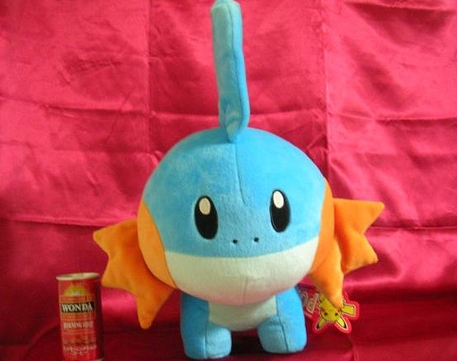 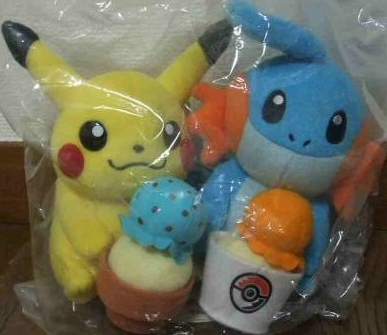 It would be nice if they had all their tags still, those plushies are pretty much grailworthy to me as Mudkip is my favorite starter after Chikorita. If you have any infos or find one of 'em for sale, please let me know. :) Thanks!

Hey everyone, does anyone happen to have a Magneton figure for sale?
Specifically the Jakks Pacific or the Tomy figure? 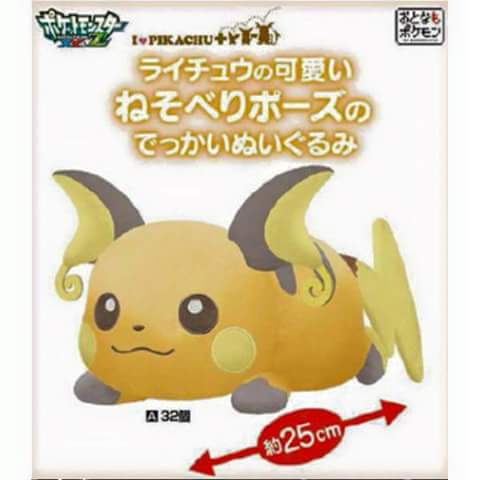 for sale or otherwise?
a real cutie!
Collapse