I'm home from college (and have been for the past week and a half). Unfortunately, I wasn't able to bring my collection with me. It is all in boxes stored at my friend's house and there it will stay for the time being. I did, however, manage to have my box containing all my sales stuff shipped to me.

That said, I am able to open my sales post again but with a bit of a caveat.

Shipping will be very slow. I will be able to ship on Tuesdays only (and possibly some Fridays). This will also go for taking pictures of things - I will most likely be only be able to do that only a couple of times per week. I actually have not opened my box yet (will do that soon) but it looks like everything arrived safely. I will obviously double check that when I do open the box. I apologize but please bear with me if you would like to buy something from my sales! (I'm basically done planning my trip to Japan so anything you buy would help fund my trip and would be greatly appreciated!)

And now...time for a somewhat important question that I'd like to ask. Since I'm home for good back in New Jersey, and considering that there's NYC nearby (including Nintendo World)...and since I know there are quite a few fellow Pokemon lovers in the area...I was wondering...would there be a chance any of you guys would be interested in meeting up sometime?! :O

Just getting feelers out there, but if people are interested, I would be so, so down for a meetup!!

All right, that's all. Thanks for reading, as always :)

A little reminder that I have still my sales open ^^ Also my second anniversary isn't far away :P I'm thinking about to post a collection update then <3 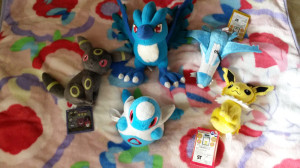 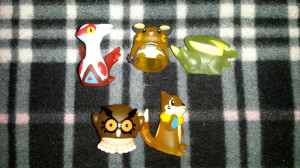 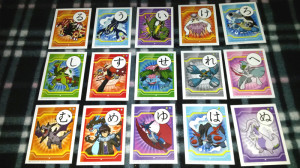 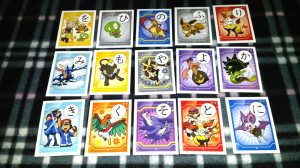 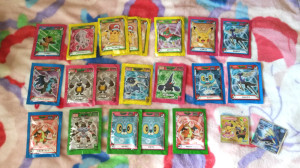 I just updated my sales on eBay, where I added more plushes and also reduced the price for most of my other listings.

New things I listed up: 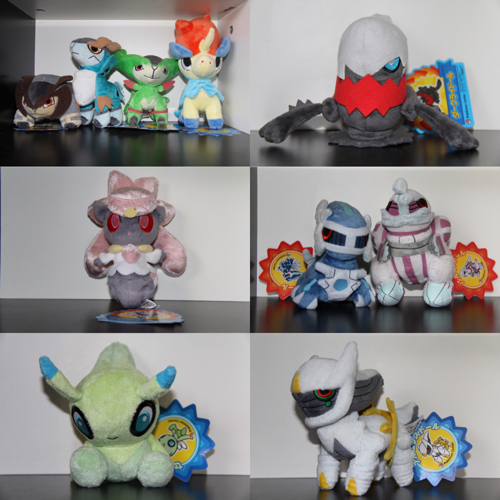 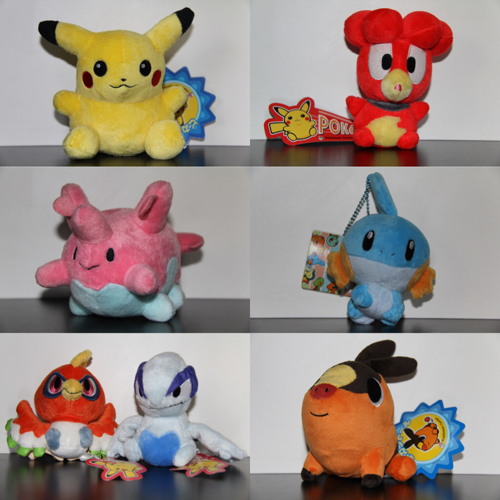 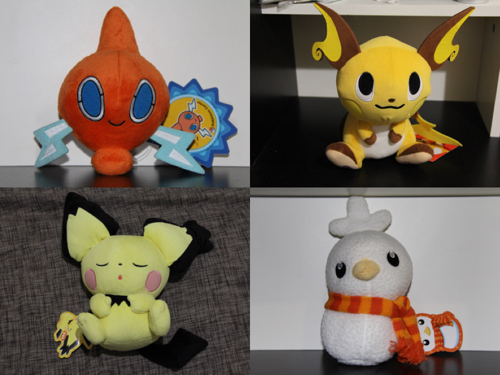 Please click here or the pics above to see my eBay listings :)

And if you missed it, my LJ sales post is here. 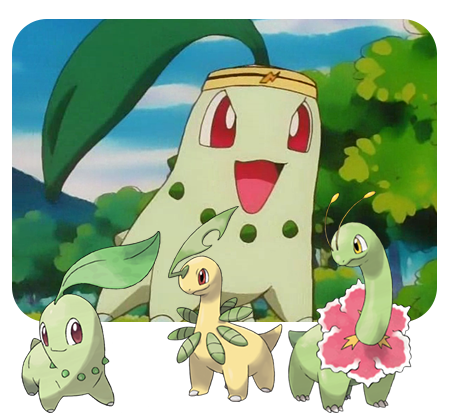 Over the next few weeks we'll be revisiting the starter pokemon! With the hype coming from Pokemon Sun and Moon and the reveals we decided to go back and feature all the others that lead up to Sun and Moon.


Wondering why we skipped Squirtle? The Squirtle line was already featured as pokemon of the week!

Hi guys! Long time no see... I've finally graduated college, so hopefully I can get everything together soon and do a big update. :'D

The main subject of this entry:

The Pokemon Center recently restocked EVERY Pokemon charm set on its online store! 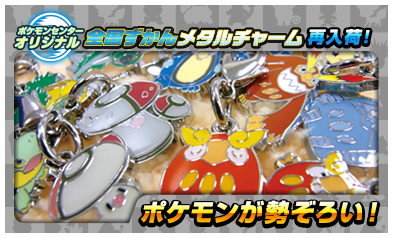 Click the cut to see pricing and info!
( Collapse )

And just a reminder that Sunyshore is always stocking new Pokemon Center releases! We've recently added the upcoming Skytree opening goods and other plushies to our site~

I got some new Poliwhirls in the mail and a new friend at the mall yesterday. They're sitting on this weird log tree slab-of-wood cushion thing that I got at Hobby Lobby. I thought it was kinda cool, idk. 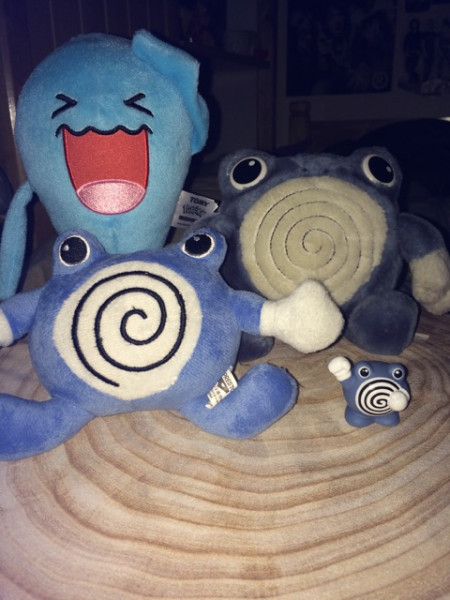 Ordered all 3 Poli's off of eBay, super excited about the figure. He's so cute.

Aaaand here's a collection update for all of the plushes in my house (minus my sister's Ditto cushion) + some figures. 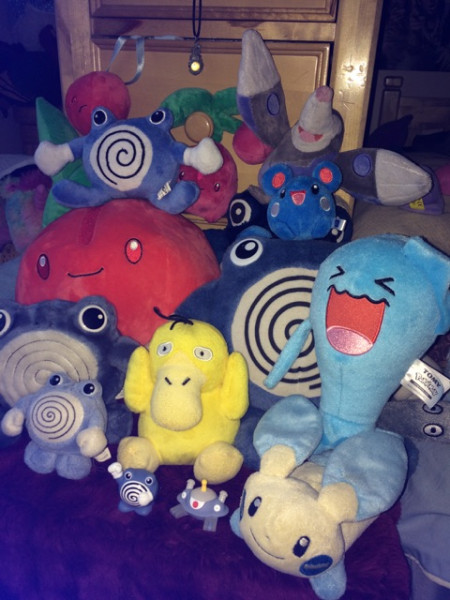 So about three months ago I asked about an interesting Lucario figure I found while browsing Taobao. Despite the risk of receiving something of low quality I decided to purchase one anyway. I finally got it today and wanted to post what I think as well as a couple pictures of it. I also wanted to post about the steel customs I got a while back. I apologize in advance for the pictures. It's cloudy and I didn't feel like setting up the lightbox. 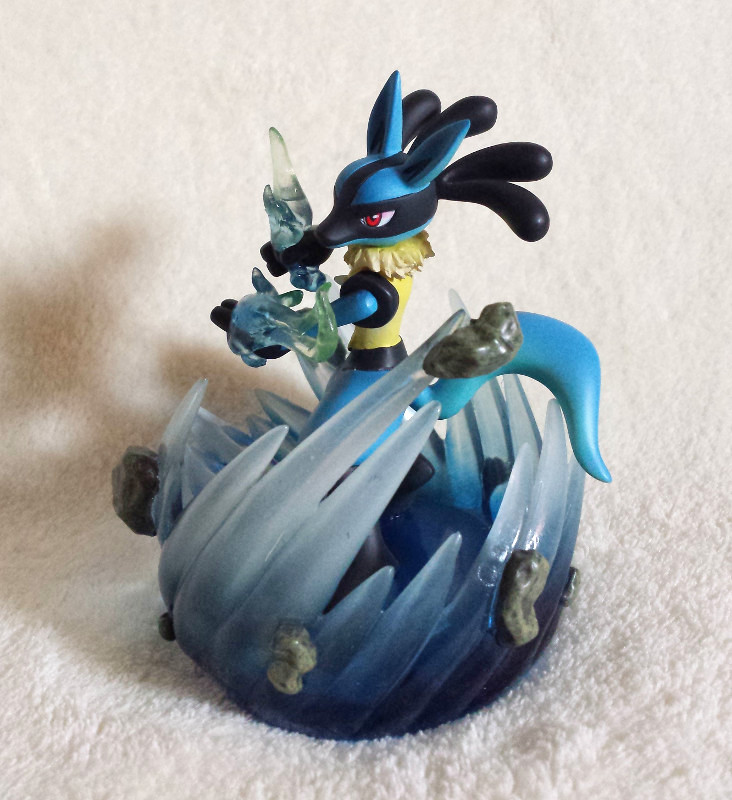 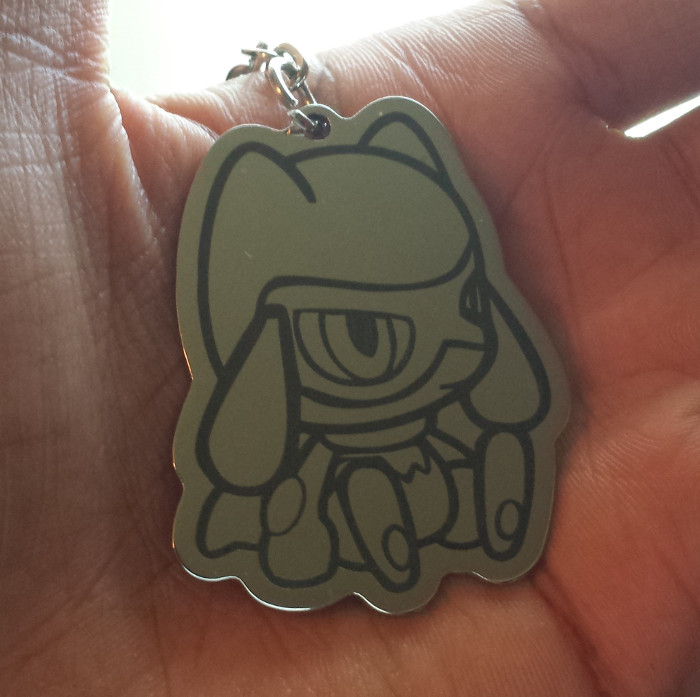 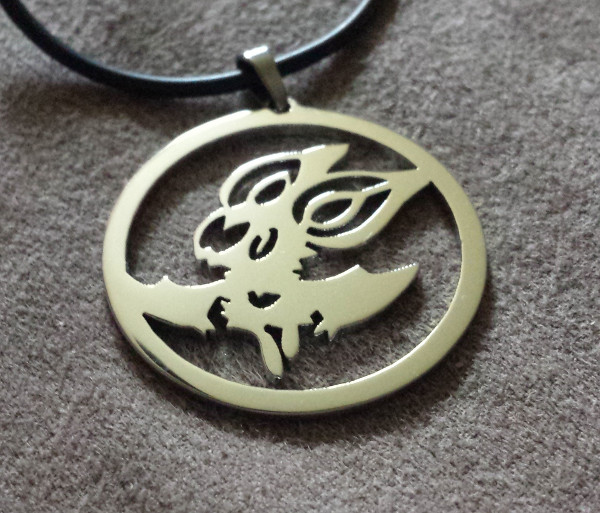 So, let me tell you all a little story...

... back then, in the year 2000, a little 9 year old girl started her very first Pokemon journey. Her first Pokemon was a yellow little mouse called Pikachu who didn't wanna go into its Pokeball. But it didn't wanna leave her, and followed her step by step. After a while, she saw it smiling for the first time, and was very happy. She also caught a Pidgey, who grew to a majestic Pidgeotto, and a little Caterpie, who had become a beatiful Butterfree. She helped her beat the first Gym leader, Brock. Mount Moon was scary and dark, but the team made it through, and the fresh warm air and sunlight when they finally stepped outside felt awesome. In Cerulean city, a nice lady gave the little girl a new member of her team: a Bulbasaur.

On route 24, she met a strange trainer who didn't wanna battle. He just sat there, looking sad, and a little distressed. When she went ahead and talked to him he said: "I'm not good at raising Pokémon. I should release my Charmander because I haven't raised it well... If you promise me you'll care for it, it's yours." Of course the little girl promised to take good care of the little new friend.

That's how the little girl and Charmander became friends... 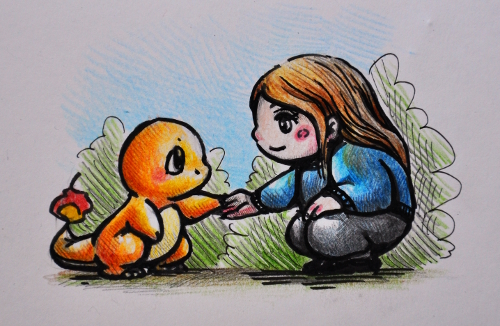 After a while, though, the girl went away, and Charmander and her didn't see each other for a long time.

But 16 years later, something arrived in the mail... 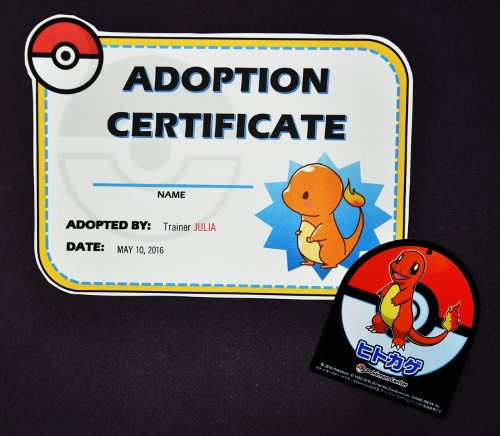 When she saw this, she almost started to cry because she knew what it was. She had promised to take good care of her friend, but she had lost him somewhere on the way of growing up, of finishing school and starting university. She had started searching for her old friend, but couldn't find him. Now, he had come back to her. After all these years.

Of course, that girl is me!

I am sure you recognize what it is?
This is very special to me! Please take a look <3 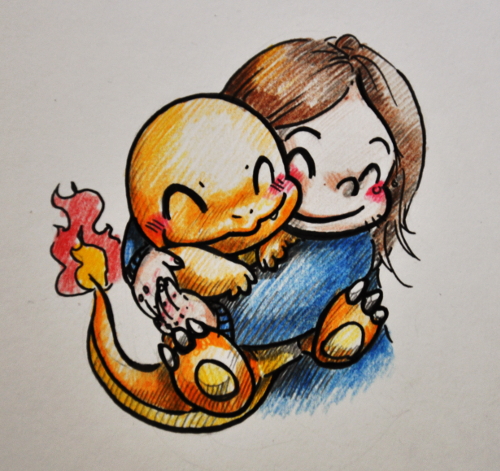 We're back together at last.


Thanks so much for reading and watching. :)


PS: Also, Charmander doesn't have a name yet :O And I am so bad at names. I never named my Pokemon as a child either. Should I give him a name? Or just name him Chrmander? If I shoul name him, I'll gladly listen to any suggestions :)

Hey everyone! So, just making this post very short and sweet. Does anybody know the next pokemon card day at toys r us? It has been every other month in the US and last one was april. So, since June starts in a few days, I have been trying to find the next distribution date with no luck. Anyone else know when it will occur? 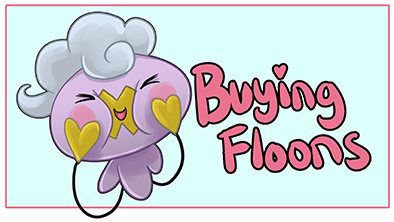 There are still so many Drifloon items I still need to make my collection feel whole.

Specifically, I am looking for the new Drifloon + Substitute Keychain.
I'm hoping to get it for $13 shipped (US)-- but I might pay more. Especially if it has all the packaging.

I'm also in search of a pokemon center Goomy clip with Drifloon on it.
I only want the one clip form the set, if someone is willing to separate. <3

And lastly, I'm ALWAYS buying Drifloon Kid Figures. Any condition.
Let me know if you have any for sale~

Sooooo.. these are what i've bought in the past few months, haha, spend quite a bit of money. I try to contain myself but I feel like my pokemon plushie addiction is getting worse :P. I did get some of my GRAILS like Mega PIKAZARD!!!!(HES SO BIGGGG) and a Bulbasaur Walky :))
I also got my first ever pokedoll(Minun) that has the old Red tag, it's pretty beat up but still cool :3 Check out the cut for more pictures!!! Also got a Shinx pokedoll and a Groudon pokedoll :3 ( Collapse )
Thank you for taking a look! :D