(apparently all i ever post here now is wanting to buy stuff.. oh well! i've been planning on doing a re-intro soon tho)

so here's what i'm after;

be sure you can ship to FINLAND! thanks and have a good night ;3

Hello community. Recently I've had a surplus of funds, so i figured why not get some wants? Found a lot of items that I am eager to receive!
( Collapse )

Now for the zukan I want! It doesn't need the base, but I would prefer it with the base.

I know this one is one of the more rare ones. I can offer anything between $30 and $70 without shipping. It's incredibly similar to the european one (which is really stupid), but this one has a hole on the bottom for the peg as you can see! It's the last one I need of Rayquaza. Images are not mine.

I also have stuff up on eBay that still need homes. I have two huge lots up, but I'm just trying to clear inventory so it makes my next move a million times easier.
http://www.ebay.com/usr/yveltai
Sales Permission granted on December 17, 2015 by areica96 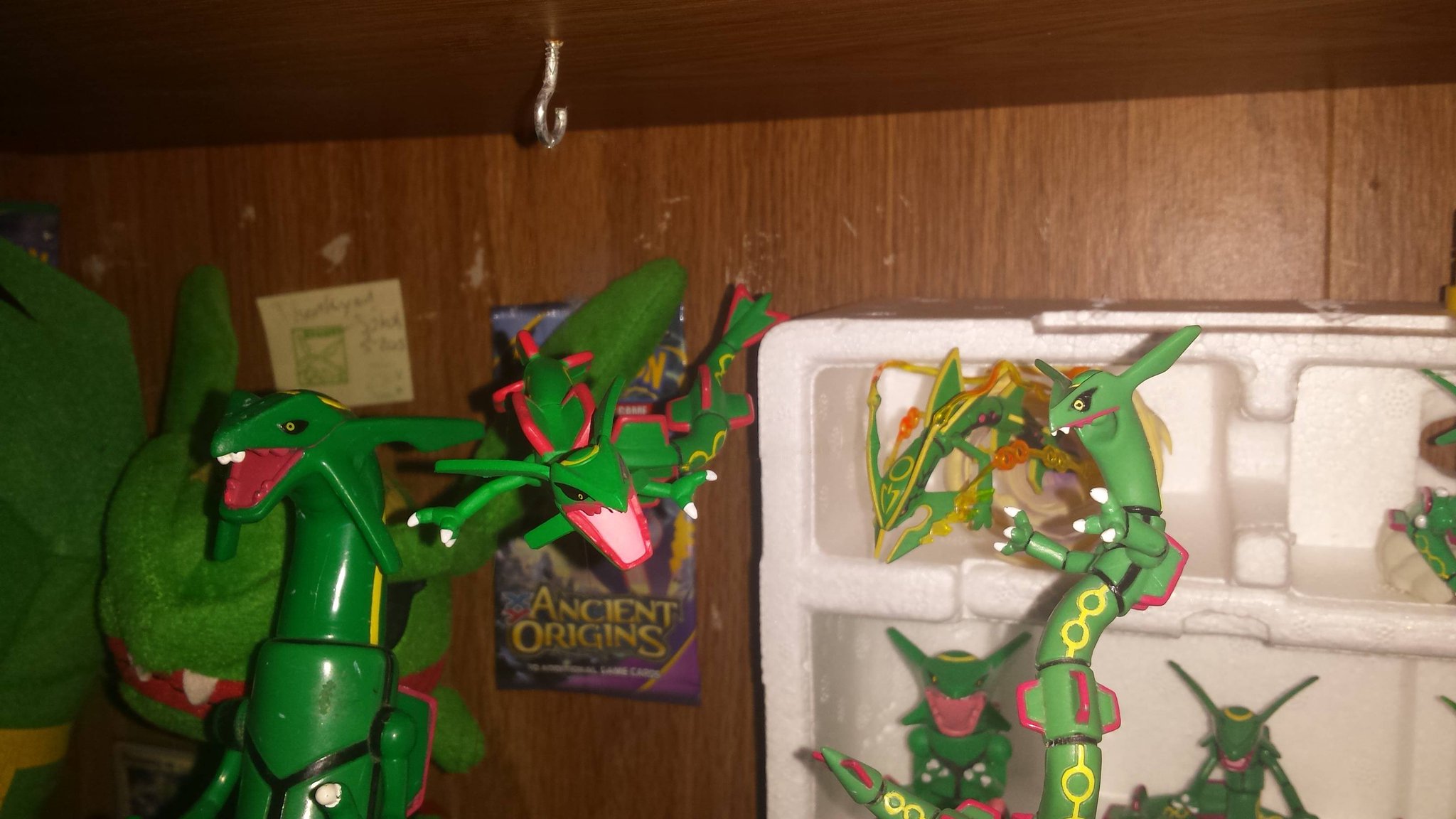 I'm currently in the process of doing a complete reordering of my card collection which means I have 500+ English language cards from Base Set to Generations including Holos, Full Art, Legend, 1st Edition, and Shadowless cards, now available for trade/sale!

Originally, the goal was to make a complete Carddex but I think I will be giving up on that in favor of focusing on a few smaller collections instead. This means that I am more interested in trades than sales at the moment but feel free to let me know if there is something you simply must own.

Also is anyone interested in a 20th anniversary Elite Trainer Box? I purchased one from Pokecenter by mistake, seeing if anyone wants to grab it off my hands at cost+shipping/Paypal fees before I return it. Same goes for a minky Mew Pokedoll.

Hi all! I was unfortunately unable to work out much (a partial refund was all the seller offered) in compensation for the metal figure mix-up, so I'm selling off the ones that I got to try to recoup some of the costs.

(*) Permission granted by lineaalba in 2009. Feedback page is currently down (yes, we are aware of the issue and are working to to restore the page), but here is my eBay feedback if you have never bought from me before and want some reassurance. :)
(*) At this time I am ONLY shipping to the US.
(*) Prices INCLUDE SHIPPING. DO NOT ASK FOR QUOTE. If you ask for a quote, you will be ignored. :(
(*) I may take up to 2 weeks to ship. It's unlikely to take that long, but just as a disclaimer.
(*) You can click on the photos for [significantly] larger images.

1st figure is $5 shipped.
Each additional figure is a flat +$2. No extra shipping or fees.

I would like the Blue Caterpie and the Green Togepi, for a total of $7.

Additional photos under the cut.

Thanks all! Have a good day!

Hey there!  I was curious if anyone has made any recent trips to the Pokemon Center in Mega Tokyo recently and was aware of their current stock?  A friend of mine is visiting and will be making a stop there!

Also was curious if anyone knew if they would still be carrying stock from the Red/Green Dot Sprite Promotion with all the old game sprites?

Any help is greatly appreciated, thanks!

Hey everyone! Been a long time! Zefiru here! One of the resident Kaiyodo figure collectors. Although this post isn't about Pokemon Kaiyodo figs haha. But that will come very soon. :P
Anyway, I have some stuff that I really want to sell. I need extra money since I took a break from work for 2 months haha. I've posted the lots on eBay hoping to be able to sell them and ship them in one go. One lot contains plushes and another one containing trading figures!
If there's enough interest in individual sale then I may split the lot. Kindly comment so I can take note. :) I'm also open to trades. Mostly looking for figures like the Garbodor and Hydreigon Waza Museum figures. I'm also interested in GEM figures and the nendoroid Champion Red (although I'm only after the evolved starters hehe). I'm willing to add cash to even up the trade.

For everyone's info, my sales permision was granted by

denkimouse way back in June 13, 2010. Also I shall post my sales notes for reference.

( Collapse )
With all that out of the way, here are the lots! You can click the images to get transported to the eBay page. Thanks everyone! Hope you had a great weekend! 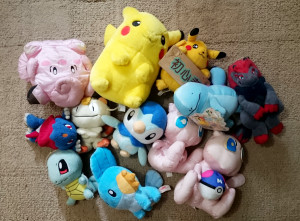 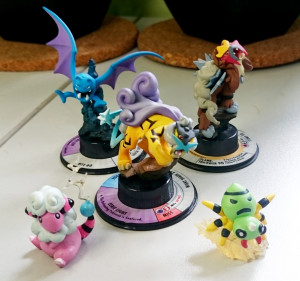 Hello all! i have updated my store with many pokemon time items and some items from japan as well! i still aslo have alot of the old stuff in my store like pan stickers, plushies, and vs cards so please come take a look!

Here a preview of my store:

Click HERE or any of the pictured to be transported!

After seeing all the sales posts recently, I thought a gets post would change things up a little. :) If anyone wishes to be un-tagged I will edit the post. 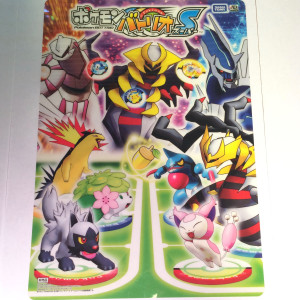 iamconfused1. Page sized, just about, made of plastic. Has stats and things on the reverse side. Look at that fierce Poochyena!

These are old purchases from here at the beginning of the year, before I started doing regular gets posts to show off new things to my Poochyena and Mightyena collection. I greatly appreciate the PkmnCollectors community for the diversity of people on here that all love Pokemon. It really, absolutely, positively puts the World Wide in the phrase the "world wide web." As we all know it, those three "w" letters that start at all HTML links.

Hi again! Just a quick reminder that I have auctions ending in 3 days for custom sculptures of the three Alola starters~ I decided to split them into their own separate listings to give those who are only interested in one a chance!

You can find them on my eBay shop through the link below. :3
http://www.ebay.com/sch/jkboyles/m.html?_nkw=&_armrs=1&_ipg=&_from=

So after three years away from collecting I've gotten bitten by the collecting bug again (I'm already waiting on three packages hehe), I blame it on having to pack up and move my Mew collection LOL. So there's a few specific Mew plushes I'm looking for, but I'm also looking for Mew plushes in general! Anything I don't have that catches my eye, so let me know what you've got. I do prefer MWT, but depending on the plush itself I will look at anything in good condition.

Major grail wants: aka I will love you forever/pay you ridiculously if you have one to sell
Fuzzy Pokemon Center Mew
1:1 Talking Mew (HUGE bonus if the voice box works!)
Huge Tomy Mew


After I get my Mew collection unpacked and set up I will post a reintroduction/introduction post
Community feedback:http://feedback.pkmncollectors.net/feedback/view/chesneymew/
(previous) http://feedback.pkmncollectors.net/feedback/view/sab0504/
EBay feedback :http://feedback.ebay.com/ws/eBayISAPI.dll?ViewFeedback2&ftab=AllFeedback&userid=sullysrider
Hey! Today I'd like to share a few recent Pokemon gets, including some brand new Tomy figures! As Dr. Steve Brule says, let's "Check it Out" !
(click for full size)

The new Tomy figures were Mega Sableye, Pikachu + Hoopa, and Meowth (attack pose) + Pancham (attack pose), and were $5.99 each. The new wave also included a repack of the Hawlucha from the first wave. I also picked up the titan figures of Groudon and Kyogre for $19.99 each. Everything here was bought at Fry's electronics.

Next is the 20th anniversary Target exclusive Pikachu, and Cresselia pokedoll. I wasn't planning on getting this Pikachu, but it was too cute to resist! (I already had the TRU exclusive version) I won Cresselia in an auction here recently. I'm so glad to finally have one MWT, hopefully I'll have the UFO plush soon to go with it!

I got this a few days ago.... a limited edition Kyogre Gameboy advance SP ! It even has the matching Pokemon Center case! I've wanted this for so long, its an awesome feeling to finally own one!

Thanks for looking! Have a great day/night!

So I have finally finished some jewellery that has been sat in my room half finished for some time.

They are carbink and dragonair! I am keeping the ones shown to wear myself (tee hee!) but if anyone would like to buy one of these pendants, I can make them again as soon as my equipement is back from being repaired (I'm sending it off tomorrow, so I'm expecting it back in a week-ish). For me to make you a dragonair it is £40 english pounds + postage and Carbink is £60 english pounds + postage (carbink is bigger and also he is much more arkward to polish!). I can make them in bronze if you wish, which is gold in colour. Please remember that these are handmade and every piece will differ slightly!


And in other news, I have some gorgeous gets including a grail!!!!

Hey guys! I've picked up some extra stuff to sell and wanted to let you all have first dibbs!

Rules-
Cards come shipped in a envelope with a soft and hard sleeve.
Sales Permission granted by Dakajojo June 2007
I ship from and to USA only
If you have any questions, please let me know. 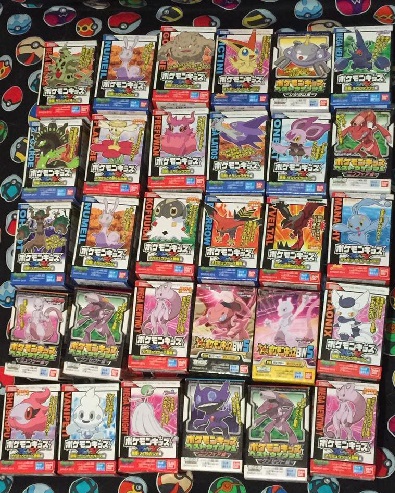 Sealed boxed kids figures. Each is $10 shipped of 2 for $15 shipped. Will offer additional discounts for multiples.
( Collapse )
Collapse