Hello everyone! I thought that I'd just take a moment to introduce myself and express how fully psyched I am to be part of this community. I am a brand new collector of Pokémon plush (though I'm certainly no stranger to the wonderful world of Pokémon) and am already 100% addicted to expanding my collection. I am quite literally starting from the ground up, so please forgive me if I pepper all of you experienced collectors with a million different questions! There is such a vast array of Pokémon merch out there - and a great deal of bootlegs as well, which I have already had some experience with unfortunately - so I'm really looking forward to making new discoveries here and meeting new friends who share in my newfound obsession! xx 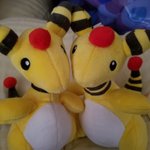 And a quick sales plug! Storenvy recently added a stupid flat, mandatory "Customer Handling Fee" to every purchase, and now even the smallest of purchases have an additional $1 tacked on and that sucks for everyone =_=;; So I'm working on moving my pan sticker shop to my own webhosting completely which means no more silly fees for my customers that way~ In the meanwhile, direct orders from me completely welcome of course~ 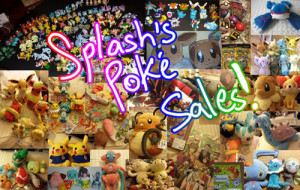 I wasn't expecting any official Sun and Moon plush until the game release in November, but Pokemon has decided to not play by it's own rules this time around as the first batch of Gen 7 plush will go on sale in Japan starting October 1st!

These are Pokemon Center plush (not Pokedolls unfortunately). The first batch will include the three starters (Litten, Popplio, and Rowlett) plus the two legendaries (Solgaleo and Lunala)

The November Monthly Pair Pikachu plush were also announced. The pair come out October 9th and will cost the usual 2,808 yen after tax. (The orchestra theme is really cute!)

Finally, if you're a fan of jewelry, K.UNO is bringing out more collaboration jewelry, this time with three silver rings featuring the final evolutions of the Gen 1 starters. These rings are already available for order from the K.UNO x Pokemon website and each ring costs 38,000 yen.

Which Sun/Moon Pokemon plush are you hoping will be in batch 2?

I have a strong feeling Rockruff will be included. Keeping fingers crossed for Mimikyu as well!
I wanted to make a quick sale, as i just bought a jp version of him. This is the 2009 rerelease of shadow lugia USA. hes tto with s sticker. Loved and tush tag does have some wear. $60 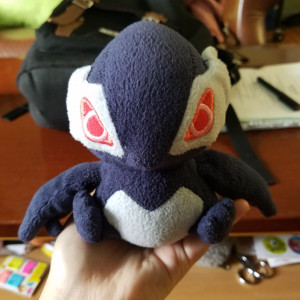 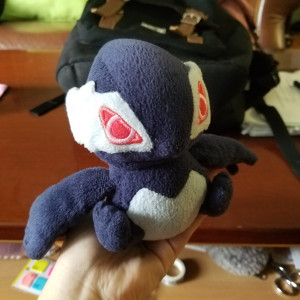 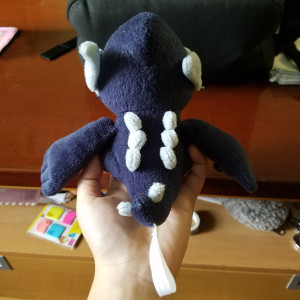 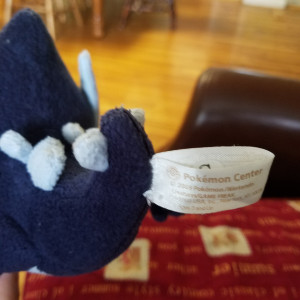 Hi everyone, hope you are all having a wonderful friday,

I am looking for a few plushies, and was wondering if any of you have them for sale!

The pics are not mine, please let me know if you want them removed.

I <3 Marine Mantine, and maybe the zukan as well! (Full thing)

I <3 Gothic Croagunk (Maybe the DX... not sure.)
Also looking for croagunk pokedoll as well.

Ditto Clefairy and All Star Plush

Today one of my last gets finally came in, and I'm really excited. Because my friend in Singapore went to the cafe, but she didn't see the handkerchief, which was one of the things that I really wanted. Fortunately someone was selling it here!! So now I got everything I wanted from the Singapore Pokemon Cafe!!
( Collapse )

Additionally I got my noibat!! So I'm also excited about it. Now I have two official noibats.


Finally, I also finished making a custom Articuno plush. There's a couple of mistakes, like, I should've made the crest lower. And now I know how to set up the eyes better. And use less stuffing for the I bought the phoenix pattern from CholyKnight and then just modify it enough to make it into an articuno!
( Collapse )

Overall, it's been a great week!!

Hi everyone! I'm hoping to buy a full box of these pins, but there's only two I want. Group buy time!

chariflame (I'll take this one since it's the last we needed to for the box, but happy to let anybody else claim it!)
Team Aqua (Silver):

Hey everyone, this is a reminder that there is little over 24 hours left to offer on my custom Noctowl plush. The no-shipping-costs-threshold has passed so every offer made will include free worldwide shipping! If you ever wanted a custom noctowl plush, here is your chance. :) 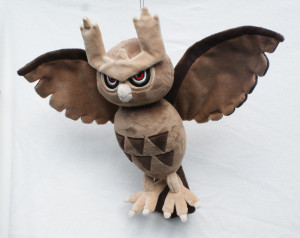 You can click on the picture to go to the auction thread, or click this link: http://pkmncollectors.livejournal.com/21664455.html
Have a great weekend everyone. :)
Collapse