I've been used to catching the small frys like the Zubat line - I never thought I'd be collecting a legendary D: I'm a bit scared lmao.
I'm aware theres gonna be a butt ton of merch for her (her? Lunala is so pretty i feel like it's a her) though.

So pleasepleaseplease keep this lil bat collector in mind if anyone winds up with merch of her, I'm interested in buying pretty much everything, from flats to plush! <3

Has there been any merch announced so far does anyone know?

One of my friends as preordered these sets with Lunala in, so technically these are all I have so far when they release in November :'D

Thought I'd add on my current wants list for TCG cards too. Not all of my sets are listed yet - any cards you might have for sale would be awesome :> <3

hey guys i just want to share my 1/40 scale pokemon figures. im gonna update them everytime when i get a new one. basically here are the starter zukans including pikachu and professor oak. they are awesome. 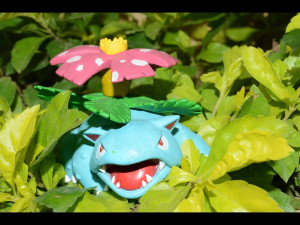 Back in America for a short time so doing some quick card sales! Includes are Full Arts, EXs, BREAKS, Normal Holos and Reverse Holo Rares, and a few other things thrown in~

Here is a small preview of what I have avaliable: 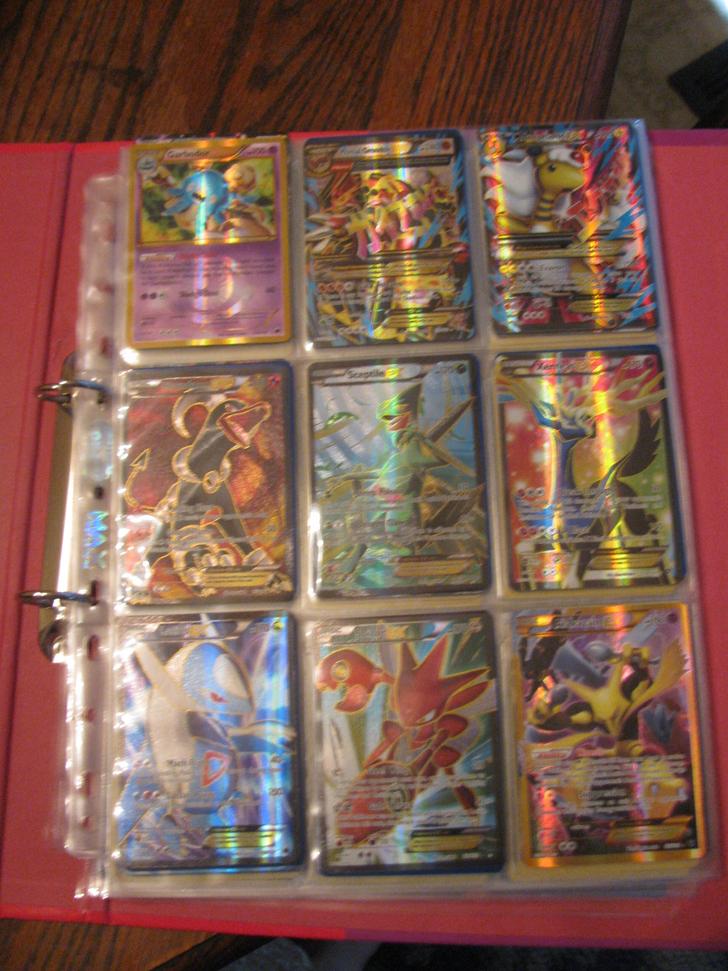 Click the image or here to go to the sales!

So I went ahead and purchased the super premium TCG box, but I don't want everything out of it! Figured I'd post some claims and when it comes in, calculate the full shipping totals and such.

So here's what I don't want, and are up to claim:

Card sleeves
$4 for both:
Turns out that these are deck dividers and not card sleeves! I'll just toss them in for free into the deck boxes. Not sure if there's two or three, so first-come-first-serve!

The main premium box itself
(Looks rather sturdy, but I'll have to wait and see when it comes in!)
$15:

(I still have a couple items for sell as well HERE!

I've had this stuff laying around and never really officially added it to my main sales post but would really like to get these items out of here if possible. So, I decided to make this quickie sales post.

You can view all of sales info here:
http://pkmncollectors.livejournal.com/13646573.html

I can combine these items with any of the items from my regular sales posts as well!:
http://shadoweon.livejournal.com/73276.html


If you have any questions,let me know!

Hi again! I'm back with another Pokemoncenter.com update! =) Several "costume" Pikachu plush have been added along with a new TCG box set. Also, the Arceus Pokedoll is fashionably late to the party. (August was Arceus month, September is Victini month)

Hi everyone! I have a whole bunch of awesome plush up for sale (and offer!) today - I haven't cleared out my storage for YEARS, and I'm parting with a lot of old plush (some of which I forgot I even had!).

There are some pretty amazing collection items up for grabs - older MWT Japanese Pokedolls, a Daisuke Club Arceus, 1/1 totodile, various custom plush by some very talented artists, and more! Come check it out! 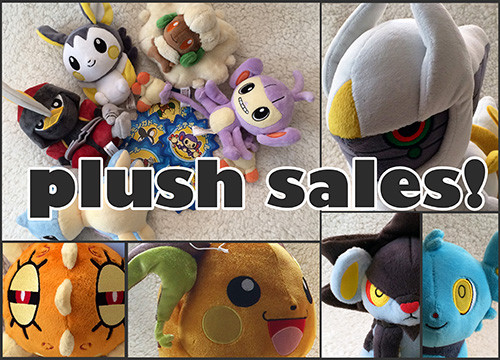 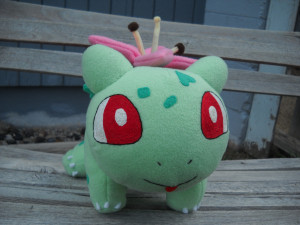 Hi everyone, after lurking for awhile I've finally taken the plunge and joined the community! I'm R0sehip, and probably like a lot of people here I've been into Pokémon since I was a little kid when the first generation of games came out and I've been playing ever since (though I mostly missed out on gens 3 and 4...sorry Hoenn and Sinnoh!). Somewhere in one of my relative's attics there is a box containing my childhood collection of gameboy games, cards, TOMY figures, and fast food toys.

I only recently became interested in collection Pokémon items again, and I totally blame the Pokémon Time Eevee Collection. I saw photos of the mascot plush going around tumblr and they were some of THE cutest things I had ever seen in my life! After figuring out how to get my hands on my favorites, I was introduced to the world of Pokémon merchandise and have been keeping up with news and occasionally picking up new items ever since. I particularly like small plush and things like keychains/straps and pins, especially ones with particularly unique or adorable designs. I don't collection one Pokémon above all others, but I do admit that Cubone is especially dear to me. 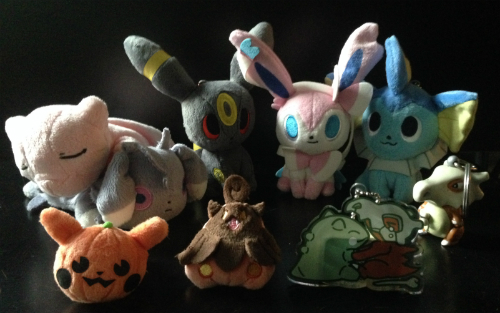 Here's a picture of my small collection. The kuttaris and Halloween pins are from Nintendo World--living in NYC has its conveniences! I'm hoping Nintendo World will stock this year's Halloween items and the other two waves of kuttaris eventually...anyways the Burger King Cubone keychain is a childhood relic and everything else was purchased online. I'm also waiting for the Chandelure strap from the recent Sleepy Time Kuji to come in the mail.

Speaking of the Sleepy Time Kuji, is anyone selling the Mew mascot or the sleepy Mew strap? I would be interested in purchasing them. (also sorry for the messy image editing!) found, thanks! 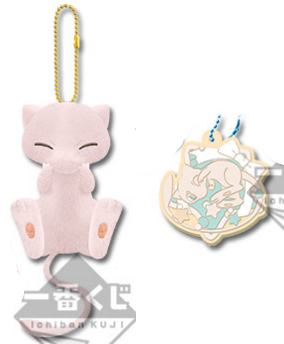 A big box of plushies was delivered to me today!  Everyones plushies are in great condition and there are some leftovers too!

Under the cut are pitures of the extras with their prices:

Extras are open to everyone.  All extras claims will go towards the customs fee payment.

I should have final payments for all participants up by the weekend :)

Hey everyone, since I am on a quest to capture (almost) all the Pokemon in my collection, do you think it would be cool if I can see some active sales? Thanks!

I've decided to part with a thing or two from my side collection... 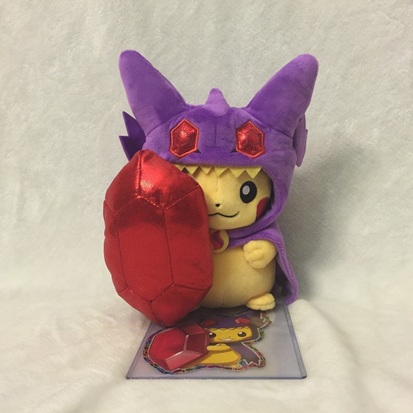 I'm a bit hesitant to part with this one since he was a Hiroshima PC exclusive, but I do think someone else would appreciate him more.

Hello everyone!
I have some sales today. 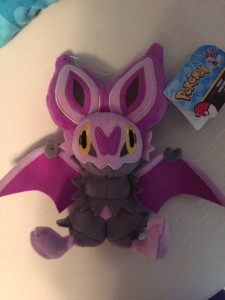 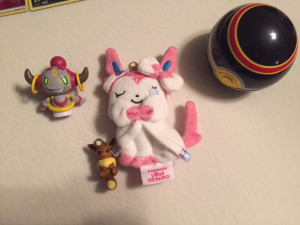 Can be comnbined with my NON POKEMON SALES here:
http://syminka.livejournal.com/2130.html

LOOK!!!!!!!!!!!!!
**Also, for a limited time I am offering every pracoro dice seen on this link for $30! So it's a big lot sale!!
That is over 75 dice! I think there are 90 something items on that page. Great for resale and your collection. I need to clean out some space. I am trying to pack and move. Then after I unpack I can sell more stuff!
http://syminka.livejournal.com/2393.html

Hello everyone, I'm looking for this bulbasaur patchwork keychain plush. Any help would be much appreciated :) 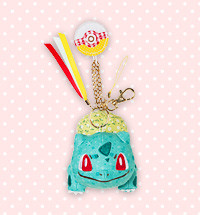 I'm looking for this Meowth strap. The one I bought some years ago when I visited Japan just broke :(
If anyone knows where I can find it or has it for sale please tell me !