Below is seller information, and claims / prices!

★ Sales permission given in 2010 through denkimouse
★ Seller feedback can be found >>> HERE <<<
★ I am a fast shipper in the United States and I will ship international!
★ Please do not back out of claims. You will then be banned from future sales and claims.
★ Pins will be shipped with bubble wrap and in manilla envelopes!!! 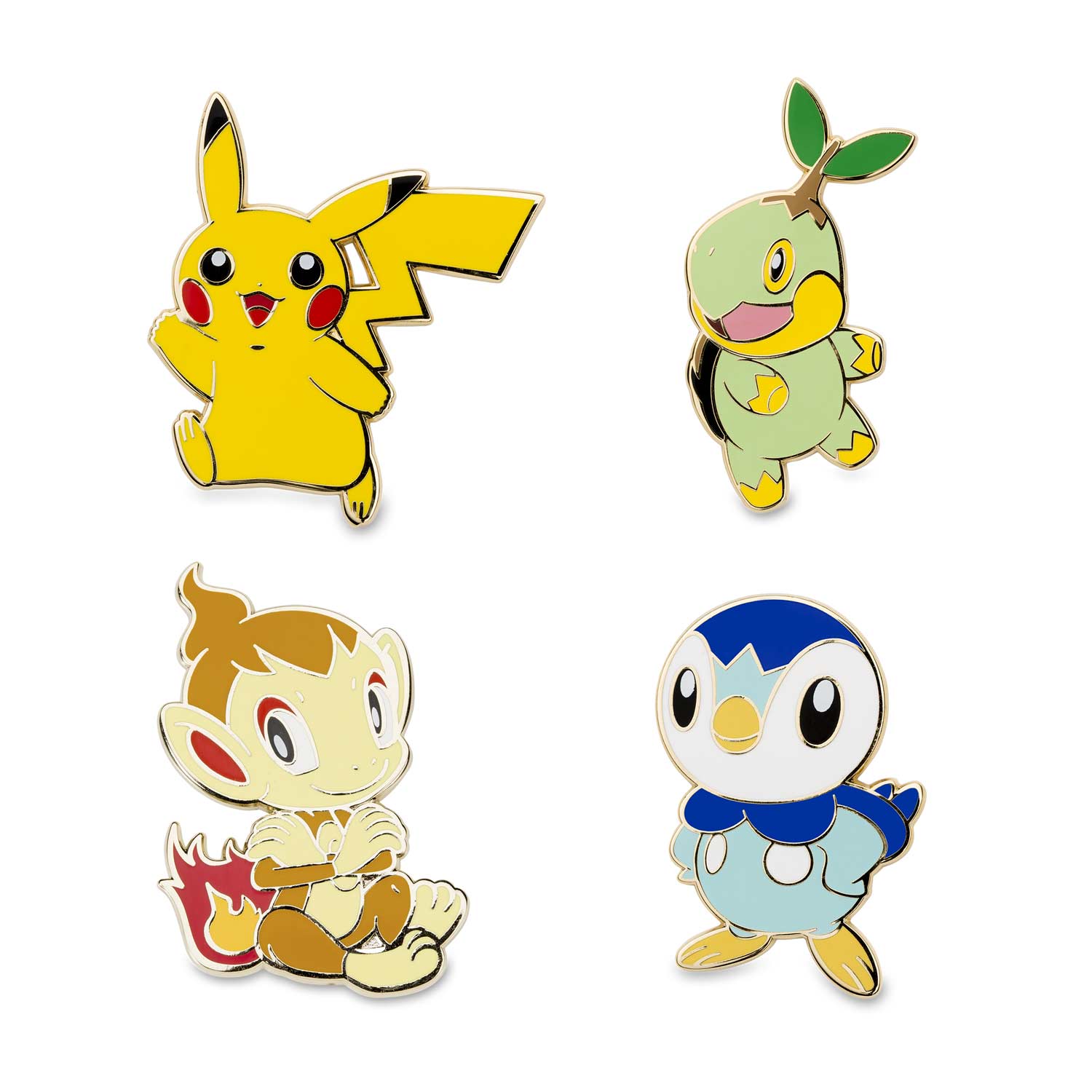 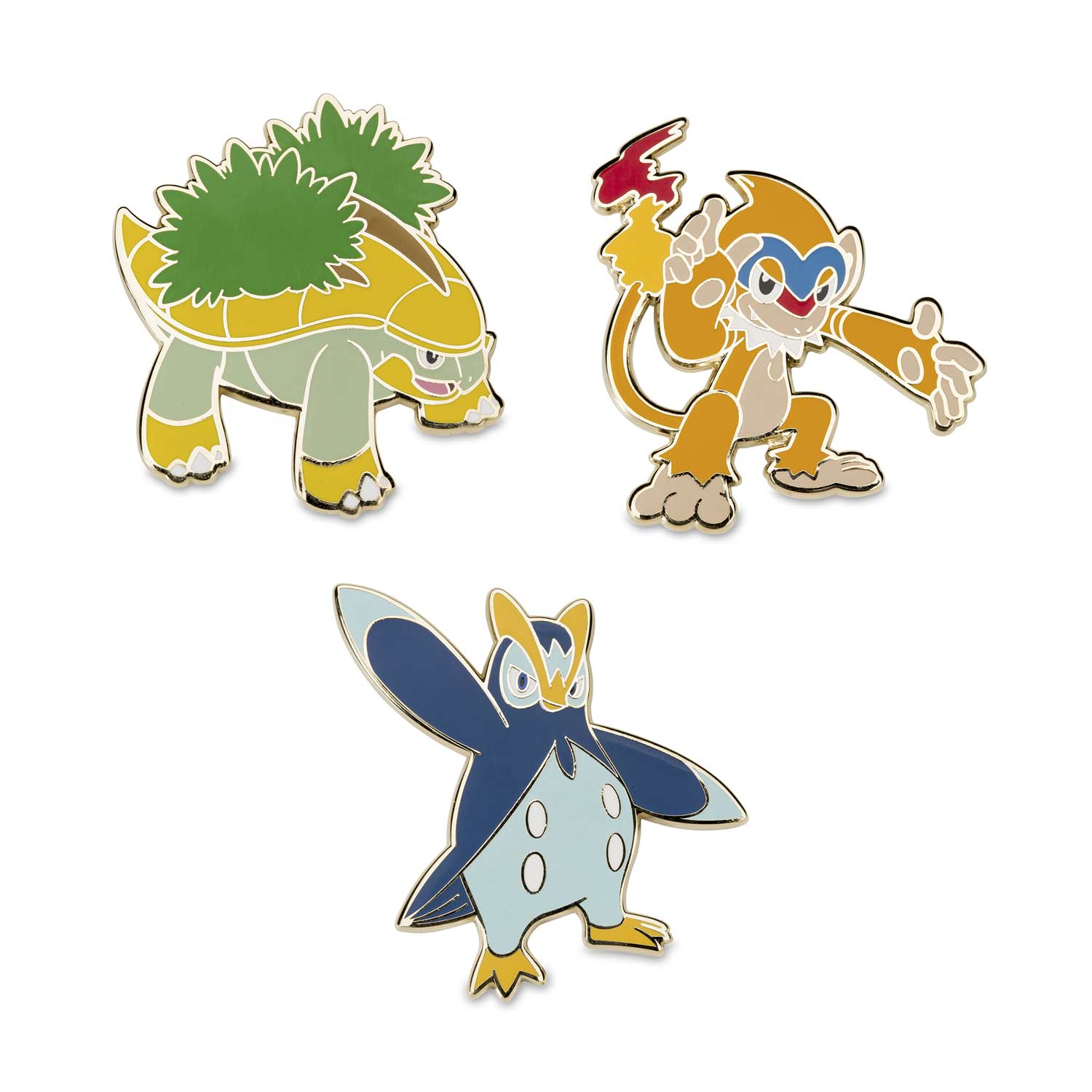 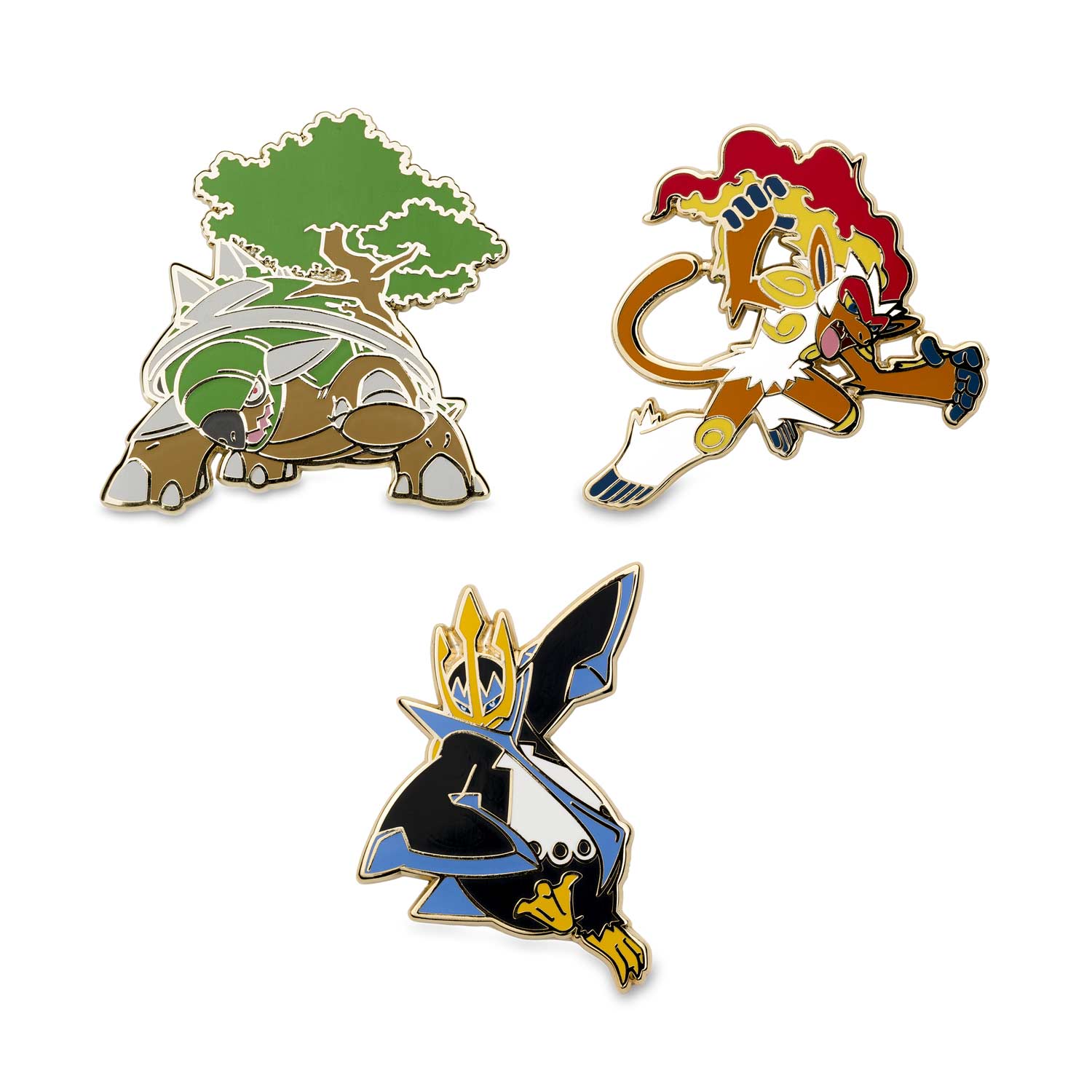 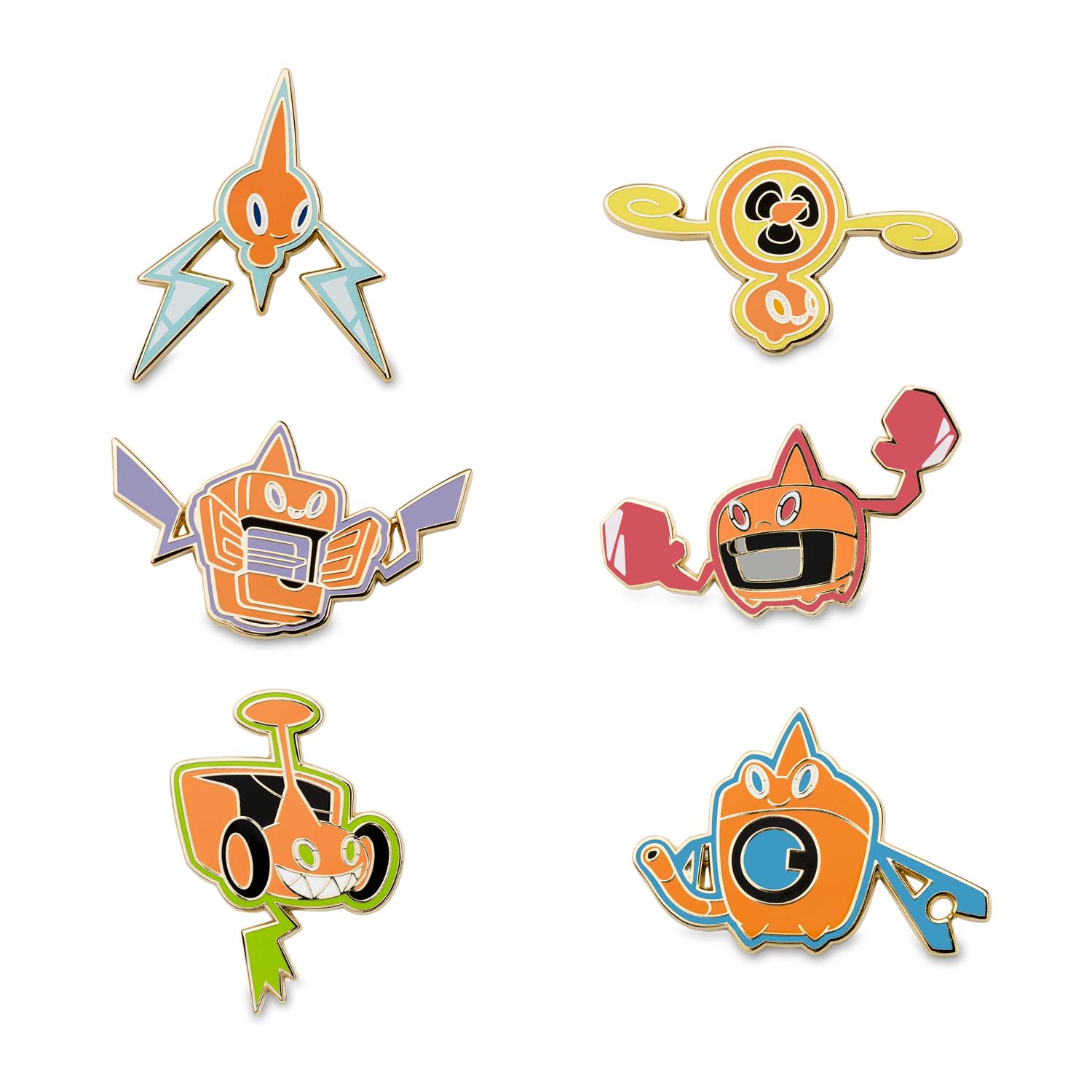 Let me know if there's interest! Once I get enough claims, I'll make the order :) thanks, all!

Hope everyone had a good Hallowe'en!<3

I posted a few days ago about any upcoming Mimikyu merch that might be coming out and I think all the Mimikyu merch that is coming out (as if this time) has already been mentioned before. This time however I'm going to ask if (I hope this is allowed) anyone knows of any Dusknoir merch? I think I've seen most Dusk merch I feel or at least the more unique/interesting ones but does anyone have any other tidbits? I really wished that Dusknoir was more prominent in some of the Hallowe'en promos or even got a plush this year but I guess that's won't be happning ahah~ Does anyone else wish a Pokémon they liked had just a tad more merch?

I do have a wishlist with all the dusk merch I have seen so far (if you see that I have used your image and want credit or it removed please tell me ;v; ). I'm currently not looking to buy anything right now but I am hoping to at least try and get as much dusk merch as I can or even meet more people who collect dusk or even other ghostie merch ;v; <3

I'm currently waiting on a package to come from FromJapan with some small  Dusk and Regi merch but it's been more than a month so I'm not sure when it will pop up. When it does (and i stop splurging so much) I can take pics of my collection and make a post of it hopefully before the end of the year ;v;

Welcome all! i up dated the loose zukan pieces section and added some zukans, jakks, tfg, straps :) 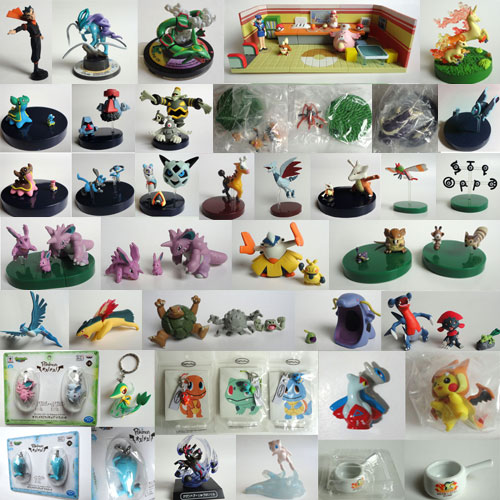 Preview pic of only the new figures added, a LOT more in the post,click the link to go to my sales :)
http://white-chocobo.livejournal.com/3122.html
All combinable with my non pokemon sales and always open for trades :)
Thank you!

Hopefully I'll have a chance to do a gets post with reading break coming up next week. I've received some awesome things in the past month or so.

So you can get boxes and the random bags people wanted! I bought a total of 10 boxes. 3 are reserved for the people who wanted complete sets. Then I will be opening 7 to divide among claims. Each charm is $3+shipping

I have one complete box that I will offer to someone who wants to claim a whole box. $54+ shipping All charms are sold out on the online store and Nagoya didn't have many stocked when I went. 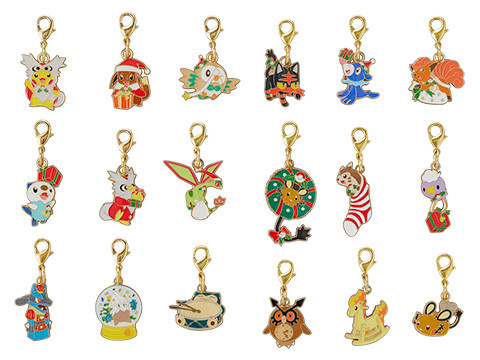 
Also as always you can combine orders with my sale items: http://gaarasyami.livejournal.com/37398.html

Feedback :http://feedback.pkmncollectors.net/feedback/view/gaarasyami/
-Prices are in USD. I accept paypal.
-Please pay in 24 hours after final quote
-Please let me know if you want tracking added for $4.10. Insurance cannot be added to airmail. You have to pay for -EMS express shipping to get tracking and insurance.
-I can't be held responsible for lost items if you did not pay for tracing or insurance.
-I will ship within 4-7 days of payment. I will have to ship on the weekend because of my work hours.
-Prices stated do not include shipping or fees. Please ask for a shipping quote.
-Shipping is from Japan. I will ship international!

I'm looking for someone in the UK who could buy something off the UK Amazon for me. I'm totally willing to pay a small commission fee for your services. :) 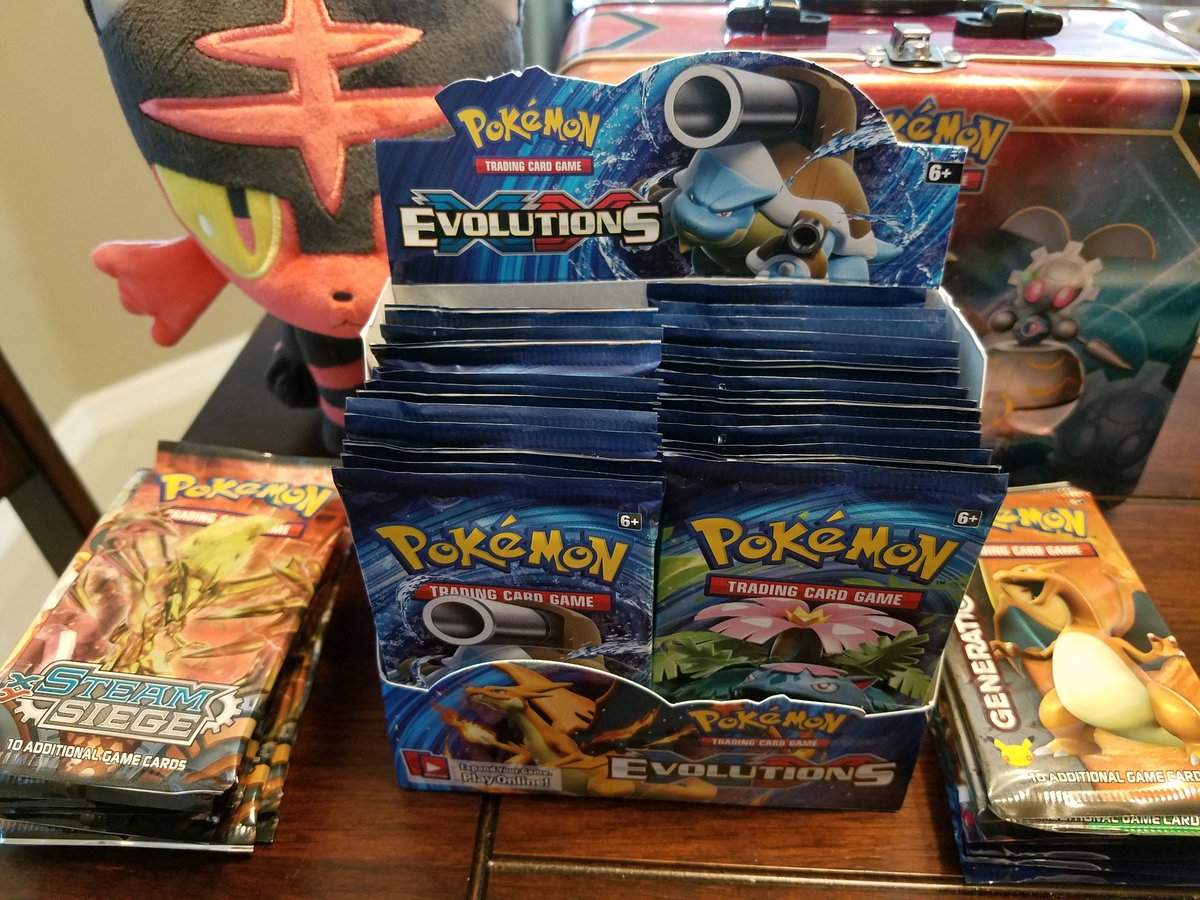 Today I'll be opening 38 Evolutions, 10 Steam Siege, and a couple other miscellaneous booster packs! ^^ I checked the Livestream and it appears to be working, so hopefully I won't have to cancel like last time.

I'll most likely be keeping one of each card from this set, but all duplicates will be available for trade/sale after the Livestream, so, please comment here if you're looking for particular cards or see something you're interested in during the Livestream and I'll let you know if it's available. ^^

I will edit this text once the Livestream starts. Which should be around 2:25pm Eastern Time.

Update:Livestream is over! Thank you to everyone that watched! :D

The Evolutions cards I would like most from the ones I didn't pull are Ninetales holo, Ninetales BREAK, both Pigeot and M Pidgeot, and an RH Mew.

I'll try to update later with duplicates from Evolutions. I have doubles of M Slowbro EX and Charizard EX. I am not sure if I will be collecting the entire set, if not, then I also have a Starmie BREAK available.

I've marked down some of my items that aren't already low priced in my sales! Please check it out! This is the last run before i toss them in a group lot on craigslist!
I'm taking a layoff for 2 months from work (it's our slow season) so ill be doing the very last update to my zig collection website soon and literally selling everythinggg else that i dont want haha! I could also use the money since i wont be getting paid much at all. Anyhoo, click on the image to goooo!

and here is a cute zig gif

Hello everyone! November is here! Woohoo!!

Today I'm bringing you some cheap TOMY sales! Please help me clear these guys out of my house!! I'll happily provide discounts if you purchase multiple figures. 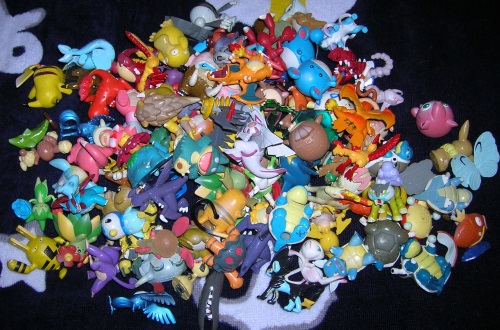 Also, I wanted to show off my new little buddy! I went to GameStop yesterday to get Genesect codes, and absolutely couldn't resist grabbing this cutie. She's such a nice size, too. I love Popplio so much, bring on the bankruptcy! 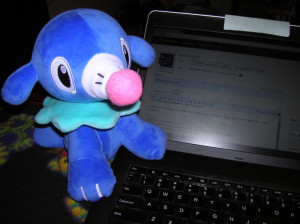 Thank you for looking! I wish you luck in staying afloat as the Sun & Moon flood gates open up, haha. Until next time!

Hey guys! I have a ton of flats/pan stickers/cards and kid figures for sale, along with some posters, clearfiles, minimodels, and a cute custom Vulpix plush! Most kids are $1 - buy four, get a fifth free! Check the cut for details :D 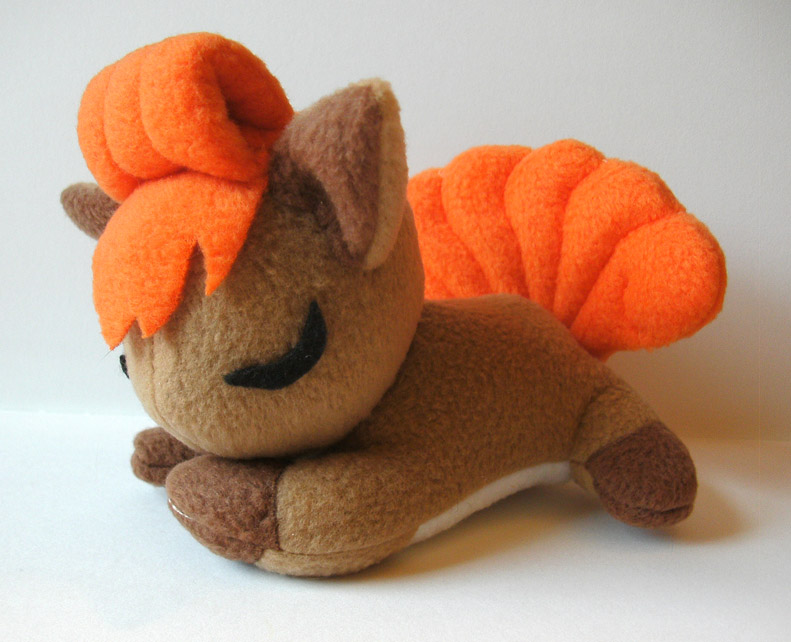 Hey guys! Just another wants post since I get paid soon. :) (Disclaimer, none of the images are mine! If they are yours and you would like them removed, please let me know.)

Main grail is the DX Weavile Pokedoll! Last thing I need for my Weavile collection. 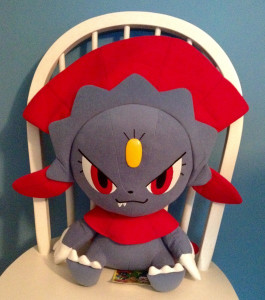 Hi guys! It's been a long while but I was re-oragnizing my room today and just picked up my Petit Skitty plush and this awful stain is on her side. It's like ink, but thicker, though I have no idea how it got to her; she was sitting on a shelf with a bunch of my other plush which are perfectly fine...I tried to dab it out with water, and then Resolve when that didn't work and nothing has appeared to have made any difference at all. I'm sorry if these kind of posts aren't allowed - just let me know and I'll gladly take it down. I'm just really concerned because I love this little skitty a lot and haven't seen  more like her available. ;_; If you have any advice at all, that would be amazing! She is made of that minky new pokedoll material; no washing instructions on tag. :(