Hi everyone, I have kind of a newbie question, but what can I say I am a newbie when it comes to collecting. Anyways, when I first got interested in Pokémon plush I was only aware (and purchasing) products from the Pokémon Center. Since joining this community and especially keeping up with the upcoming Sun and Moon releases, I've learned that there's a lot more companies creating Pokémon plush besides the Pokémon Center, like Tomy and Banpresto. But my question is, are the differences between the plush put out by the different companies? Like, are they known for being of different levels of quality, using different materials, being different sizes, having different price points, availability, or anything like that? I would appreciate any guidance you can give me! Unfortunately I don't have the funds or space to buy All The Plush, but it's hard to judge which one I want from stock photos of three similar looking plush of the same 7th gen Pokémon from three different manufacturers so I'd appreciate any guidance that I could use to help me make decisions.

And to make this post a little more exciting here's a picture of the tote bag I carried around campus on Halloween with all of my Halloween and Ghost type stuff on it. I love Halloween and was determined to be festive and have fun even though I had to take an exam!
( Collapse ) 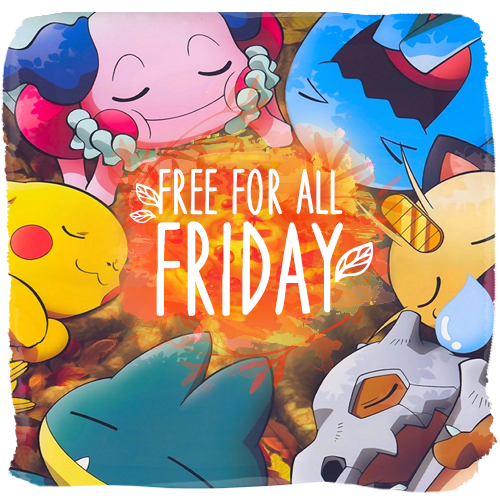 Remember to keep posts within the community rules,
keep it safe for work, also no trolling/harassing, advertising, or drama.

Oh yeah, don't forget to have some awesome off-topic fun!

Have a great weekend everyone!

I'm just looking for someone in the US to help me order the new life sized litten plush and ship it to me in the U.K.

Alternatively if anyone in Japan is offering pick ups on them I may be interested in the jp version depending on prices :)

Hi all!
I hope everyone is as excited as I am to get their hands on Sun and Moon to go on a whole new adventure with their pokebros, I know I am.
My only concern at this point is the lack of mention of pokedolls for all the great new Pokémon... collecting pokedolls is so fun and I'm beginning to be worried they're discontinued...
Have any of you guys heard anything about the new pokedolls?
Also, here's my collection as of last month. It's been quite some time since I last posted on here! 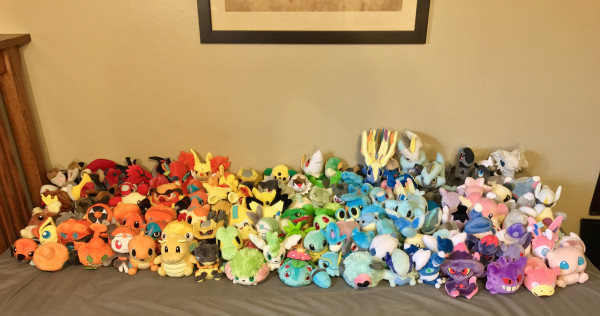 I'm sorry if this isn't allowed here, I'm really in need of some help/advice and this is the only place I have to turn to. So we collect Pokemon cards, but we sell the online TCG codes that come in the packs on ebay because we don't play the online form of the game. I've been doing this for awhile with no problems, but now suddenly someone is going after me about a code he got. It was a trainer challenge card, and this particular card to my understanding gives you an in game item. Now this exact same card can be found for no less than $4.11 on ebay, and I had mine listed at $3.45. This guy contacted me saying that all he got from the code was a hat, that the code wasn't what he thought it was (apparently from what he is saying the code gave him a hat that you can already get in the game??), and now wants a FULL refund. I don't think this is fair as he has already redeemed the code, and would be getting something completely for free that anyone else would have had to pay around $4 for if they wanted it. I offered to refund him half, and explained that I just don't feel it's fair that he get something for nothing. :/ I'm kind of at a loss as to what to do right now, and was hoping to get some advice from you guys. I'm sure he will file a complaint against me, and I just need to know how to proceed. Thanks in advance!

Hello everyone! I just got my Secret Teams merch in and my box of all 12 pins came with two golden Team Flare pins and no Golden Magma pin!! Extremely strange and a little disheartening
(╥﹏╥)

If anyone has a gold Magma pin from the set that they wouldn't mind selling, please let me know! Thank you!! 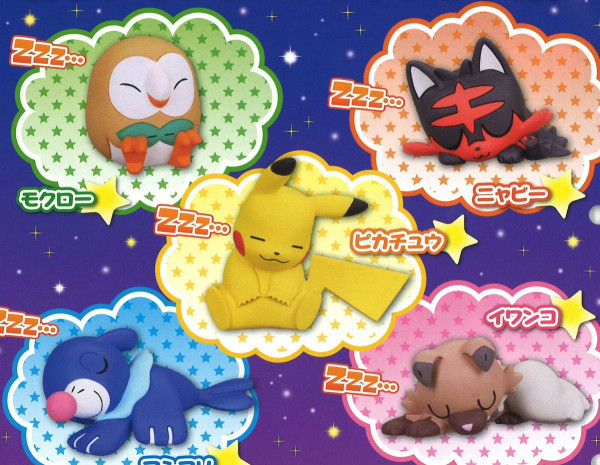 I have found these adorable guys that will come out!!! Each one will be 4.50$, or 20$ a set!
I WILL BE GETTING MORE SETS FOR SURE NOW, SINCE THERE IS SO MUCH INTEREST! 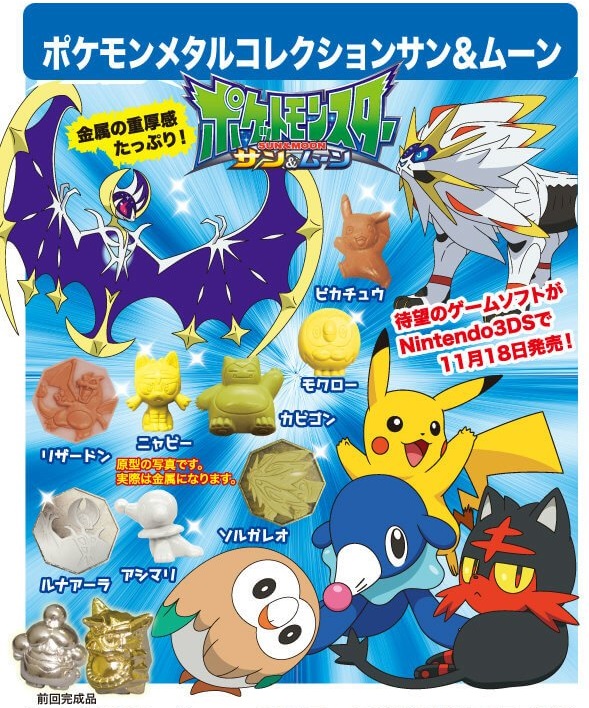 I also have these metal figures still up for claims, so if you would like to claim, go HERE or click the picture!

I also need some help! 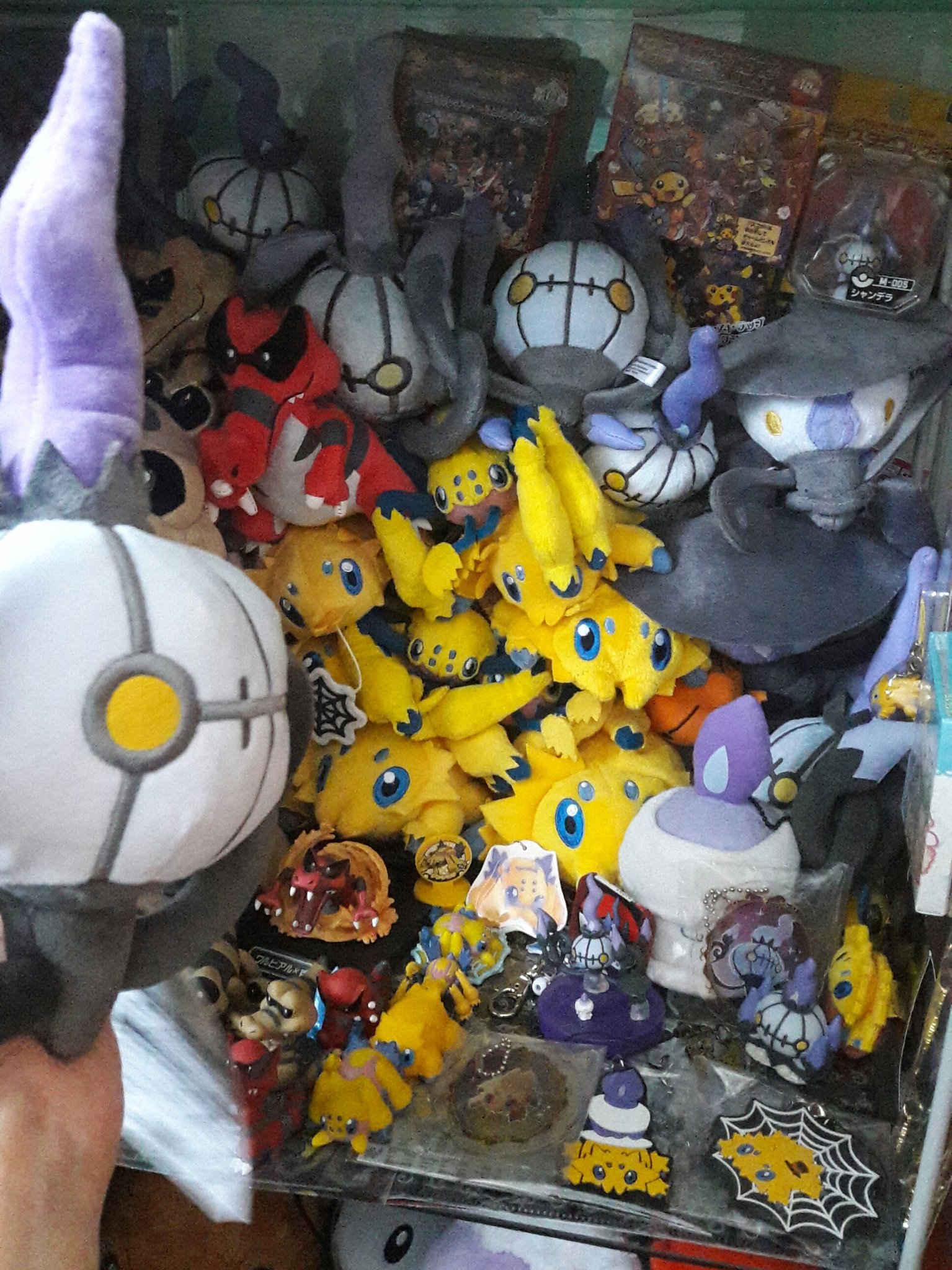 So thanks to Pokemon Center, Kuji and some other merch, we got new Joltik merch and especially Chandelure merch!!! Problem is, I am not sure how I should rearrange it.... I admit that I like these three lines (Joltik, Sandile and Litwick) as they are in one shelf, because they all kinda fit the dark spooky theme... but with the addition of new Chandelure plushies.....I just can't fit them there?
What would be your suggestion in this case?

Just a quick notice to show off some plush I'm looking at clearing out before I move. If these guys don't go anywhere, there will be a lot approximately a week from now. I'll post again if/when there are leftover friends to grab! These sales mostly consist of Mega-evolved pokemon and others.


GENERAL RULES.
‣ ‣ Sales Permission granted by areica96 on February 28th, 2016
‣ My feedback is located here: http://feedback.pkmncollectors.net/feedback/view/mystica15/
‣ I am not selling to non-community or banned members.
‣ I am not selling to international members at this time, sorry. Middle-men are encouraged if you're adamant I AM selling to International members; unfortunately I won't be able to extend free shipping. I will still be happy to eat the Paypal for you though. :)
‣ Please CLEARLY indicate whether you are simply looking for a quote, or are looking to commit to an item. Otherwise, the user who clearly states commitment will receive priority.
‣ Used items come as they are; I will describe the condition to the best of my ability. If you need more pictures of items, feel free to ask!
‣ PLEASE allow at least 48 hours for my reply, as I have periods where I am not able to reply right away. This courtesey is also extended to potential buyers who are commiting.
‣ Please don't delete your comments; simply reply to your own post if you wish to disregard something.
‣ Items come from a smoke and pet-free home. However this might vary depending on whether or not an item I have has a history of past ownership with pets.
‣ Paypal fees and S/H will be included.
‣ I take feedback very seriously, so it would be greatly appreciated if it's given when you get the chance after receiving your item.
‣ I delete comment threads as items have confirmed arrival to save message space and stay organized.
‣ Trades = Commitment as well. Also, items with an asterisk (*) are open to trades.
‣ If you have any questions, please don't be afraid to ask!
‣ Concerning this post, PMing me ahead of time with the 'code phrase' essentially equals commitment. Not responding in a timely manner results in negative/neutral feedback.

PAYMENT/SHIPPING.
‣ I ship from AZ, US
‣ Haggling is not accepted, unless OBO is indicated underneath item.
‣ Buyers are responsible for Paypal fees; this will mean using the 'Pay for Goods or Services' option.
‣ Prices are in USD and method of payment is via Paypal. However, I can accept concealed cash within the continental US. Please be aware that not only is this riskier, but WILL take longer since I will not send out an item until payment clears.
‣ I do not do payment plans unless the total exceeds $75. If going this route, it is necessary for the balance to be paid within the time span of one month.
‣ Payment is expected within 48 hours of commitment. Not doing so will result in neutral/negative feedback. DO NOT commit if you feel like you will not be able to make this time window. If you run into a speed bump, please let me know, and we can work something out, especially if there isn't anyone else looking to buy afore-mentioned item.
‣ I tend to re-use boxes and packing material when I’m able to reduce the overall cost. If you have a preference for either one, please indicate this in your post. Depending on the nature of the item(s) boxes will be used to ensure your item's safe arrival.
‣ I am not responsible for packages after they leave my hands. If you need insurance, let me know! This will cause the price to go up.
‣ I’m aiming for Thursday as the shipping day. That way, it reduces the amount of trips to the postal office are reduced. Sometimes work/classes/other obligations will arise, therefore I'll maintain close contact with you if the situation calls for it. However, I generally ship when I have the time on off days.

CONDITION GUIDE.
MWT- Mint With Tag: Tag is in ‘new’ shape with no creases or edges showing wear (plush)
TTO- Tush Tag only: Self-explanatory (plush)
MIP- Mint in plastic; item was never removed
Used- Item has indication of being used; can vary from scratches, to worn fabrics, etc.
Loved- Fabric may be somewhat worn, appliques/paint may be cracking/peeling/fading.

Also: If you send me the code 'Black!Kyurem' prior to making a purchase, you'll get free *shipping!
*limited to continental US, no larger than 10 ounces*

Ebay shop-front:
http://www.ebay.com/usr/nictee2
Twiggy Turtwig and Dorothy Rowlet says Happy November everyone!
The other two or a bit camera-shy at the moment.

Hi everyone, as more new Sun and Moon come and go, I have spotted something very unusual...

After 12 minutes of cringing myself, I noticed that there were the pre-order Solagleo and Lunala figures on the table, but interestingly, there appears to be a Rowlet, Popplio and a Litten figure on the left and middle shot.

Now obviously, the Rowlet figurine is very different from the Japanese MonColle figure as the figure has its wings spread open and has an angry reaction while the latter has it have close to its original artwork.

The Popplio you can barely just see has it facing forward while the Japanese figure has it look on its side.

Litten is very hard to get a grasp on what it looks like, so I'm not sure.

What do you guys think? Could this be a foreshadowing teaser of the USA TOMY figure line? Let's find out soon!

I'm here with my gets from Youmacon today! Though I wasn't able to find any fellow members *sad crying*, I ended up leaving with a few plushies! :) 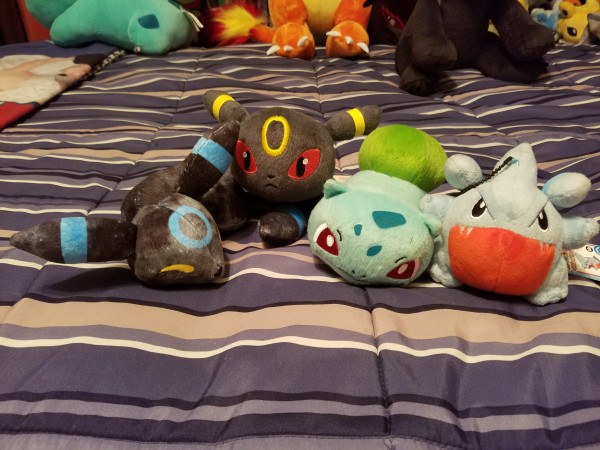 I got the ONLY Bulbasaur kororin i saw, and was so geeked! I can't ever find one for a good price online! The Gible MPC was an impulse buy, but I like his derpy face :3
The shiny umbreon is a custom :)
LOOK AT IT! 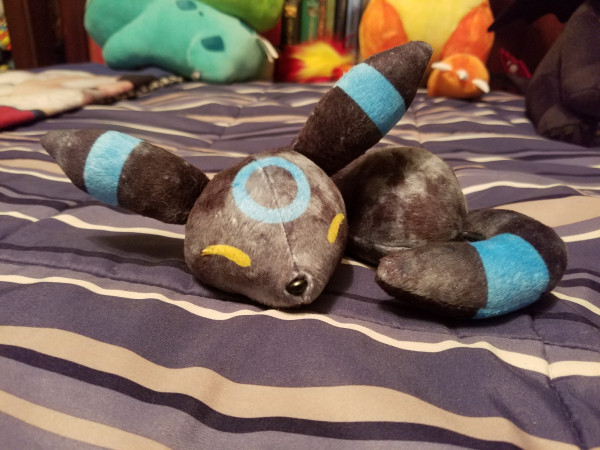 The seller also had normal Umbreons, but I loved the shinies- I'm really picky with customs, but I REALLY loved this little one! :3

And now for my kororin Umbreon... I got it from a booth selling legit ufos, but this one had unusual stickers on its tag saying "approved by banpresto" on the front, with a holographic silver sticker on the back. Has anyone else seen a ufo like this? 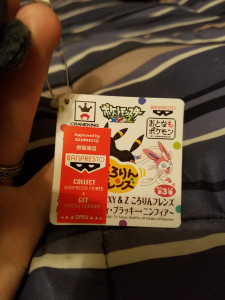 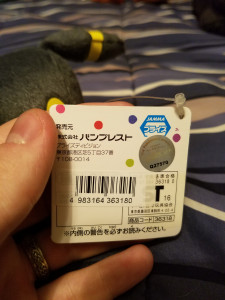 Thanks everybody!
Have a good night!
~ Chris/Ebon
Collapse