Hey guys! Just a reminder that for one day only, my store has a 25% off all orders over 10 deal going on! The code is CYBERTIME. Don't miss out :) 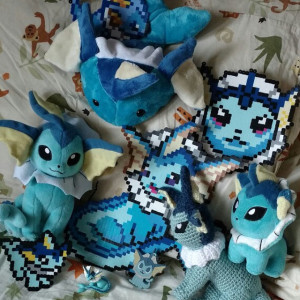 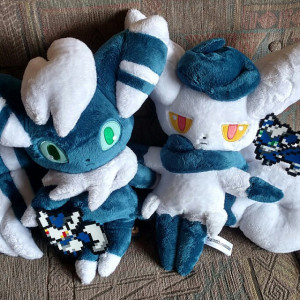 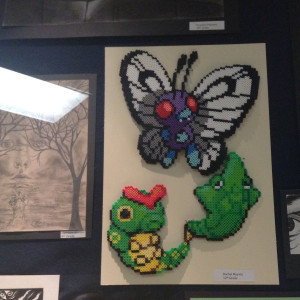 Just a few things to keep in mind:
-I do take custom orders on sprites not in store. Just let me know what you'd like and I'll quote you :)
-If you're buying more than TWO large sprites, please message me first and I'll give you a custom listing. The price will be the same but the time frame of the order would be adjusted.

Not sure if any of you saw my post the other day about wanting Alolan exeggutor merch... well, since there isn't much, I went ahead and broke out my clay for the first time in years, and was very surprised by the fact that this came out to well...

Last chance post before I'm out in a couple of days:

I hope everyone some stress-free upcoming weeks from the holidays, exams and more those pop up like weeds this time of year, yikes.

Hey guys!! My whole shop is on sale today for Cyber Monday! I make pokemon t-shirts & apparel designs (you may have seen them on The Yetee). I made some special all-over print Lunala and Solgaleo apparel to celebrate the Sun & Moon release, but I have tons of other pokemon designs on sale too. Everything is 15% off for the rest of today! Just make sure to use the code BLKWKND16!
https://www.etsy.com/shop/Versiris Hello everyone! Hope all is well!

I received sales permission from entirelycliched on April 2, 2012. Feedback here.

Sales Rules:
-All pkmncollectors rules apply.
-I ship from Florida, USA and ship anywhere. Shipping to international places cost more than shipping within the US.
-I am not responsible for damaged and/or lost packages once they are shipped.
-Whoever is committed to the item(s) first has priority over it.
-Prices do not include shipping, unless specified.
-Feel free to ask for more pics, if necessary!
-If you have any questions, please let me know! ^__^ 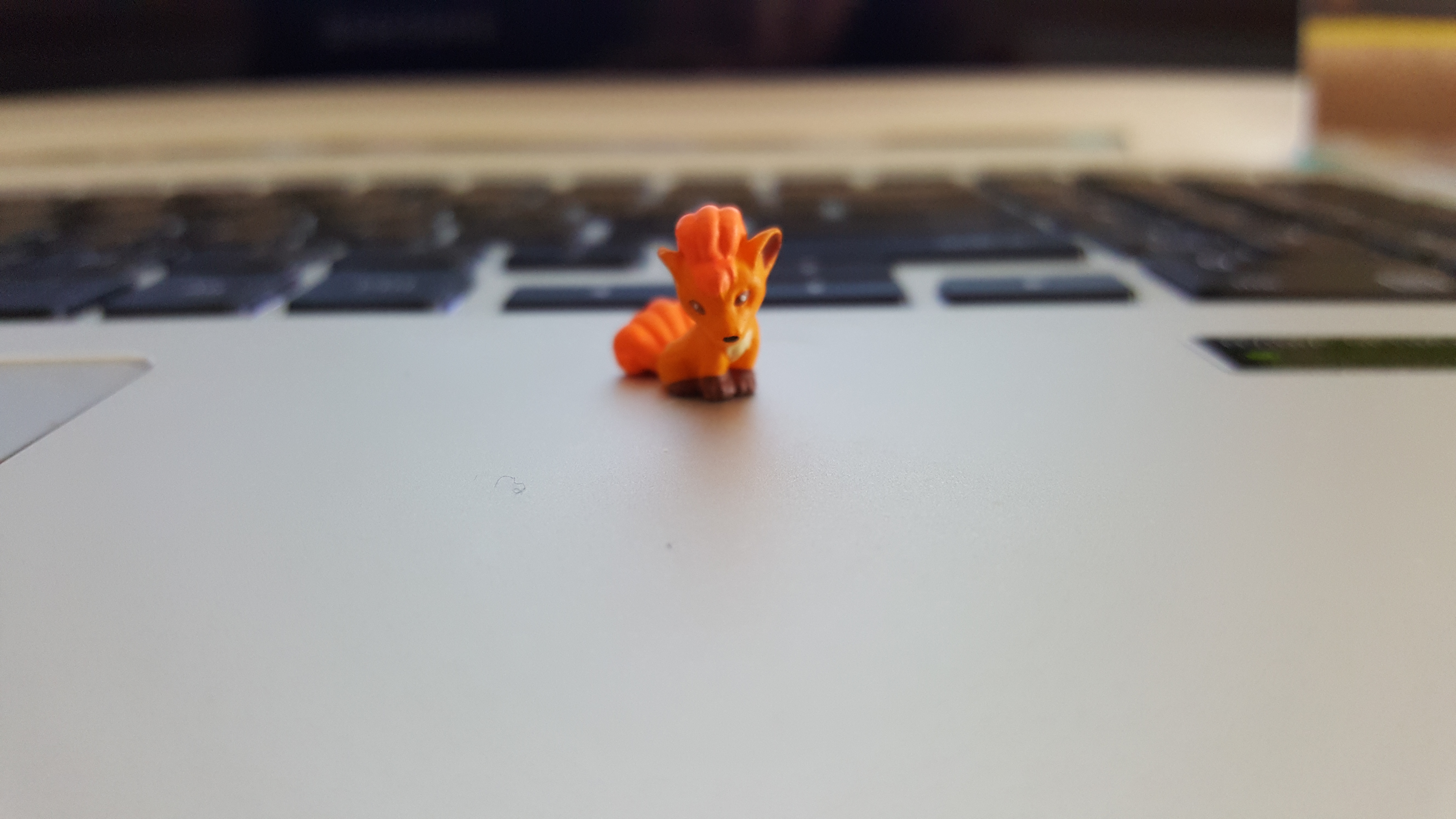 Vulpix is $50 OBO. She is in excellent condition =3 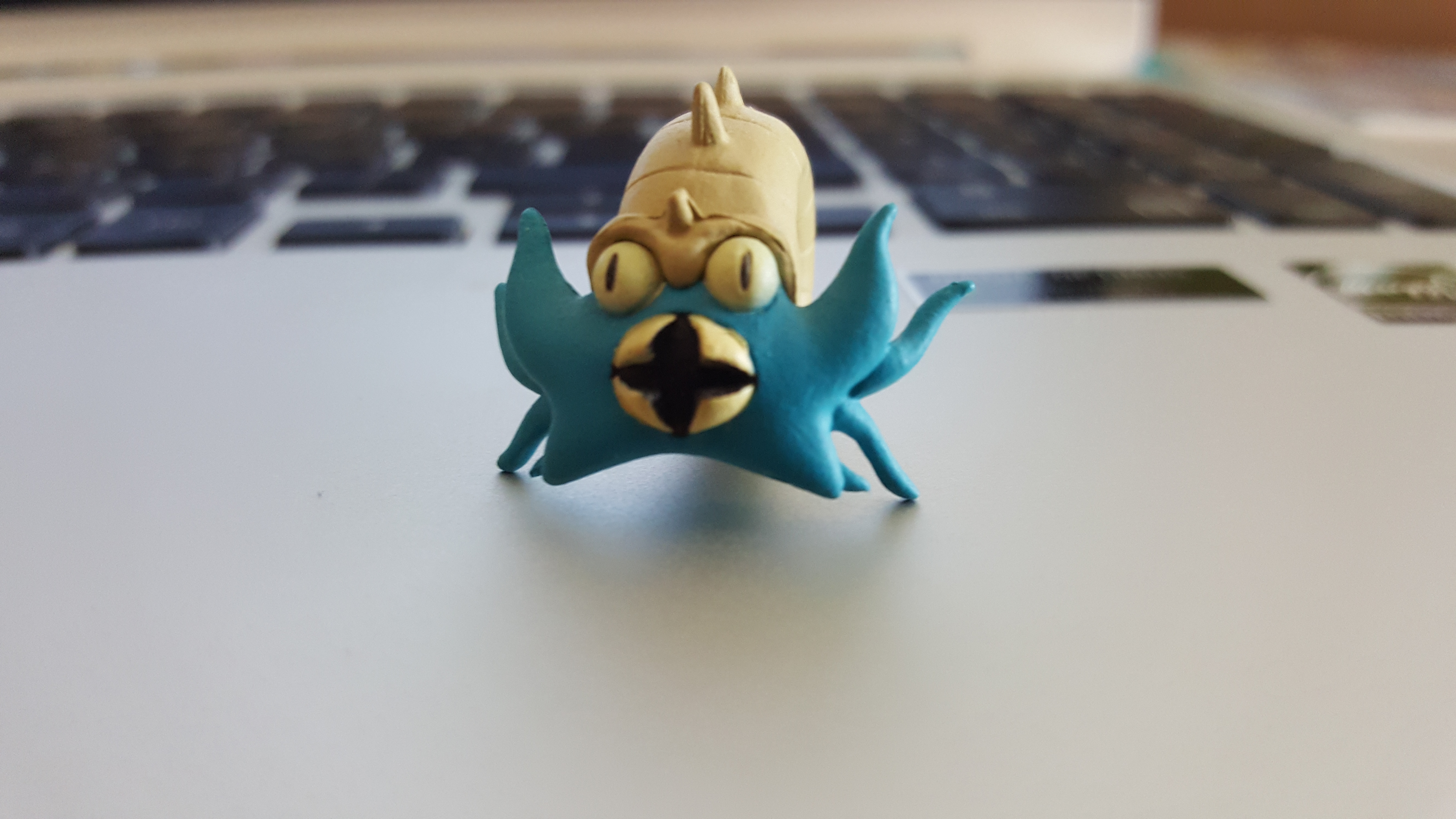 Omastar is $15 OBO. He is also in excellent condition. 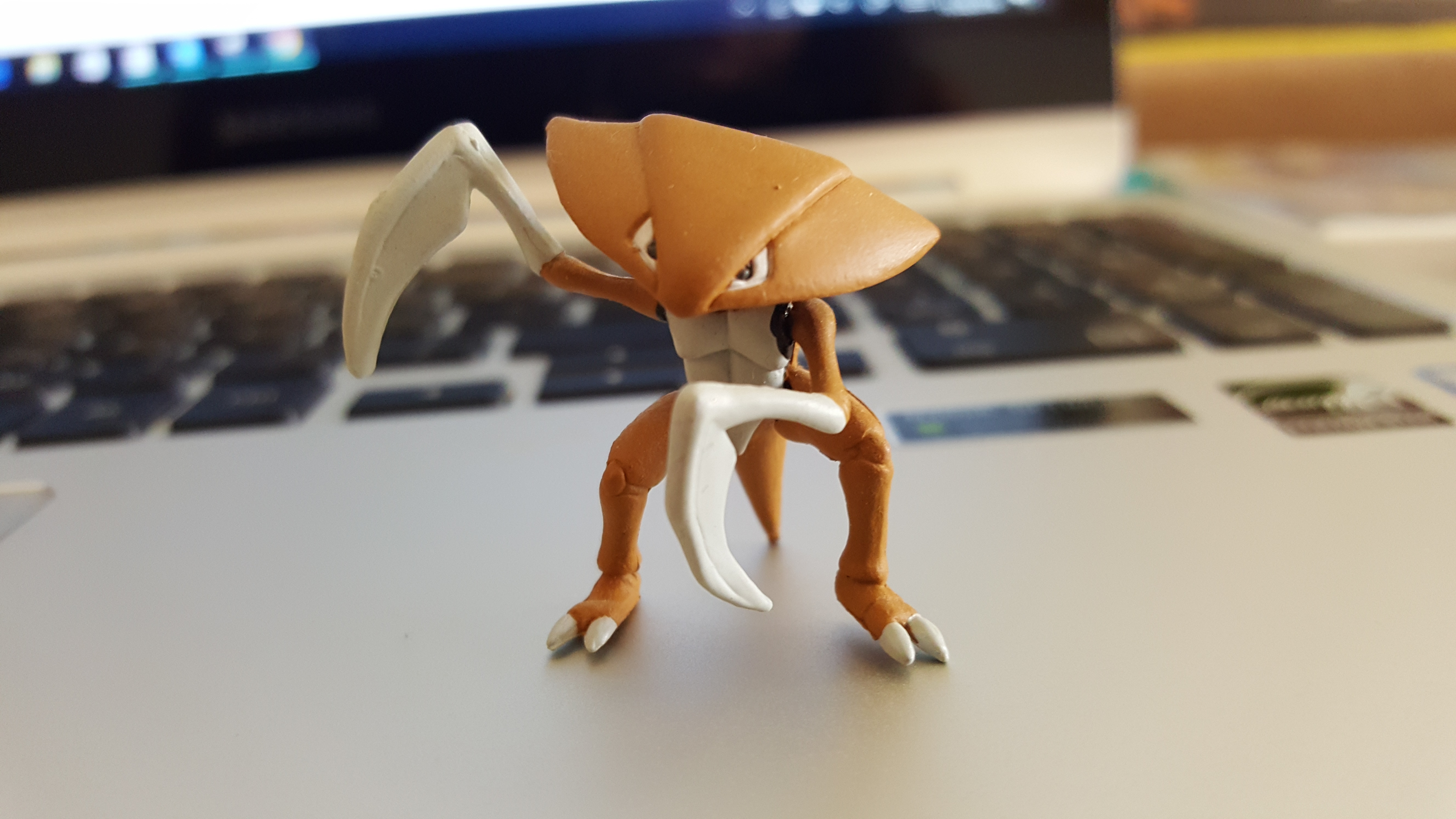 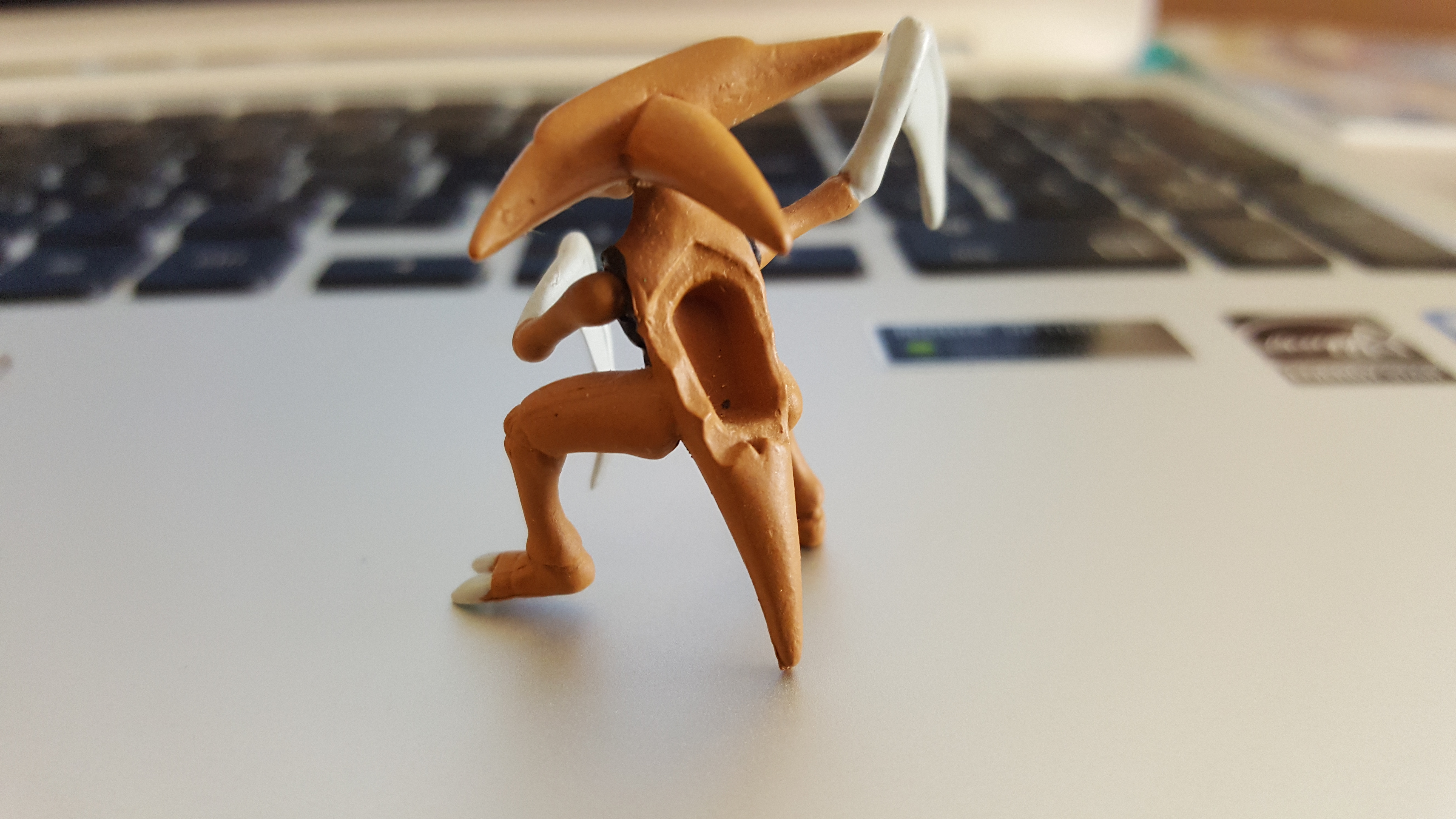 Kabutops is in excellent condition, but he is missing his back piece, as shown in the second pic. He will be $10 OBO.

None of the Zukans here come with their bases or stands, but they seem to hold up without them pretty well.

And that's it! Thanks for viewing! <3

Hey hey!
Due it's Cyber Monday, I've added some items, and also done hugh sales!
Check them out below: (Rules click here) - I was granted sales permission on December 17th 2015 by

( Collapse )Thanks for checking it out!

Also I am always open to trade something from here, to anything from my want list: http://linameerun.livejournal.com/1060.html

Have a nice week everyone! :D

Preview Images of some stuff in it: 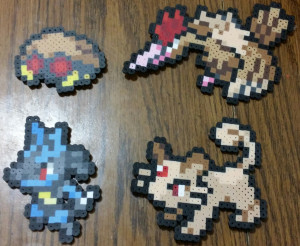 Hey y'all! If you're feeling crafty, I'm selling Umbreon and Raichu patterns:

Hello everyone! I am here today with a tiny want post (my goodness... I don't remember the last time I did a want post)

(I am sorry if I stole your picture/s, I will remove if you don't want me to use it/them)

I also added over 10 new Pokedolls in my sale journal :) 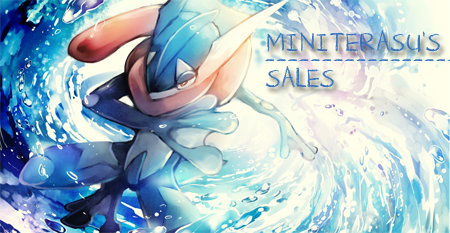 If you are looking for a specific Pokedoll don't hesitate to ask me if I have it! I really want to downsize my collection, but it's really hard...
Please note that I only have regular size pokedoll and no special releases. Just normal pokedoll

I knew I wanted to get the big Popplio plush cause I like him so much. But I didn't expect to see HOW big.

Guys, he's... gigantic. I'm not kidding. Or at least, when I first saw him out of the box.
The Pokemon Center site said 15x15x17 inches, but he easily could be 20. 15 is somewhat of a lie!
He's absoluetely the biggest one I have.
It's so adorable and great to hug and such. But I've got to be honest too, I've always found it odd with plushes that are bigger than the Pokemon in-game...
I checked his height in game,and it's 16 inches, 1'04".
I'm honestly taken aback at how big he is. But I adore him, absolutely.
I get to use this avatar, too. It's exactly how I feel.

Ok, so I checked, I measured, he's 18, almost 19 inches... but even in this photo, he seems like he's just 17 or so. He's an illusion. :o
Around similar height as most of my big ones, but he just seemed so much bigger at first.
I even put him near my Chespin and Lugia, who I know are two of my biggest ones. Here, he looks... about the same, just slightly bigger. And it's not TOO far off from in game height either.

But he's so cute though, nonetheless. The shock will wear off.

Any fan of Popplio (who understands his size) should really get him! Just buy something else so you can save on what I would believe to be really large shipping costs.
OH, side note, is anyone having trouble tagging Popplio? The site doesn't seem to recognize that word as a tag.

Long time since I've bought anything off here, but after a rather sad event involving my dog and my eevee kid figure....I am in the market for a new eevee kid (and new dog ;) )!

As such I totally appreciate most sellers have a minimum spend, but as I'd like to try and at least save on the posting front, Im ideally looking for a UK seller. Willing to buy a few extra things to bump up to a min spend, but anyone out there with a good condition one up for sale?

If not I will just bite the bullet with someone further afield and make sure all my things are doubley out of dog reach! :)

Greetings everyone! I need to get rid of the rest of these plushies and am selling super cheap :D! Please have a look and perhaps give these fellows a home :D!