I just wanted to post a quick update about some recent pin gets and soon-to-gets that have me super excited! 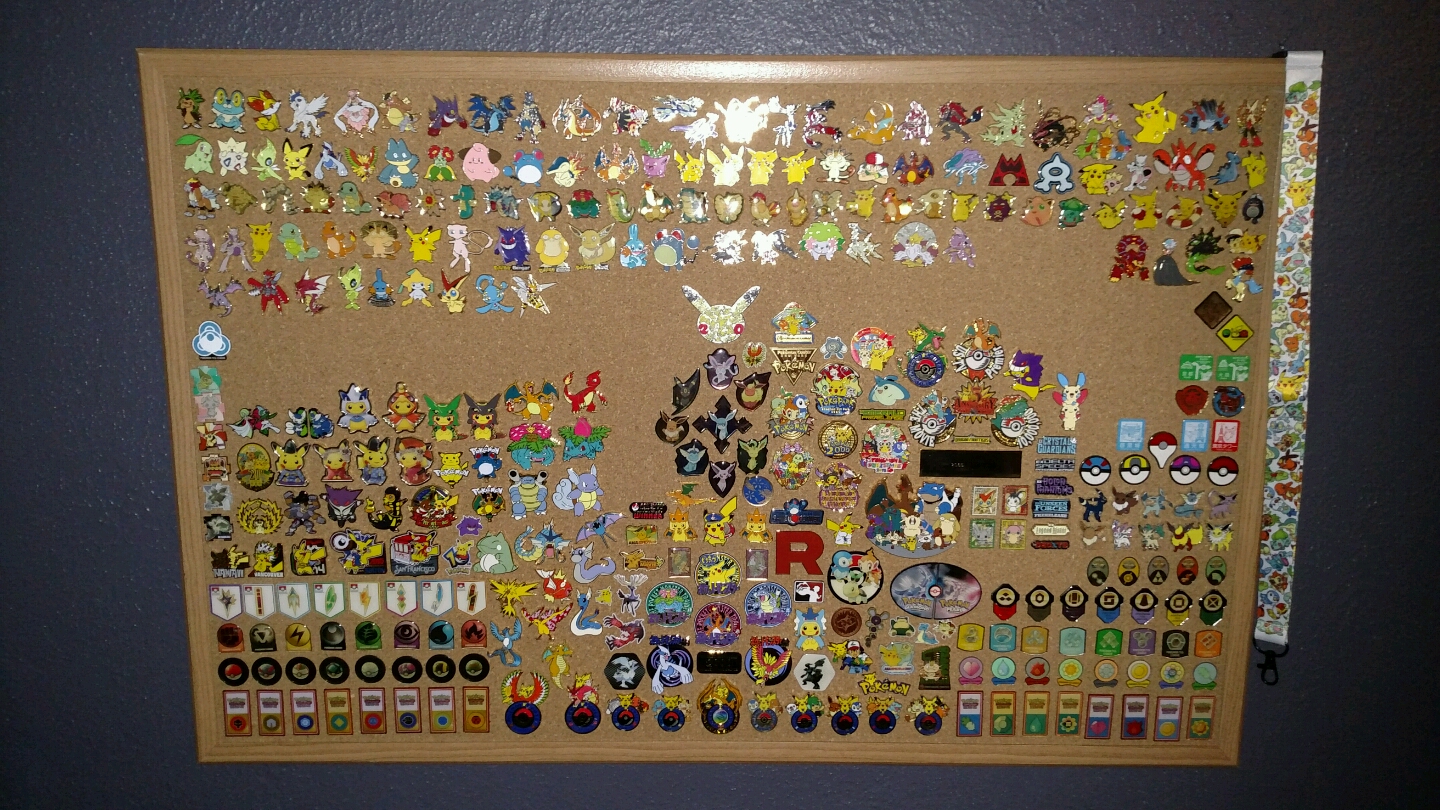 That didn't take very long to hit 350, and I'd like to thank everyone that helped!  I have a feeling 400 will fill it up!

P.S. - If any of these pictures are yours and don't want me using them, let me know and I'll take them down.

Hi guys, just a quick post letting you know that I've updated my sales post now with all the items I have available for sale! It's a small sales post, but hopefully you find something there you like! =D

I've got Pokédolls, Pre-order figures, stampers, TCG and even games! Click my sales banner to come have a look! ^_^

Does anyone have these Japanese CP5 Mythical & Legendary Dream Shine Collection cards for sale or trade?

Also looking for these cards from English Generations -

And these from English Evolutions: 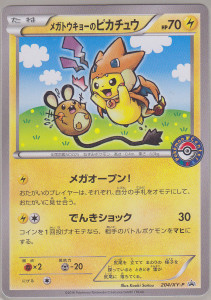 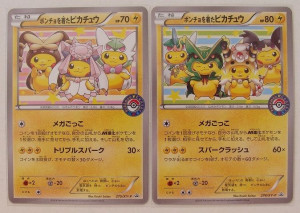 I don't have any info other than the images of these Japanese promos. I might be missing other Poncho Pika cards that I don't know about but I do have quite a few.

I have many cards for trade including EXs, FAs, and promos mostly in English but also Japanese, Korean, French, German, and Portuguese. And possibly some in Russian, Polish, Spanish, Italian, and Dutch. I also have a bunch of TCGO codes, especially from Evolutions.

If anyone is waiting on replies from me, please let me know. I just sent messages to

Hi there! Just popping in with a holiday sales post. For orders $10 and up you get 10% off, and 20% off for orders over $20! Free shipping on orders $30 and up, and can be combined with my non-Pokemon sales. I added a bunch of stuff and all links will be found below! I'll be able to ship Monday-Wednesday this week.

This is a bit off sales topic, but my local Walmart suddenly has a ton of Pokemon things for sale. There are four different lanyards, keychains and there are even ceramic banks for $10! They have Pokeball, Charmander, Pikachu and Eevee banks. Just throwing that out there in case you guys want to check out what your Walmart has <3

Also, I tried to catch up with feedback (I was way behind). If I missed you and you'd like feedback, please let me know! Thanks guys, and hope everyone is enjoying Sun and Moon :D

( Collapse )
Hi guys! Haven't been on in a while... i recently got into a car accident and need to buy a new car :< Im okay though!
ALL my items are negotiable, i need them to go fast.
Ill update my sales soon too thanks!
I have pokemon plushies and some misc.
http://pkmncollectors.livejournal.com/21514123.html
http://michmell.livejournal.com

did the Tomy sun and moon figures released ? or still ? i can see some in ebay (pricy !) and wanted to confirm


this is a reminder for my want list, - updated today (did not get that much , and added new figures as wanted)


have a nice day to all

Hello community! Boy, it's been... literally years since I've posted here. Life and other interests have kept me away, but with the holiday season in full swing, I figured it was a good time to come back and post about my Eeveelution prints and other merchandise. :3 I've created these over the past couple years for artist alleys, so perhaps you've seen them floating around the market if you've been looking or at cons (or possibly Tumblr as they've gone quite viral over there!). I never advertised them here previously, so here I am to do so!

Sales permission granted by Dakajojo on October 13, 2010.
My Feedback 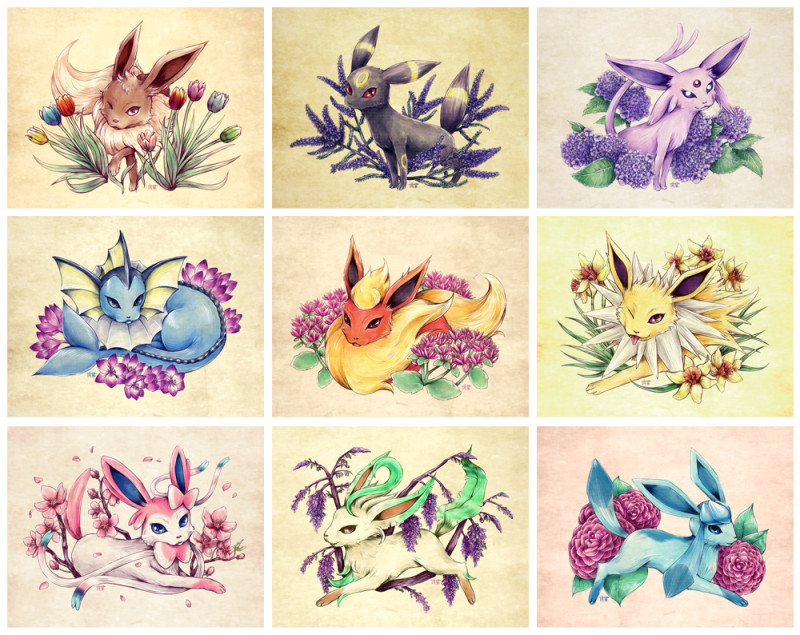 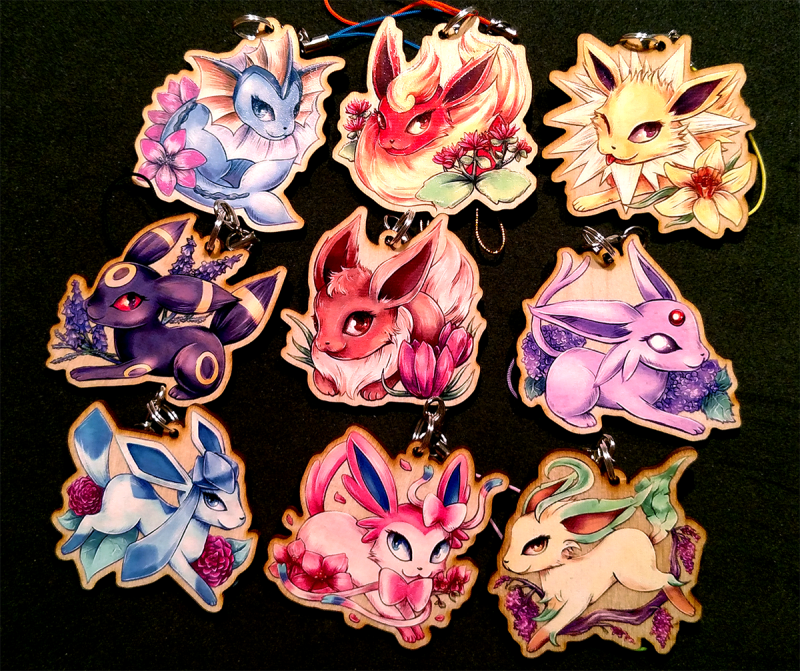 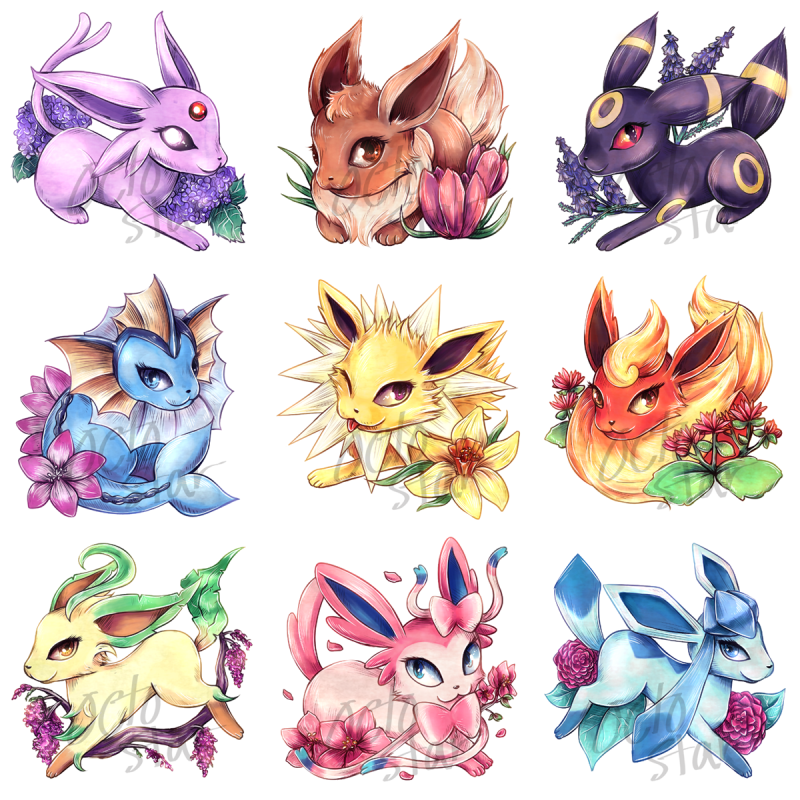 Stickers (same art as charms) and buttons!
Stickers are roughly 3'', printed on weatherproof glossy paper and die-cut to shape.
Buttons are 1.5'' diameter and feature a fun holographic sparkle!
$3 each, buy 2 get one free!
$15 for the full sets!

These sales will be up indefinitely, until I run out of stock. If you'd prefer, you may also purchase these items at my Etsy shop! (though I do not have the stickers on there currently)
Thanks for your time and feel free to ask any questions! ^_^

Hey everyone, hope Christmas shopping is going well for all of you! I recently purchased an all star shinx plush from ebay and I'm not sure if its legit. Its well put together and has its tags, but I'm not very familar with the line so its best to double check.
( Collapse )

The Sapporo postcard with gorgeous art of Alolan Vulpix and Pikachu in the snow... Can anyone help me find one?

Went ahead and ordered off eBay!

Does anyone have any info on this figure or know if this is real? 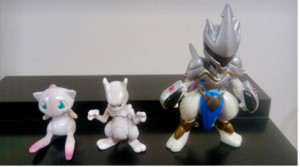 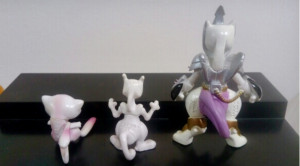