Hello! You may have previously know me as

faleepai but I am faleepai no more! I am now Silvally to honor my favorite pokemon/partner Nobel the Silvally. I hope you know where his dynamite name comes from *hint hint*. I think it deserves a prize :p

I hope that I can become the person associated with Type: Null and Silvally and have the biggest collection of the two someday, so in the future when Silvally and Null stuff starts coming out let me know and tag me in those posts! Also, I would love to collect most Yungoos and Gumshoos stuff too since Mongooses are one of my favorite animals and they both resemble my favorite celebrity (and president elect!!). I'm hoping for an official plush for all four of these cool dudes. It'd be so cool!!!

I know I've been promising to post my full collection and I wish I would've done it sooner since most of my stuff was sold in anticipation for Sun and Moon, but I'm glad I did sell that stuff because Sun and Moon were excellent games with some REALLY cool Pokemon.
( Collapse )
That's all for my collection update. Thanks for looking!

Last Thursday (December 8th) I got an order early, as part of a late birthday present! It was expected to be here the 13th to the 20th, so I think I was a little bit lucky. I also got a nice plastic bag with the order as a bonus, so let's take a look under the cut! 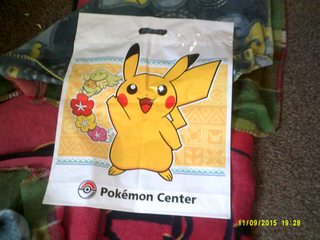 ( Collapse )
And I guess that concludes this post. I'll be back for Christmas things, so stay tuned. Happy collecting!

So... Not gonna lie, I'm so amped about the Pokedoll return announcement, and on top of that the ALOLAN VULPIX HYPE IS REAL, YALL. I have lots of cuties that need homes... Need to make space for new babies! ^-^

Please feel free to take a look at both my Pokemon sales and non-Pokemon sales!
http://kirsty.livejournal.com/5284.html or click the photos!

I just ask that everyone please be sure to read my rules - I've had a lot of people ask about the same items, but QUOTES HAVE PRIORITY for 24 hours! You have to respond if you want to go through with the purchase! I'll ship orders on or by Thursday!

Hey so it's been a while, well I lost my entire collection that I had other than my metal figures and my custom shiny hydreigon plush when my house burned down two weeks ago, so there goes my almost complete hydreigon collection... but it's okay, after some purchases that didn't arrive until today and with the upcoming news of the new plush coming out, I've decided I'm going to collect Popplio now (only plush though because starters always have waaaay to much merch for my wallet) so if anyone is doing claims for these below I'd love to claim one of each of these Popplio babies!

P.s. Yes I know they haven't been released yet 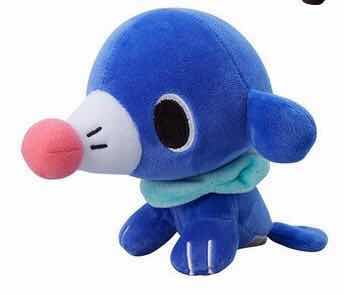 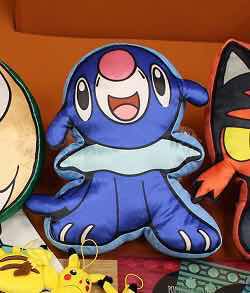 Hello all!
Some of you might remember my post from awhile ago asking for ZenMarket help here

WELL as my luck would have it, I'm still fighting to get this package. 😑

Full details under the cut
( Collapse )

TL;DR: I spent about $40 for a plush I'm not even gonna probably get.

Yeah so, not really sure theres much more to add. Seeking to buy this Meowth Figure!

I'd prefer it to be decent condition. I already have the clear variant, so seeking the solid form now!

If you or anyone you know is selling this little fella please let me know!

Also seeking Non-Flat Pinsir Items I dont have. I really should snap a pic of what I have already sometime, but if you have any pinsir things let me know I'll see if I need it :P

Alola! For all those involved in my Pokemon Cafe Pickups Claims: everyone's items have been secured and I'll make another post with final quotes later this week.
I managed to get all the can badges that everyone preferred, so no trading is required!!
Let's just say the Pokemon Gods helped me hahaha... 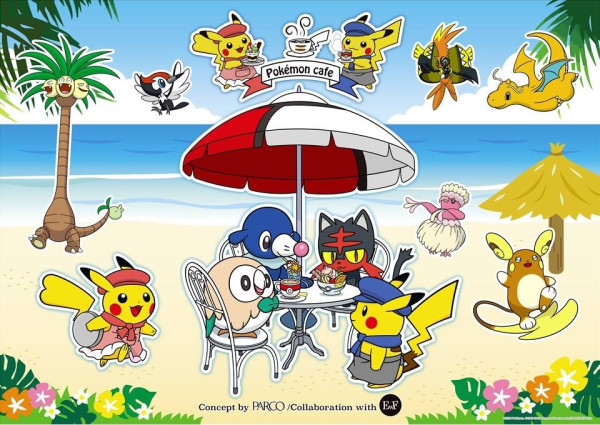 I have a few food-exclusive items on hand now and I'm offering it for sale. Priority goes to those users who made pickup claims. The priority period is 36 hours. After that, all comm members are free to purchase if they want. :)

Have a nice day!

Hi everyone! While many of you probably have never seen me around these parts before, I have been a member of this community for seven years; and I used to be reasonably active. However, I went off to school a couple of years back, packed up my collection in boxes, and haven't found the time to post here in quite some time! But I'm settling into a new routine, and I think I'll have time to be more active in my collecting persuits again!

Since I haven't actively collected Pokemon in a couple of years, this previous re-introduction post should suffice for now--I still have all of that merch, but it has been in storage since a few days after that post. While those collections will probably stay that way for the time being due to lack of shelf space, one Gen VII Pokemon in particular has captured my interest, and I will reboot my collecting spirit with him...

Decidueye! I really like the design and how well it suits many different artstyles. In fact, that brings me to the main subject of this post: I've been out of the collecting game for a while. Are new Pokedolls still made and sold at the Pokemon Centers, and if so, have any Gen VII Pokemon Pokedolls been announced yet? I'm particularly looking forward to (hopefully oversized, like Gens V and VI!) Gen VII final form starter Pokedolls if so! I looked around posts here for a bit and couldn't find any news on this merch, so any help would be appreciated!

I've finally sorted through all my zukan figures and put them up on ebay, there's a few lots and a bunch of individual ones but they're all at 99p so you may be able to grab a bargain! I forgot to add it to the listings but I am happy to combine postage, if you have any questions lemme know ^u^

Additional images of items put together and unpackaged can be found here: http://kinokokoneko.livejournal.com/2232.html

Hi everyone! My name is Vincent and I have been a long time lurker of this thread. I was one of the first people in my high school to have a LiveJournal, since 2001, but I have not posted anything since 2007 so this is a big deal, please bear with me if I miscode something or type something incorrectly. A little bit about myself, I first got into Pokemon with Pokemon Blue and then skipped Generation 2/3, got Diamond, Black, Black 2, X, Alpha Sapphire, and now Sun & Moon but have gone back to secure Pearl, Heart Gold, Soul Silver, and White. I had complete sets of the TCG from Base to Gym Challenge I think, definitely Base to Team Rocket, and I had the Burger King toys like every other kid in America XD

But what I never had were the original Hasbro release and now Tomy MonColle figures... That's all about to change (my wallet is crying). Behind this cut (I hope I do it correctly) is a photo of my current collection, and the 18 MonColle (don't care about the non Kanto ones) MonColle figures I recently bid on and won via a third party from Yahoo Japan Auctions to jumpstart my original 151 collection of Tomy MonColle figures. I am basically going in order of what I'm searching for at the current moment but I find I am having trouble finding the Squirtle evolution series.

I live in Toronto, ON but have family in the states so shipping to Canada or US are both options, whichever is easiest and I have Paypal at the ready to pay unless you prefer a postal money order. I think I followed the rules here, if I wrote something not allowed, I'm sorry!! Please help a fellow Pokemaniac out and happy hunting everyone!! ^_^

Final Question
For the Trainer's Choice Bulbasaur/Charmander mega evolution sets released domestically, is it just me or do they have a more less shiny paint coat than the ones featured in the above photo of the Squirtle, Wartortle, Blastoise set which I think was released during Black and White? I saw a YouTube video today and it looks like the grass and fire starter sets have a more matte paint coat and if it isn't painfully clear, I may have bit off more than I can chew starting this Tomy MonColle set. I know Squirtle was recently rereleased in Japan but what about Wartortle and Blastoise (non SP version)? Just trying to find the new versions in a similar hue/matte scheme as like my Trainer's Choice sets.
Collapse