Another Quick Gets Update!

I had the quagsire plush I bought from

akeyma came in today and felt it deserved a quick post because he's really cute.

Also, earlier this week, I was finally able to go to the post office in person to pick up two pokedoll plushies I bought from

vande_bot! These are for my brother, he's probably going to flip out. :) I love giving pokemon stuff as gifts because I love looking for them! :D 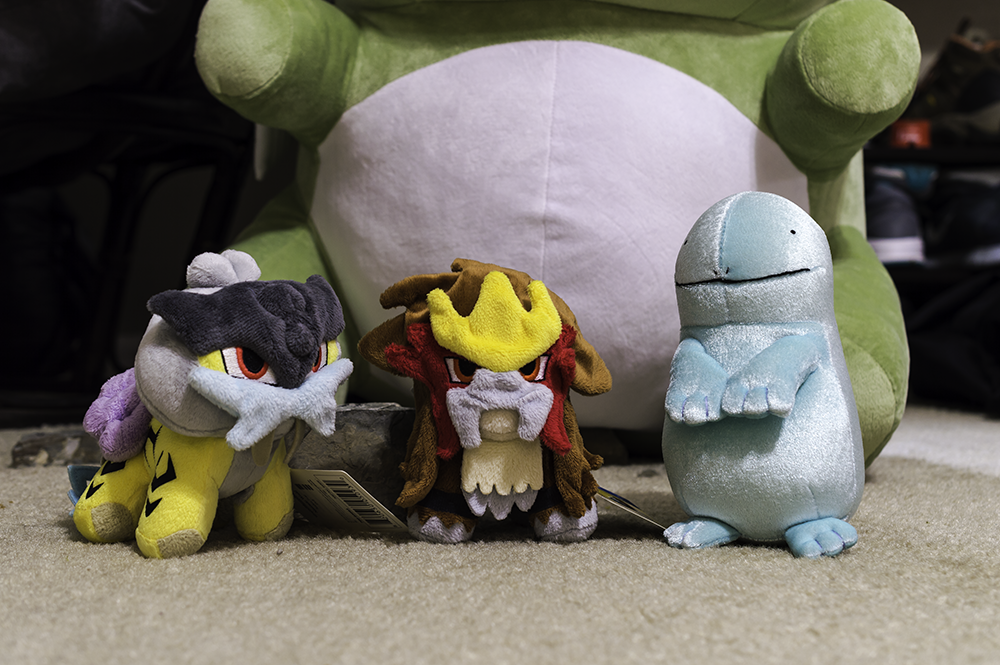 I'm also really considering posting a series of photos for each of the plushies (and toys!) I have with thorough descriptions, grouped by which pokemon they are or something. I keep finding posts like that whenever I'm looking stuff up, and they're ridiculously useful! That's how I came across this community :D