I got a bunch of new stuff yesterday so i finally got around to cleaning up the cabinet, whicn had been sucn a mess. Even emptied the shelf next to it because the cabinet just isnt enough anymore

Sorry if this kind of post isnt allowed. I'm looking forward to the Lilligant plush in the set. I didn't realize sites like amiami and play asia carried them and by now all their preorders are closed. Trying to see of I still have options to pick her up.

Hi all, I hope you've been well!

Free shipping within the US. 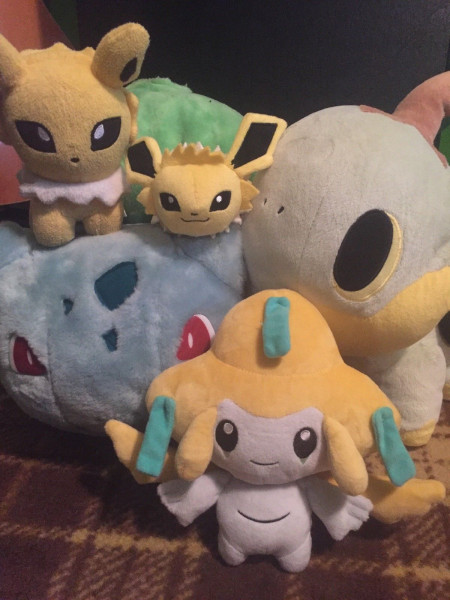 If you have any questions please message me on ebay, I'm a lot more active on there!
Thanks!!

Hey all, just wanted to update with some awesome gets!! Pics under cut!

So I have a question about sales permission. I posted my application in DECEMBER 2017 and have yet to hear anything at all. The post says the average wait is 2-3 months...clearly it isn't. Is areica96 the ONLY one giving sales permission? It sure seems like it. I get the mods are human and have lives outside this site, but that seems like a LOT of work for one person. Is there no one else helping out with that? I can handle the wait, but what's annoying is that the posted wait time clearly it's right, it should be more like 9-12 months. That might help save some frustration people might feel on the extended wait time if they knew ahead of time it was going to take that long.

After searching long and hard, I finally located the Quagsire squish I've been searching for and it just arrived today! :D 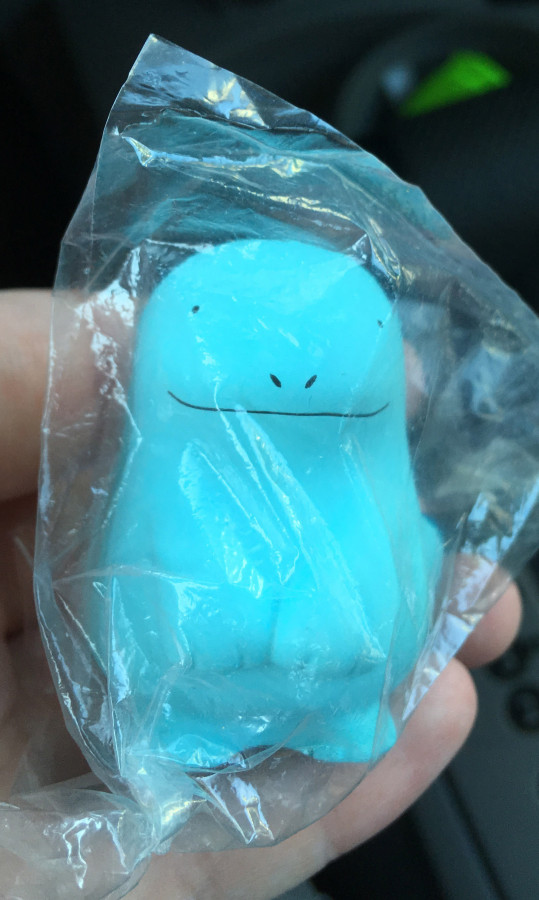 So weird story about this little guy. For a hot minute I thought it was a prototype by a company called Alpi, which was responsible for the other "Pokemon Squeezies". I had contacted them trying to find out who the manufacturer was, and managed to get in touch with the company's president. He told me they had prototype molds on file for a Quagsire squeezie that never went into production, so we both assumed this was it. Then, I found this one on Mercari. It was the middle of the night on a Sunday in Japan at the time and in a panic I asked a FB group I'm in if someone would middleman for me. A new friend jumped in and grabbed it for me! We got talking about it and she said she sees them from time to time and that they're by Banpresto. So... now I'm confused.. and admittedly I have no idea how rare it is. But he's cute and I have him now? :D

Plus I figured it was a good time to update the ol' collection! There's this weird sticky figure that's kinda hidden behind a coin pouch in the photo but other than that you can see all of it! I have a few more quags coming next week in a Noppin order, but this is where I'm at so far! Still on the hunt for that elusive marble! Poochyena is on a TOWEL, you say?! What? Appearing on washi tape and a puzzle cube wasn't weird enough? 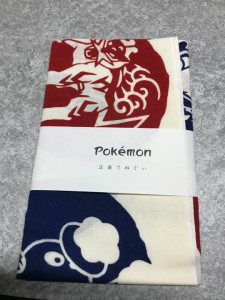 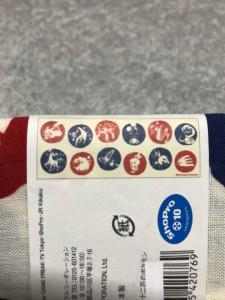 Anyhow, looking for info on this towel and where to buy it! Here's what I know: ポケモン 鎌倉 注染てぬぐい . Pokemon Kamakura towel. So comment away with year, promotion and anything else. It will be much appreciated.

And to be random, have a Poochy and Mightyena wants collage photo.