Hi, I have a few of the Petit Fleur & Floral Cup Collection left over from my claims last month so I'm selling the remaining.

Sales Permission granted by entirelycliched on November 6, 2014.
My feedback can be found here: http://feedback.pkmncollectors.net/feedback/view/joy_dust/
( Collapse )
***
( Collapse )

I started to collect wurmple, so I'm looking to buy anything of it! Please let me know if you have anything! I'm not interested in it's evolutions. 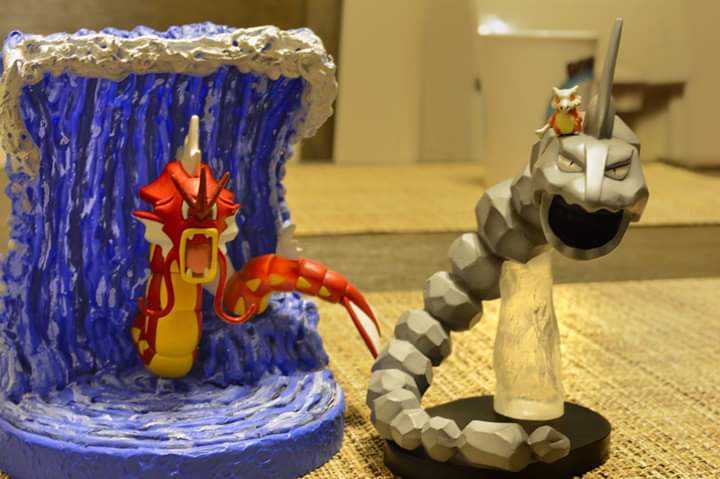 Got my onix 1/40 scale figure. Not bad though I find the tail to narrow or is it just me. Anyway finally this one will complete my 151 kanto region zukans.

Hello!
I still have some items I am trying to rehome asap plus trying to get moving funds~
So I am going to have a flash sale!
Free shipping and no PayPal fees!

Hi, been a member for a while now but finally doing intro post. I share a collection with my sister, and we mostly collect the human characters from the anime, manga and games. We live in the UK and we’re both in our final year of University studying Sociology, considering doing Pokémon collecting as a topic for our joint research project.

Loved Pokemon since childhood, and recently got more into it from rewatching the anime - currently on Sinnoh. Our mains would be Ash and Gary but we also collect other humans and hope to find items of our favourites like May, Drew, Red, Blue, Mairin and Alain. Although wherever Ash goes Pikachu follows, so we of course love him too! We're mostly into figures and plush, but anything with Gary on it is valued! Other than trainers, I collect whatever Pokémon merch catches my eye, I’d rather have a few items of lots of different Pokémon than lots of items of just one Pokemon – gotta catch em all lol. Our collection is a mix of first wave 90's stuff from the hype, like Tomy figures we got as kids, and more new stuff like the GEM figures. eBay has been our go-to for old Ash figures, but hopefully this lovely community might have little Ashs lurking around :)

I’ve really been enjoying playing Moon, chosen Litten as my starter, but Rockruff is my real fave! Have some TCG but not a serious player, casual Pokemon Go player too. Putting together a wants list, but you can assume lots of Ash and Gary is on it! Grails would rare/expensive Ash figures like the movie dioramas. Happy to be tagged for any human/trainer merch, especially Gary or Ash stuff! ;) Never bothered keeping anything minty - everything is for snuggles >.< - so perfectly happy to buy out of the box/packaging merch. Don't expect to get all my wants very soon, especially as I’m into many animes/mangas and games, so not all of my efforts (and money lol) is spent on Pokémon. My hobbies other than collecting are figure photography and cosplay, last year I cosplayed Gary and my sister did Ash. 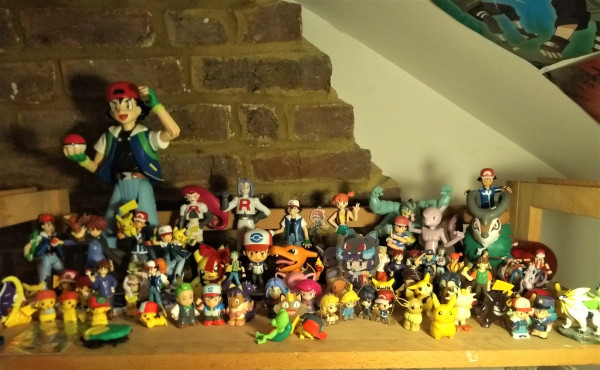 A shot of some of our collection, other stuff is in boxes right now and the plushies are closer to my bed for snuggles hehehe. (sorry if there are any mistakes, its my first post on Livejournal)
Collapse