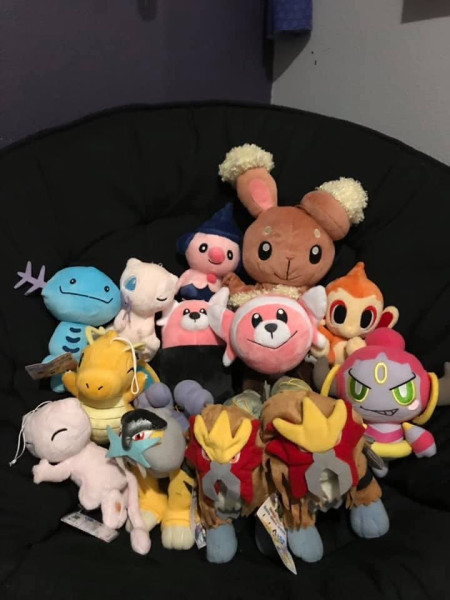 Hey guys! I've added a bunch of plush and figures to my sales post - most figures and kids are $1, and offers are welcome on everything else :D Click HERE or on the photos below! Thanks for looking C:

Before the new stuff, a repeat of my merch wants:

Anyways, I'm looking for various region Soulsilvers! I already have US, KOR and JPN. In terms how much I want them:

Most wanted but unreasonable: The supposed LTN Spanish (more on that below)

Yes, I'm aware there aren't major differences in the US/EUR/AUS English carts and the CDF/FRE French carts. As for the LTN Spanish (which is essentially a relabeled ESP), I've yet to see any proof that it exists but Bulbapedia claims there's one (though without a citation). I'm looking for the plastic box, inserts and cart at the minimum, but the outer cardboard box and Pokewalker as well would be nice, though pricey. I'm also looking for a plastic box for the Korean SS, but I doubt I'll get one.

As for Pokewalkers, that's a lot more loose. The clip is nice but not necessary and they don't need working batteries either.