So my last post consisteted of unobtainable grails. I made an interesting discovery while making said post.

Back in August 2006 in New York City, there was a Pokemon event in Bryant Park called Journey Across America, which celebrated Pokemon's 10th Anniversary. There was fun activites like trading cards, a show, and previews of future games and what not. The interesting part was the statues around the park of Pokemon. 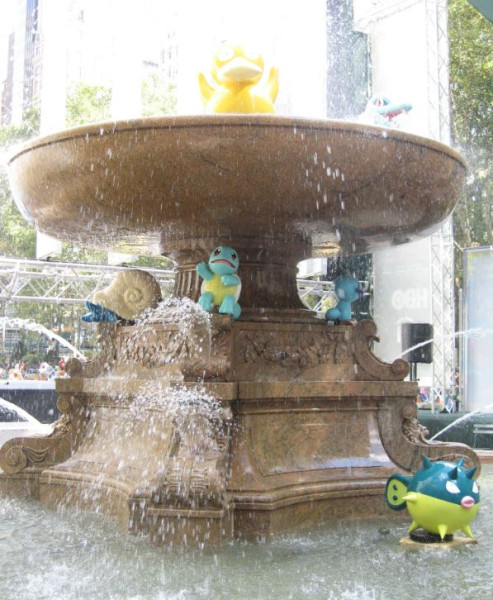 Something looked familliar about them. Upon coser examination, I releazed these statues were the exact statues that were in Pokemon Center New York! The statues were removed in January of 2005, so that means they were somewhere in storage and were pulled to use for this event over a year later. I was so shocked to see these! Check out the comparison pictures below the cut!

These are the only pictures I could find, so not sure if there were more at the event, since there is still a decent number of original statues missing. So who knows where they are now. This gives me at least a little bit of hope they are indeed in storage somewhere and were not destroyed/thrown out.

I will be updating my Pokemon Center NY website with these soon!

News round up for January 28th- February 3rd