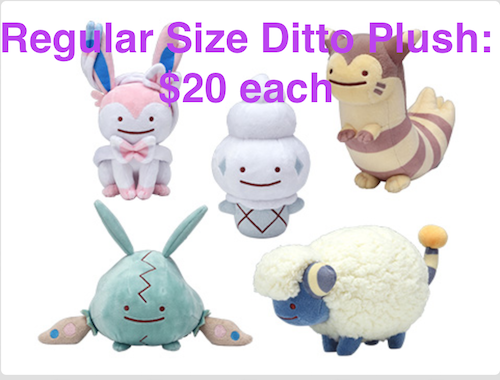 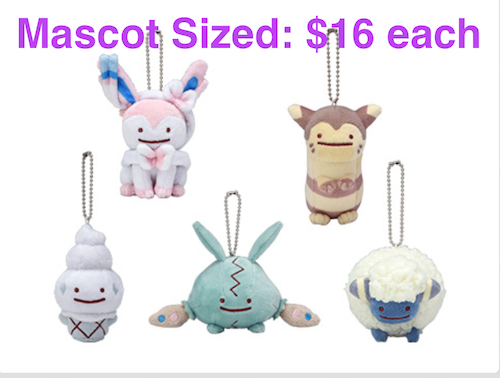 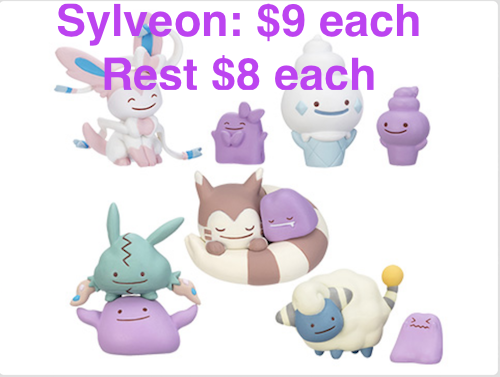 *GATCHA ARE NOT GUARANTEED*

I ship from the US
Shipping starts at $4 domestically
I am a slow shipper sometimes >___<
paypal only, prices do not include shipping/fees


PS: SAIKO EEVEELUTION HAVE ARRIVED + POKEDOLL MERCH + DESKTOP FIGURES! I am in the process of creating totals!

I’ve updated my sales page with some of the new Eevee kuji items! I’m also taking offers on anything that was already on my sales page. Please feel free to make me any offer or ask any questions you have. Thanks! 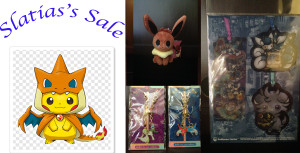 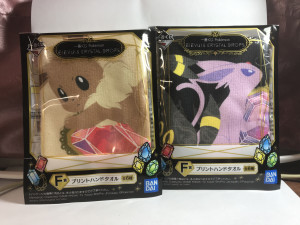 Just getting rid of some of the unwanted stuff from my Fukubukuro, everything is priced lower than original Pokemon Center pricing. There're so many very heavy notebooks in the Fukubukuro which cost me insane shipping (I spent $66 shipping on the Fukubukuro). So I'm selling these at cheap prices to at least make up for the shipping cost.

Have a nice weekend!

Eek, I finally today received a parcel from my middleman with a few items I've been looking forward to so here's a gets post, together with some other items acquired the past few months! There's still some very exciting items at my middleman's but that'll have to wait for a next collection update. 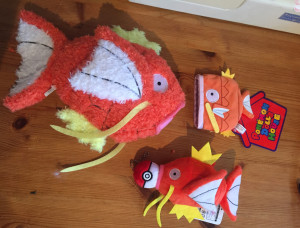 And I also put up a made-to-order listing for a limited amount of Mareep plushies on my Etsy, there's a few left. I also still have a Shiny Wooper available in my Etsy looking for a new home. 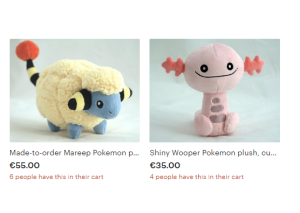 I just picked up these
Is anyone familiar with these? I am curious, theyre by Bioworld, so theyre officially licensed but I havent seen them in Hot Topic and my bf owns a video game store and bioworld is one of his distributors ans hasnt seen these. I was wondering how old these were or if they were a new release? It has the old design kn raichu so thats why i was curious

• INTRODUCTION •
Hello everyone!
I’m Nyange, a dedenne lover & collector .
By far I’ve collected almost every official ‘dedenne only *’ merchandise all over the world that is known of excluding things I post below.

*I don’t know how to describe it in English ,it’s like the differences between a clear file with only dedenne and one with many pokemon including dedenne. In most cases I won't buy the second kind unless it's very good-looking or cheap .

Here's some of my dedenne armies!

My favourite pokemon is dedenne of course. I like raichu ,rockruff , togedemaru , and swirlix, too. They’re like ,well, my side collections.
I collect some pokedolls as well ! Maybe next time I can post something about them!

As I've known , there are 2 kinds of dedenne plush of Tomy they had realised pages/pics but never came out for sale . I want one of them and want to know if anyone have its detailed information.

Phew, this one took a long time to find but she's finally here!

A friend in the community discord helped me get her from Japan. Her box is a bit damaged but her card is perfect so I scanned it.