Greetings all I'm looking any Tretta, Battrio or Ga Ole' of Meowth and Persian for a friend. So if anyone has any for sale please let me know.

I put up a rare TCG card for auction and a buyer won it for $200+ on July 1st, but they didn't pay. I thought they were busy around holiday so I didn't send them message asking for money until Saturday. They replied on Sunday saying a family member just passed away and needed two more weeks to pay. So it's a total three weeks delay in payment. I need to visit my parents later this month and won't be able to ship, so I asked them if they would be able to pay before July 21st (it's just about the two weeks they asked for) but didn't get any reply. Plus the reason they're not paying sounds like a bad excuse to me, what should I do now? Anyone happened to be in similar situation before?

And a quick sales reminder, I'm away for two weeks at the end of this month. I do need to clean out some stuff, so I'm willing to give discounts.
https://fdarkly.livejournal.com/804.html

Hello comm! It's been a loooong time since I posted, but I am back with a new type of custom - laser cut wood charms (and possibly boxes). I have some premade eevees for sale too :) 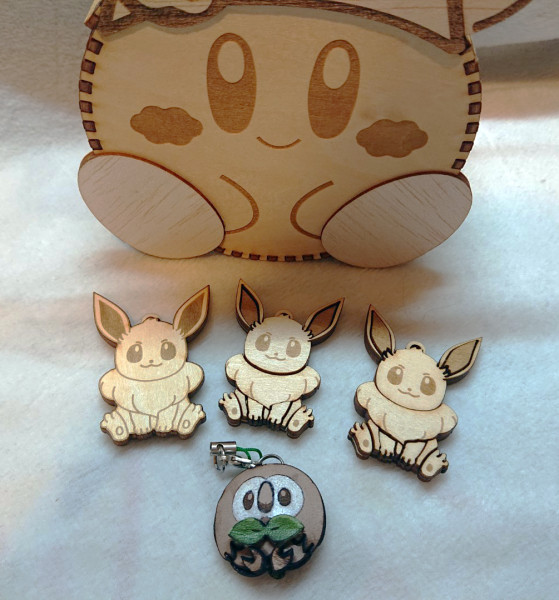 Thanks as always!
Collapse