Hello Everyone! It's been a long time since I've updated my Zeraora Collection. Sorry for everyone who's already seen this! 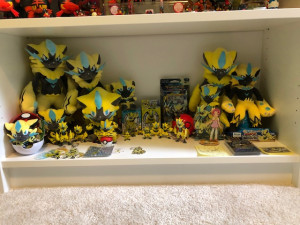 Here's the whole shelf together

However, this showed up yesterday! 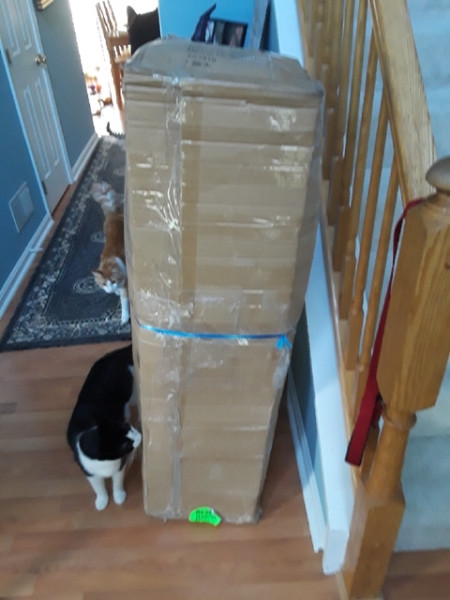 And a very curious Kitty!


That's my update for now! Thanks for looking!

This is just a little reminder that I am doing claims on the Acrylic Charms for the upoming promotion releasing this Saturday: Berry's Forest, Ghost's Castle! 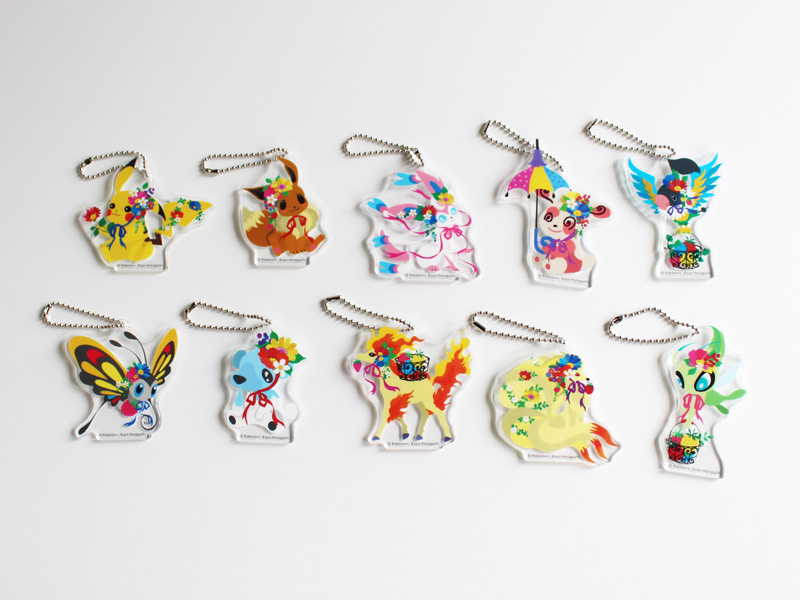 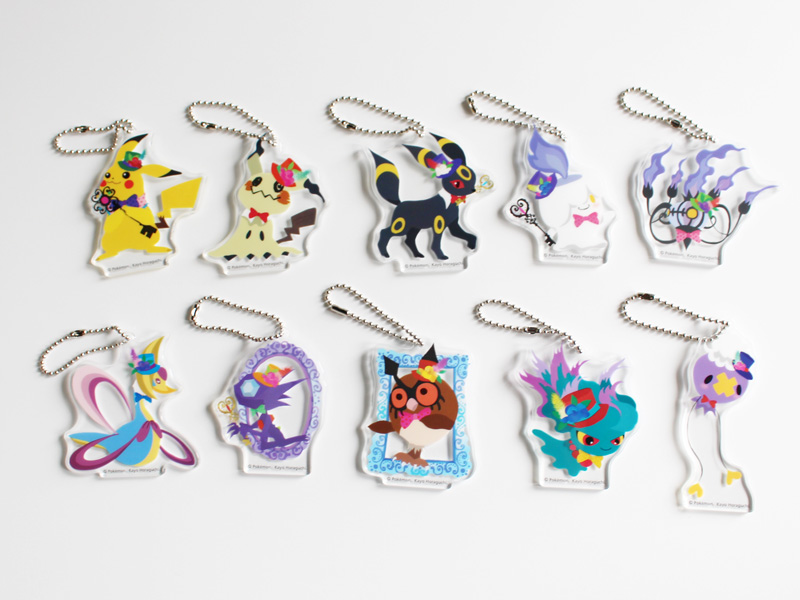 Most have been claimed, but I still have spots open for a few Pokemon. To be transported to the post, please click the photos or the following link: https://pkmncollectors.livejournal.com/24114996.html

I will be closing and finalizing claims for these at 6:00 PM EDT (Detroit time) on September 12. So, please get your claims in before then!

Thank you for taking a look! I greatly apprecaite your help in splitting these sets!
Until next time~
kuro｡*:★

Hey everyone! So I know I have been MIA for quite awhile but I’m back 😁 I’ve also decided to auction off my Metal Collection.. this first auction is some of my rarer pieces and ends on Thursday.. more auctions will follow.. happy bidding!

Today I have a question about settei. I recently purchased a rather big lot of them.

Picture of a rather big lot: 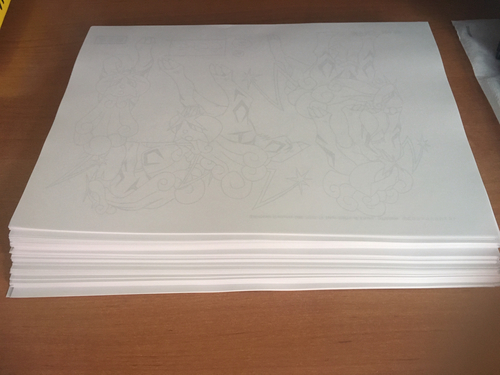 This is my first time to even hold them in my hands, so obviously I don't have much experience.
I bought them from a Y!J seller, that had many listings with anime reference materials and 100% positive feedback, so I thought they might be selling a real thing. But the more I look at these pages, the more I think how easy it is to make copies of them and start selling an infinity supply of settei.

I understand that most setteis are photocopies of original pencil sketches used by animators. But if that's the case, how is it possible to distinguish between photocopies made by animators and photocopies made by sellers who want more profit? Is it even possible? Is there any difference in how much "legitimate" or "official" they are? Now I'm worried that I don't have settei set, but a bunch of expensive colouring pages...
I'm asking this question not because I want to become one of these sellers, of course. I want to sell extras (almost 200 sheets), and I want to eliminate the possibility that I'll sell counterfeit products.
I probably should've asked this before buying the lot, but it was an impulse buy, hah.

Here are photos of some of the setteis from the lot: album

I would much appreciate any help and thoughts.

Edit: The set I bought features human and Pokemon characters from "Masters of Illusions: Zoroark" movie, so if character appeared in the movie, then that character probably is in the lot. (No Beasts, they are mine!) I need to photograph and sort out setteis before selling them, and decide on sales format. I'll try my best to do it quickly. Thank you for your understanding.

Other news, I'm slowly learning how to sell on Ebay, and I thought that maybe someone would be interested:
Ebay auctions
(Sales permission granted 2016/05/26 by areica96, Feedback)

I've recently been sucked in by these lil cuties, despite my best efforts with the flood of Eeveelution merchandise.  I am looking to purchase the Eevee poncho figures!  Hopefully some of you wonderful peeps have the ones I'm missing/wanting to buy?

I own Flareon, Leafeon and Glaceon already.  I am looking for Vaporeon, Jolteon and Sylveon. (I might be interested in Espeon and Umbreon, but the first three take priority.) Ebay is too pricey.  I am looking to spend $6 - $10 on each figure.  I am located in the States.

Also!  I am thinking about purchasing a few plush from this promotion as well!

Full size plush, not the mascots.  I am after Flareon.  (Also Leafeon and Glaceon, possibly.)  Condition does not matter.  Looking to spend 30ish bucks, or whatever.


Thank you for reading!  Any leads are helpful and appreciated!

Hi there! My name's Aaron and I'm brand new to pkmncollectors. I've been looking for a community to share my new gets with for ages now, and just came across this one not long ago. I'm kinda bad at introducing myself so I'll just jump right in I guess! Please let me know if I'm getting anything wrong with this post haha

My primary collection as far as pokemon goes is rockruff — as the username might suggest. Here's my whole family so far!:

Still looking for some items any help would be great im willing to buy any of these ASAP
https://silvallyzel.livejournal.com/2161.html 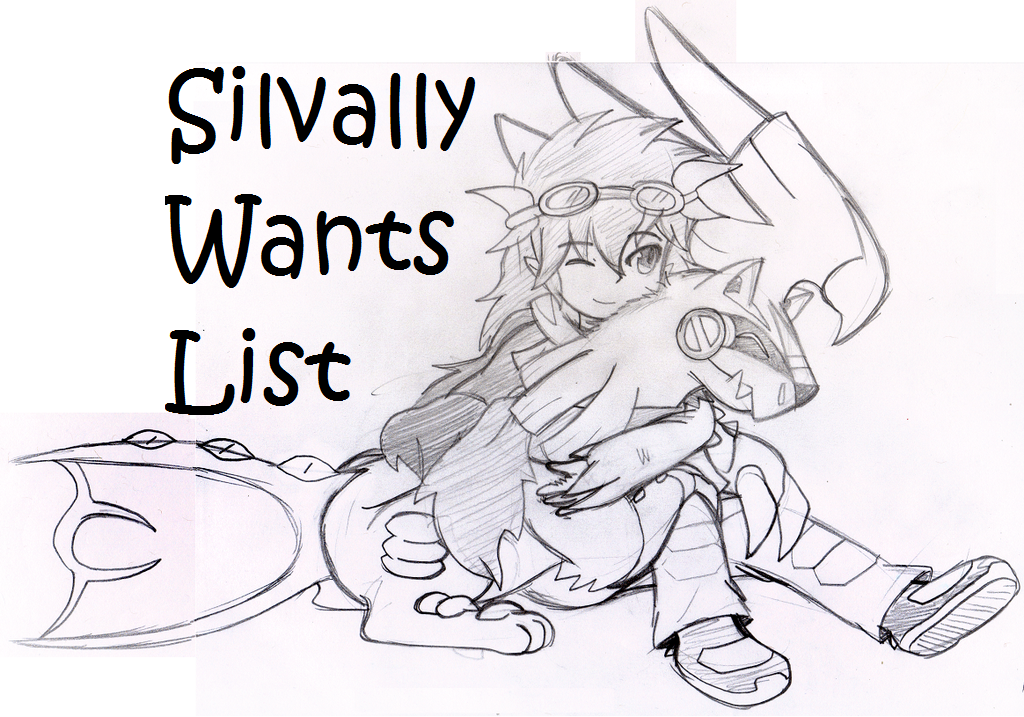