Hello fellow Pokémon lovers! Wanted to share with you guys an update on my Gastrodon collection!
( Collapse )
Thanks to two really nice people (one on here and one on Facebook) for helping me find two of my grails where I just need my last grail and some other items (mostly flats) and my collection will be done besides any flats! Below is the grail I need! (Gastrodon East blue stamper) and some other items I need for my collection!
( Collapse )
If you happen to see anything that I’m missing please let me know whether you’re selling it or not so I know to keep an eye out for them! <3 pictured below is my two acquired grails and a cute custom plush from a seller on Etsy! I sent them a picture and they made the plush exactly how I wanted it! If you like how it looks or want a custom plush done let me know and I’ll message you their link!! (Clear Gastrodon East Kid Figure and Gastrodon West Stamper are my grail gets!!!)
( Collapse )
Below is the current stickers I have, if you have any that I don’t have here and are looking to sell let me know! <3
( Collapse )
Also shout out to

f4y3 for my blue slug boi bell plush I’ll be getting in the mail to go with his pink boi bell friend <333
( Collapse )
Thanks for taking a look everyone and have a great day! Stay safe! <3

Omg! I can’t believe that I am actually holding him... It’s so unreal...
He is a massive grail of mine and he is in perfect condition with tushtag and hangtag intact. 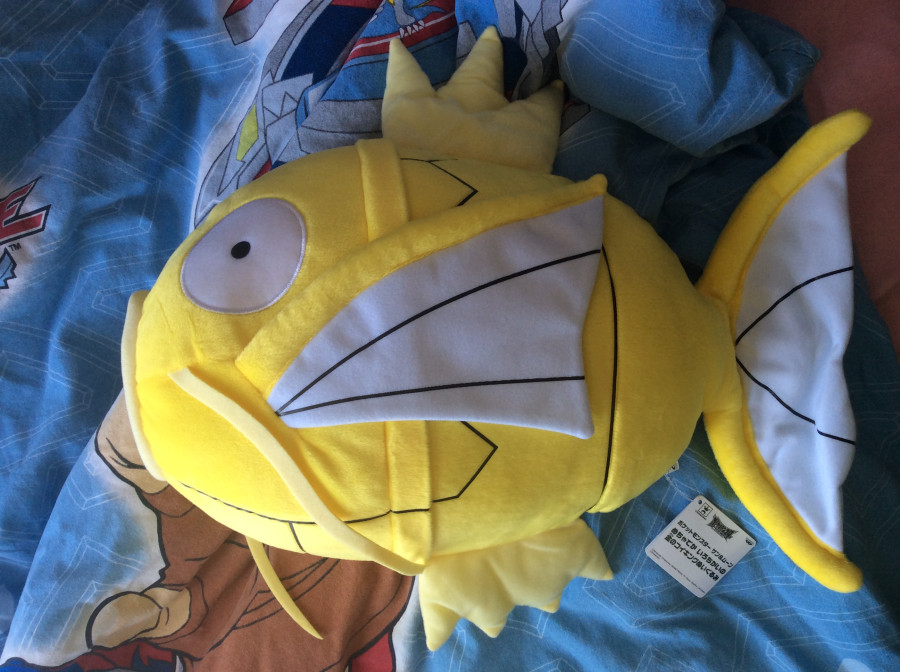 This guy could be won by entering a Twitter contest by Bandai Namco in 2017.
#釣りスピリッツでポケモン
You had to send in a picture from a Pokemon you caught or one that got away in a Pokemon fishing game (Tsuri Spirits Pokemon version) that were only located in Namco Game Centers.

I have read that there would have been 50 pieces made maximum if there were at least a 1000 entries.
But I have also read that there were only 30 made. That info was also vaguely included in the listing that I bought.
But I can’t find any evidence if that is actually true.

Unfortunately the webpage is no longer up so I am not able to find any info.

I have tried tweeting at Bandai Namco JP just yesterday to ask them how many winners there were.
I haven’t gotten a response yet. But it is an old thread so I might not get any response at all.
If I do ever get a response I will make an update.

If anyone else has any info on him I would love to know! Thank you for looking!

Some more pics and info under the cut!
( Collapse )
Collapse