Collection Update + the Littlest Gets

Time for a tiny collection post! I recieved some wonderful packages recently, which have expanded my Pokemon army from "small" to "still fairly small, but gym leader challengable". Many images below the cut! 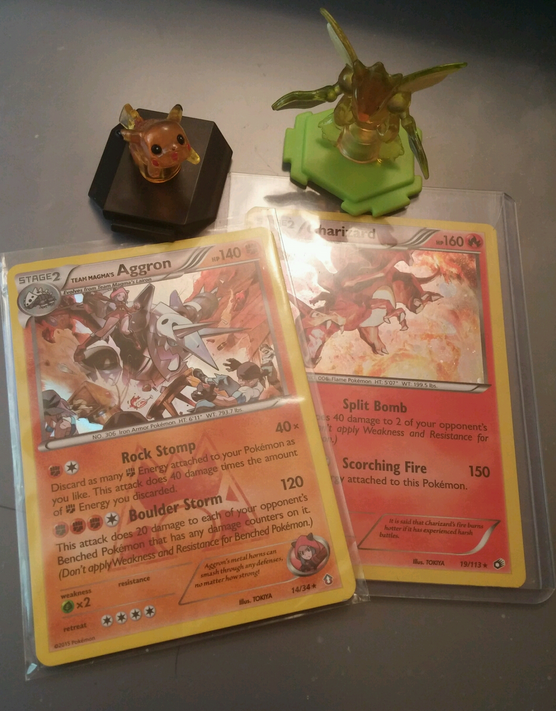 Package contents (from multiple packages, of course)! I'm glad to see everything arrived safely. I wish my camera picked up the holographic quality of the cards better though, they're gorgeous in real life! 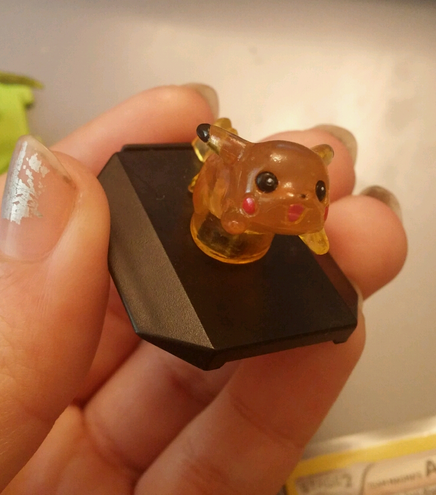 First up is this FCS attacking Pikachu! I used to own one, but lost it on a train ride earlier in October. Big thanks to

aki199257 for helping me get this replacement! 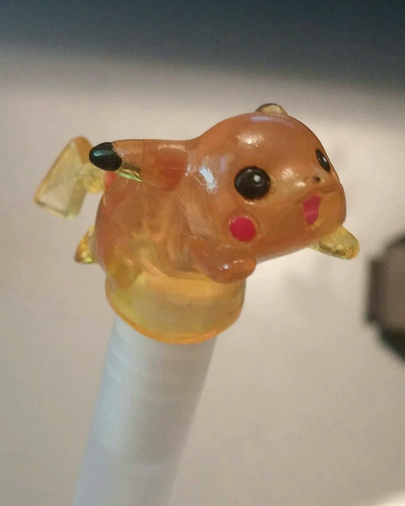 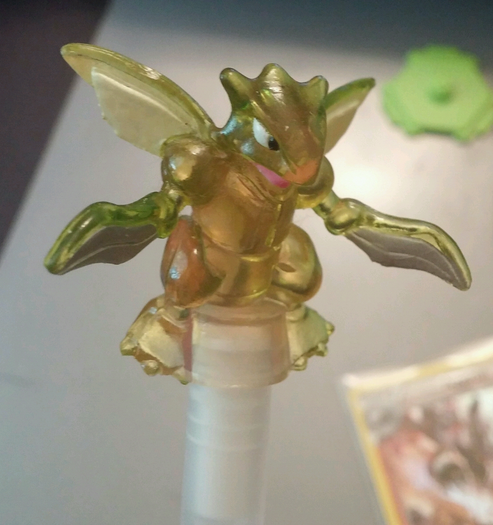 And of course, Scyther does too. He arrived from

hantsukihaunter, and is bigger than I expected him to be! These FCS figures are adorable though, I worry I may end up with an excess of them, especially since they fit on my art supplies so well. 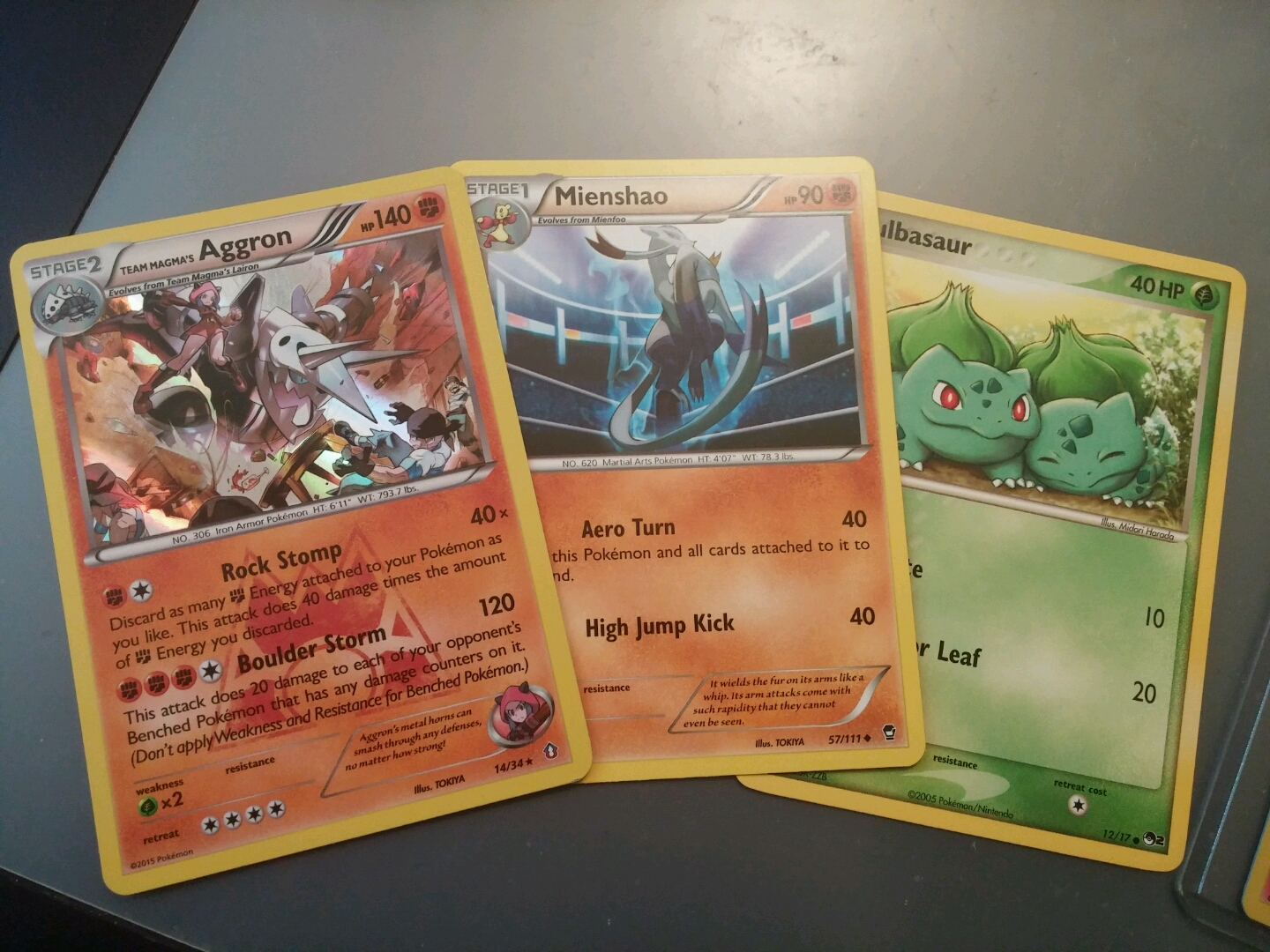 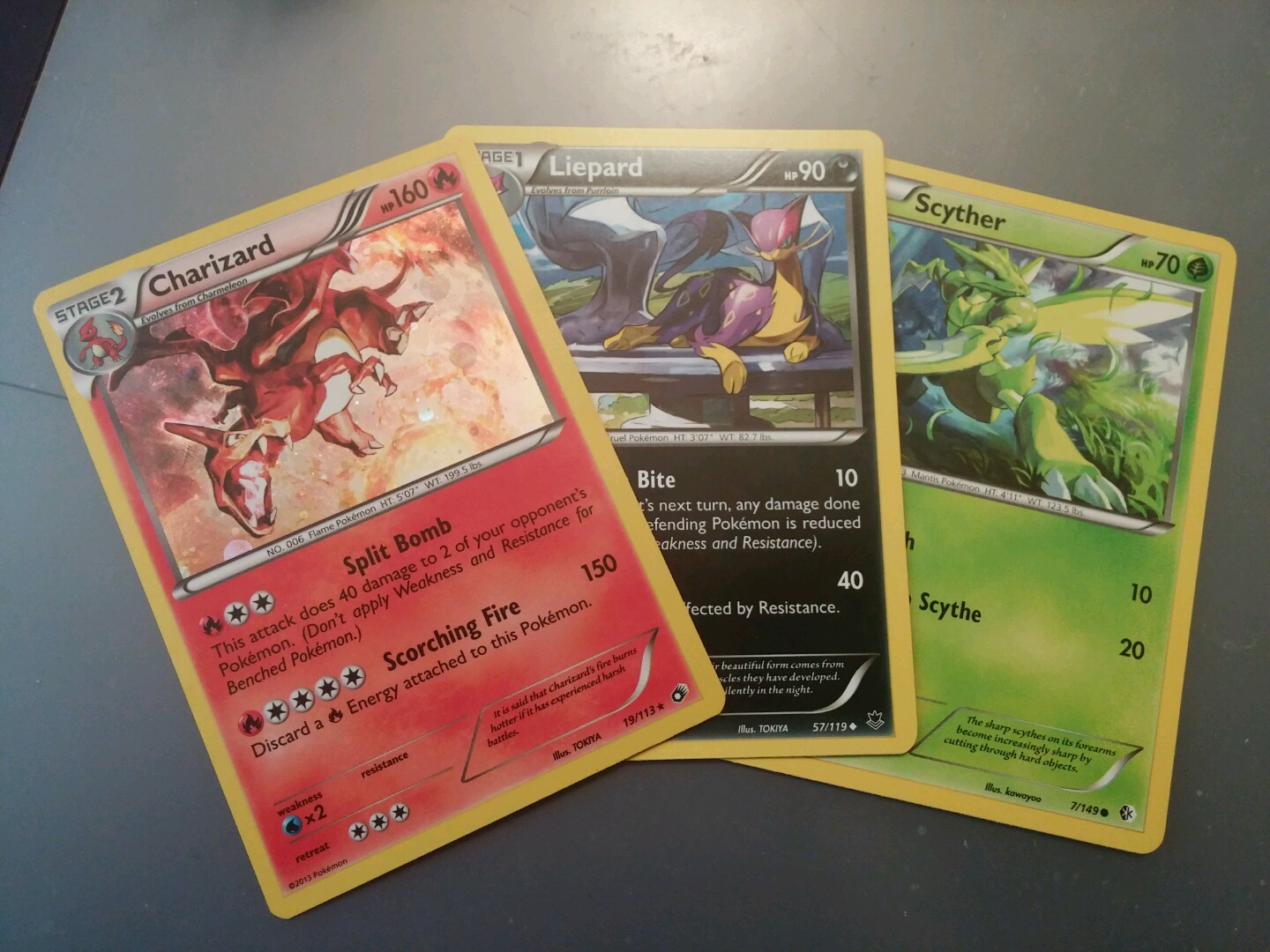 CARDS! All six are from

diamondphantom, who apparently cast some sort of magical weather spell that allowed these guys to get here, completely dry and safe and sound, in a rainstorm. Aggron, Mienshao, Charizard, and Liepard are all by the illustrator TOKIYA, whose artwork I collect! I have about as much self-control around his cards as ten-year-old me did in a pizza buffet.
I also grabbed a Scyther and Bulbasaur(s?), since Scyther was one of my Gen1 favourites, and because a friend of mine, whom I haven't seen in almost three years, loves Bulbasuar. Nothing like a little seasonal gift of Pokemon cards to take the mind off college stress! 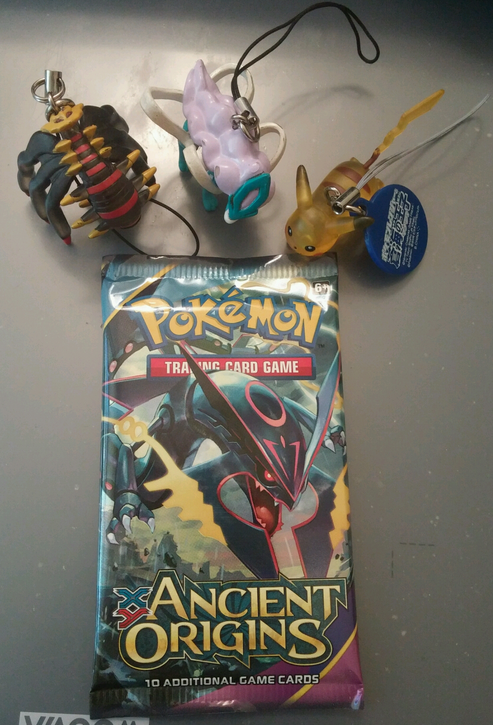 These guys here I've had for a while (the keychains at least). I picked the TCG packet up at Nintendo World, both to expand my collection, and because that shiny Rayquaza is so pretty. 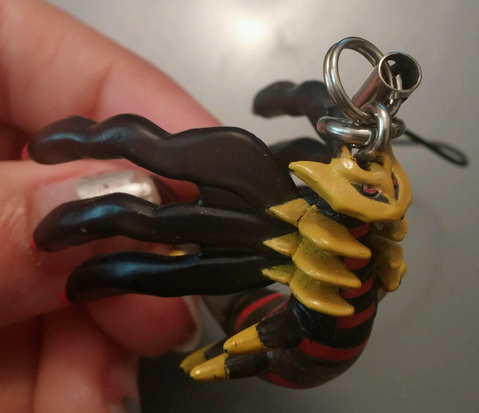 Clear Origin forme Giratina has been hanging off my satchel bag for almost three years now, he keeps me company and is one of the only 'tinas from my original collection I didnt have to put in storage. Here's hoping I can reunite him with his family soon.

So translucent. So beautiful. 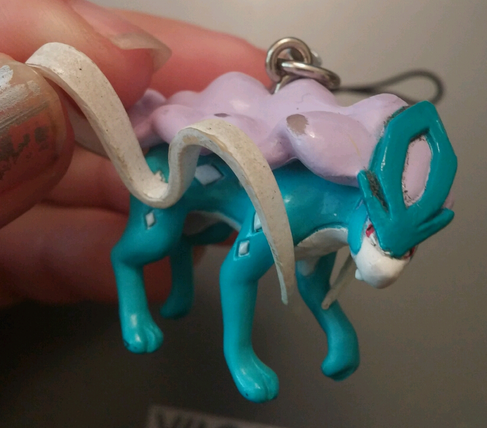 I don't quite remember where I got Suicune from, but he's pretty darned handsome despite the scuff marks. 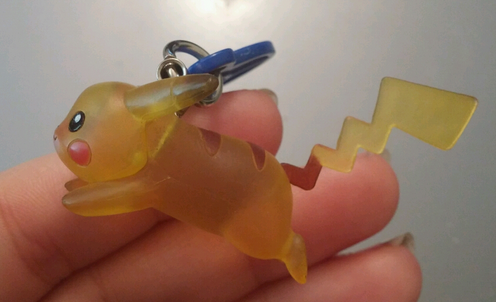 And lastly, this Pikachu! I purchased him from the community a while ago, but aren't quite sure what he is. Regardless, I love him and his little stubby feet!

Thank you for looking! I'll definitely be making some more collection posts in the future, I've got more TOKIYA cards to grab and more clear figures to hunt, HAHA!