This is a week overdue woops
Hello community! I'm all moved in; boxes either unpacked or put into storage for later sorting. I did recieve a few wonderful packages during the move! Some I've been waiting two months for. It's mostly Giratina and Palkia, but there's some Dialga and Arceus as well. I can't believe I've been on the community for little over a year now. I'm really glad to have made so many friends on here!

First cut will be showing my collection from when it first started out to now (minus stuff coming in the mail)! Mega image heavy. Some of these photos are potato quality for some reason 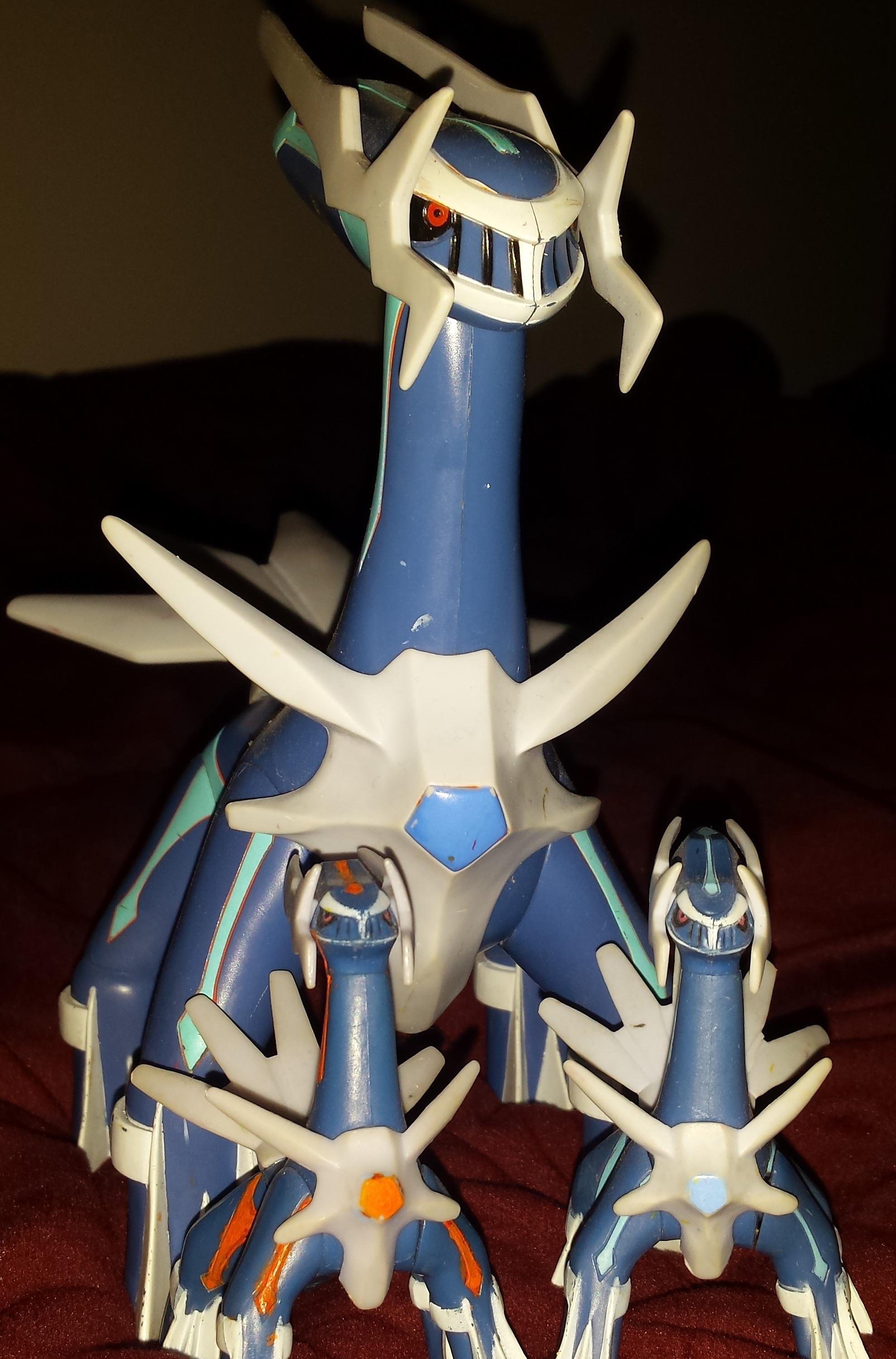 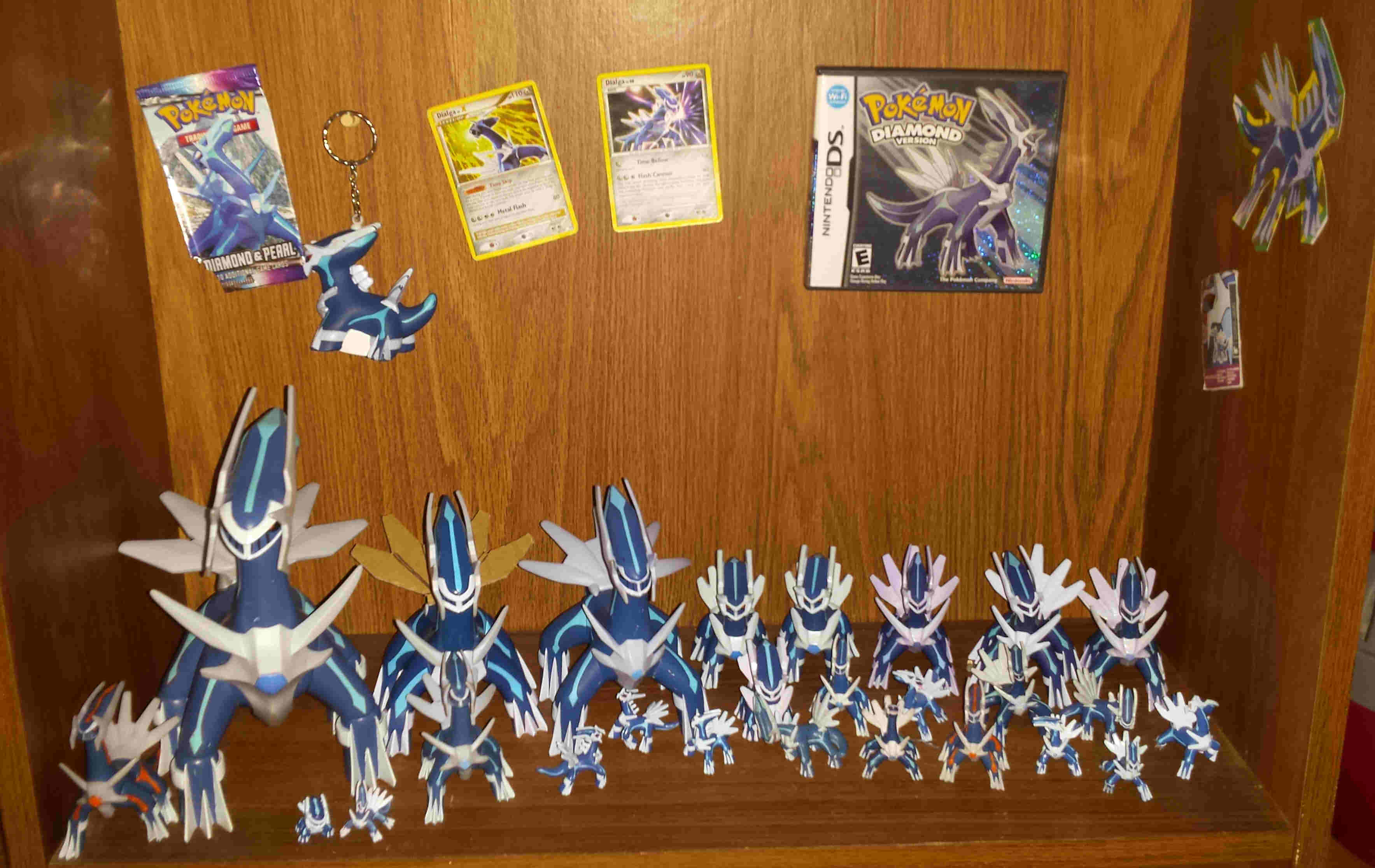 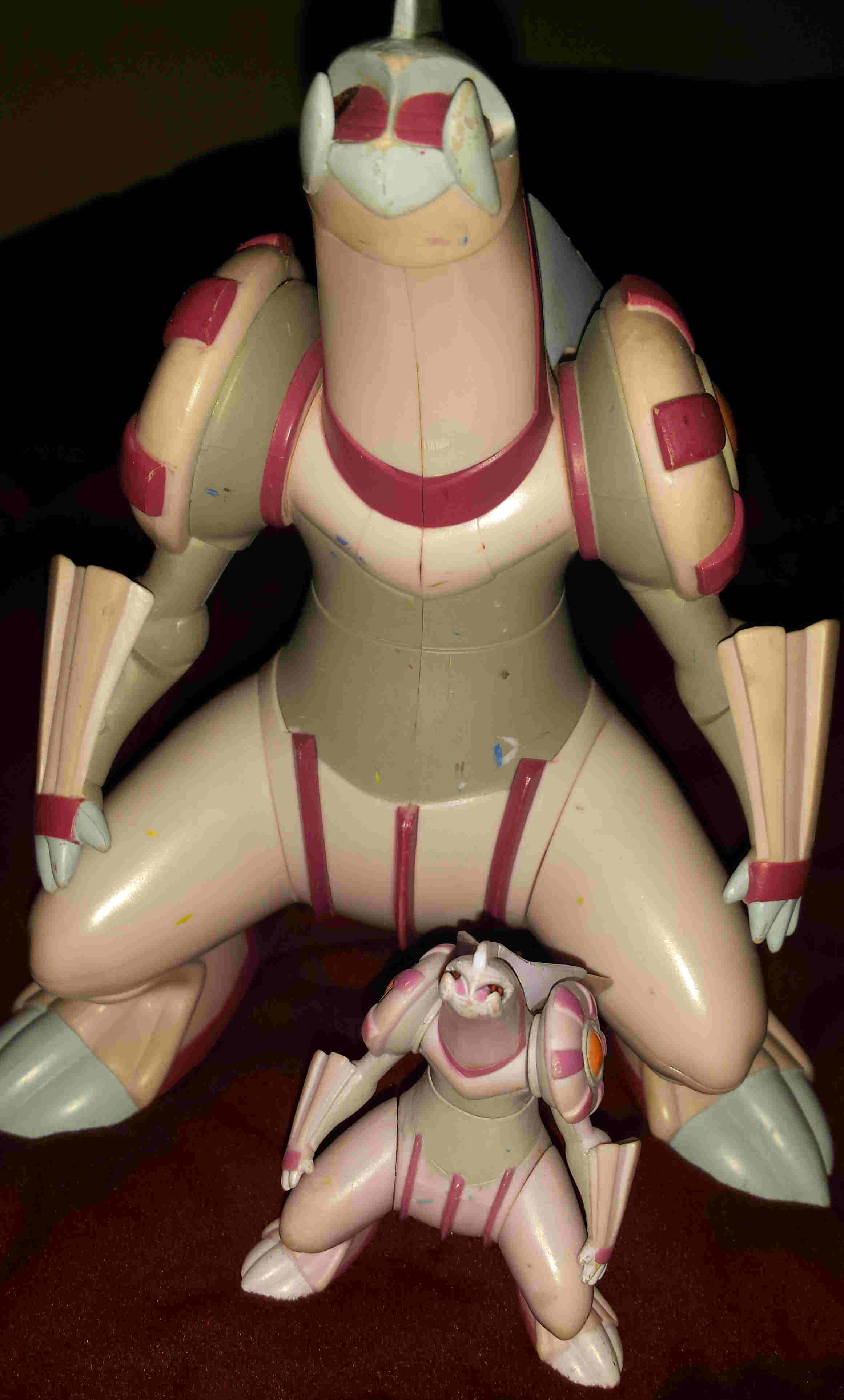 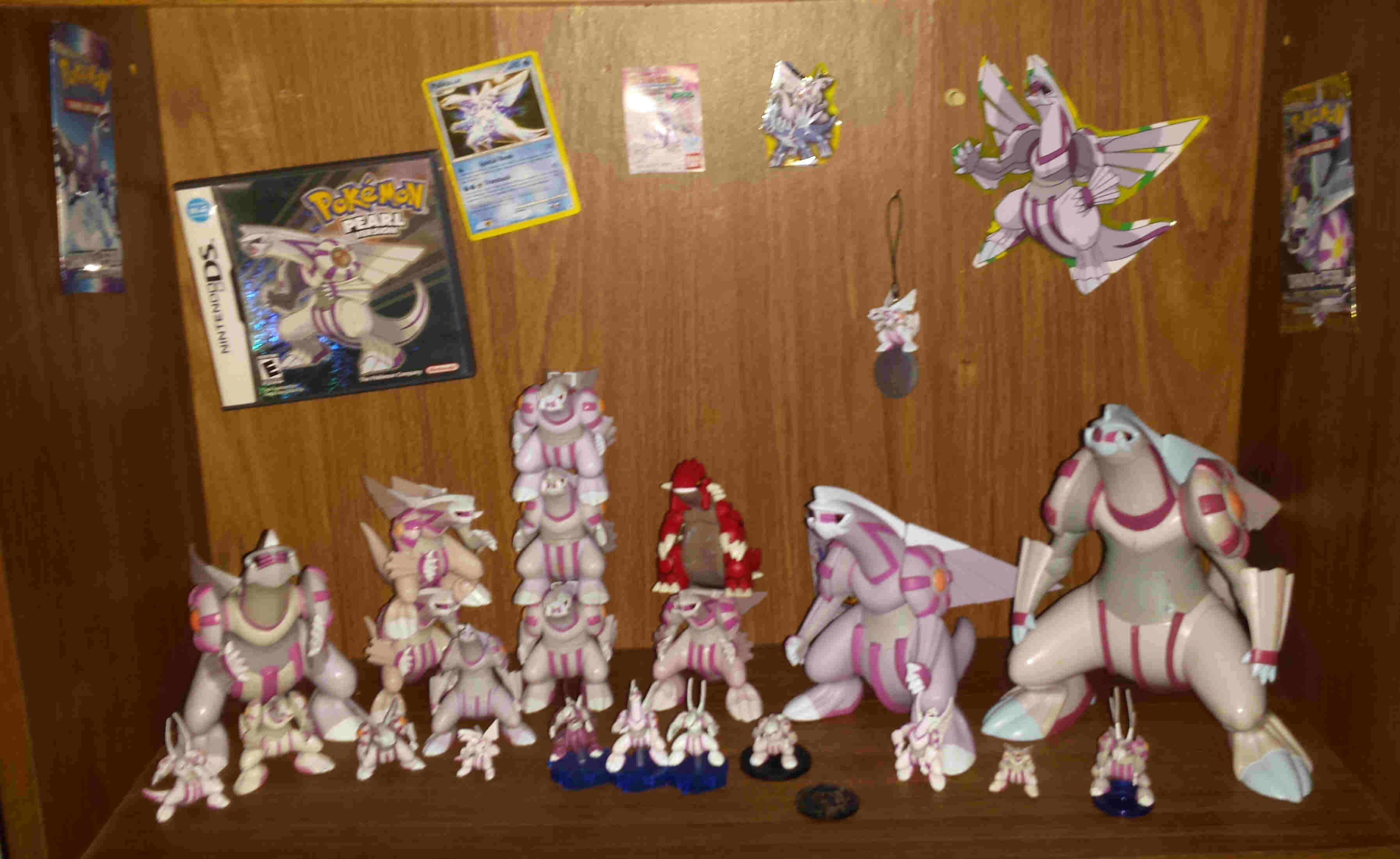 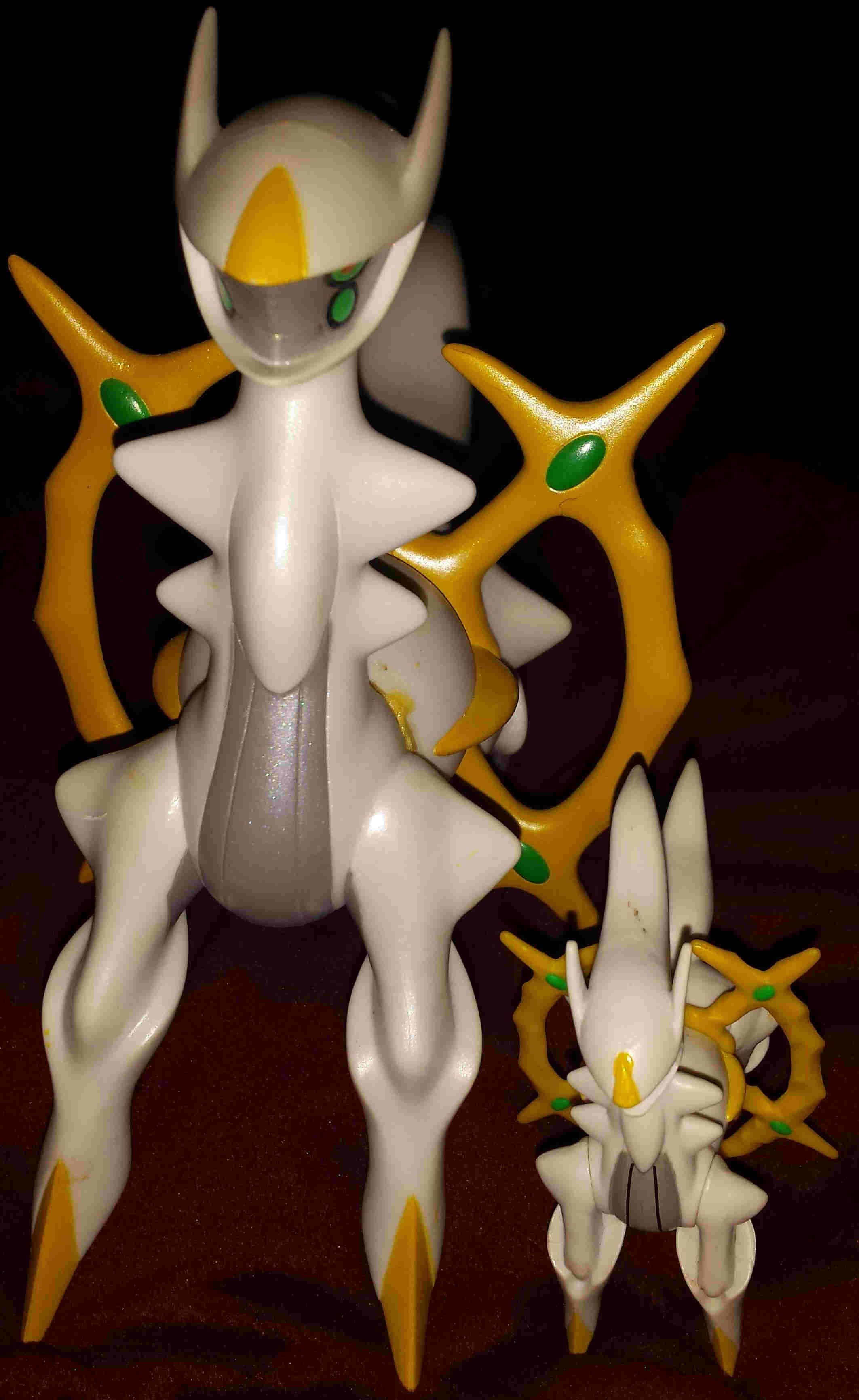 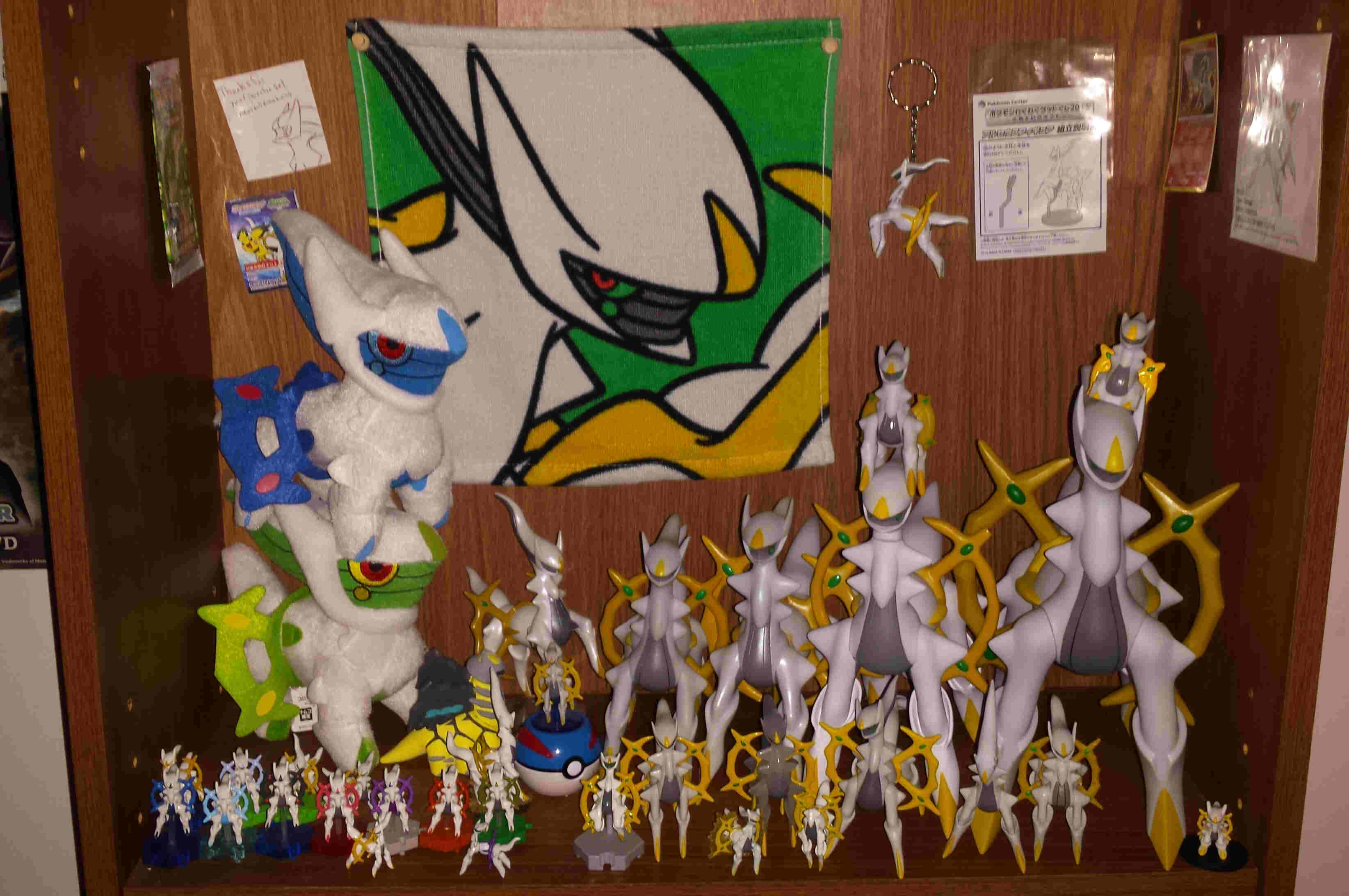 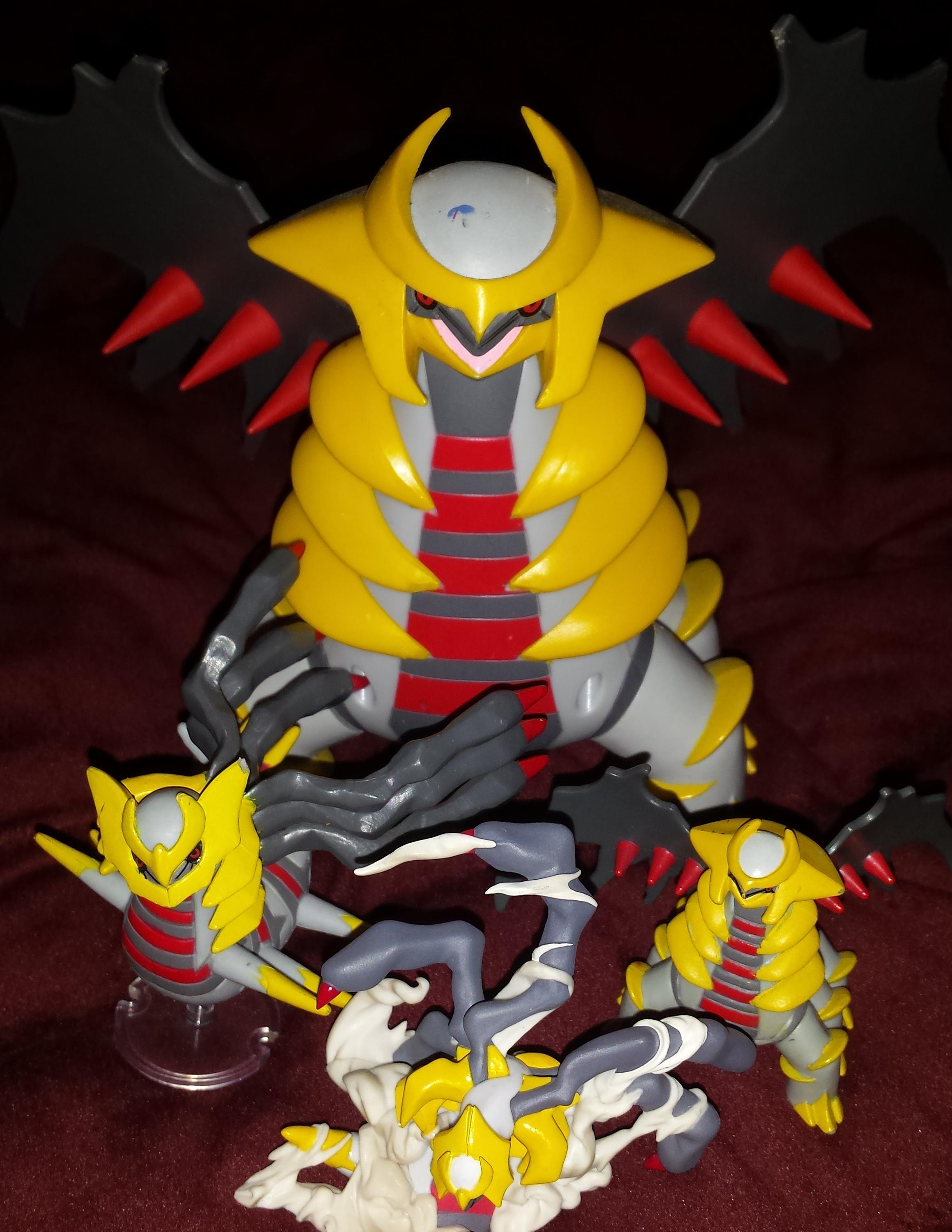 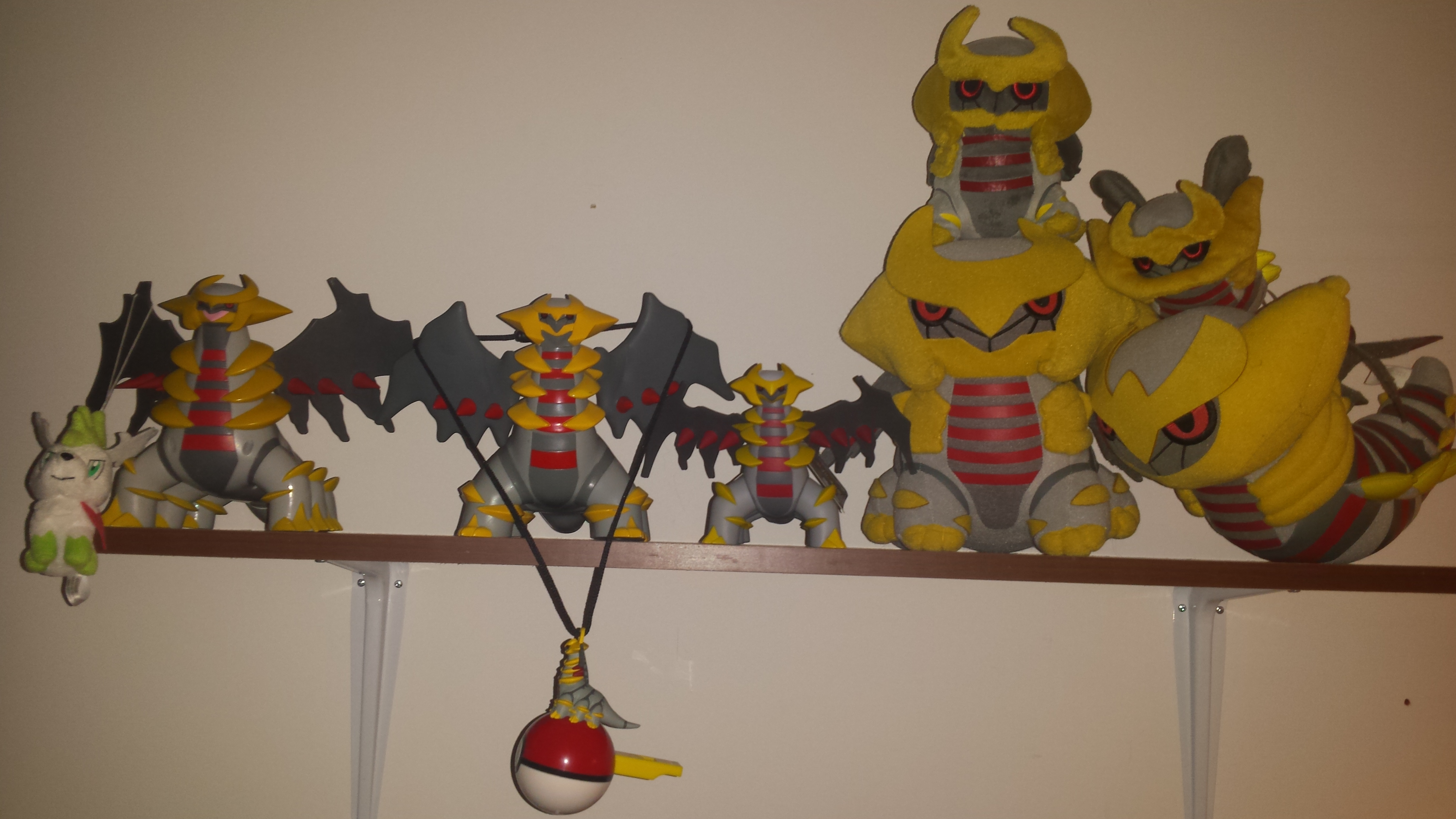 woops forgot this one 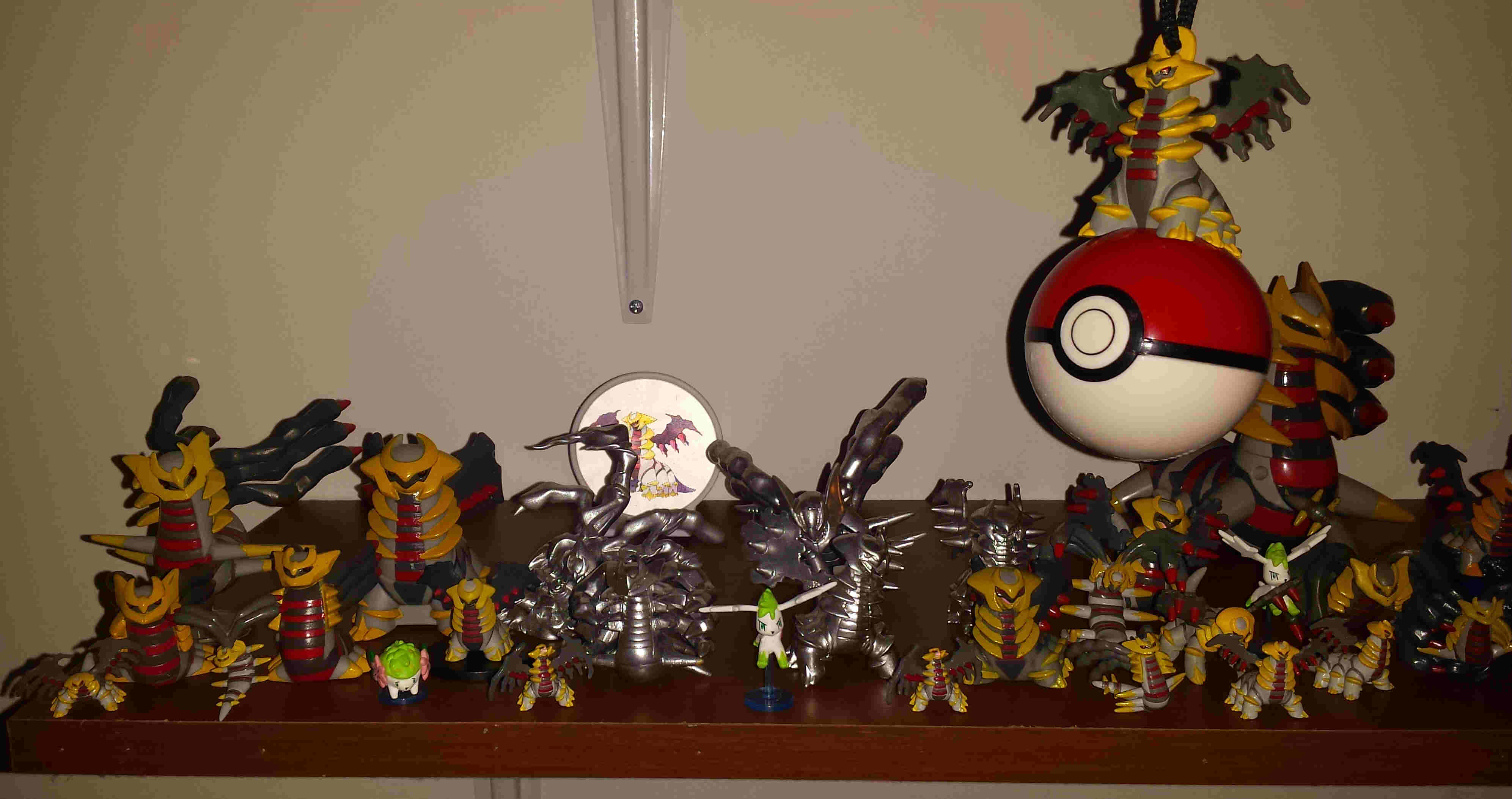 I had gotten another Silver origin forme by accident. I have to order the coloured version when I get more funds ; - ; 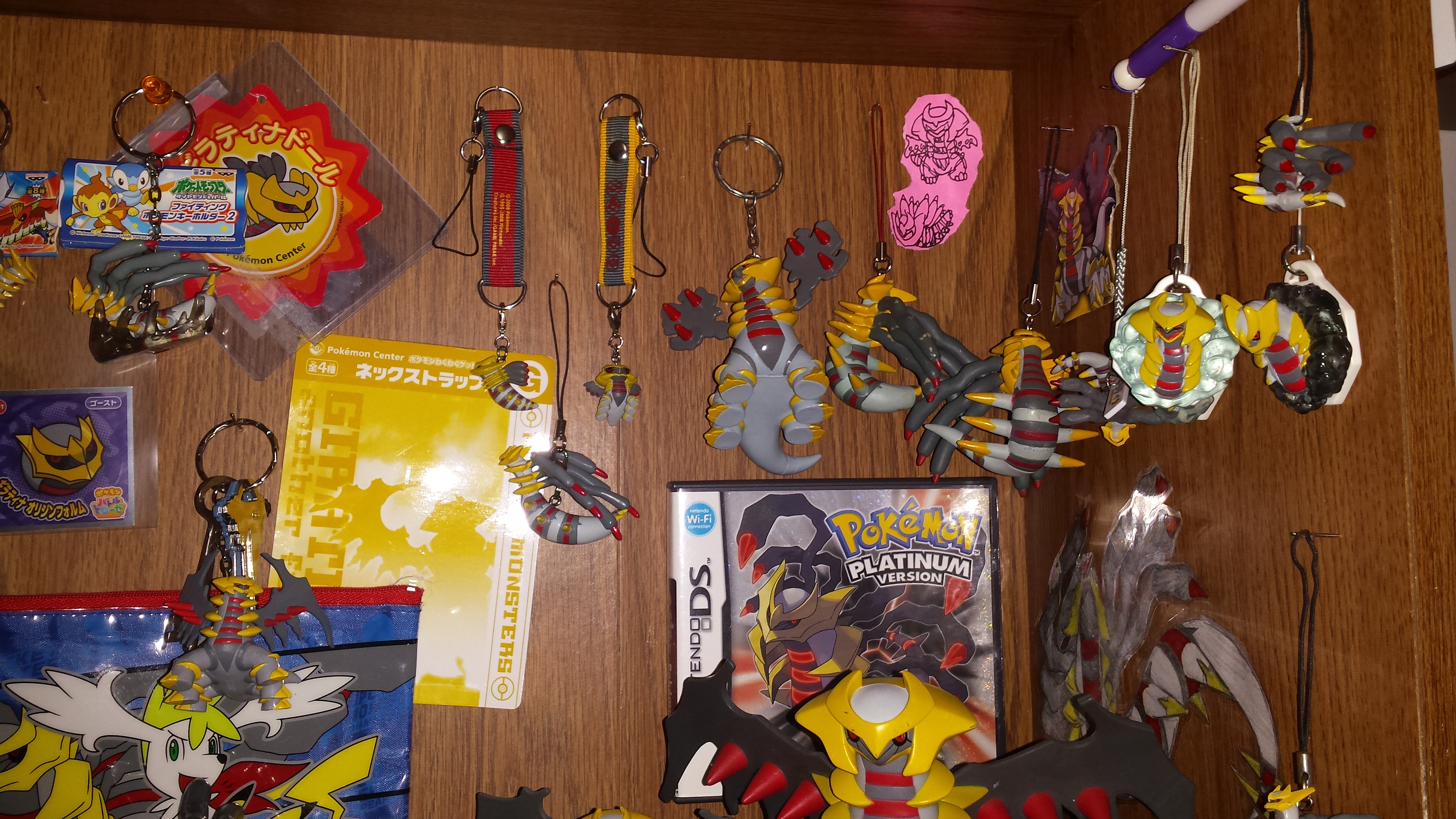 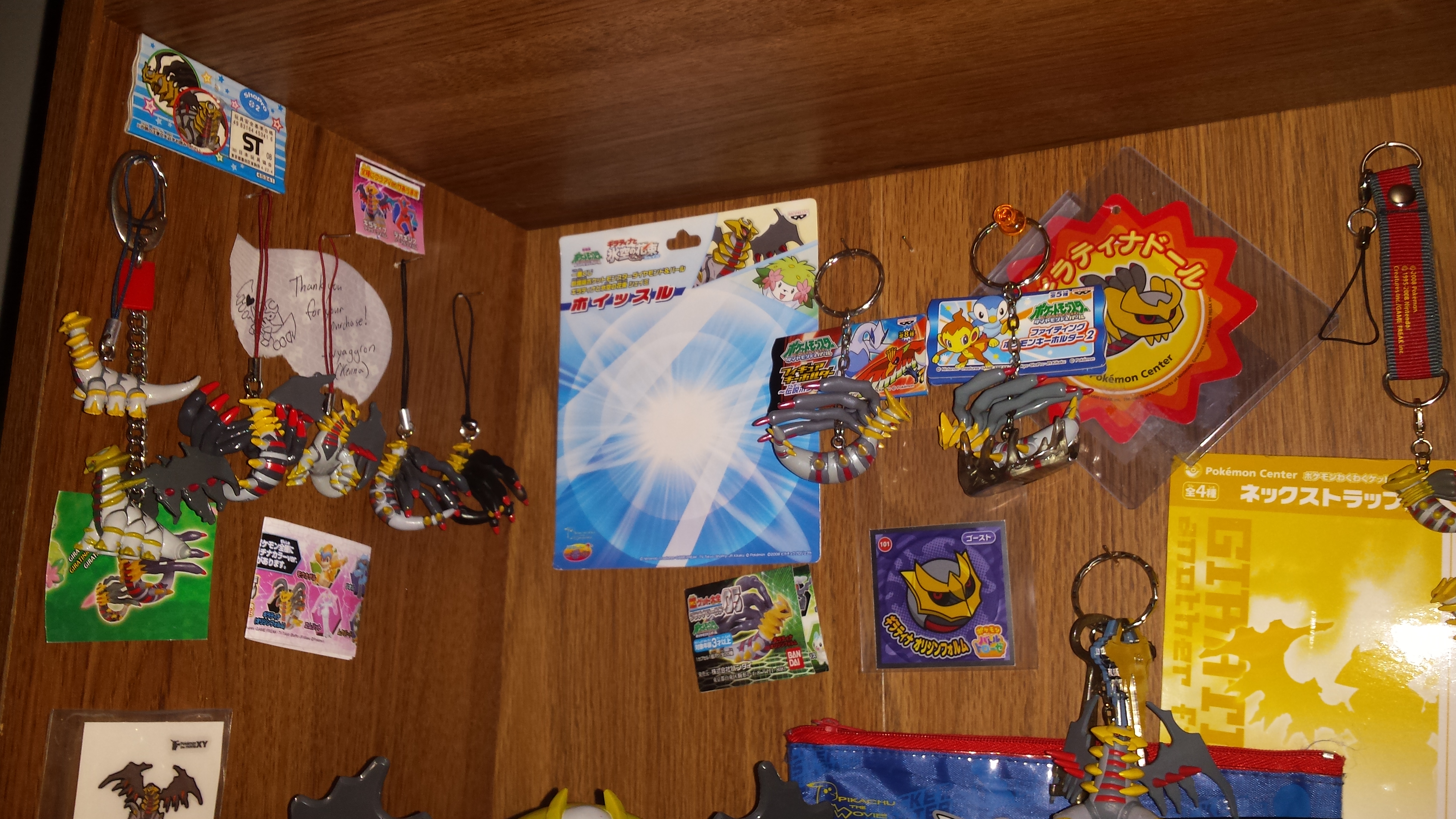 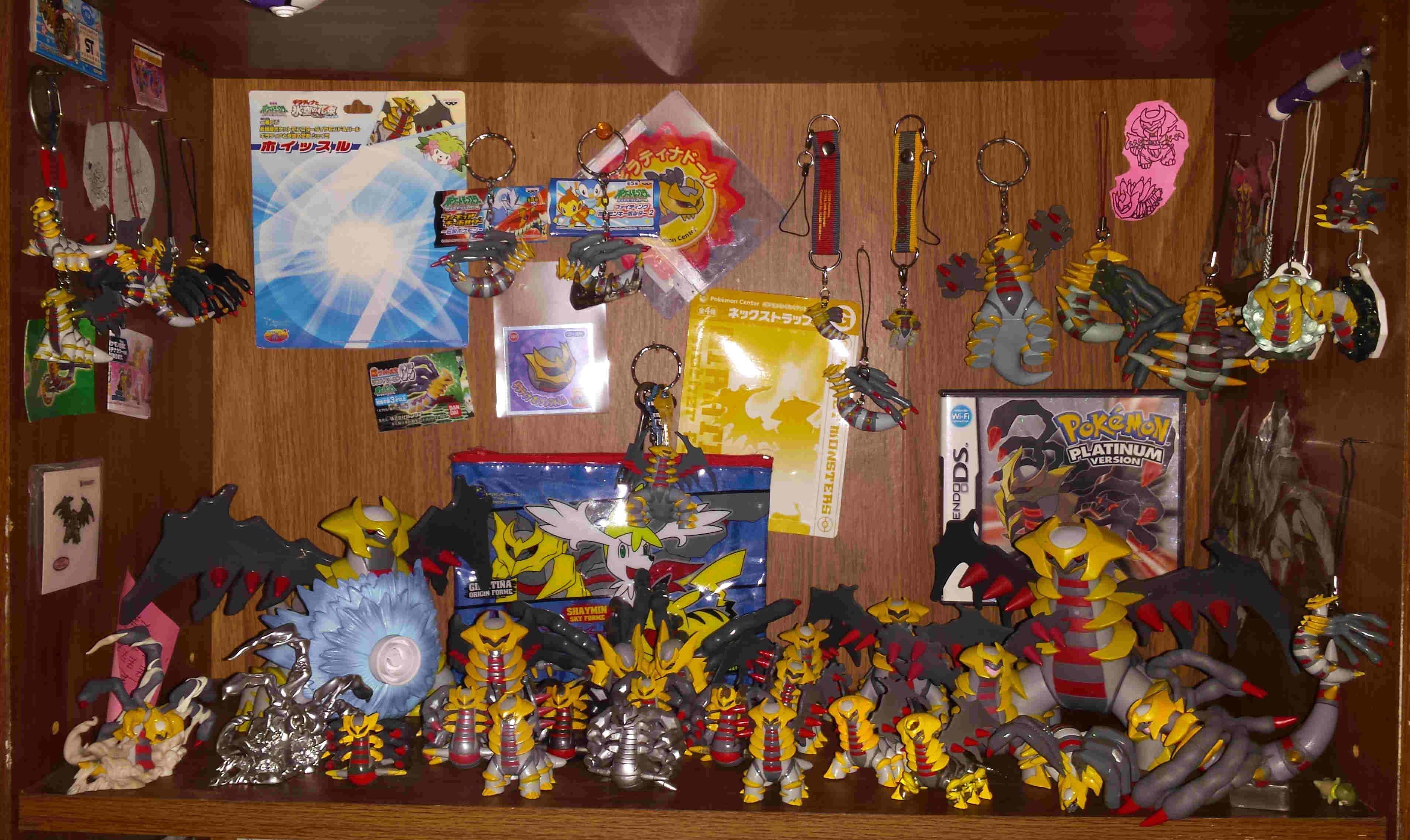 I can't believe how little I started out with. Most of the new ones from all four groups are from everybody on the community. I'd love to thank you all for your help in building my collection! <3
I keep all your notes from stuff I order. They're all on both sides of the book shelf. 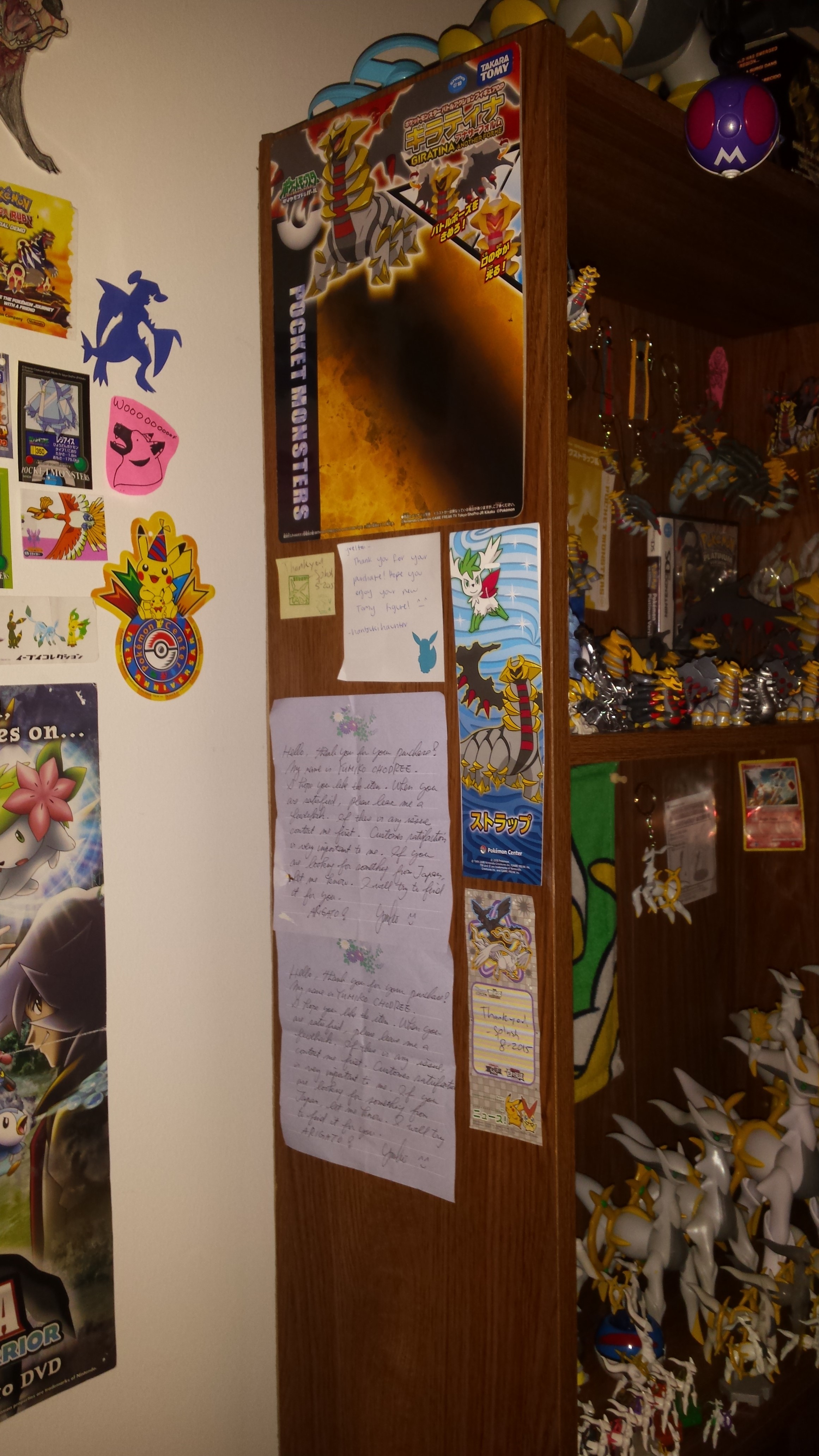 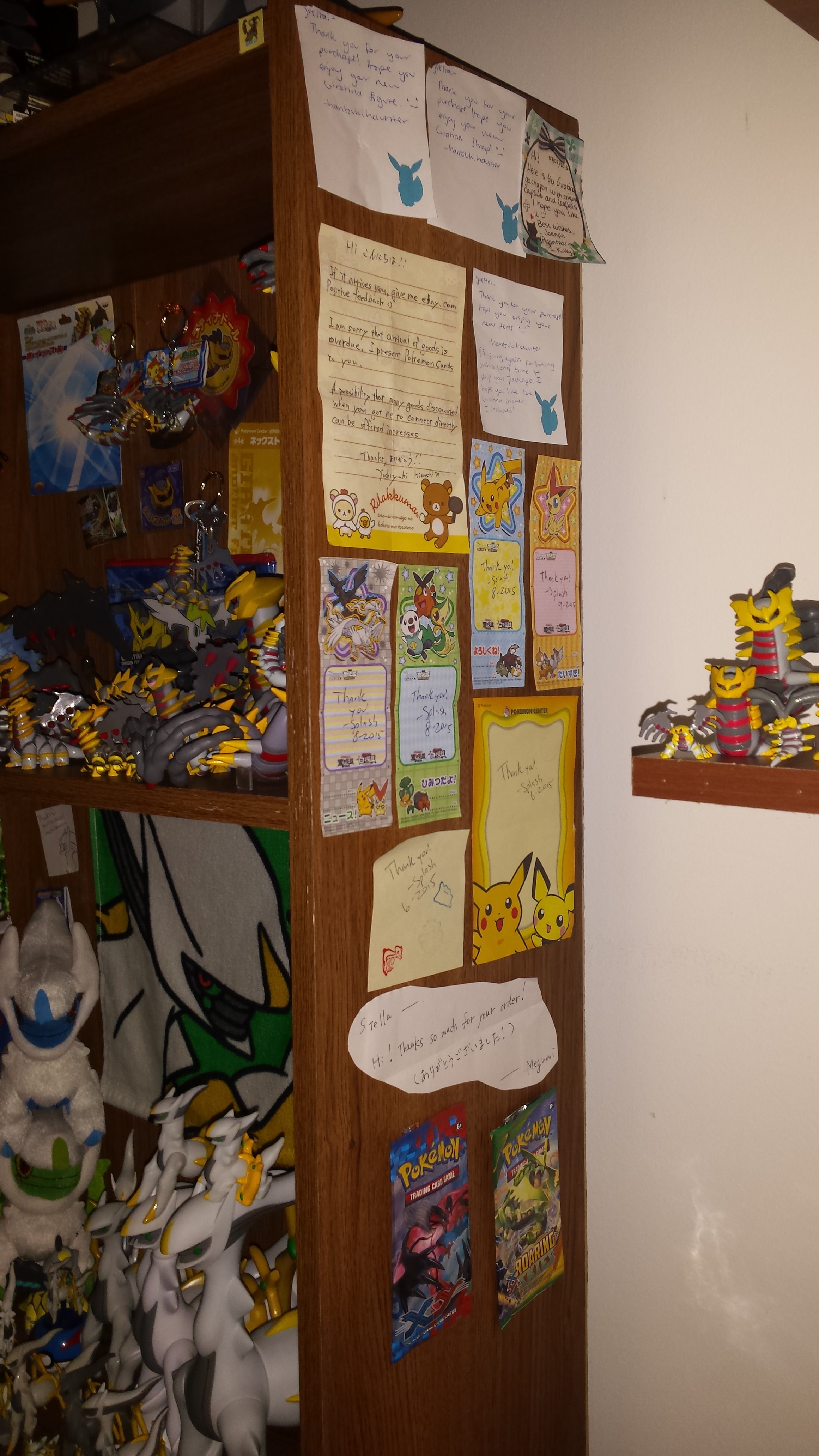 To the left of the book shelf is a bunch of flats unrelated to the main four that I collect.

And now for the gets 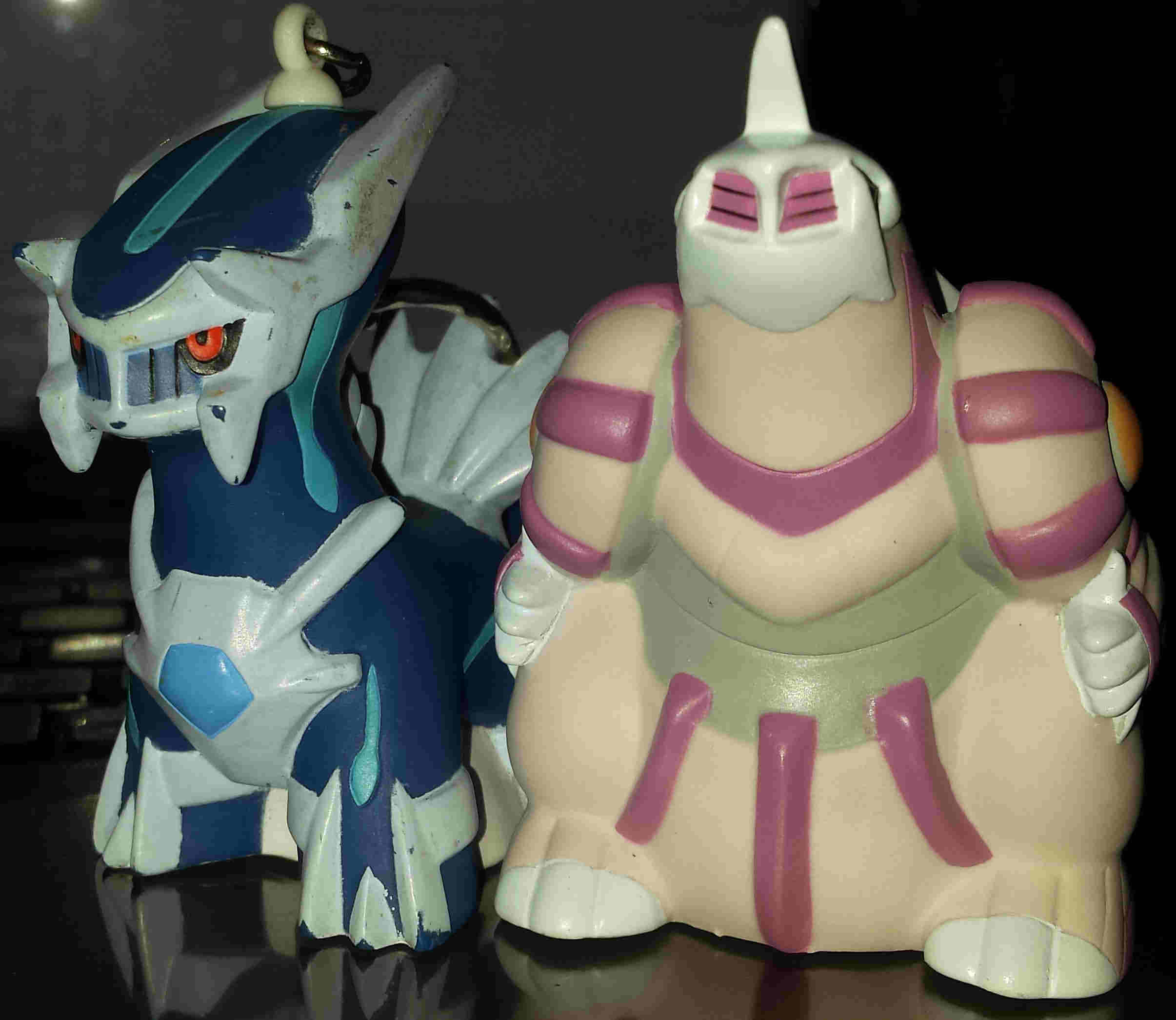 I got the Dialga from

irrisichide the other day when I saw her, and just got Palkia in today! It was MIP and it's so sQUISHY (also smells funny)

I got the big Dialga UFO. It's coming in this week hopefully! I managed to find it for mega cheap on Y!J with a spike eared Pichu and Regigigas. However, I am looking for the pearly version and the tiny version (as pictured)! Please PM me if you have either one. (Image by HappyJolteon)

Palkia UFO as well. I'm looking for the pearly version of this which is currently a high priority. If you have it, please PM me! (image by HappyJolteon) It should be in my this week too.

I got this cute little guy on Y!J for $8. He's so cute and tiny. He'll be here in a few weeks hopefully. I've learned the magics of Unreg SAL thanks to

splash ! No more surface shipping for me.

I got a whole lot of Dialga in. A few chou get poses, one secret rare keshipoke, two clipping figures, bottle cap figure, and some kind of diorama figure.

Dialga Tomy. My friend was in Nintendo World a few months ago and picked this up (as well as Latios). She has yet to ship it to me fgkjfgfjd

Giratina Origin DS pen thing and the Jakks altered keychain. The paint on that one is super weird. All I need is the origin counterpart

Origin and two altered straps. These are actually pretty neat, I'm happy that the origin is near new. 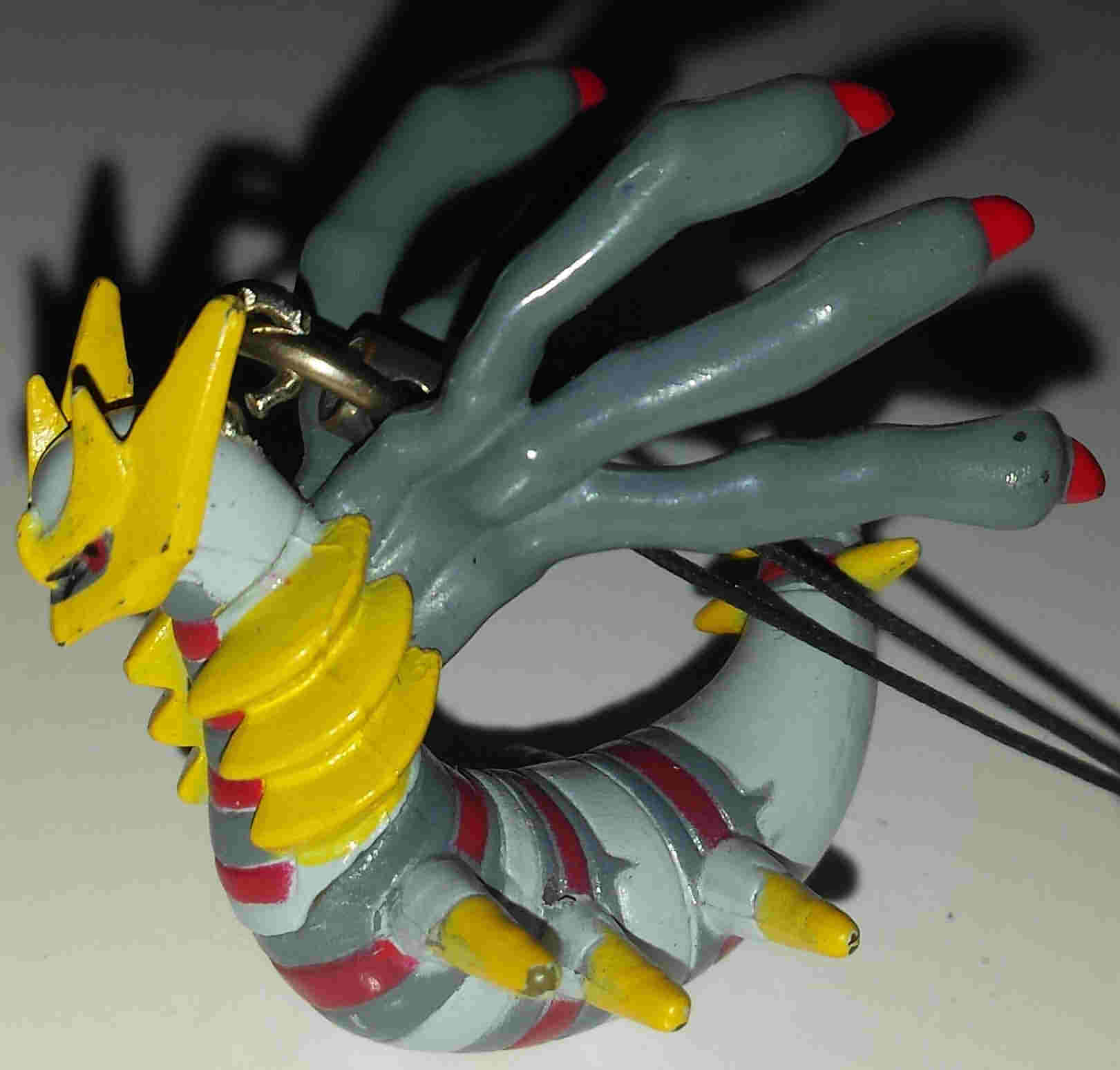 Pokedex figure! This one doesn't have the pokedex, though. It doesn't matter all that much. All I need is the other one for that set to be complete.

(duskfox) Both remaining Giratina keshipoke! I'm super happy I completed that collection. I got them in a lot on Y!J which also came with a bunch of Palkia, Groudon, and Reshiram. The Reshiram are going to my friend Hunter (since he collects it), but I haven't decided what I'd do with the Groudon. 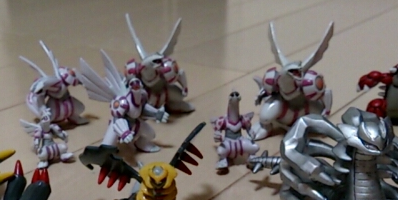 (ambertdd) Got this neat McDonald's Giratina figure. I have the Shaymin version of this. I'm glad I finally got ahold of Giratina!

Found a cute Giratina altered spork on Y!J, so I jumped on it. It's so cute.

Altered2 MC+ ! Got it for $1 on Y!J. I'm super happy I didn't have to spend $20+ just to buy it in the US.
Got a secret rare Arceus draco plate keshipoke for MEGA cheap too! 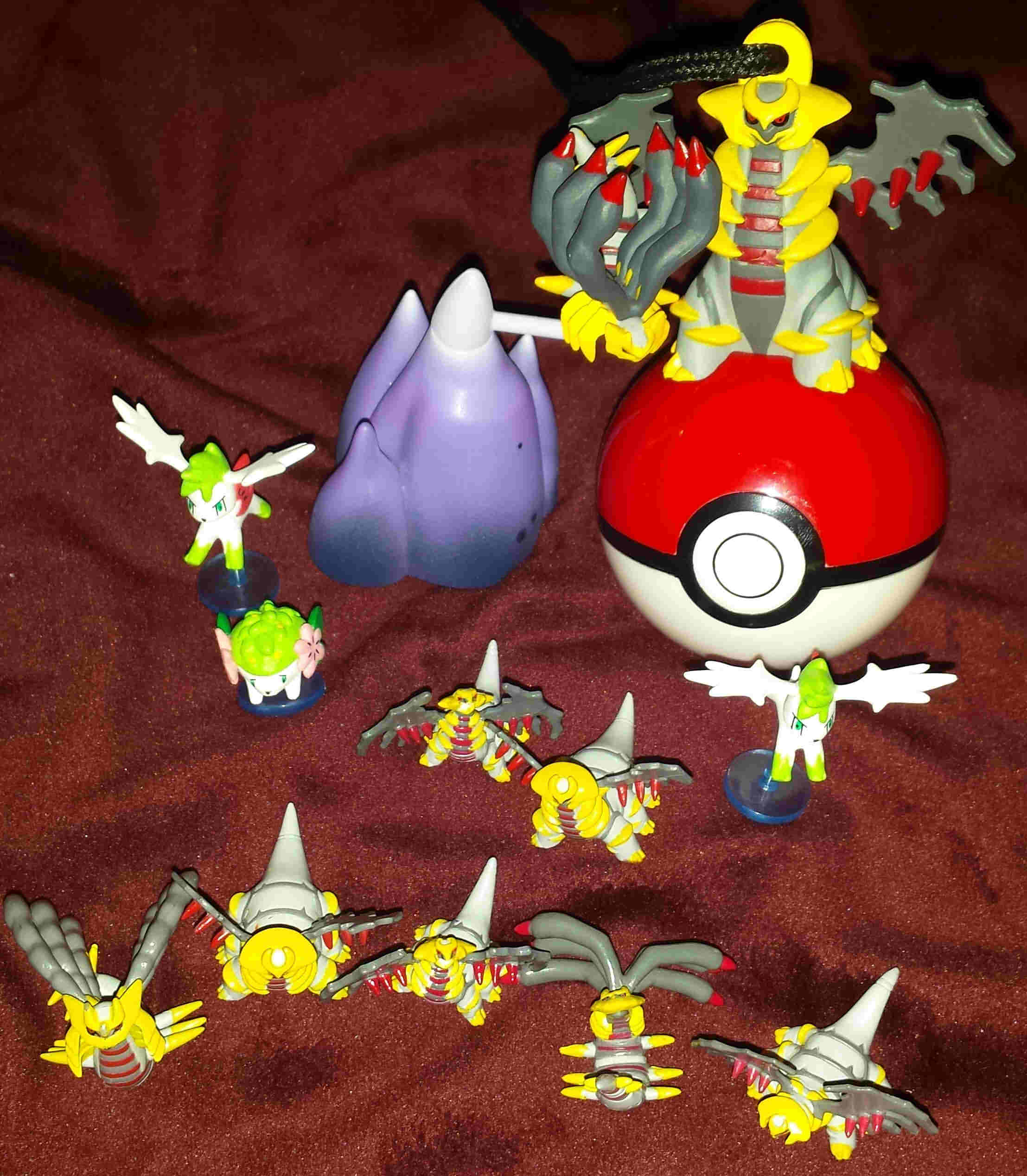 Giratina whistle is really neat. All the other keshipoke that I have (including two doubles) plus the Giratina diorama (semi complete pictured below) I need the Dialga 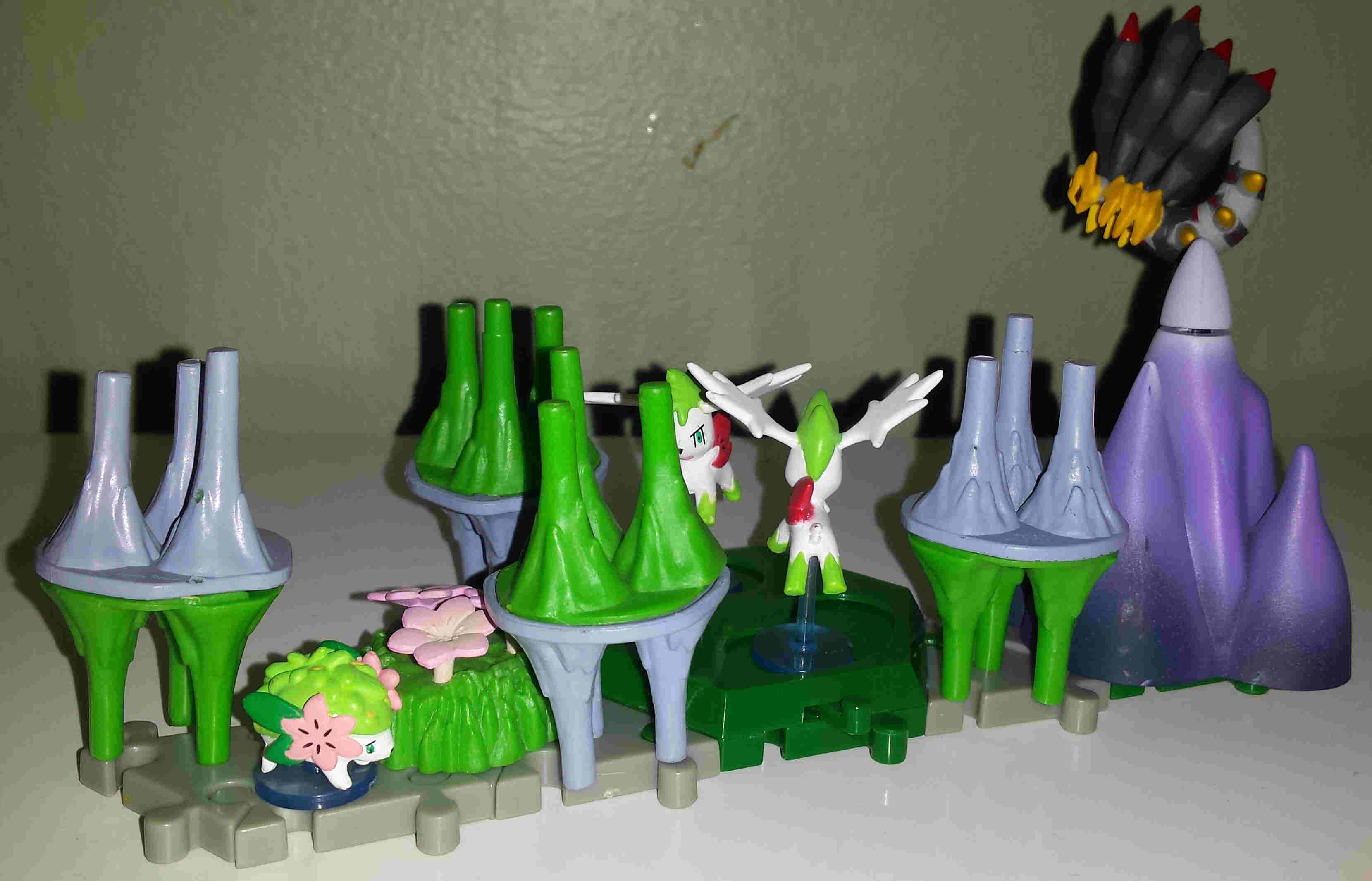 Shaymin land is officially my tiniest figure. It's smaller than the pokedoll Dialga figure I have and my SUPER TINY Axew figure. That thing is t i n y 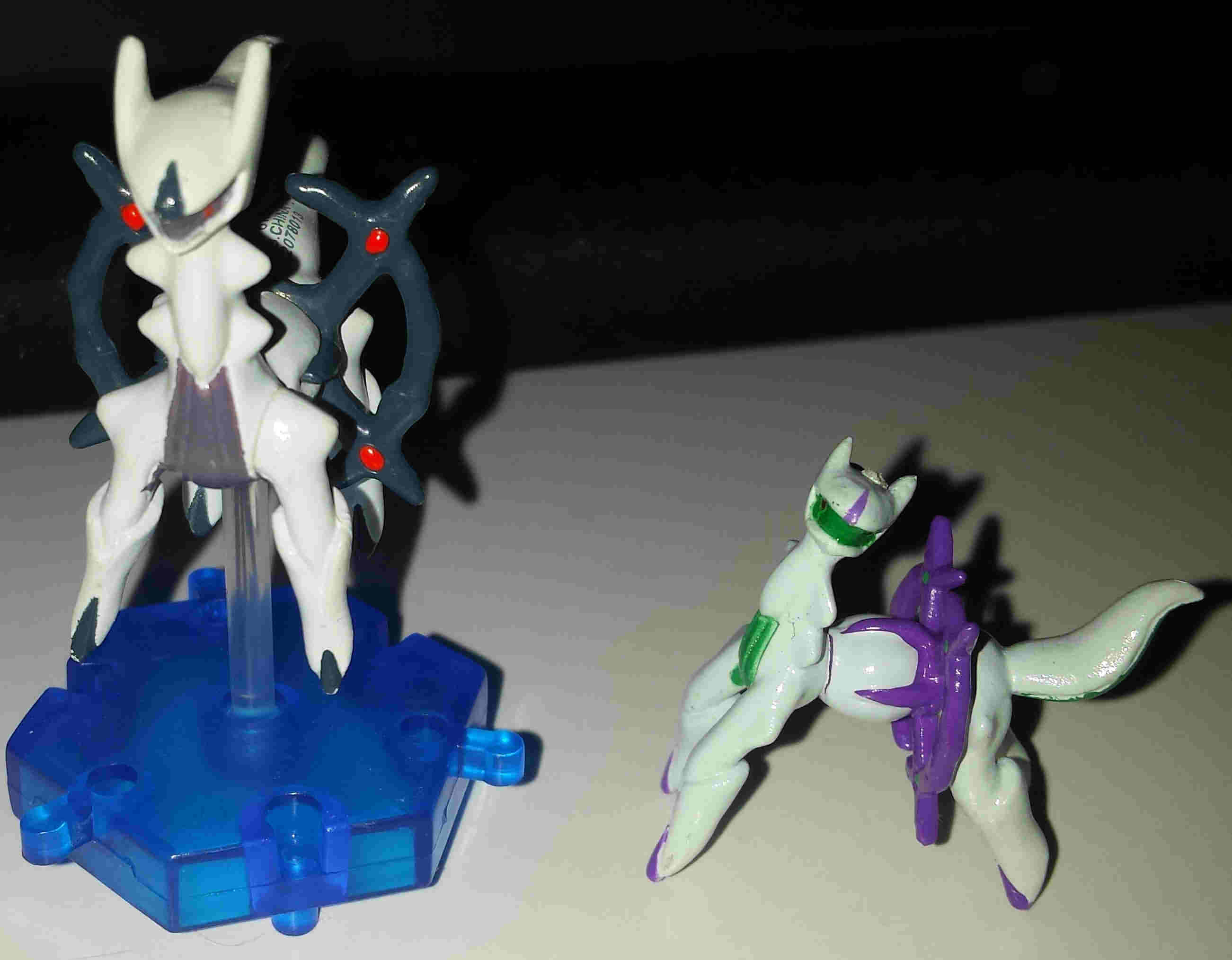 Shadow Arceus and draco Arceus! Draco is the secret rare keshipoke. Got that for mega cheap and I'm super happy about it.

Keychains! Attack, metallic, non metallic, and that last one. All from Y!J brand new :> 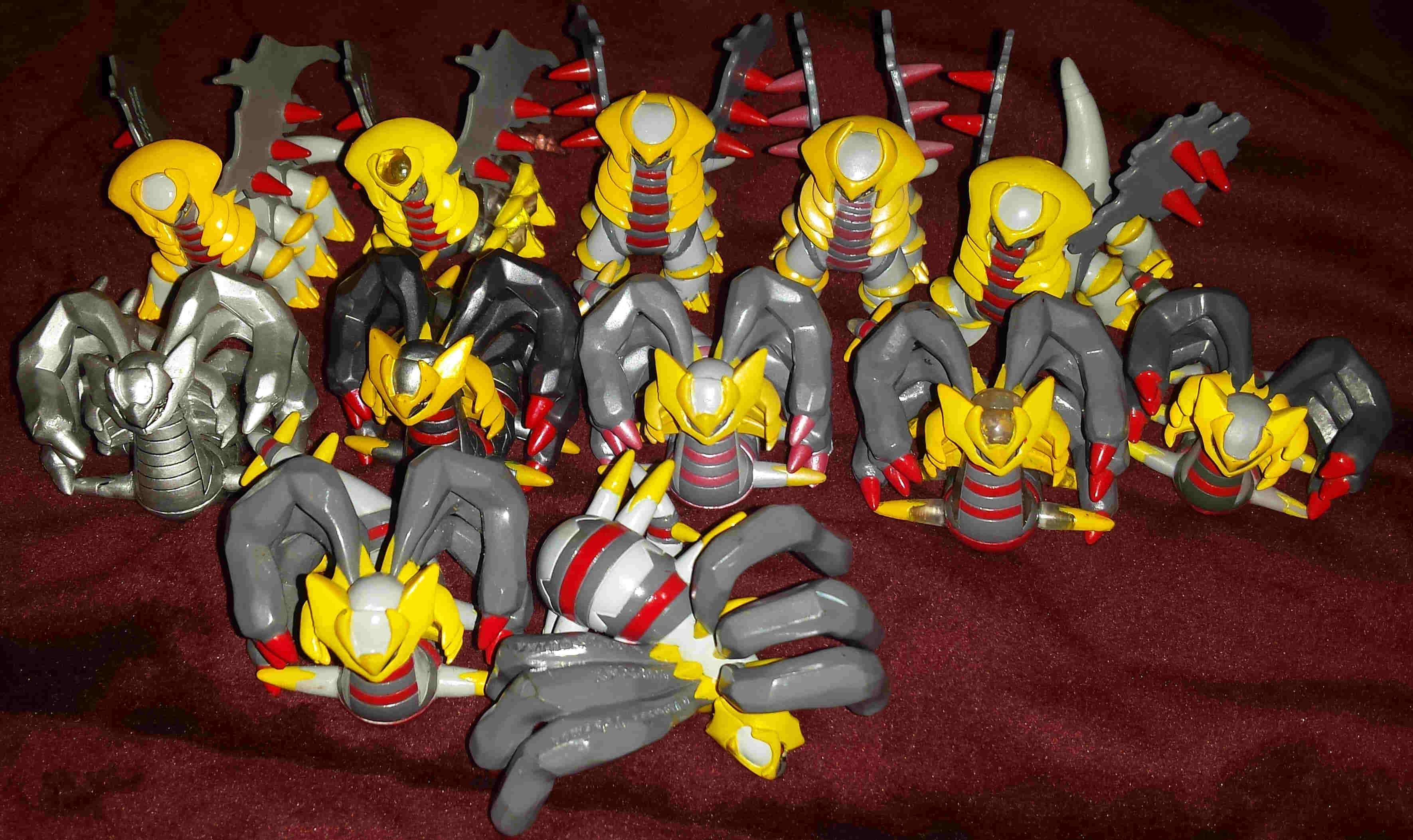 Precious altered figure <3 I got another Dialga. It comes with the back spikes. Got the new one off of Y!J for $5 <3 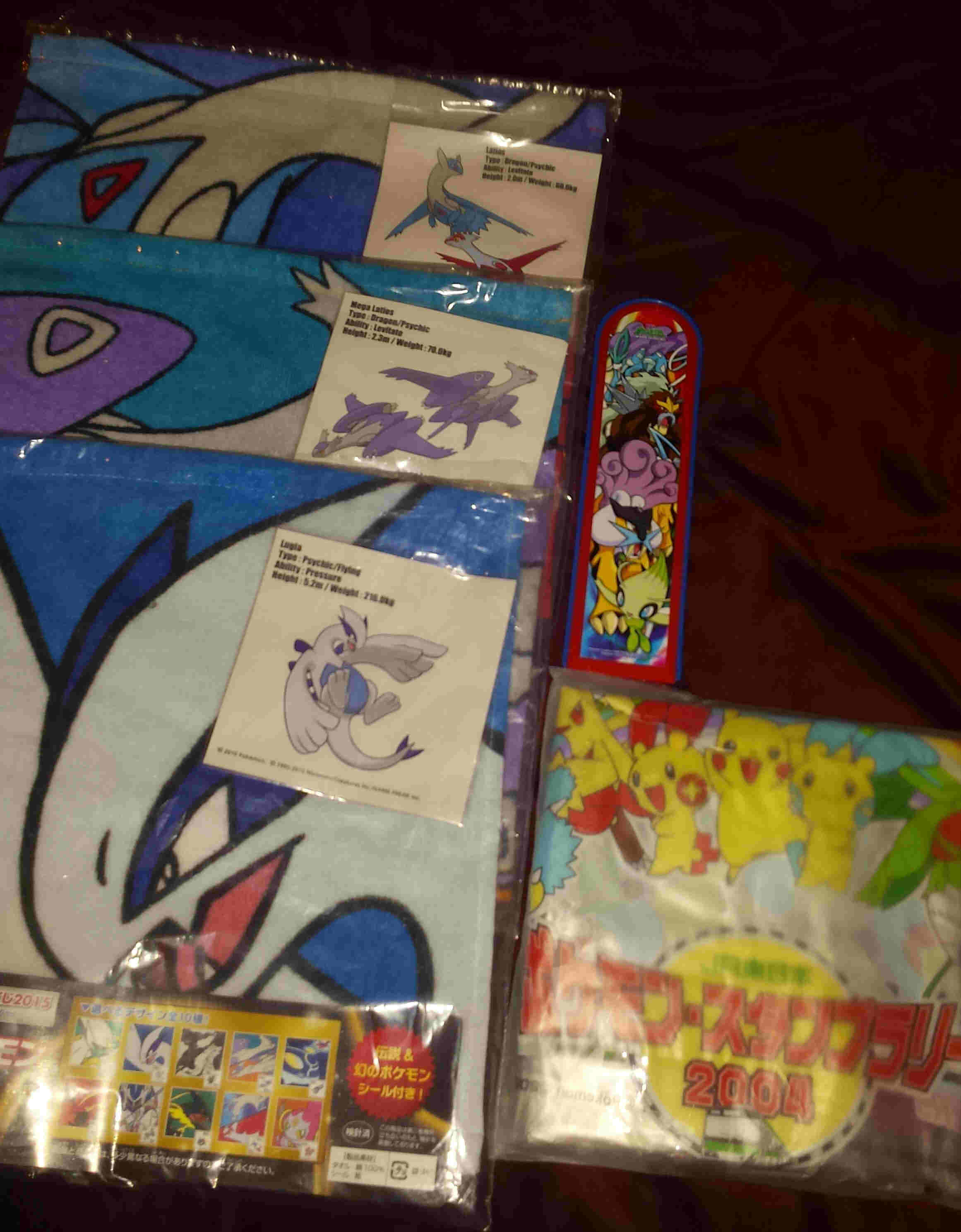 Some cool gets that came from lots on Y!J. The small packaged one seems to be a beach ball?

The pencil case is really neat. Features Suicune, Entei, Raikou, and onion fairy. I applied for sales permission, so hopefully if I get that in a few months I'll put it up kjfkjfh 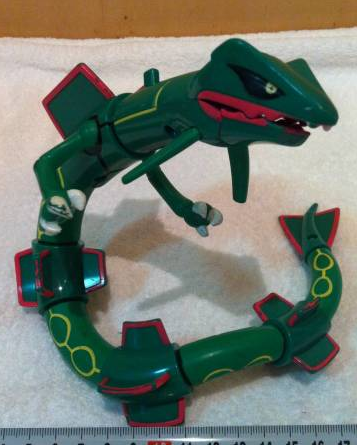 this is a really neat Rayquaza figure. Disappointed that it's missing the top pieces, but I got it for cheap so oh well

It's supposed to be this one. I almost won the super rare electronic Rayquaza for $20. Someone had a bid war on Y!J during the last two minutes and the final price was $103 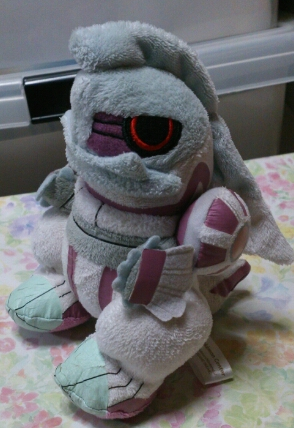 And finally, a TTO Japanese Palkia pokedoll!! It's so fluffy looking. I was hoping to find one MWT, but they're super expensive and this one was $7. I need a nickname for this guy. Any suggestions?
Palkia is starting to win my heart over. Such a nice design. Giratina will forever remain #1, though.