SSS, other gets, and a major grail want

Hello community! I hope everyone is doing well :D
I received my SSS package the other day. I'm super excited to share! This post is super image heavy. I had planned to make this post after I got more items in, but I'm super impatient. 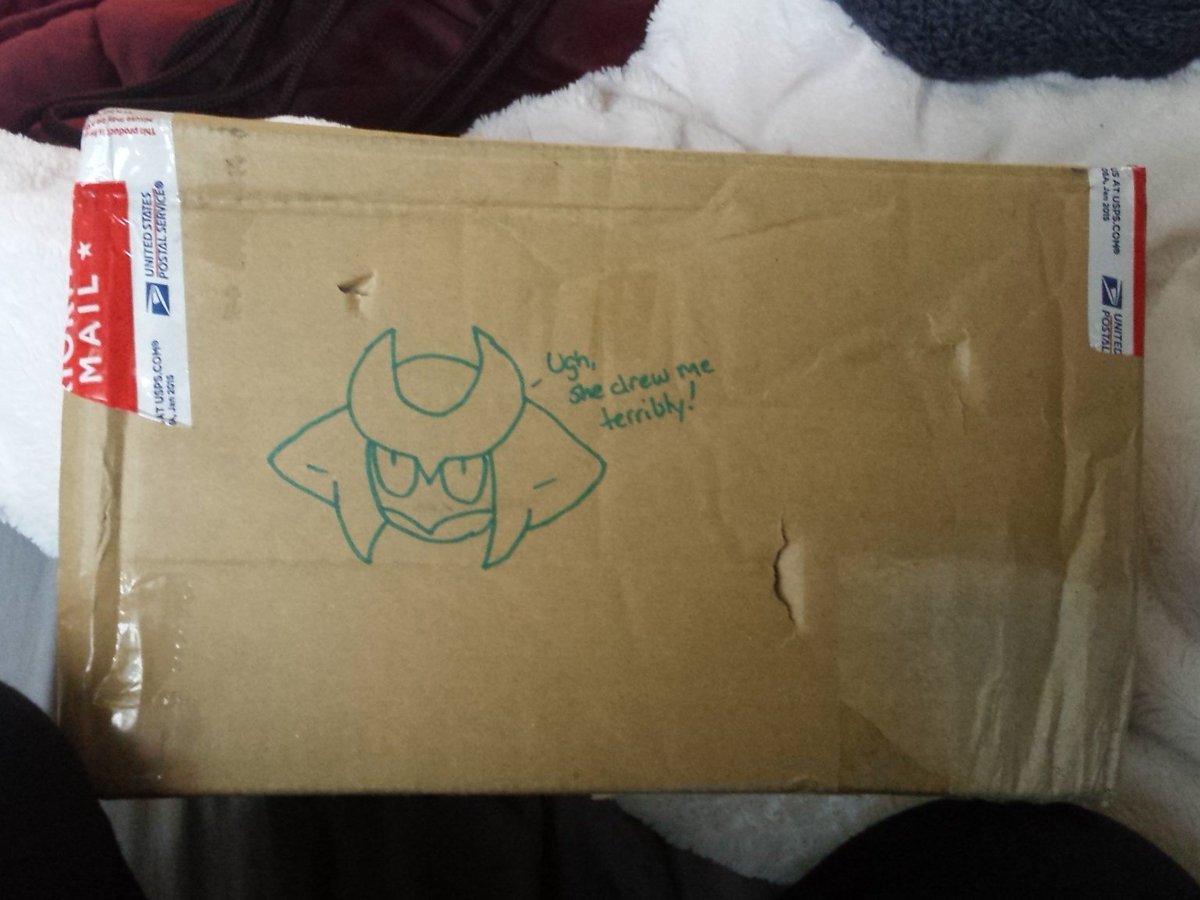 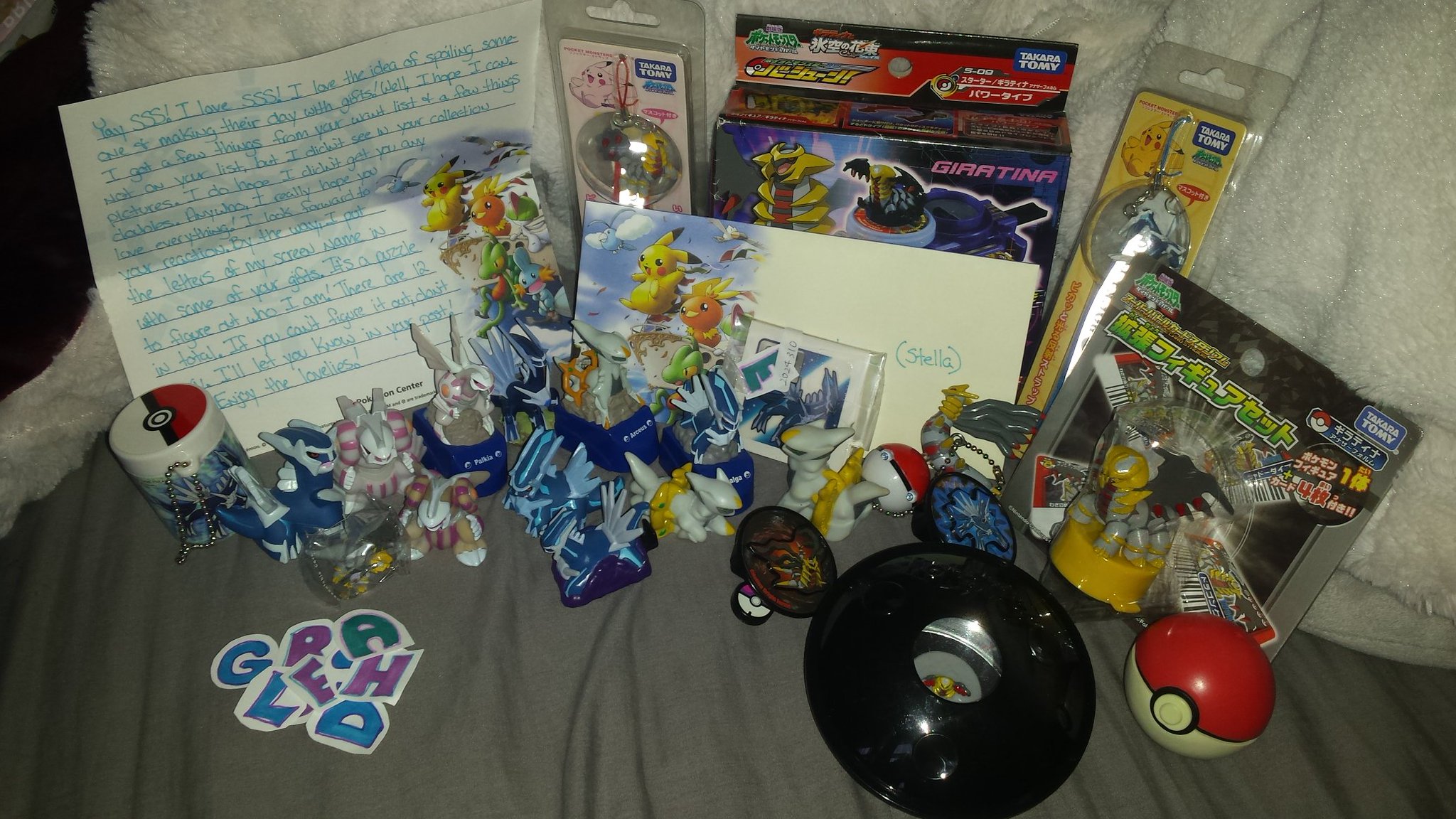 AAAAAAA????? I WAS SO EXCITED WHEN I OPENED THE BOX U HAVE NO IDEA 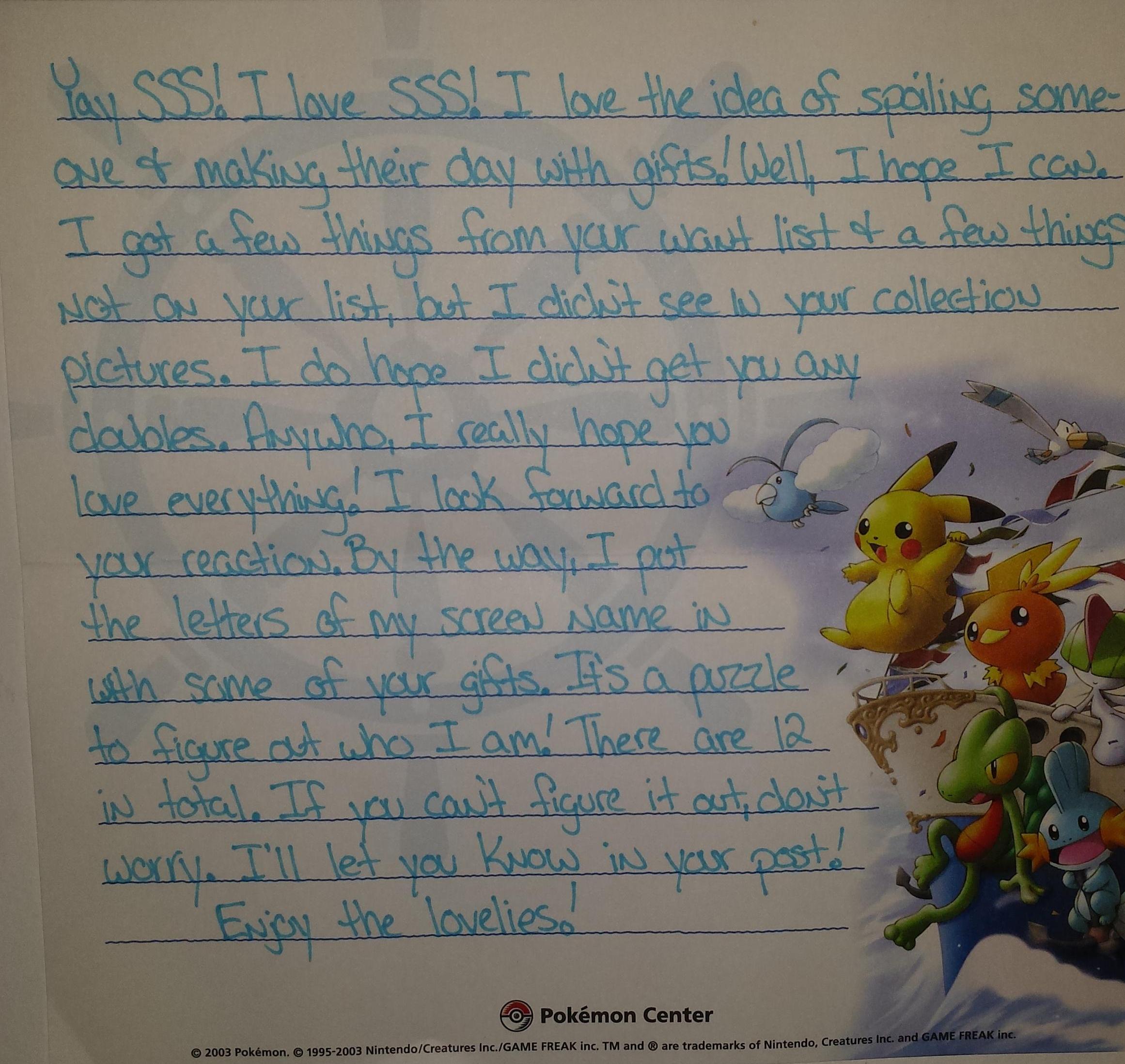 "Yay SSS! I love SSS! I love the idea of spoiling someone and making their day with gifts! Well, I hope I can. I got a few things from your want list and a few things not on your list, but I didn't see in your collection pictures. I do hope I didn't get you any doubles. Anywho, I really hope you love everything! I look forward to your reaction. By the way, I put the letters of my screen name in with some of your gifts. It's a puzzle to figure out who I am! There are 12 in total. If you can't figure it out, don't worry. I'll let you know in your post! Enjoy the lovelies!" 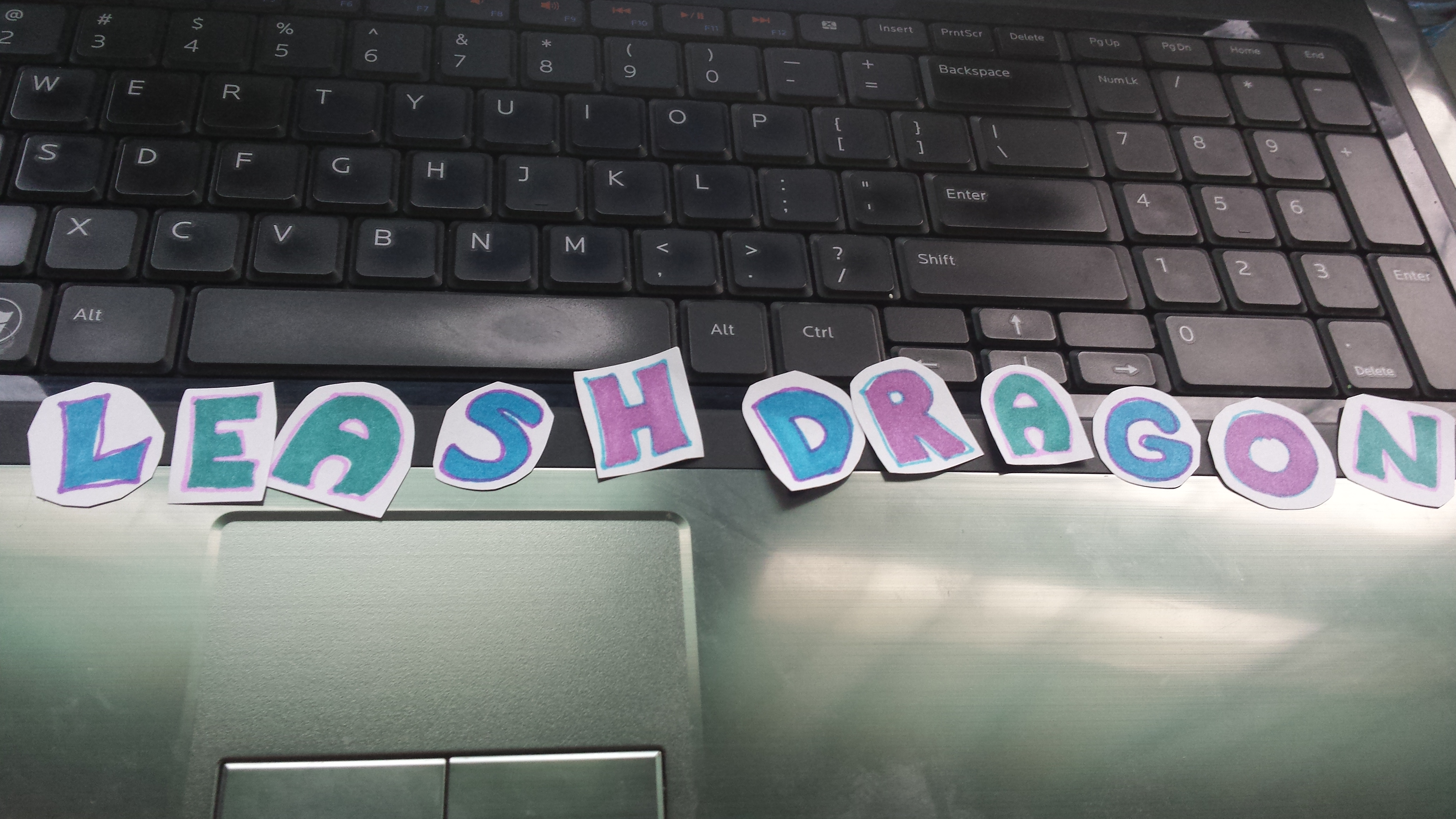 The username I (hopefully) figured out was Leashdragon! Took me a few hours of detective work, but I did it jkhgkfghk
I was super happy to come home from a long day to the SSS package! I'm still just speachless and ecstatic about it aaaaaaah
So thank you so much again, friendo ;_;

I got a ton of gets over the past few weeks! I'm excited to share them.

A package came in from Y!J after long waiting. 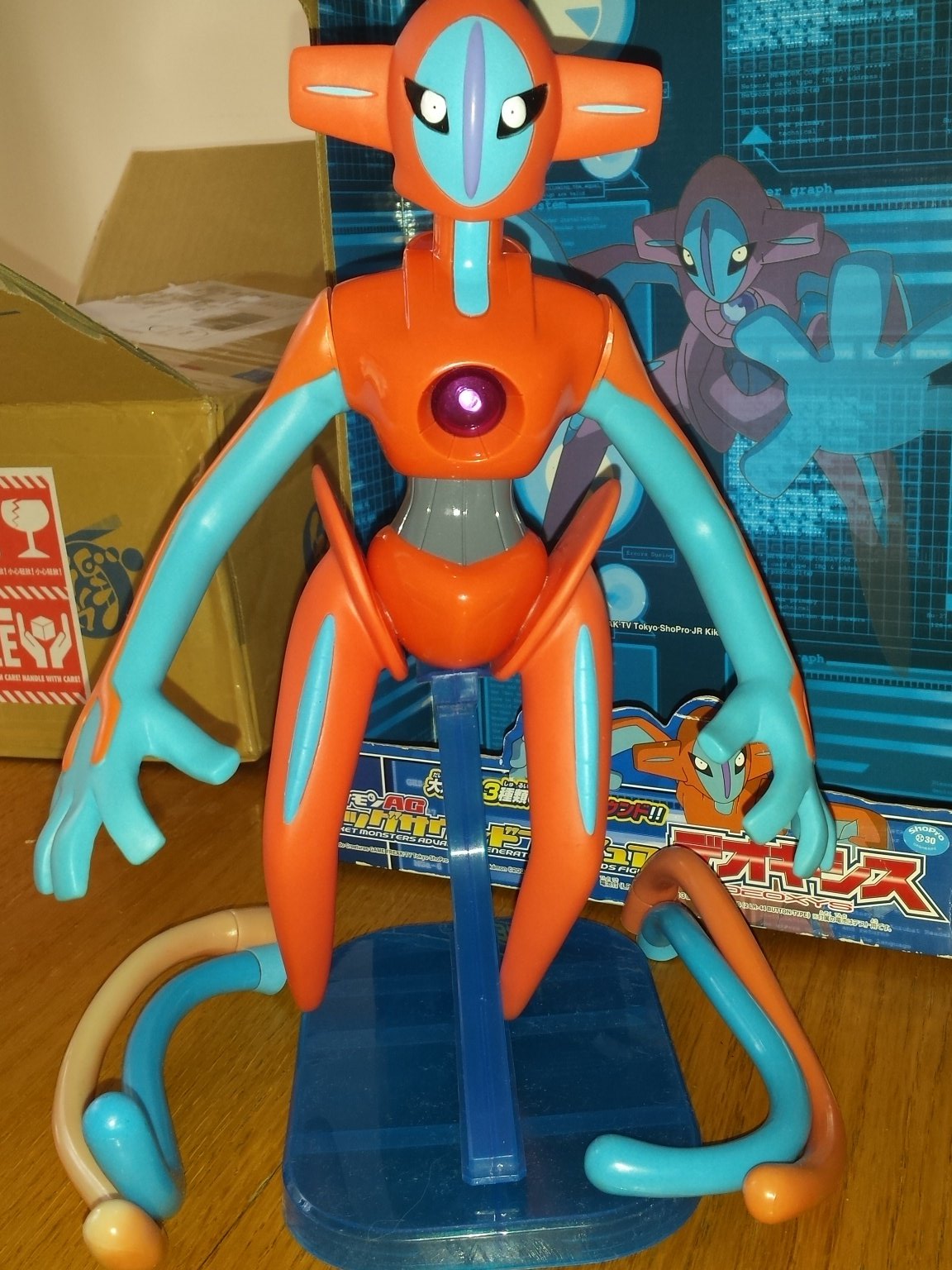 The 2004 electronic Deoxys Tomy! I won him on Y!J for $13. Shipping cost me an arm and a leg because it's just so darn BIG, but it was worth it. Him and the box are a little sun damaged, but eh. I had plans on displaying him in the box, but I currently have absolutely no room for the box, let alone the figure itself lmao For now he chills with me on my desk until I can get a new shelf.

Finally got the last, and most wanted, Palkia DP06 zukan! He's baseless, so I'll be looking for a base to buy from the comm if someone has an extra.

I know I always bash on Darkrai, but I actually found a figure of him that I really like. It's broken, but it was only $3 with free shipping so why not. I can always fix it when I get it. Looks like he's only on there with hot glue. 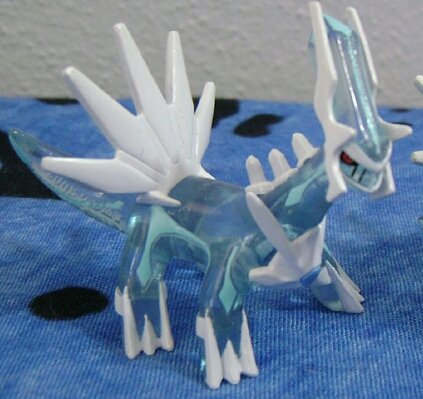 Clear Dialga tomy! For some reason, I really wanted this specific clear tomy. So I found one on Y!J for dirt cheap. 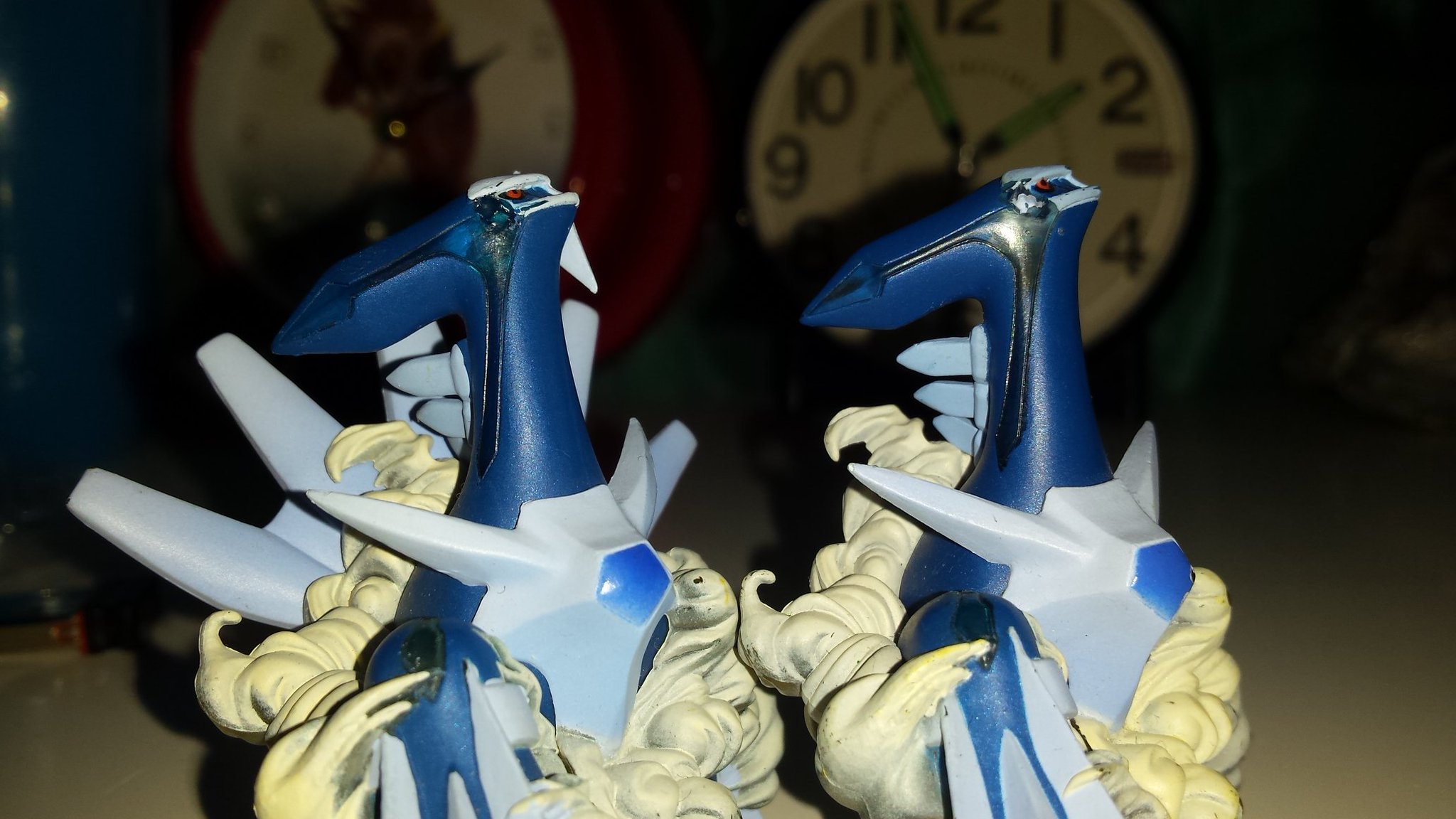 Got another Dialga pre-order figure. All I need is that last head piece and he's complete fjghkfg The newer one I got (left) is more blue than the older one (right) o: The older one is more clear. It's really neat, actually. 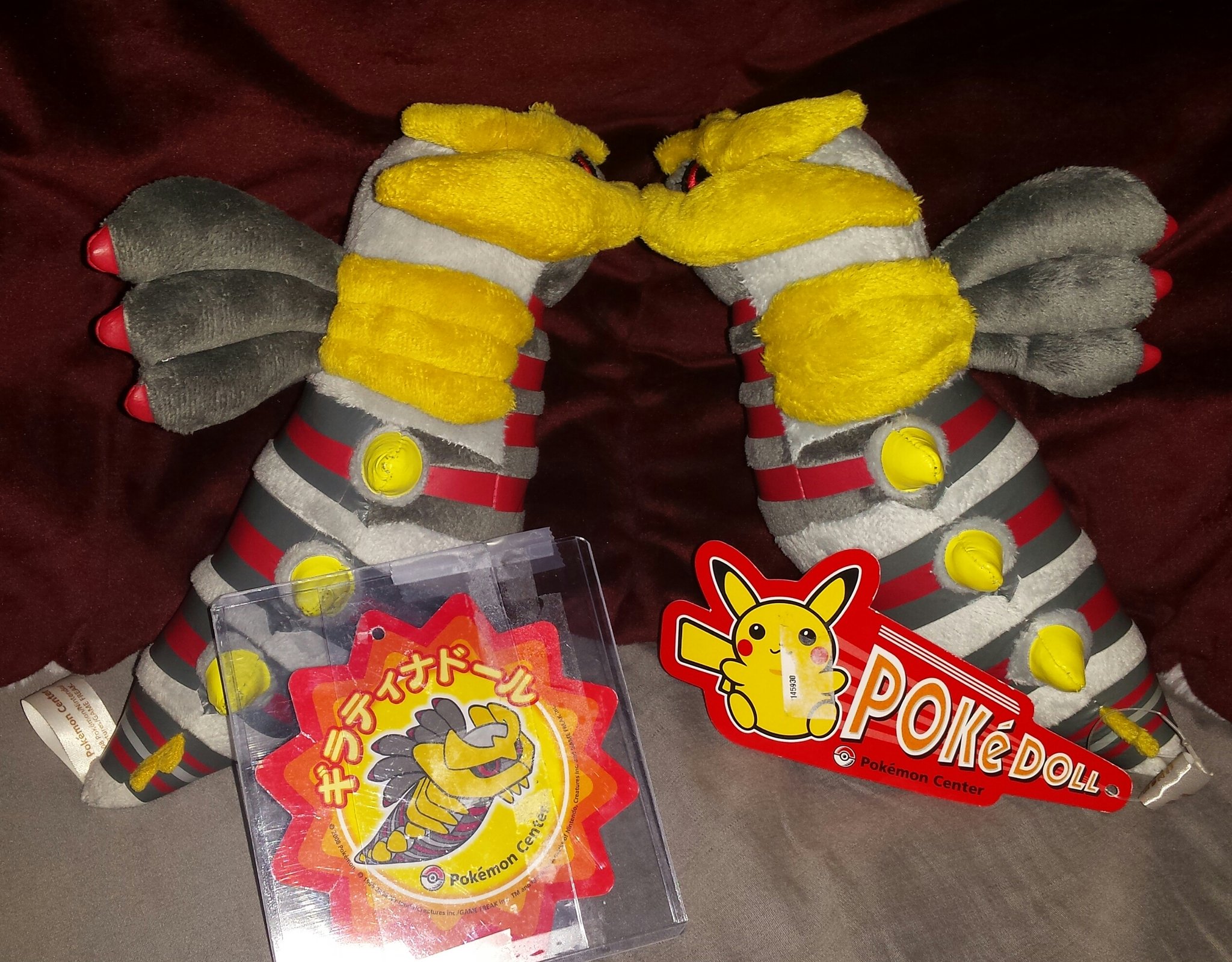 I got the American pokedoll MWT! I stumbled across an eBay auction, bid on it, and forgot about it until I was told that I won the auction. With that being said... 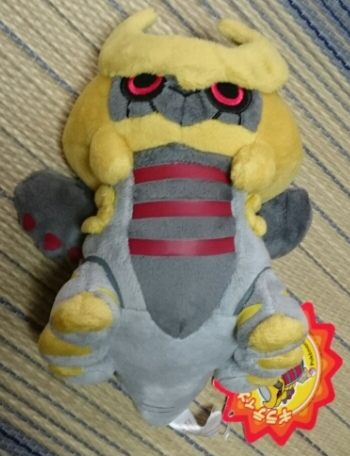 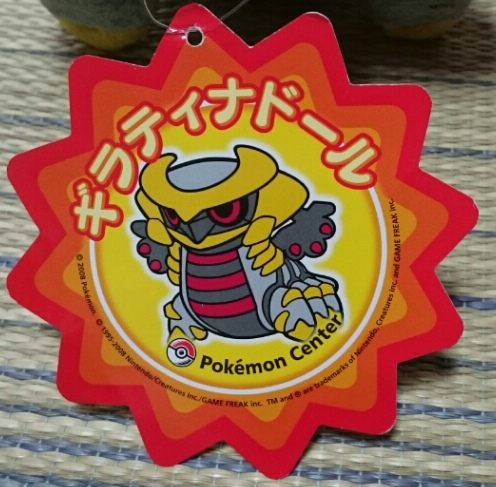 Closeup of the tag
I actually "lost" this auction the first time I bid on it. For some reason, my bid got cancelled 2 hours before the auction ended. So when it got relisted, I did sniper bid so that couldn't happen. It worked B) 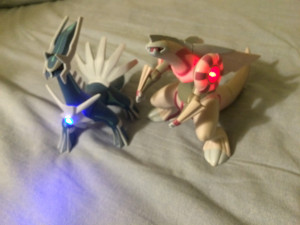 I got both of these from Dragonkid20 (today, actually). I wanted them both for a while, but both of them on eBay were ridiculously priced. So I got them here o: 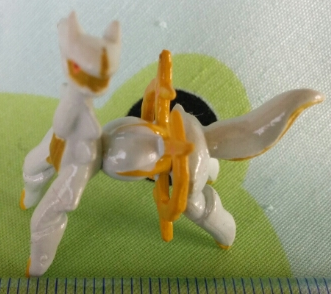 I got the zap plate Arceus keshipoke for 50 yen. I was really surprised for how cheap I managed to get it. Now I've got the normal, draco, and zap versions 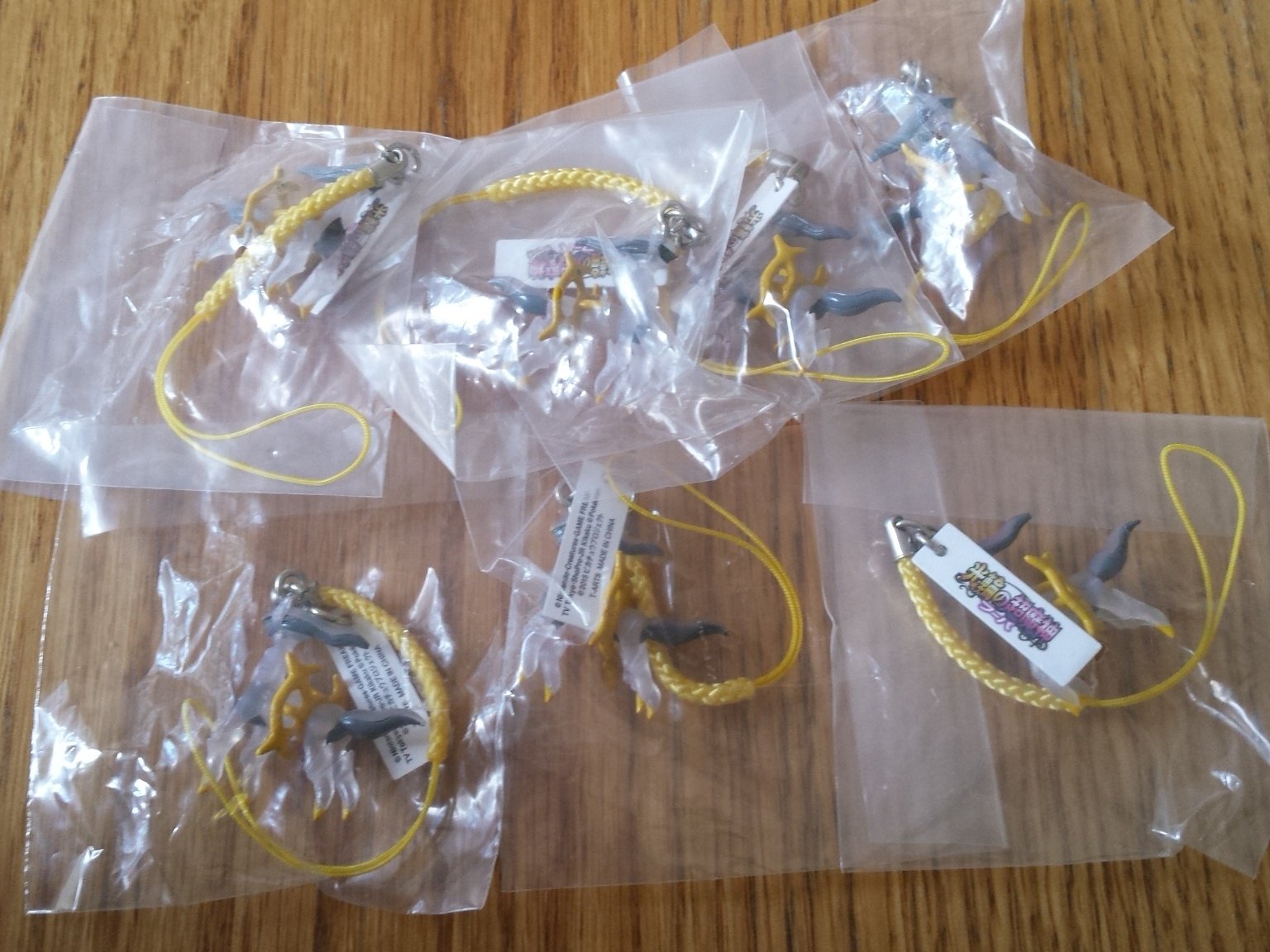 So I thought I ordered one of these and wound up getting seven. I may keep two (one to repaint to the dark plate) and sell the rest. They're so tiny and adorable. And clear! I've learned at this point that I'm a sucker for clear figures.

Second to last Giratina ballpoint pen I need! After looking back on some of happyjolteon's journals, I saw sheets of movie merch from several movies. I looked at all the ones with Giratina, and I'm only missing two items o: Exciting to know that could be completed so soon!

I got the mini BanPresto Dialga from Dragonkid20 as well. All I need from both of those lines is the pearly versions! I completely ran out of room from both of those shelves, though. I've got no clue where I'm going to put the larger items of Dialga and Palkia that I got.
Lastly, I FINALLY got Pokemon Super Mystery Dungeon. I was very 'eh' about getting it because of the price. My friend who works at gamestop said she'd buy it for me with her discount, but even then it was expensive. But by chance, someone on the comm was selling it within the price range I'd buy it so I got it. I'm excited to battle my child in 3D. The only PMD game I never got was GTI. I thought it was too short, after watching a lets play of it. so I shall continue this adventure on the new one instead!

I have decided to start collecting Rayquaza, too. I'm not going to collect every item out there; only the ones I like a lot. Which partially explains the wants below.

Finally, the grail. I lost the auction on this big guy (who was MIP) by 5 cents. I was really bummed about that. So I'm hoping someone on the comm has one they don't want anymore and would be willing to sell it. My budget is extremely flexible, so price really isn't an issue! You can PM me about it if you're too uncomfy commenting. 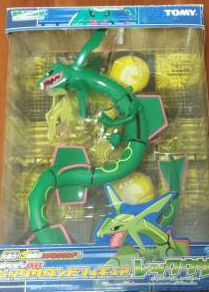 Doesn't need the box; really just looking for the figure. The box would just be a bonus fghkjfhd
Collection | Wants