Gets update~!! Pics and Photo-Story (* u *) Shrinking wants list. Happy Spring everyone!

Hey guys! So, I finally have some new stuff to share pictures of. Everyone's spring swap photos inspired me, so I did a little photostory for fun with this. Hope you enjoy.

It's a Livejournal Cut full of Photos! Sneasel used Slash! 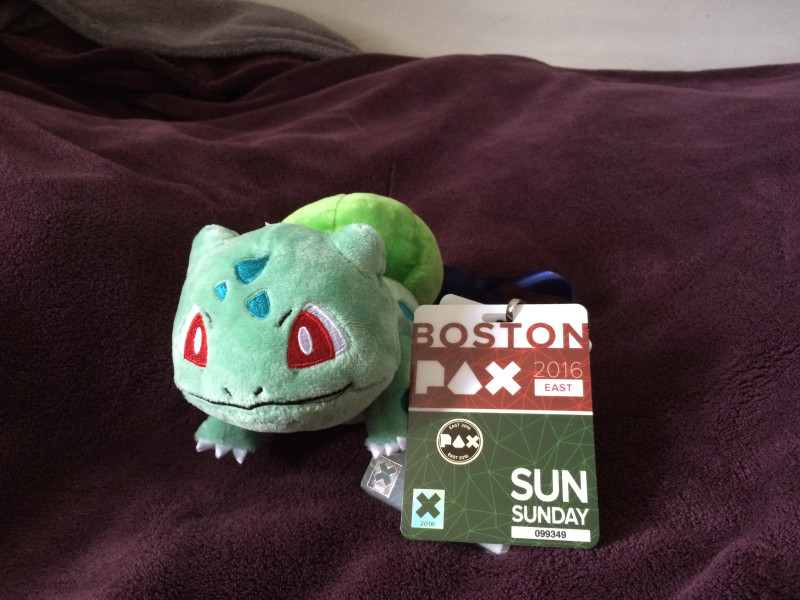 First up is a little Bulbasaur I got at PAX East. I'm not sure what it's officially called, and it might even technically be some sort of bootleg, but I really liked how it was made and the expression so I decided to add him to my collection. :) 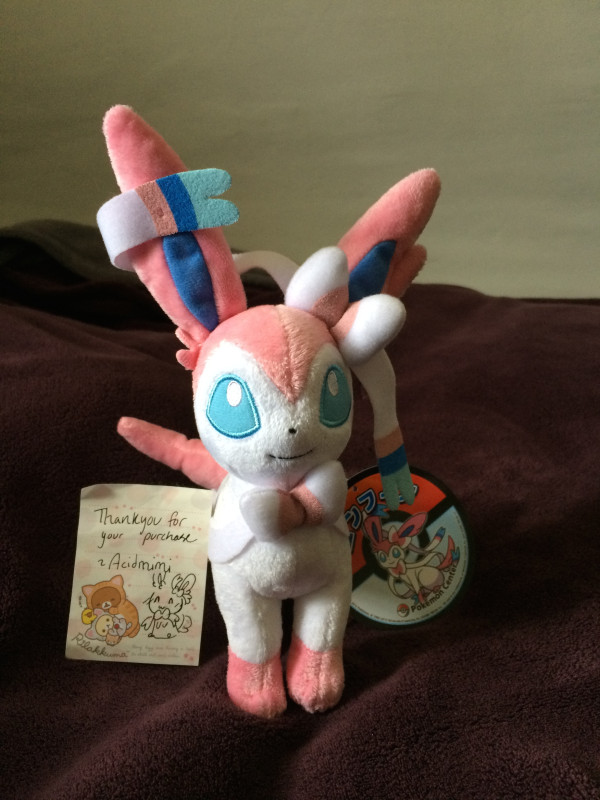 Next up is the Sylveon Pokemon Center Plush. I got this one from

acidmimi. There were some chocolates and that adorable thank you note with it which was really sweet! ^u^ Thank you again!! <3 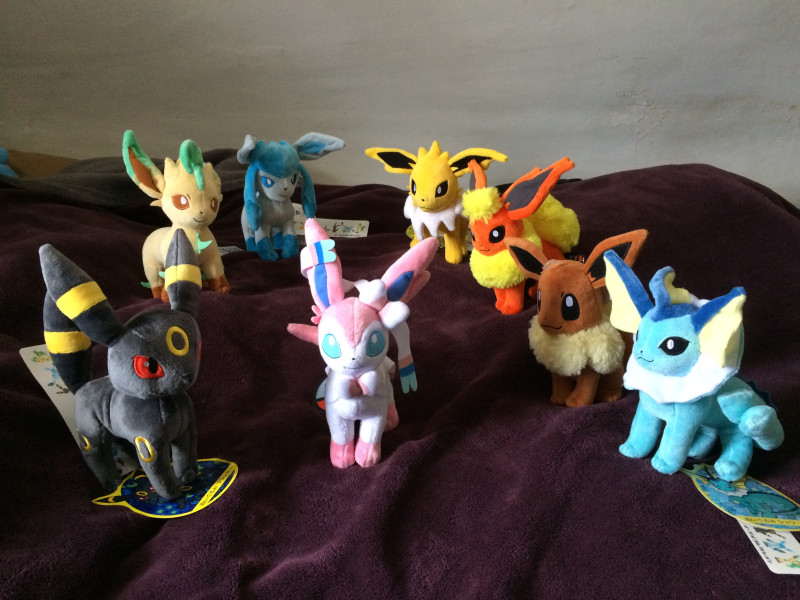 Wanted to include a picture of Sylveon joining her brothers and sisters. I still need an Espeon but I'm not a huge fan of how the one from this set looks so.... I'm kinda stumped on what to do. :\ If anyone has ideas I'd love to hear suggestions. 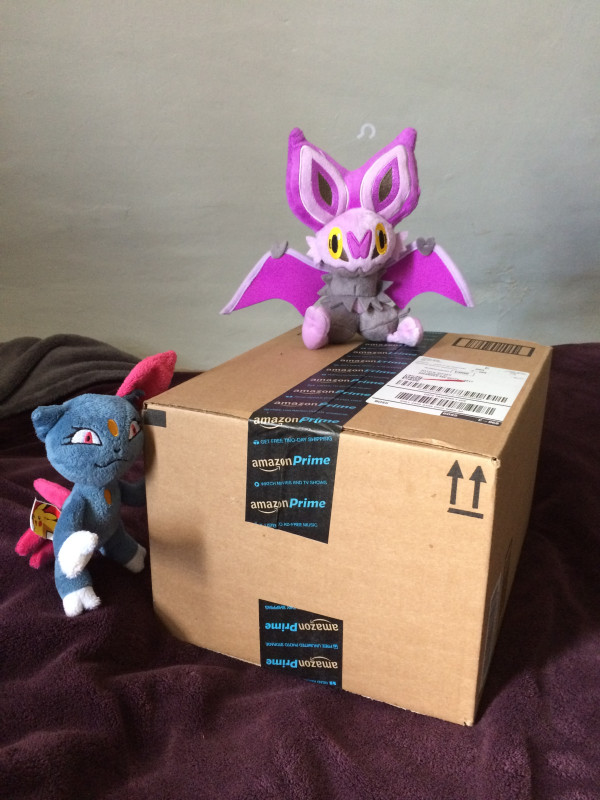 Okay~! So now it's photo-story-time! Sneasel and Noibat are here to help us open the package that came a few days ago. I finally cleaned my room so we could take photos and welcome the new arrivals. 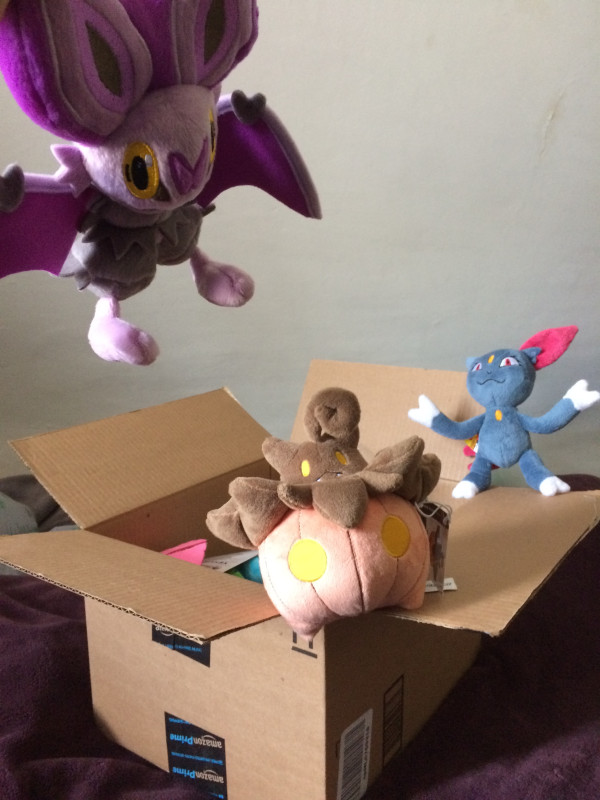 First to pop out is Pumpkaboo! (PokemonCenter) She's so round c: <3 Next is this gorgeous Dragonair~! (PokemonCenter) Her entrance was a little more showy than Pumpkaboo and Sneasel was so surprised she fell off the box. :P Sneasel and Noibat introduce themselves to the new Pokemon and everyone is getting along great. What's this? It's Bulbasaur! She thinks there might be one more Pokemon in the package who needs to come out. 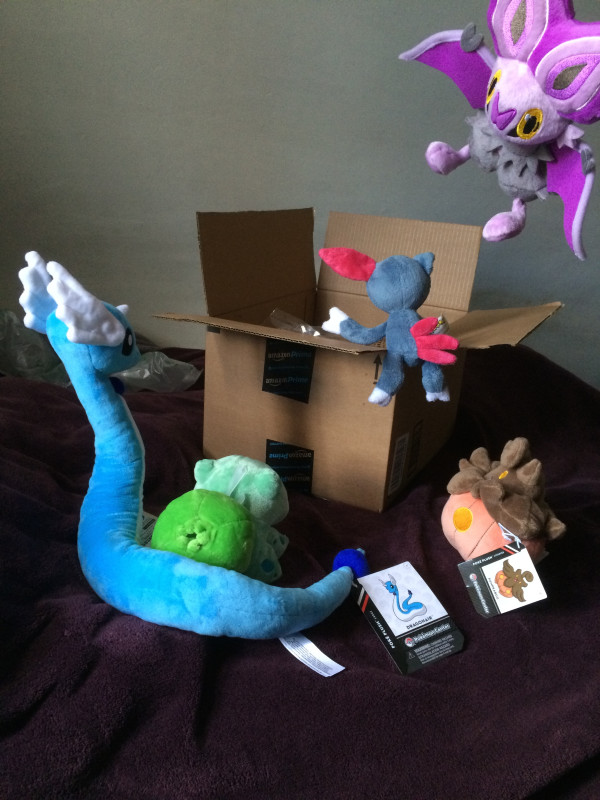 Sneasel climbs up to take a second look and Noibat flies overhead to see if they missed someone. 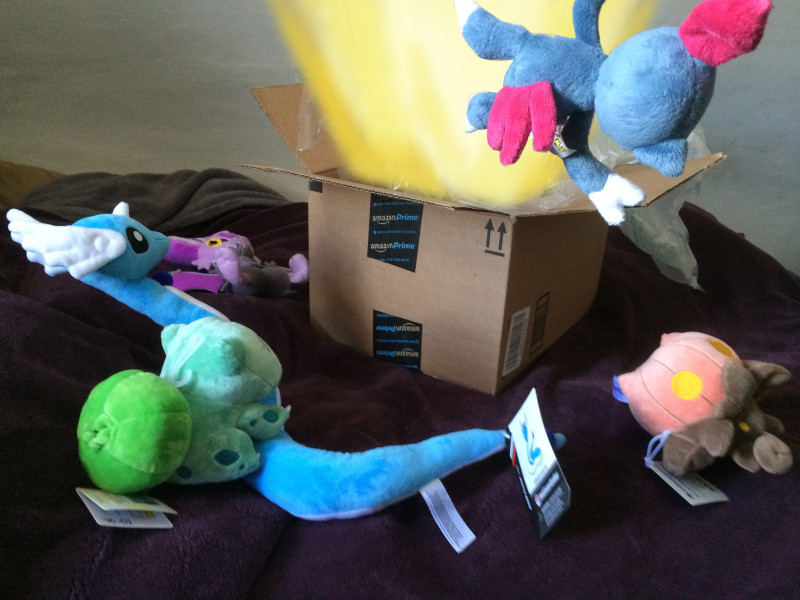 Whoa! What's the blast of light?? Something's waking up inside the package! It's Venusaur~! He fell asleep on the way here and just woke up after hearing Bulbasaur talking with the others. :D Noibat performs an aerial rescue to keep Sneasel from falling on her face again. x3 Dragonair and Pumpkaboo wonder how they forgot about their third travelling buddy. Venusaur must be a quiet type. 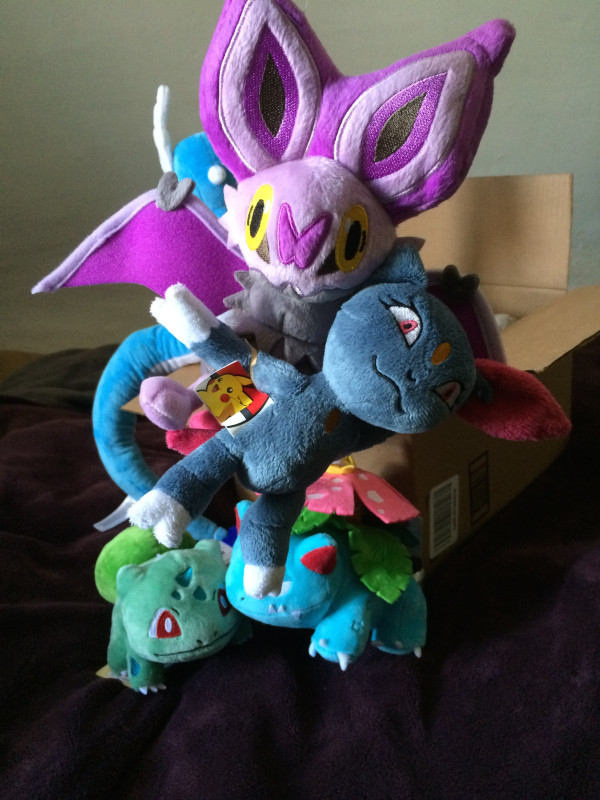 Thanks for the help Noibat and Sneasel. Until next time! ^__^ Big group shot of our helpers and the new arrivals. 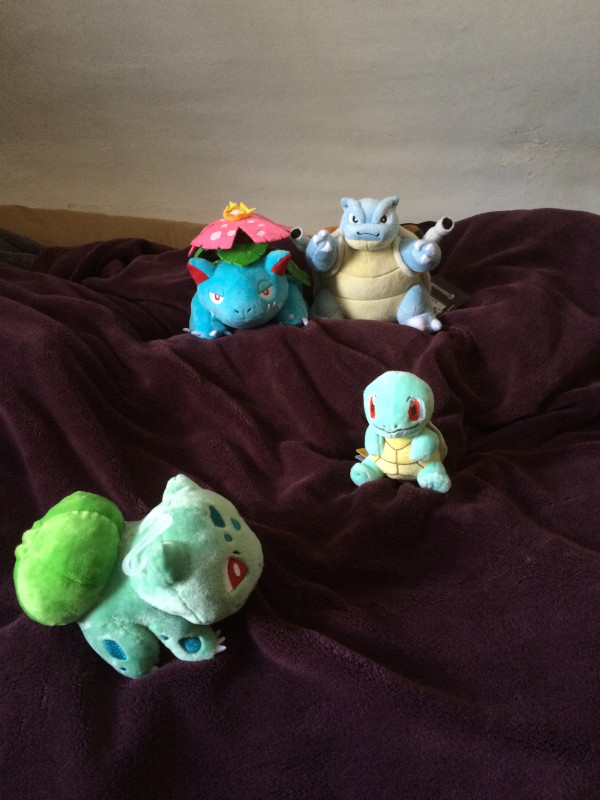 Venusaur and Bulbasaur make some friends right away. And that's it. Hope you guys liked the photo-story, I tried to make it fun and narrative.

Here's what's left of my wants list. I guess it's still a decent handful of plush, but it's so much smaller than it was. If anyone comes across some of the plush on here it would be super appreciated if you could let me know. Thanks everyone! :)