All Kinds of Gets! + Offers Reminder, End TOMORROW!

I've at least come with something interesting to post this time though =D Gets! All kinds of gets! ^_^

I know I tend to jibber on and on...so lets not prolong this for once and jump right into the fun stuff! Photos!

So you might all remember -this- guy...My keeper of all things TCG! 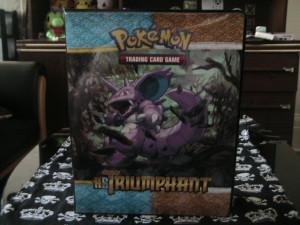 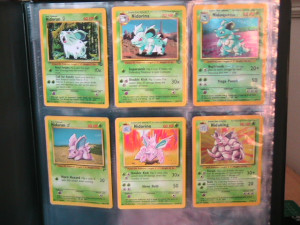 When he was last showcased...he had six little cards tucked away inside...x3 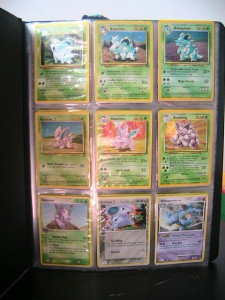 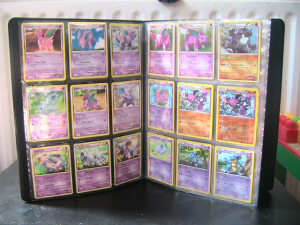 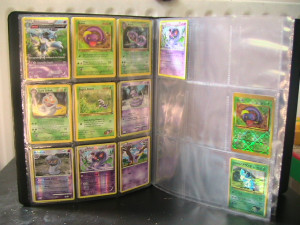 ...has FLOURISHED with all kinds of Nido line and Ekans line TCG goodness! =D The "doubles" are actually just normal cards alongside the reverse holo version, though my camera really didn't pick up on the shiny goodness. I've even got two gorgeous bootie card stickers to use in my display when I eventually get one sorted out! <3 They're so glittery and pretty! #girlymagpieproblems! 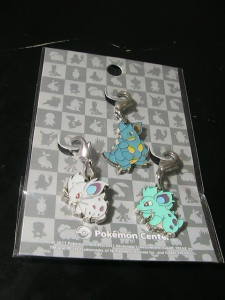 Next up is my final charm set that I needed to complete my charm collection! ^_^ The Nidoqueen line! I now have the re-released versions of the Ekans line, the Nidoking line and the Nidoqueen line and now have to concentrate on the Johto release versions which are hella pricier x3 Doh! 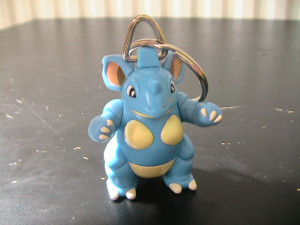 Now here's a keychain with a funny story! I actually had this gorgeous little lady just a few months back. -Before- I started collecting the Nido lines. Needless to say...my old Nidoqueen Burger King keychain who I had since my childhood found her way into my sales post and was shipped away to Germany soon after. A -week- later...I decided to collect the Nido lines. And instantly regretted my descision to sell her alongside her partner Nidoking Dx But now she's back! Well..not the actual one I sold...but her American cousin and she's FAR more mint than my old Nidoqueen was! All things happen for a reason guys and me getting rid of my old Nidoqueen was obviously to make way for a far less scuffed up keychain xD 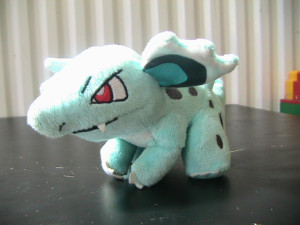 THIS TINY CUTIE AAAARGH!! I've been after this plush for some time now but I've struggled to find her with a pricetag I was happy enough to pay. That was until she came along! She's got no tags...but I don't CARE! It just means that if I replace her with a mwt plush in the future...I have a snuggle buddy and I can't WAIT to snuggle this gorgeous little muffin! <3 She's far smaller than I imagined...and that makes me love her even more because for reasons I have no control over...I just love tiny cute things <3 She's made of minky fabric too! How do I cope with this much cute!?! 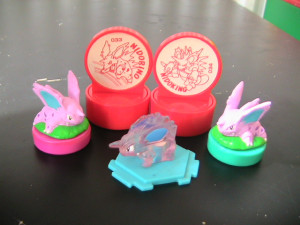 Onto the boys now! All of these guys were bought in lots I found on Mercari...and I'm so shocked I managed to find both the Nidorino and the Nidoking Pokémon-De-Pon! stampers -and- nab them! They've got my most favourite artwork on them and they're pretty darn mint too! Now do I or don't I buy an ink pad and use them...? =P I've also managed to find the clear Nidorino FCS figure -and- 2 out of 3 Nidorino chibi stampers! Just need the blue based one now to complete that set! YAY! ^_^ 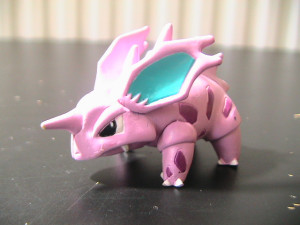 And now...a BIG BAD GRAIL! This guy had me stumped at first. He was on eBay with a bunch of obvious bootleg figures from the same private seller. He -had- to be bootleg, right? I mean come on...a £0.99 starting bid...I figured though, even if he was bootleg, he was a very convincing one and would make an awesome shiny repaint base! 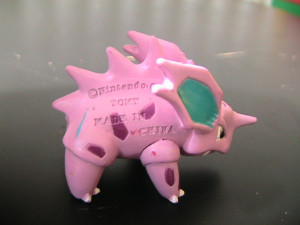 ...But those Tomy markings look very crisp...and he's -not- missing his 4th spot on his side...nor is his horn stumpy and blunt looking. And those pretty colours... 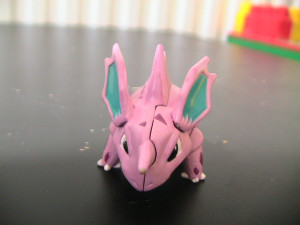 AND a seam!? (albeit a rather gappy one but that's probably down to wear). I asked around on Facebook groups and the like...he's pretty much been confirmed as legit. And after talking to the seller to see if he had a BIN price in mind for him...I managed to snag this fella...for £5.50. *dies* 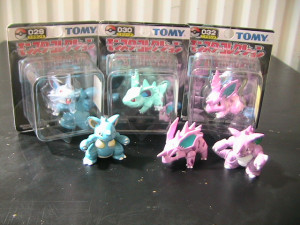 My Nido line Tomy collection is COMPLETE ;^; I could cry with joy! This image is pretty much what I've been dreaming about, haha! <3 They all look absolutely FABULOUS together! (And damn it all..I really want to release the MIP ones into the wild now so they REALLY look awesome together xD) 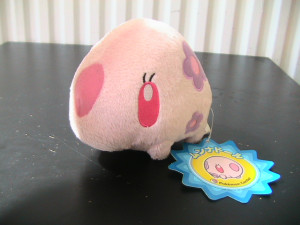 And speaking of dreams...I also found a MWT pink floral tapir Pokédoll! I'm sure by now you all know about my love/hate relationship with pink...and Munna here is another little thing I can't help but find adorable...because it's pink. And yes. I hate myself for it...darn girly pink... 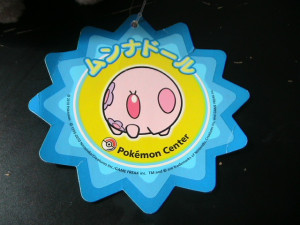 But...the tag art <3 Munna's got some awesome mascara thing going on there! 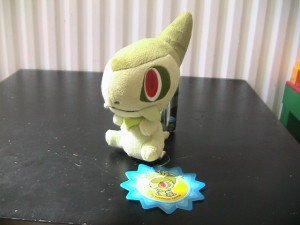 Munna also came with a friend! Axew! <3 This little guy was on my mental wants list when he was first released as Axew was my favourite gen 5 Pokémon when the gen was first announced! Surprisingly... Axew is not quite as snuggly as other Pokédolls as there's hard plastic inside his tusks to keep them nice and rigid and in place. He also has some (okay...a lot of) trouble sitting...but...LOOK AT HIS FACE! I adore his gorgeous ruby red eyes <3 SO happy to finally have him in my Pokédoll army! 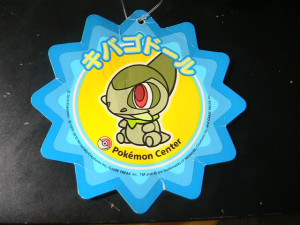 As always...the tag art is just as beautiful as the plush itself! <3 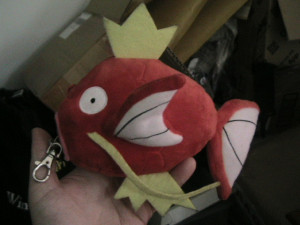 And my final, completely random get! A Magikarp. Wut? I don't collect 'Karps... 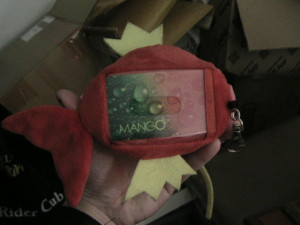 There's a reasoning behind my madness however! He's a train pass holder! A functional piece! =D He clips to my handbag and even has a pully string on the keyring section to pull him out and swipe your card at the machines! I use him for my tram pass and as you can see, the tram pass itself is quite colour co-ordinated with Magikarp, haha! Not only does Magikarp keep my tram pass nice and safe and conveniently at hand, he's also got a coin purse zip on his back to keep loose change! He's SUPER FUNCTIONAL! =D And super soft minky-licious too! <3 I'd definitely recommend him to anyone else who regularly uses magnetic cards for public transport, he's fantastically useful and practical despite his depry fish face! <3

A massive thank you to both

feraligroggles for my adorable little Nidorina Hasbro Plush! <3 You guys are amazing and I cannot thank you enough for helping me out in expanding my Nido collection further!

Now for my offers reminder! I've still got a lot of stamps and figures without offers and these offers will end TOMORROW! See a preview of what I've got in store below... 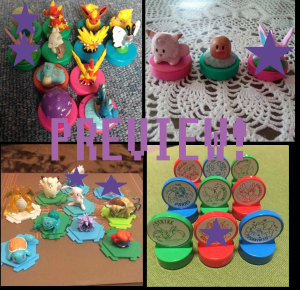 ...and also find a link to my offer post to see exactly what I have and for more information HERE!

Thanks for sticking around guys and happy collecting! ^_^