betlv at November/Birthday gets!
Hello everyone, today is my birthday! I have been absorbed in Sun and Moon (I got the dual pack) and I have more to share with you all. First, since my intro I forgot to point out that the date on all pictures I post is completely wrong. It's about a year behind! Also, not pictured is the Halloween Tomy Zubat and Pokemon Center small Squirtle. 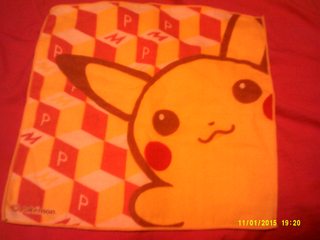 My very first Pokémon in the games (at the final evolution) is here! I got the very nice towel above with it. 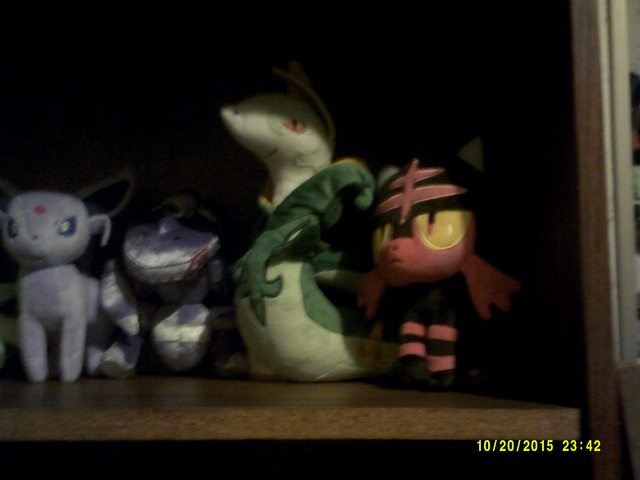 It is Serperior! I began with 5th gen. There's also the Pokémon Center Espeon and Litten and Tomy 20th anniversary Genesect. 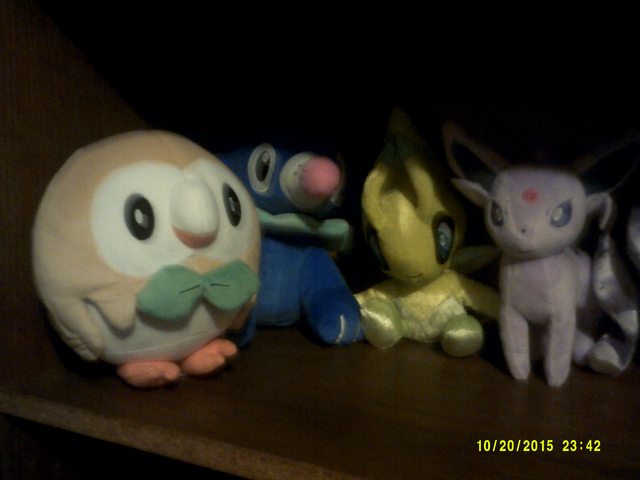 Toys R Us rereleased some of the older anniversary plush, so now I have Celebi. Tomorrow Meloetta should be available, and I still need Jirachi. There's the Center Popplio and Rowlet too! 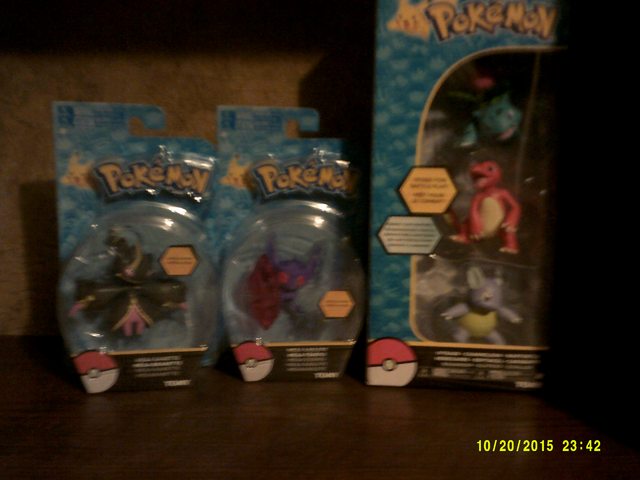 With Celebi I got Mega Banette and Mega Sableye. The Kanto starters were dug up from somewhere in my room, I put them there and forgot about it for a while. 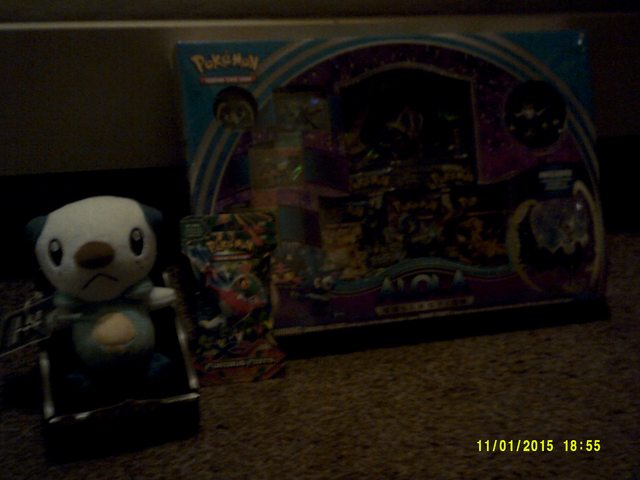 Please excuse the poor lighting, I was able to get a Furious Fists booster, Lunala Alola Collection and Trainer's Choice Oshawott. 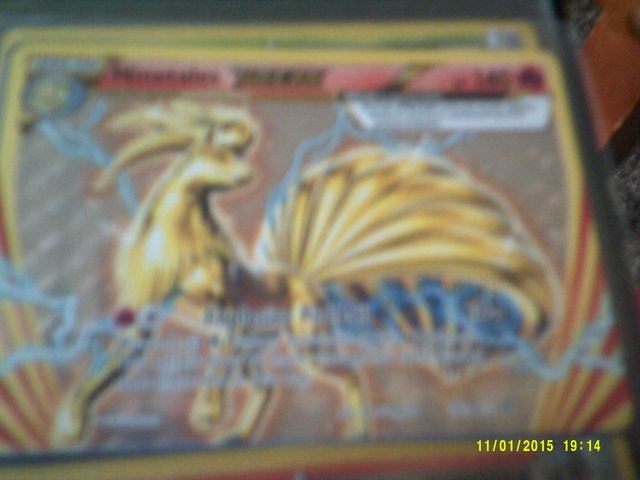 it's really blurry, but I managed to get a Ninetales BREAK from the Alola Collection. It's possible that by February I will have a better camera.
I opened the cards today (though I got them a few days back) and got something else at the post office. It cost a pretty penny, too. 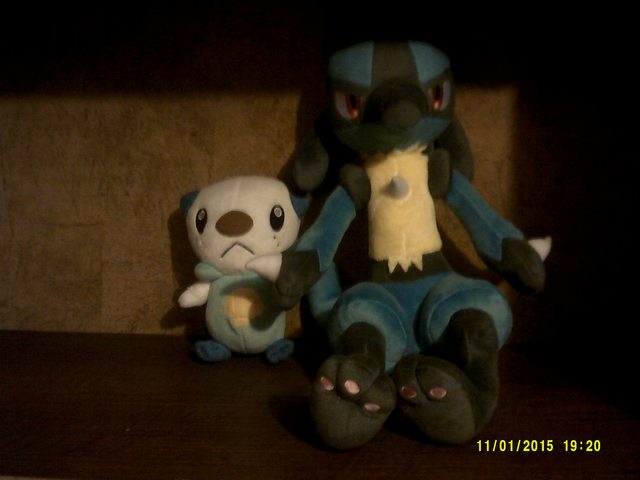 That's all! For extra birthday stuff, expect a post within two weeks or so (What will I order? That's for you to find out!). Then there's Christmas, so get excited!