So here before you are the only 2 Rockruff (Pokemon Center Doll Bootlegs) that I've see online, side by side by side with the ORIGINAL Rockruff on the far right.

Both bootlegs were $10 each free shipping from Japan.

That being said here are the sizes from the far left from paw to ear:

All are minky, but the new Bootleg has the better shade of tan than the old one does. The old one is a little too dark. Both bootlegs have those wierd synthetic brown fabric for their mouths. The old boot leg uses it for its paws too. But the new Bootleg had enough budget to have full minky brown paws? Why didn't they just make the mouth of the same minky then? Both bootlegs have the same embroidered eyes but they are a sky blue over a light blue from the original.

The original had a plastic / velvet nose, the old bootleg kept that idea but the newest went with a brighter pink straight plastic one. 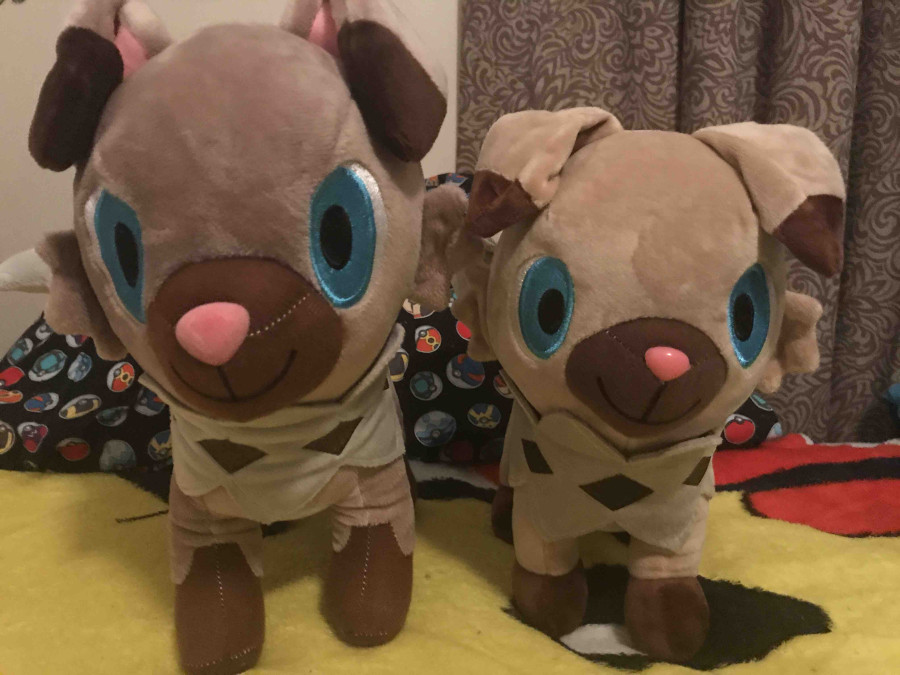 The old Bootleg kept the sewn in rocks like the original, but the new one has the plastic / sticker like ones applied, it's actually quite nice I don't mind it, but if the fabric is stretched in any way it would warp the "rocks". 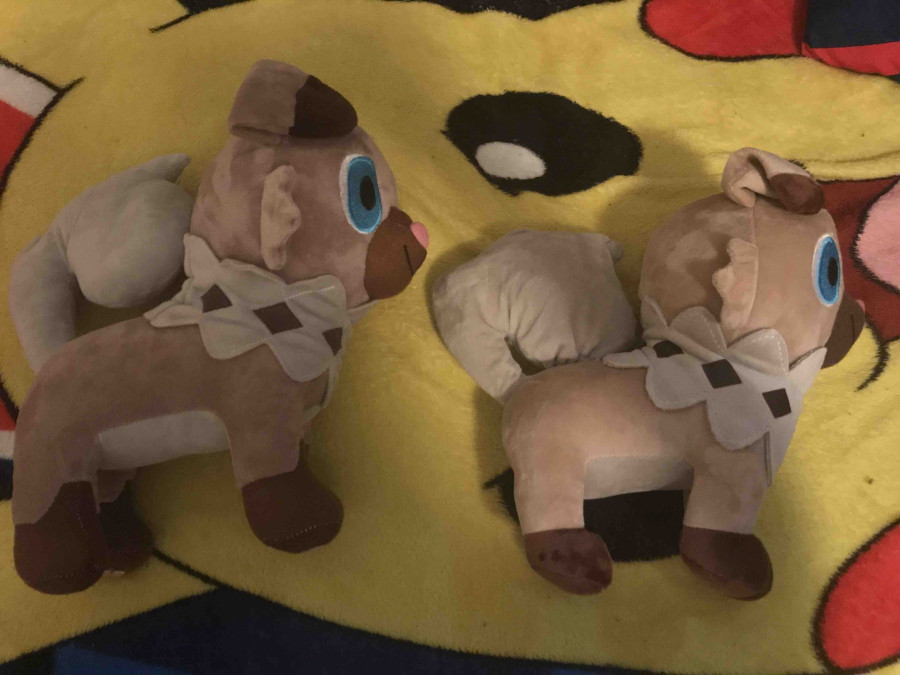 Old Bootleg too the extra mile and added pink inside the ears, new one didn't. 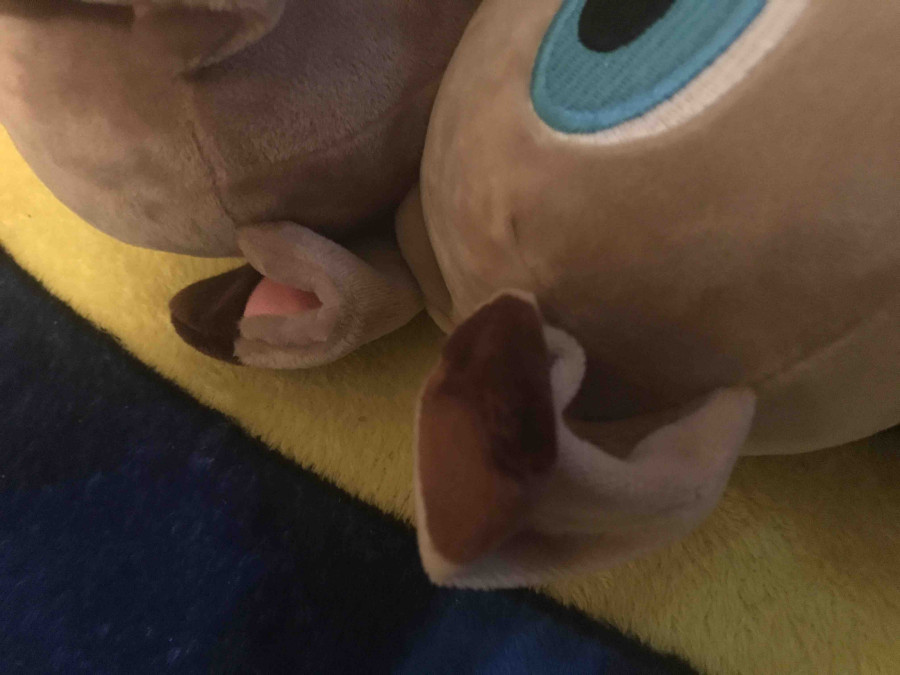 I have nothing to say, you know how they should look and neither are even close. The one of the left semi got it right. The new on on the right didn't even try, haha. 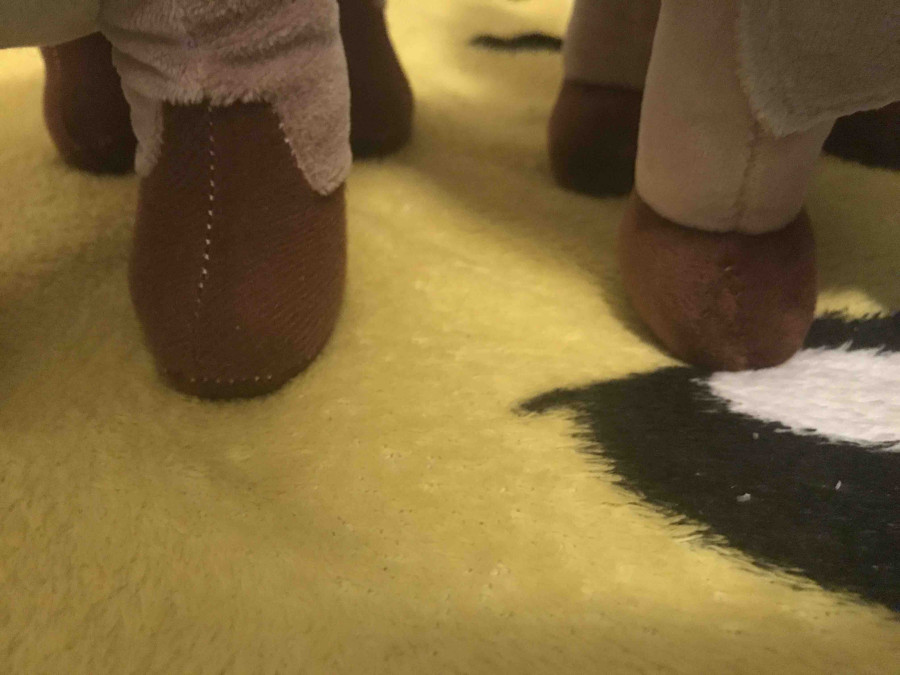 The new one on the right was just sloppy, although it was teathered, it wasn't fully stuffed and it has obvious wrinkles. The old one one the left is a little too defined on the tail spikes. 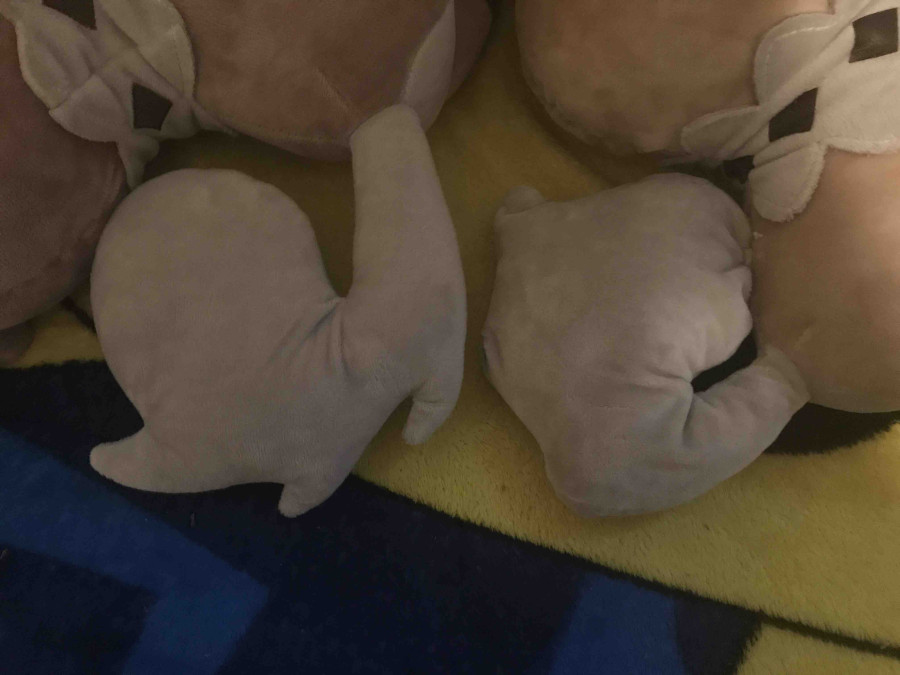 In the end... I like the old Bootleg cus it's the biggest, but the new Bootleg they put a little more effort into it, mainly with the paws since they are minky? It's also stuffed more firmly, and the size is still good for 10 inches. So... I think I like the new Bootleg more. Although the original is great it's not a cuddle toy which is want I want.

Hoped you like this funny, informative post. Again, always support the official release Plushes when you can!