After a while of making no progress with my pokedoll collection, I have finally knocked one from the list.

I've also got myself a new floating shelf for display. What will the theme for this one be?

Plus, shameless SALES PLUG and anything can be combined with my OTHER SALES. My next shipping day is Friday.

I'm accepting trades for anything from my updated WISHLIST of doom. 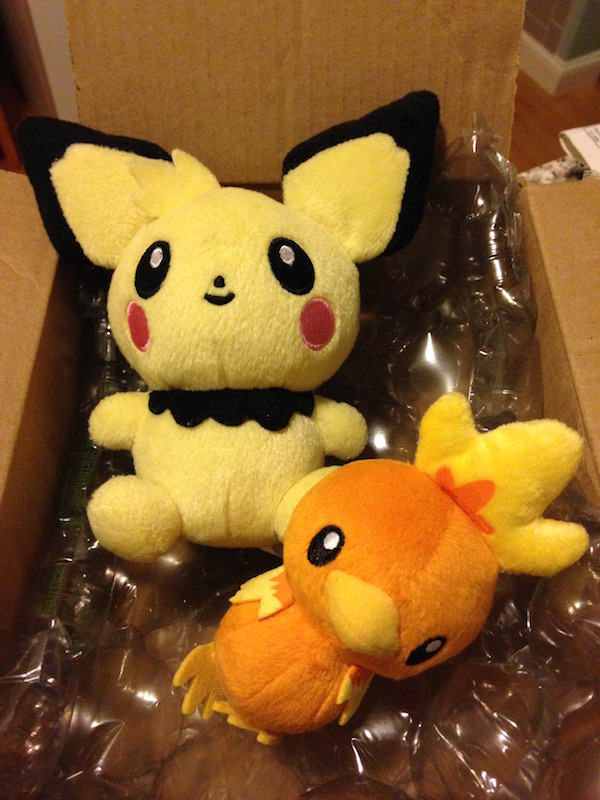 I wanted to get cracking on my newest arrival!

The Tufty Pichu Pokedoll. Ever since I got Smoochum, it has been 2 years since I made progress on my collection.

My Arceus, I have had the roughest time trying to get him, since I would be often harased by other people to not obtain him in auctions (off site of course), so i held off on him for a while until I saw that

polahbear had one for straight sale, and it happened to be a time where my bonus came in, so after a quick payment plan he's all mine <33 Torchic was a gift, and a wonderfull addition to my collection too! 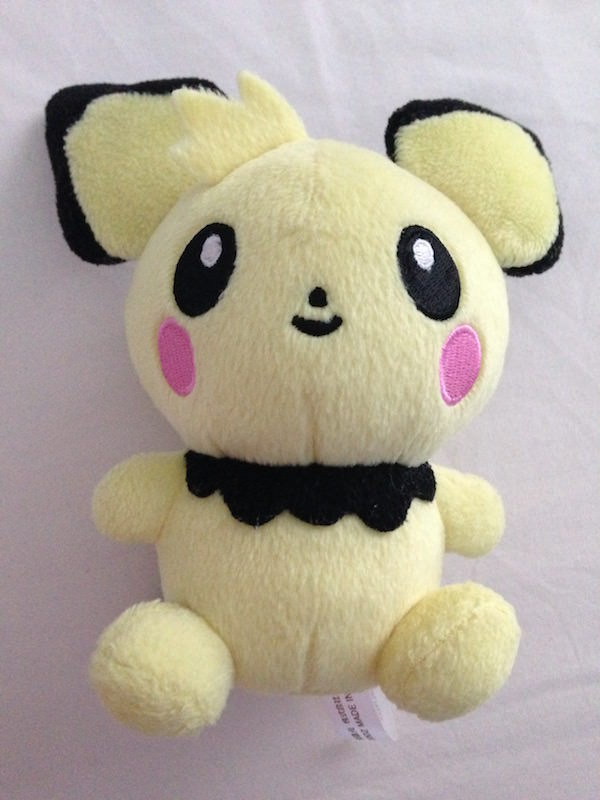 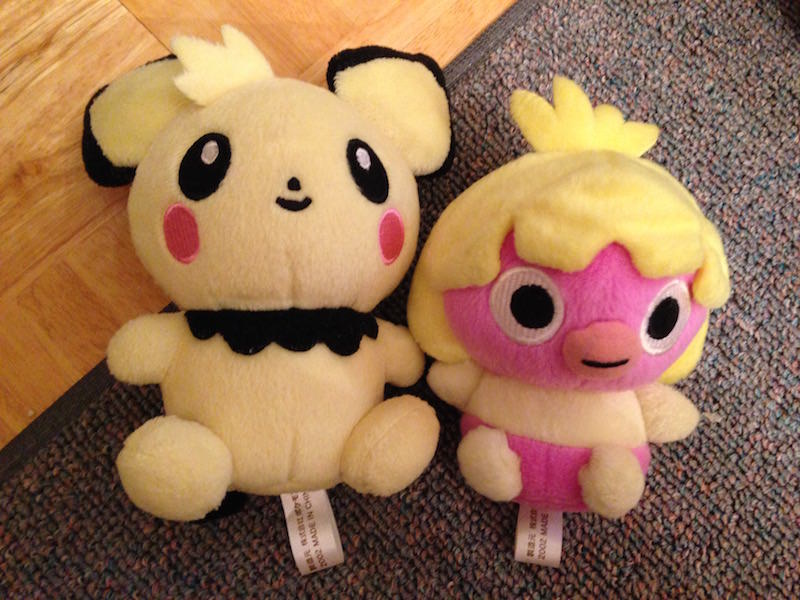 Odd how these two pokedolls came out in the same year, but Smoochum is smol. Very smol. 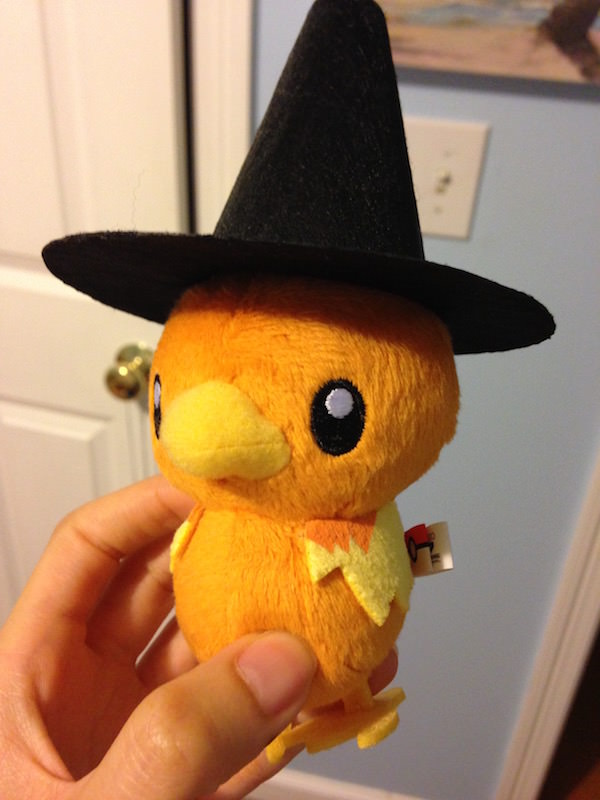 Here, have a baby fire chick in a witch hat for the occasion. 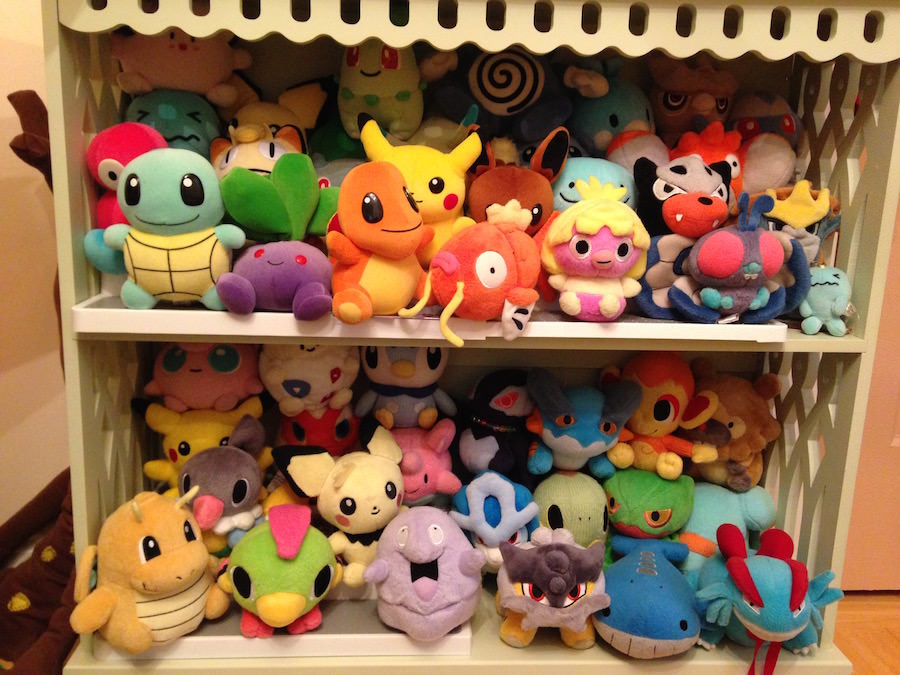 With that said and done, I have only 2 pokedolls left, and they happen to be the rarest in existence: the Meowth pokedoll and Clefairy Pokedoll. I sometimes dream of them showing up at work, but odds of that happening are low xD; I do have to make progress with the plushplush too (got 5 left to get), but I bide my time with them. 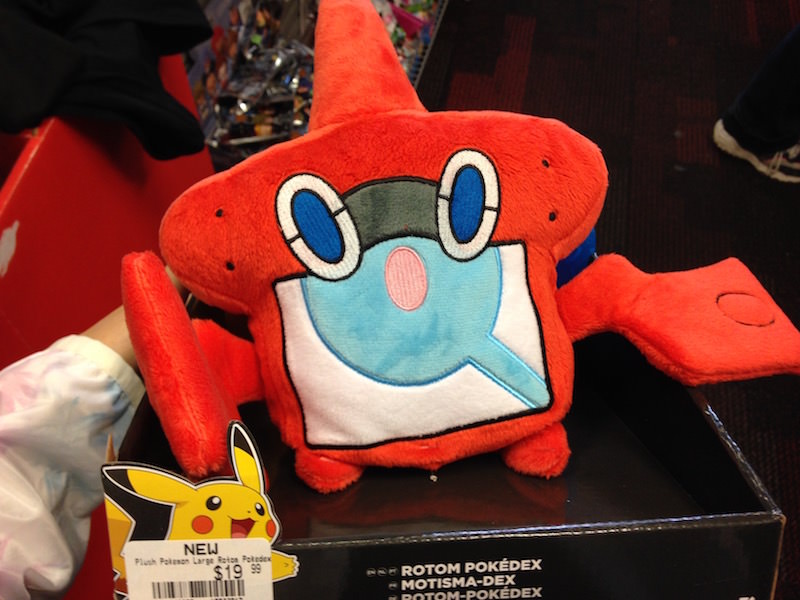 Rotomdex from gamestop. A friend went to gamestop on a whim to preorder a game, and I saw this guy <3 I saw pics of the Alolan Raichu and Dratini, but none of this guy, so it was a pleasent surprise! 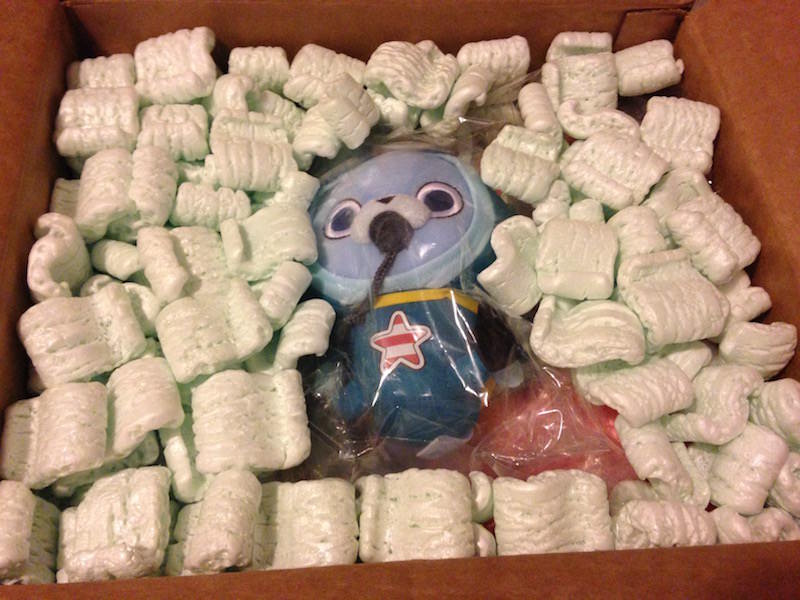 Next is a box of gets from my middleman! 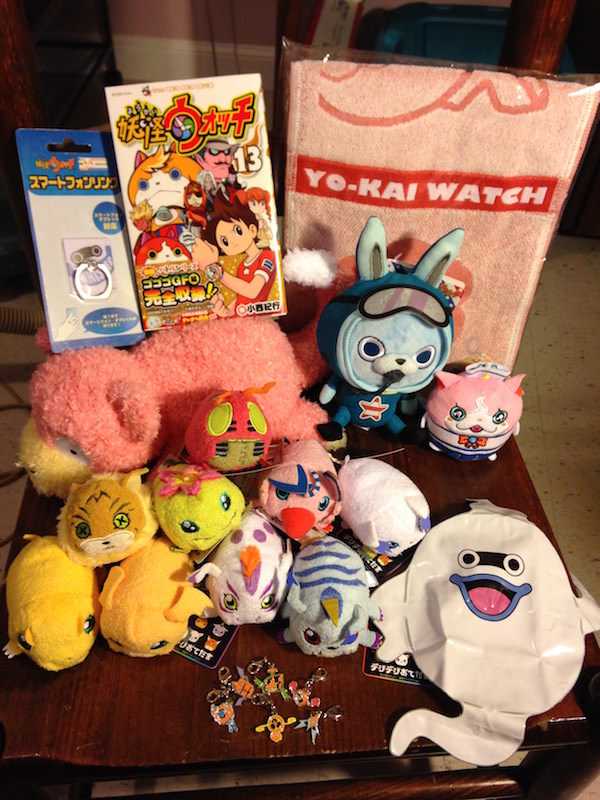 With everything inside. Finally got my last mokomoko and rotom charms. 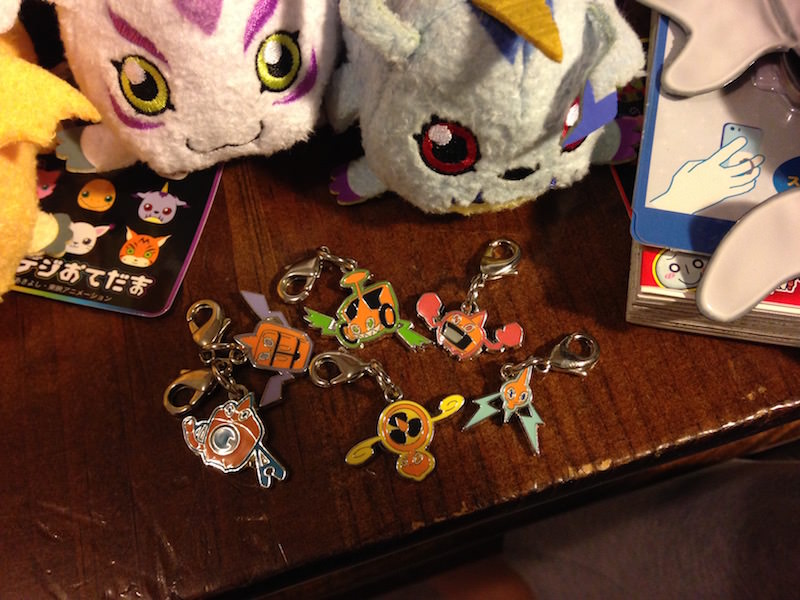 I've held off on these for a while, since I wanted them out of the package for display reasons, and I'm running out of space on the rotom shelf. 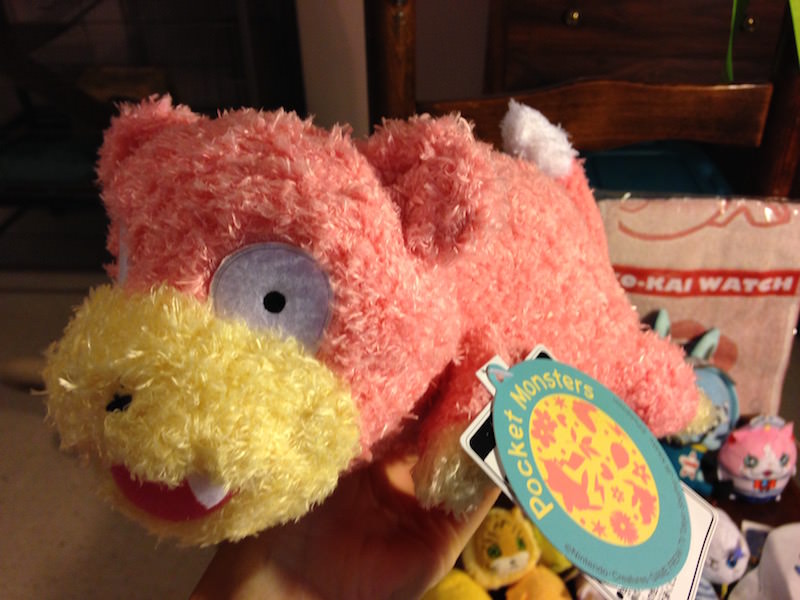 Look at this fuzzy derpface. Why was his and Psyducks' release quiet? 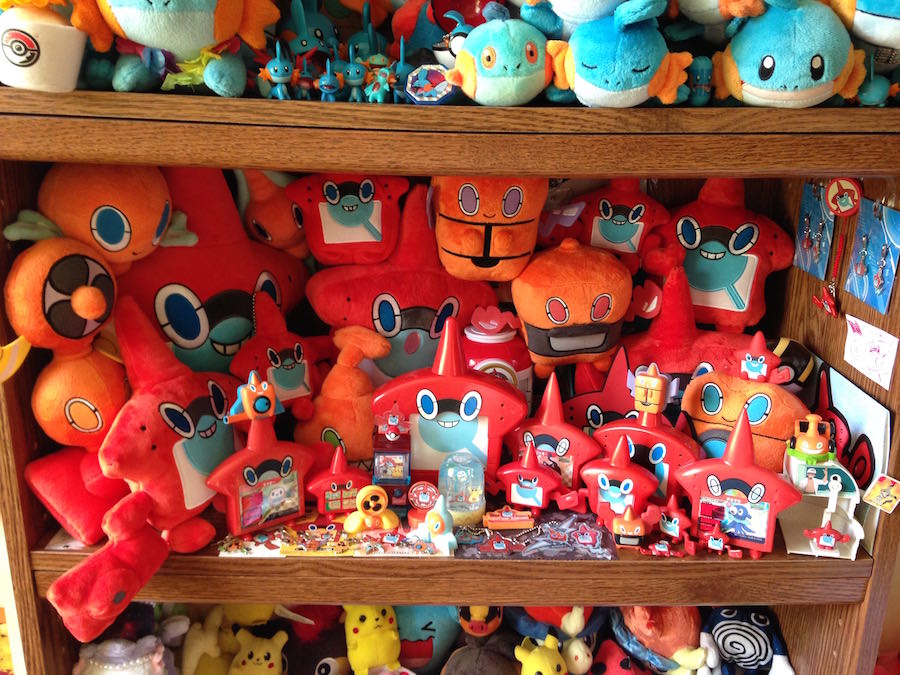 There's still more rotomdex stuff I wanna get too, but now I have to be concerned about space.

I didn't expect him to get this much merch released! 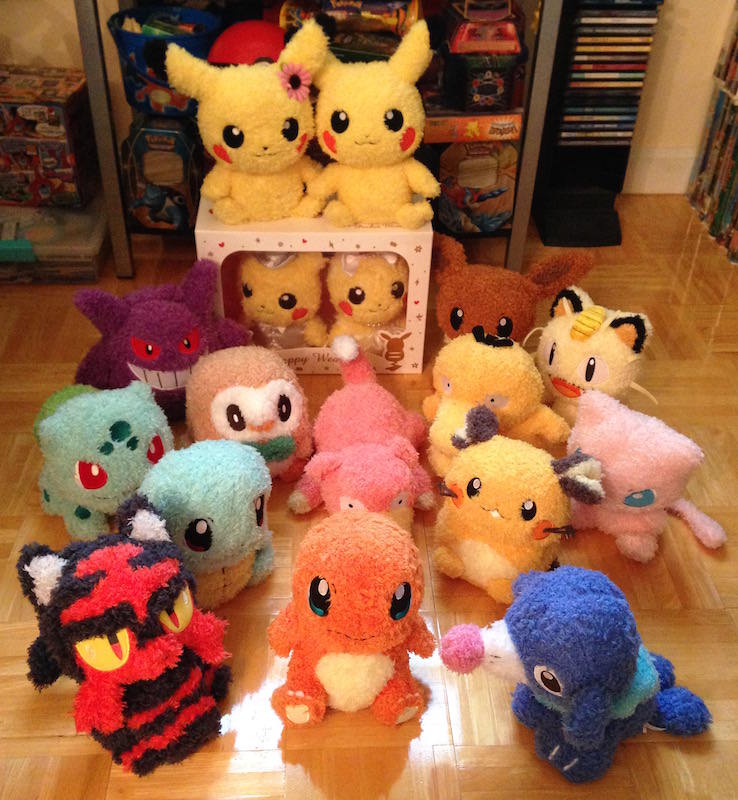 Finally a complete mokomoko set! I hope they release more pokemon in the future. I really love this line. 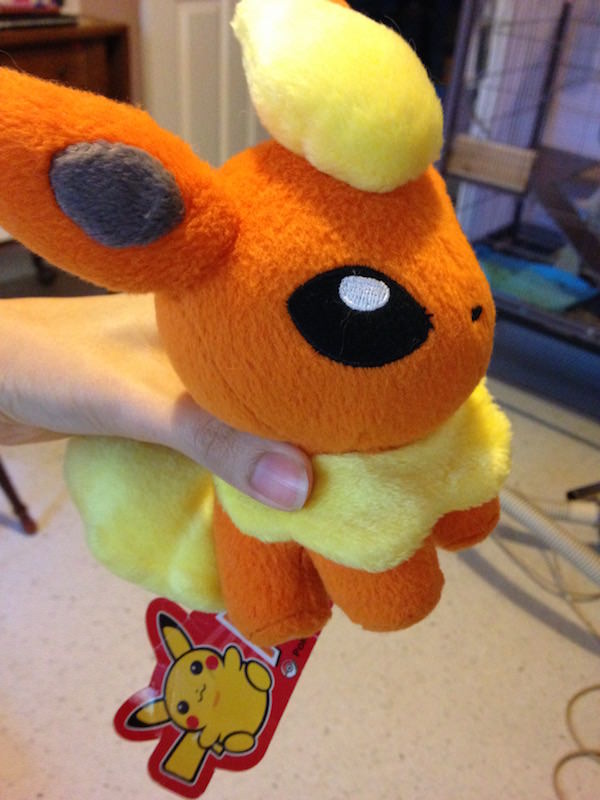 On ebay I BIN'd was was picutred to be a jakks throw eevee plush, but I was sent a Flareon pokedoll. I did return him and got a refund.

I'm just dissappointed that I didn't get the eevee throw plush. 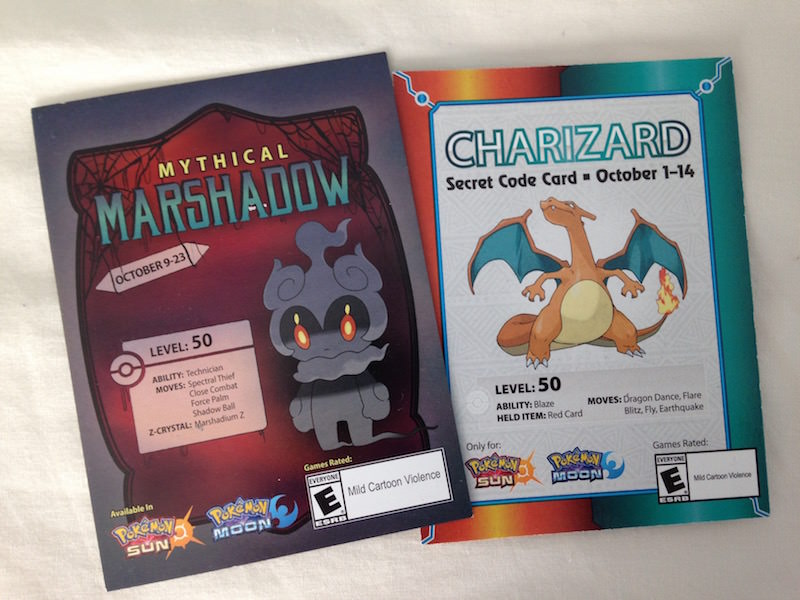 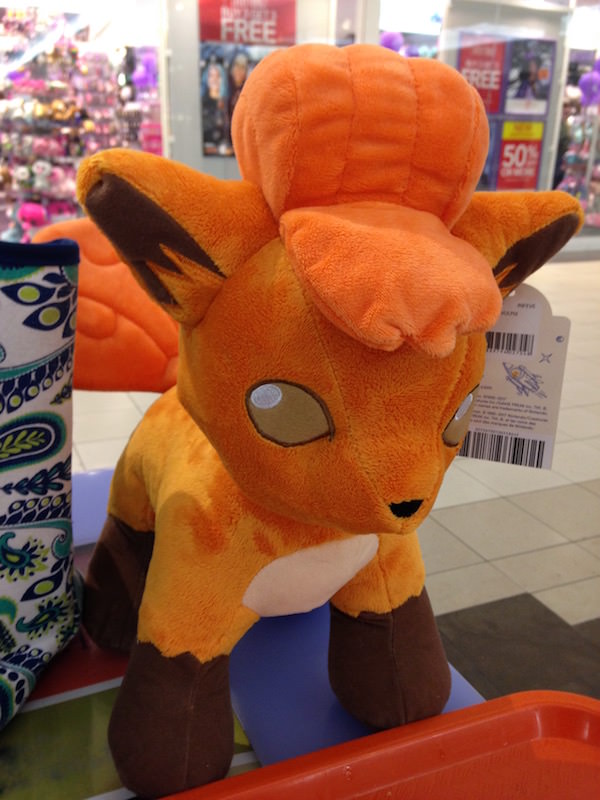 I caved and got her. D: She's better in person.

At first in her release images I was put off by her thick legs. 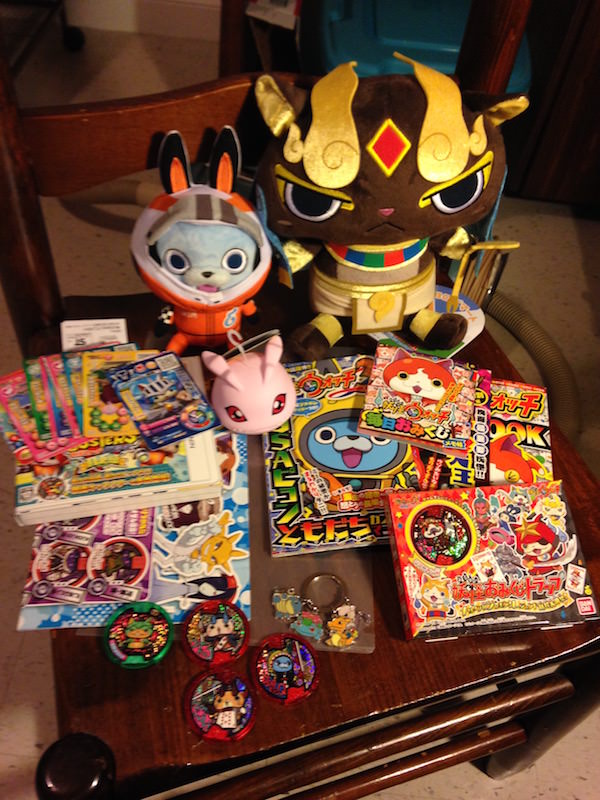 More gets from my middleman! 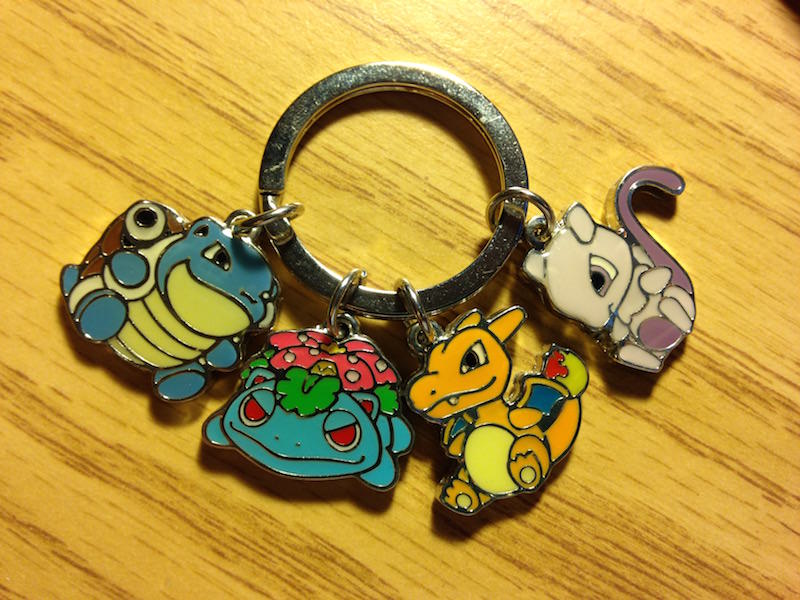 Pokedoll charms! I did get them by accident, thinking they were charms from an older release. Oops. 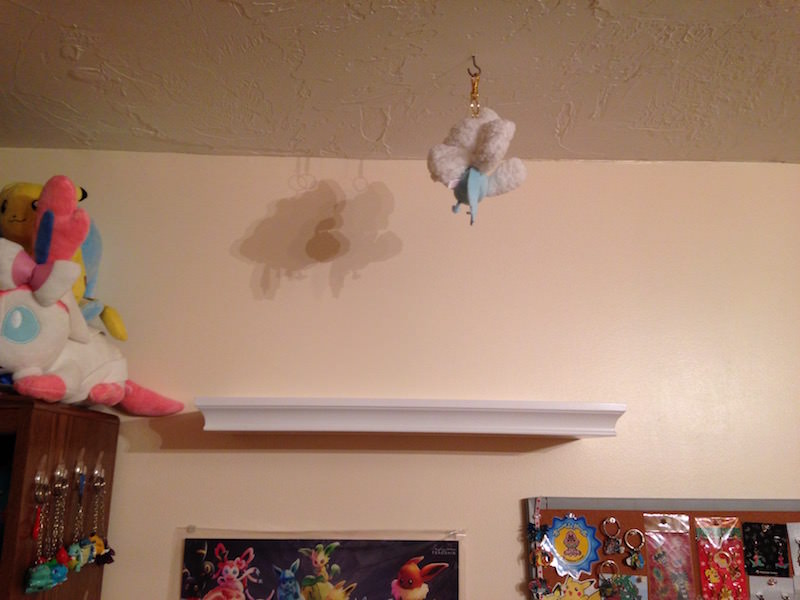 I decided to get a new floating shelf for display. I had a difficult decision for it to either be vulpix line themed or shiny pokemon.

First I tried the shiny pokemon, but shiny mega Metagross kept sliding off the edge with his huge arms, taking the rest of the shinies down with him. :p 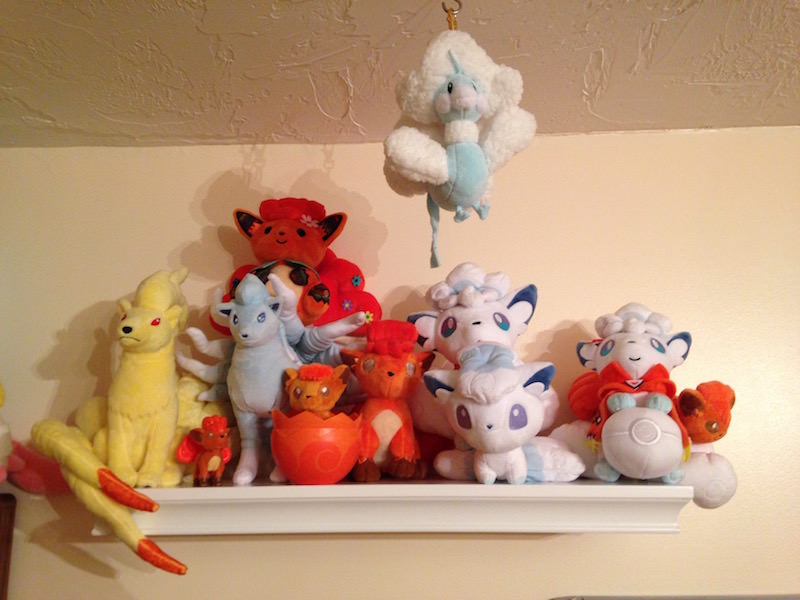 So the theme was Vulpix Line. This isn't all of the Vulpix plush I have neither. I have the ponch-chus, the tomy plush, canvas, and others on the way.

I'm gonna have to get another shelf for the rest. 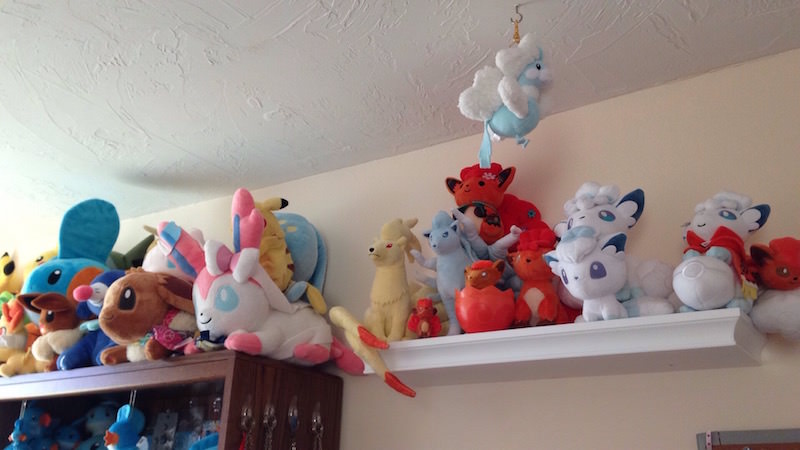 Looks great in the sunlight. 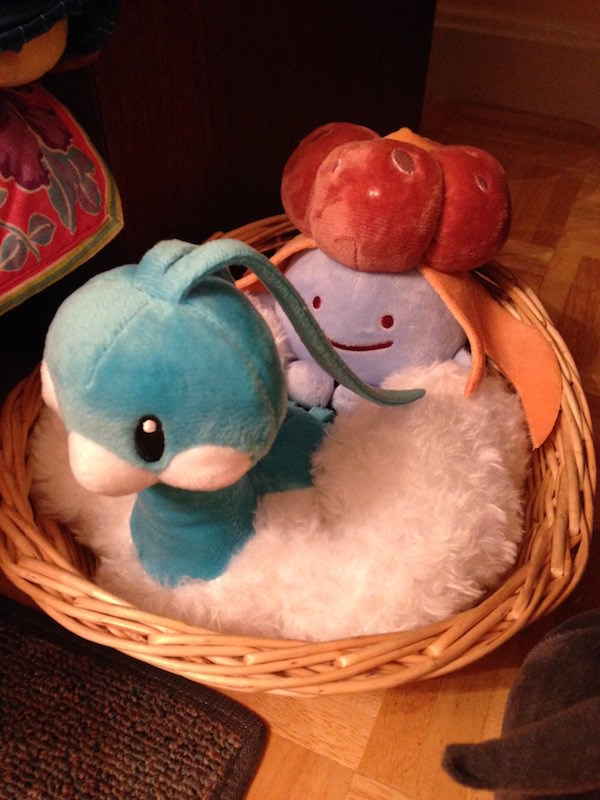 Now time for work gets! 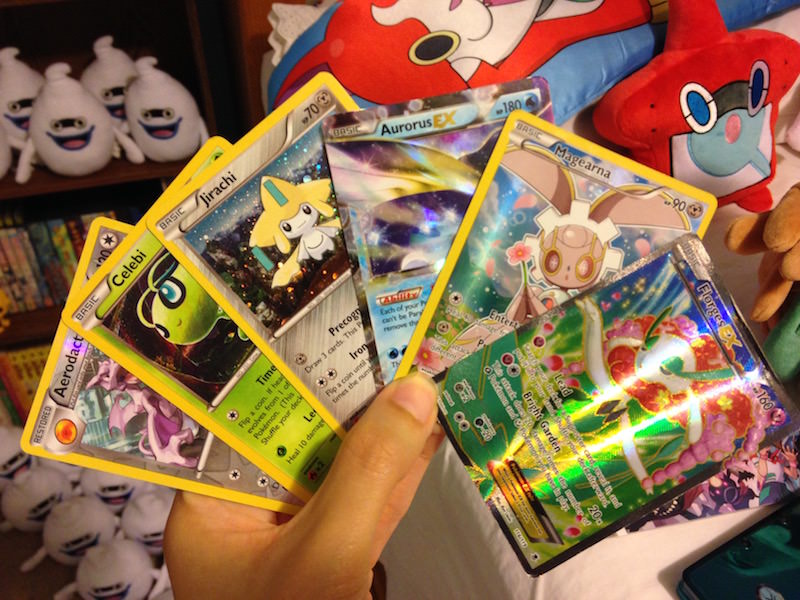 Cards, I was shocked to see all the full arts. 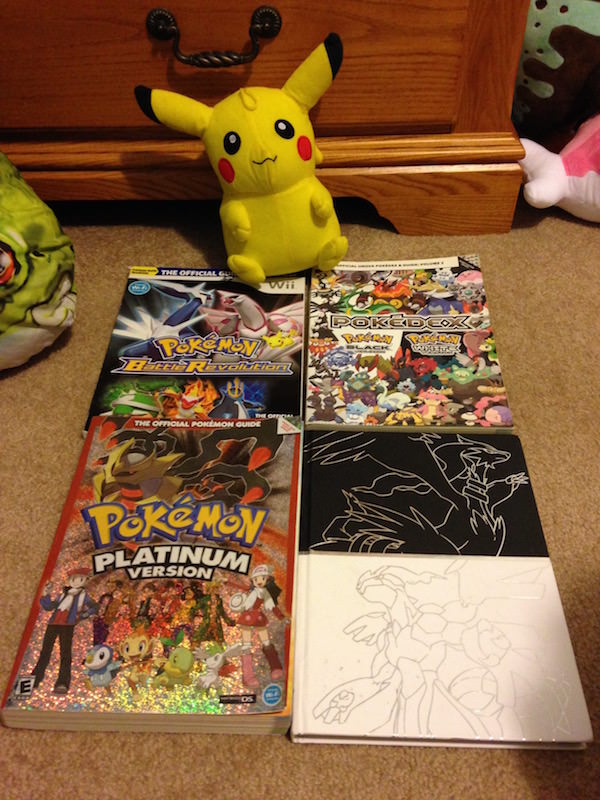 Game guides. I have two of these in my sales post. 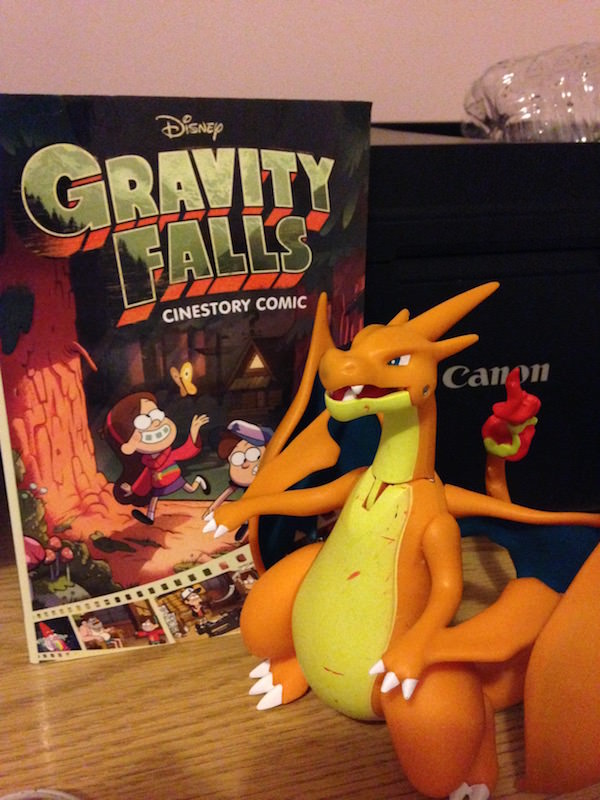 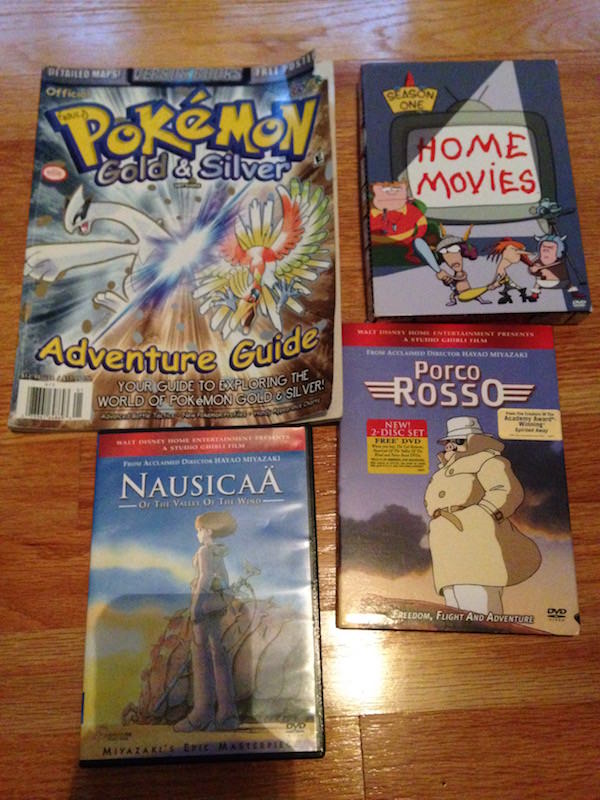 I was shocked to see a Gen 2 game guide for the original G/S days :O 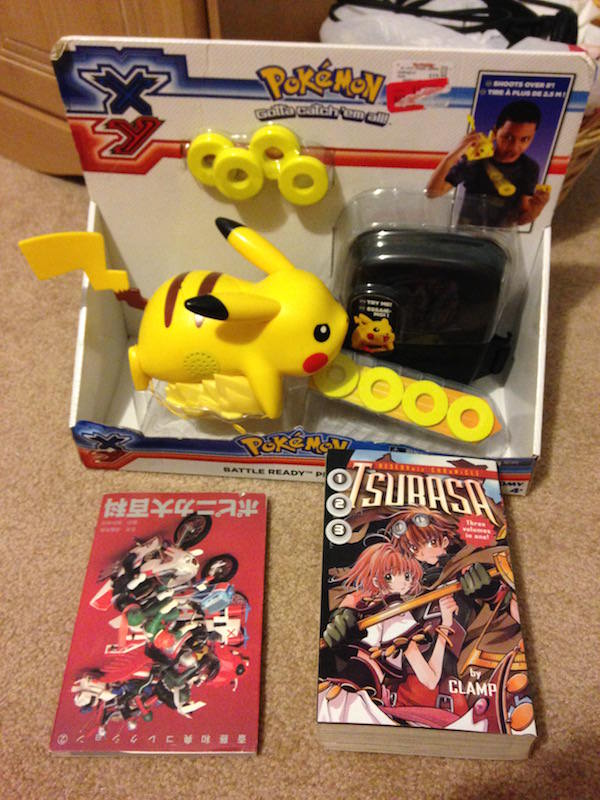 A MIB pikachu thunderbolt launcher! I took him out to test. He's perf!

Well, that ends this collection update. I have a bunch more pokemon things arriving for a later post.