Collection Update and Some Sales

I had been so broke in college that I only purchased a handful of things, but nothing that was off my wants list. But now that I have a paycheck coming in twice a month I have been investing in some new additions!

Here is a collection over shot! Lets get started! 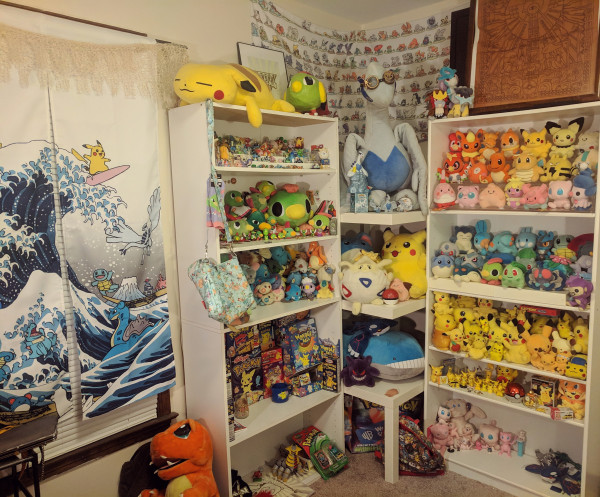 miss_fuu_chan sold me the Pokedoll I have sought after for several years, the Smoochum Pokedoll! I also went ahead and got another most wanted grail from her, Spheal. It was a pretty penny, but their cuteness is worth every dime. Thanks again!! 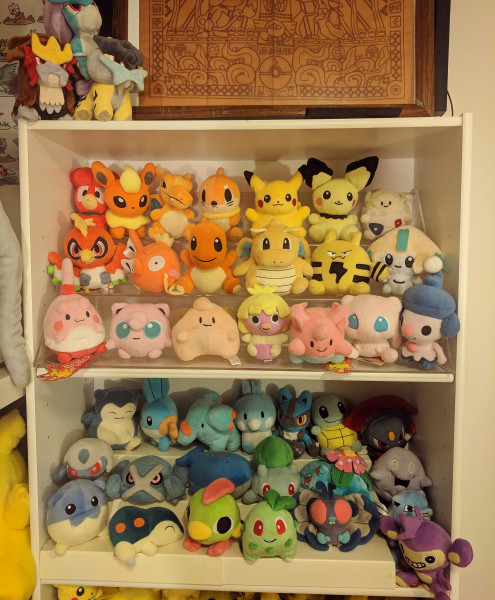 Pokedoll overshot! New addtions include Smoochum, Spheal, Ho-Oh, Aipom, Absol, Magikarp, Happiny, and Elekid. I have knocked quite a few off my wants list! Lugia currently wearing steampunk goggles for Halloween. New gets are Tomy Cleffa and Tomy Pikachu. I plan on collecting older Tomy plush in the future. Pikachus. Got the cuter perfume bottle recently, a minky 2011 Pikachu Pokedoll, as well as some other random stuff from Goodwill. Nothing new to food collection. Some new Hasbro plush up there. And the amazing PCNY shirt!! Don't think I have added to my Natu/Xatu collection. There really is not much more I need to complete it. I plan on getting a custom mini Natu Pokedoll done. I also heard that there are the vintage marbles that were released under Johto Pokemon, which means there are a Natu and Xatu marble somewhere around. Would love to get my hands on them! Another over head shot. Its getting to be a big collection :)

I am also selling some extra Pokedolls I got in a lot. I am open for traders or to do trades off my Pokedoll want list which I will list below

I was granted Sales Permission by

dewott in Sept. 2012
Feedback here
Ship from Virginia, United States.
Shipping starts at $3 in the US.
I will ship outside the United States, but be prepared to pay extra for shipping.
I may be a slow shipper but I am always attentive to keeping in contact with you. I just had surgery so can't drive at the moment have to rely on my boyfriend taking me to post office.
I accept Paypal and Facebook Pay.
No banned folk.
These are cross-posted Found these very similar ghost trio shirts from two different goodwills a week apart from each other. The right one is a medium and the left isn't labled but looks like a large to me. Mens tee cut. $20 each. 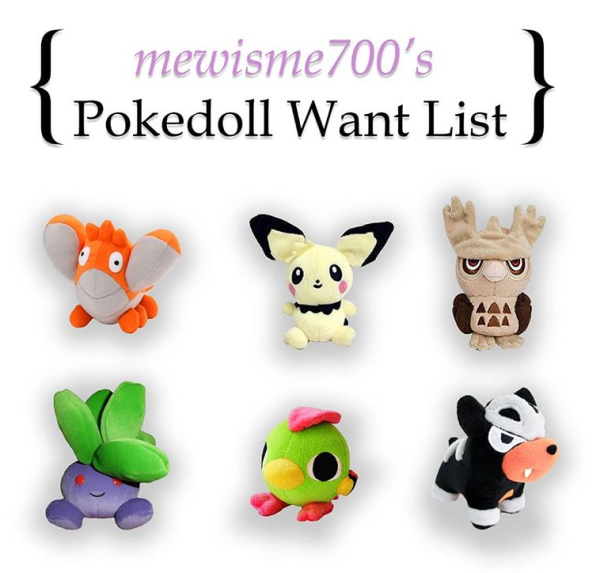 Natu is the 2002 release. Houndour and Oddish I have owned in the past but would like to own again! Especially the custest little turnip ever!


Okay last but not least, a huge announcement! I am now officially the owner the the domain Pokemoncenternewyork.com! I am so excited that I could create this website for you guys. I have spent countless hours making sure that it is perfect and loaded with as much information that I could find. I have a small update coming so I will post next time I get it out. As always, I am looking for more merchandise pictures and pictures/video from inside the Pokemon Center to use on the site. I am also accpeting donations to pay for the site. I am working on getting ads on it, but Google is being difficult haha. Please check it out if you have not already. The history of the Pokemon Center New York!