I need help to identify a Palkia figure :c

Hello, I've decided I want to collect some of Palkia's figures, but I wanna start with the big ones recently. I already have on the way both the 7" standard Jakks, electronic Jakks, standard and shiny Banpresto DX soft vinyl figures, and the TOMY Sofubi figure. But I've searched everywhere and cand find any other picture of this guy circled in red in the following pictures. I know for sure it's none of the ones I already mentioned. I know there's another bigger Banpresto figure out there but the one circled can't be it since the wing colors are different. Any help is really appreciated. For reference, second biggest figure in the pictures is the TOMY Sofubi, third biggest is the Banpresto DX. 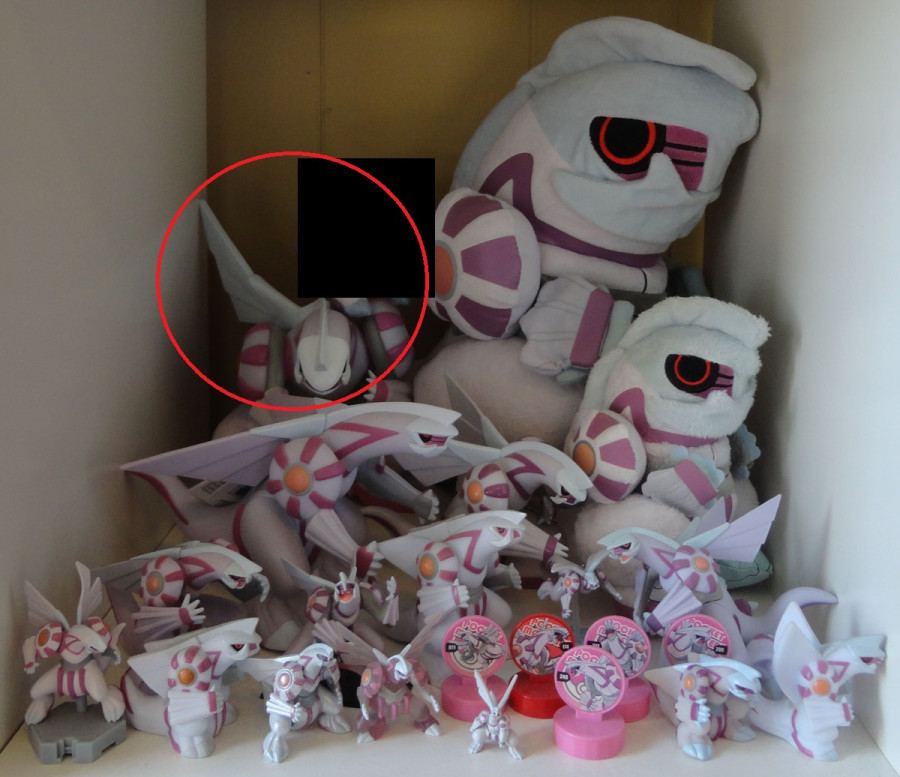 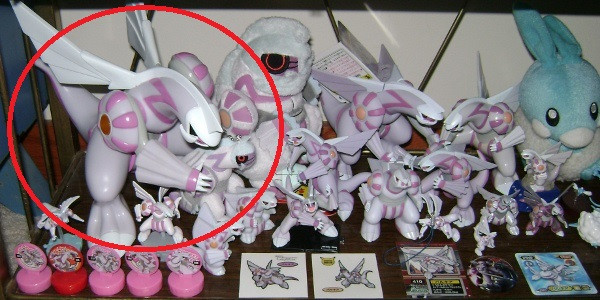