The most recent gets and a few grails!

So, almost all of my packages have arrived! I surely didn't expect to get this much stuff this time but I found some really good things. I have a few of my grails here too! I'm super excited to share these. I'm not going to to share photos of everything because I seriously did not expect the Banpresto UFO Litten to be that big. All of my other Banpresto plushies are tiny so it was a surprise when I opened the box today. Also got another Banpresto UFO Litten and TOMY Suyasuya Friend plush. Also got TOMY Espeon and Umbreon PitaPokés. I really like these so I maybe have to get other Eevelutions too ^^'... 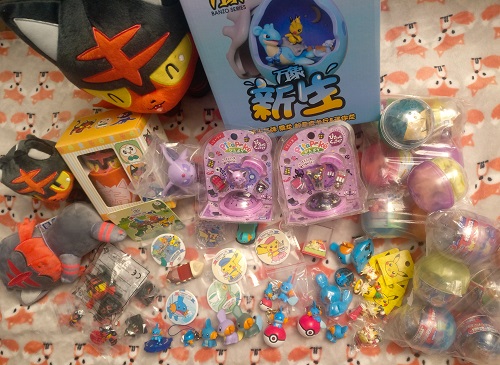 All the other pictures are under the cut! 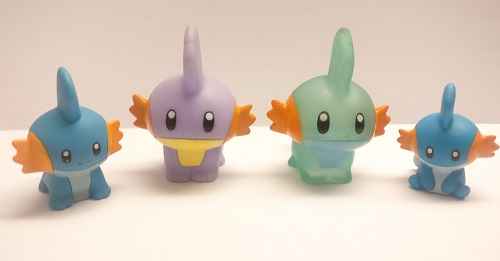 So I finally got one of those shiny Mudkip kids. I'm also getting the laying/happy shiny Mudkip. Also got the clear Mudkip finally. Now the only kid figure I'm still missing is the laying/happy figure. After some research and translating some Japanese, I think the first figure (in the picture) is 2003 Banpresto prize. But I'm not 100% sure about that, but it's a bit smaller than kids figures. The last one is bath bomb/salt figure. 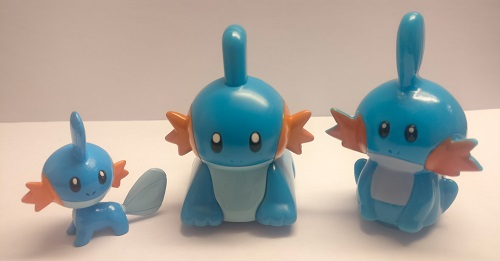 The first one is Yujin mini bobblehead figure. The second one is some sort of a pullback car. Don't know much about it because there is no year mentioned or much else. The last one is so weird. I have never seen it before and it has no text on it. I guess it's a bootie or some sort of a sukui doll? The base of the figure looks the same as in the other Mudkip sukui doll. But still, it looks so weird :D 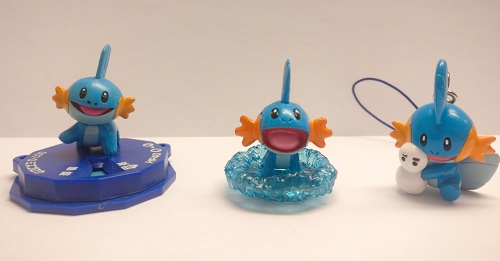 I don't know much about the first figure. I have never seen this Mudkip before but I guess it's pretty old? I really like it's pose. The second one is probably some chocolate egg toy and the last one is a Bandai charm that I really wanted to get and finally found it! 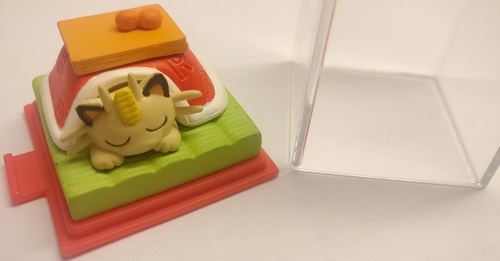 I don't really collect Meowth but it was my favourite Pokemon when I was growing up. I found a few of these regional keychains/charms. These are really cute and I like how they are all really different. Also got an acrylic case figure - Meowth sleeping under a kotatsu. Really, really cute but I didn't realise how small this was when I bought it! 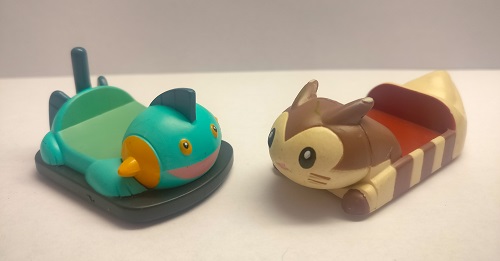 Does anyone know anything about these pull back (?) cars? I only found the Marshtomp once in Mercari and it said something about those being sold with Moncolle figures. Those are 2003 TOMY releases. That's all I could find. Furret needs a bit cleaning but they seem to be in good condition. 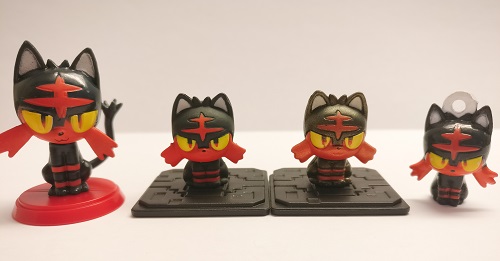 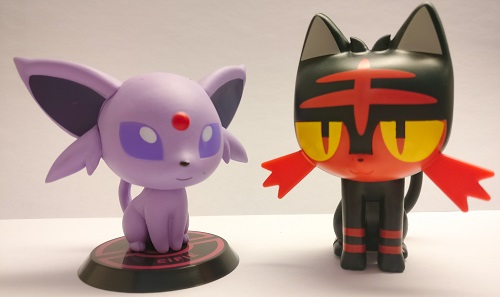 I didn't really have that many Litten figures so I decided to get normal and perly TOMY Moncolle get figures. Had no idea (once again :D) that these were so tiny! Also got choco egg figure and bath bomb figure. I really want to also get Litten sukui doll. Already found one but I have done way too much shopping lately -____-  I already have McDonalds Happy Meal toy so I decided to get a Jollibee toy also. Finally I managed to find a Banpresto 2013 UFO catcher Espeon. I really like the look of these Kyun Chara figures. 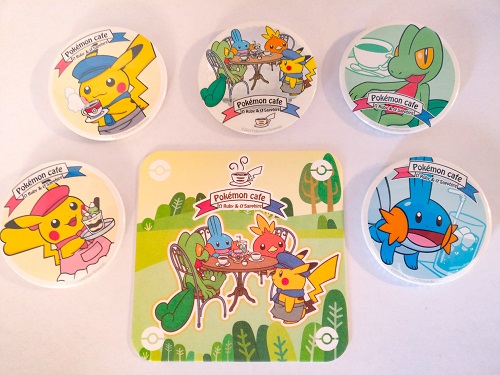 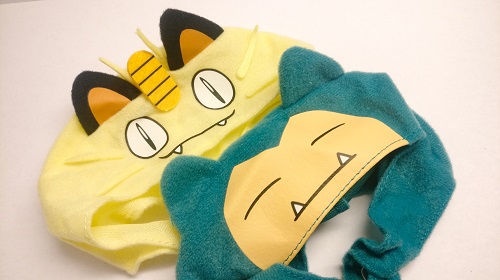 I don't really collect Pokemon Cafe merch either but when I saw the Mudkip badge, I had to get a set of those. Also wanted that cute coaster. I expected these to be tiny badges but they are quite big as you can see. I have to admit... I buy way too many cat hats :D I really had to get a few Pokemon ones too. These look really good so I may buy the other ones too. 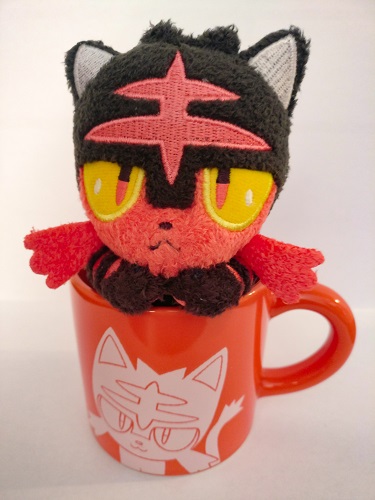 FINALLY I got this 2017 lucky bag Litten mug. It was very reasonable priced so as soon as I saw it on Mercari, I had to get it. It had never been opened before so it's in good condition. I was so afraid that it would get broken but I guess the box protected it a bit more. The keychain plush is so fluffy and cute! 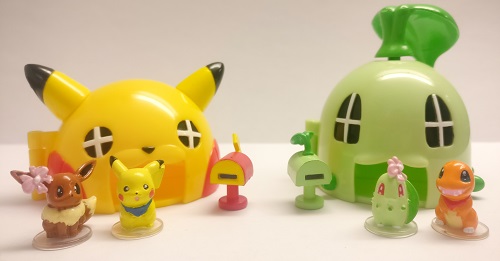 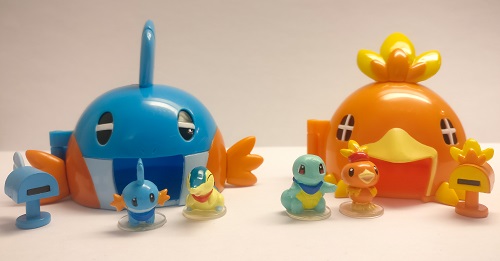 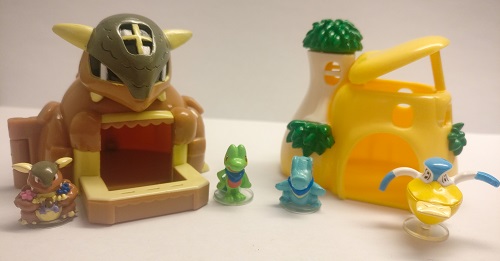 Okay, so, these are my grails. I really love Mystery Dungeon. I have been looking for these quite a while and managed to get UNOPENED set of these. It was extremely nerve wracking to put these pieces together. As you can probably see, some pieces aren't properly attached to the houses... But I'm super scared that I'll break these things -___- Still need to put the stickers on the floor of those houses. I also probably need to get some sort of acrylic case for these. Those figures are so tiny! 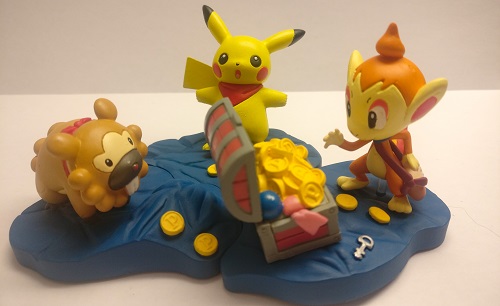 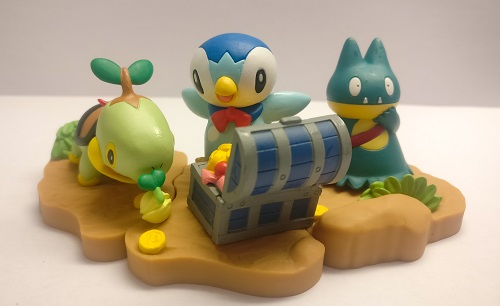 Also, another grail and Mystery Dungeon again! :D I really wanted to get these sets too and I love the way these look. These were also unopened! Putting things together wasn't as nerve wracking but I almost lost one of those really tiny clear pegs... I'm so happy that I finally have full sets of Mystery Dungeon gashapon. These probably also need an acrylic case. 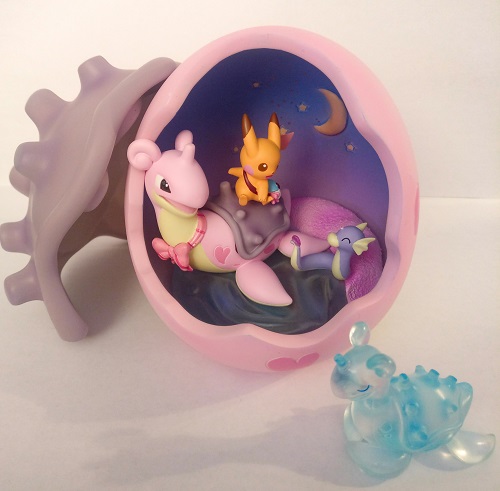 Okay, this wasn't actually a grail but when I found out about it, I seriously had to get this. There were 3 colors - normal, shiny and this special edition pink. I don't collect Lapras but seriously, this is the cutest thing ever! Very heavy and well made. My pictures don't show the real beauty of this. There are also some other Pokemon in this collection like Gengar, Mimikyu, Eeveelutions, Slowpoke, (Alola and Kanto) Vulpix and Kanto starters. I might even get a few others too because I'm really impressed by the quality of this. I also got this cute art card with it! 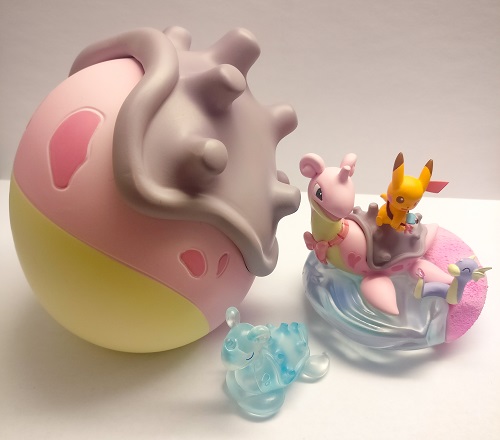 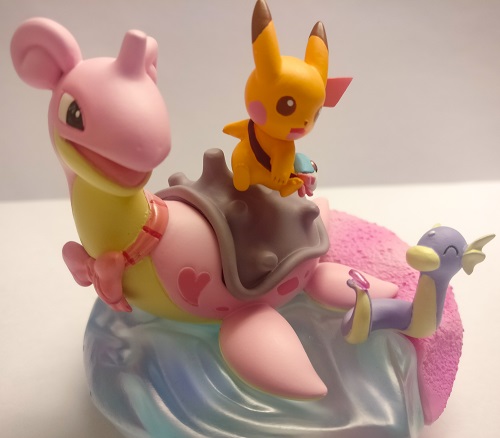 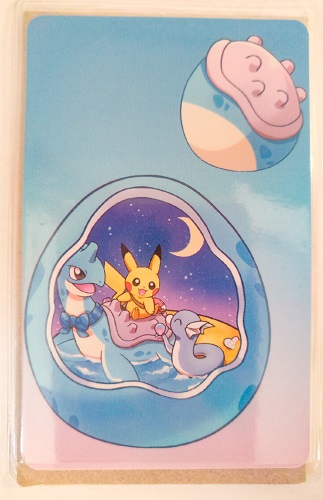