Hi all! It's been a hot minute since I last posted. I've gotten a few new items, mostly trying to rebuild my Arceus collection lmao 3/4 of my collection is still packed away, as I moved states in June. We finally moved out of the apartment and into a house ! The rest of the collection in that room are my 1/200 airliners which kinda have a bigger priority over my Pokemon lmao I eventually plan to get wall units to display my large plush and figures. Until then. they're in boxes in the basement. 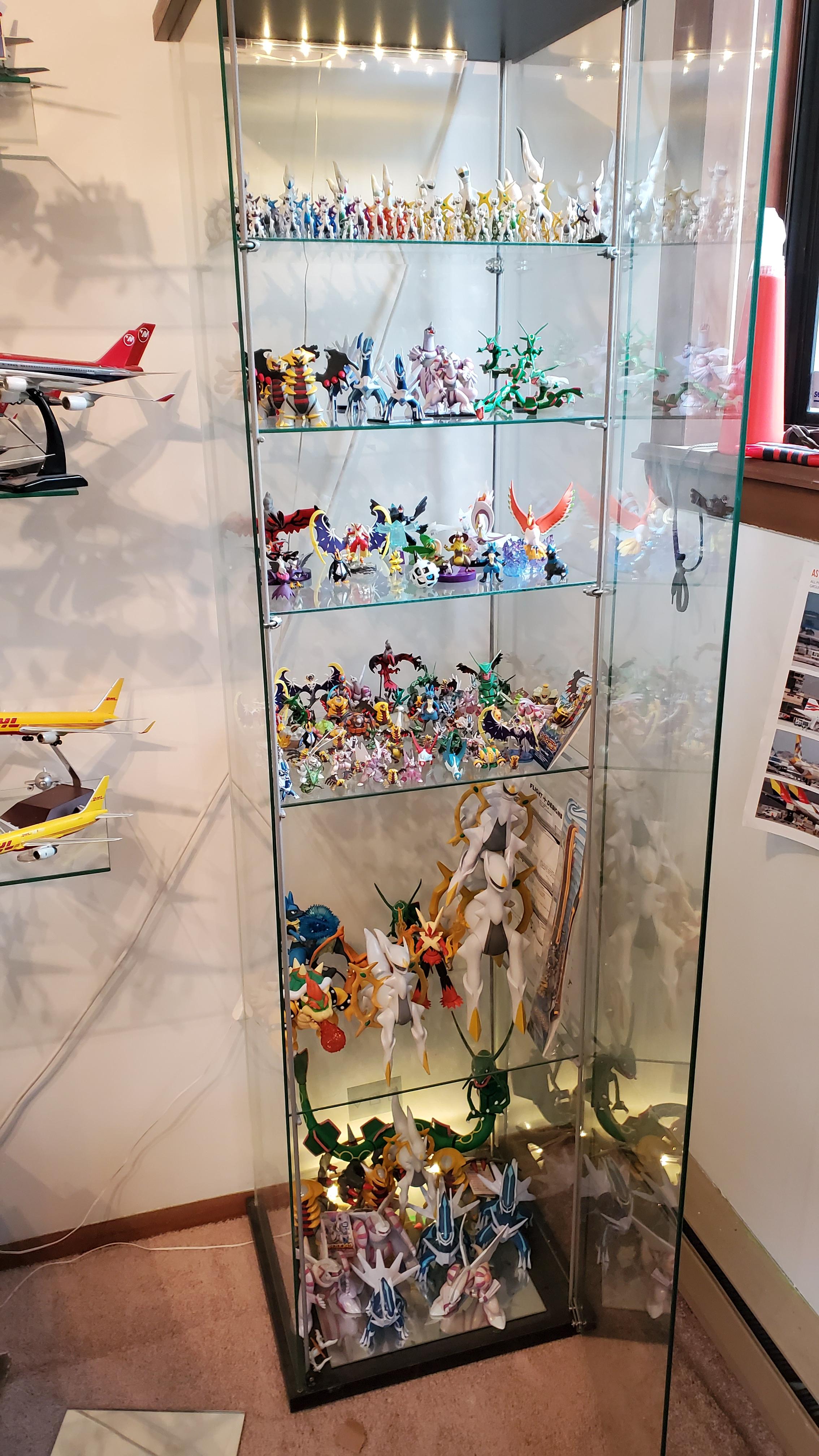 This is what I'm currently limited to. I've added extra shelves to accomodate my Arceus and other zukan. I need to add more sometime. 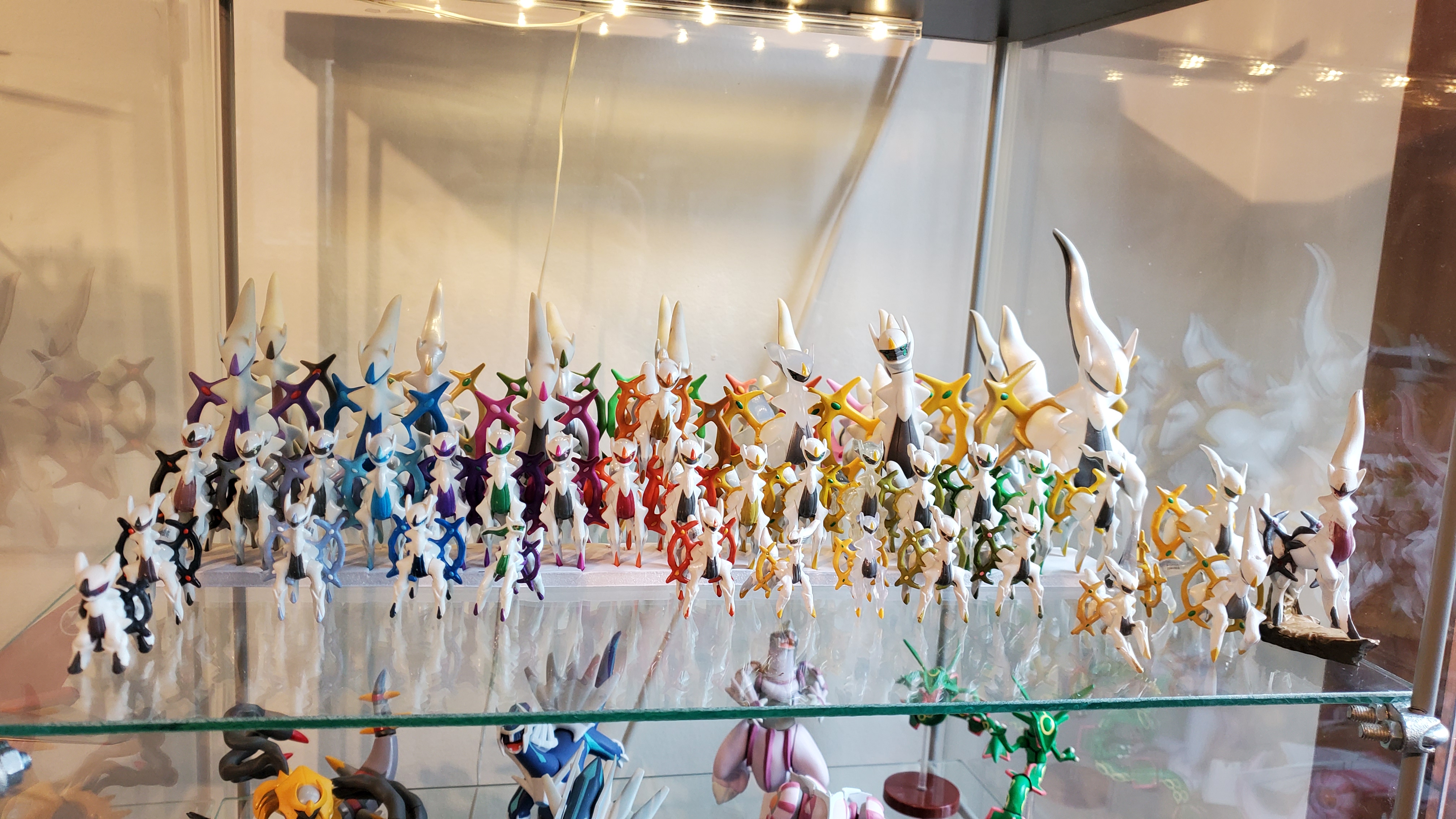 Here's a closeup of my Arceus. I don't need too many more Tomy (or Zukan, for that matter). I'll have the list of ones I need at the end !! I tried to organize them by colour. Then i found the rock plate on the floor :^))) So I just threw it on top of the others. I just got the water, poison, ghost, and ground plate zukan in today. The custom fairy plate is hidden behind the large tomy 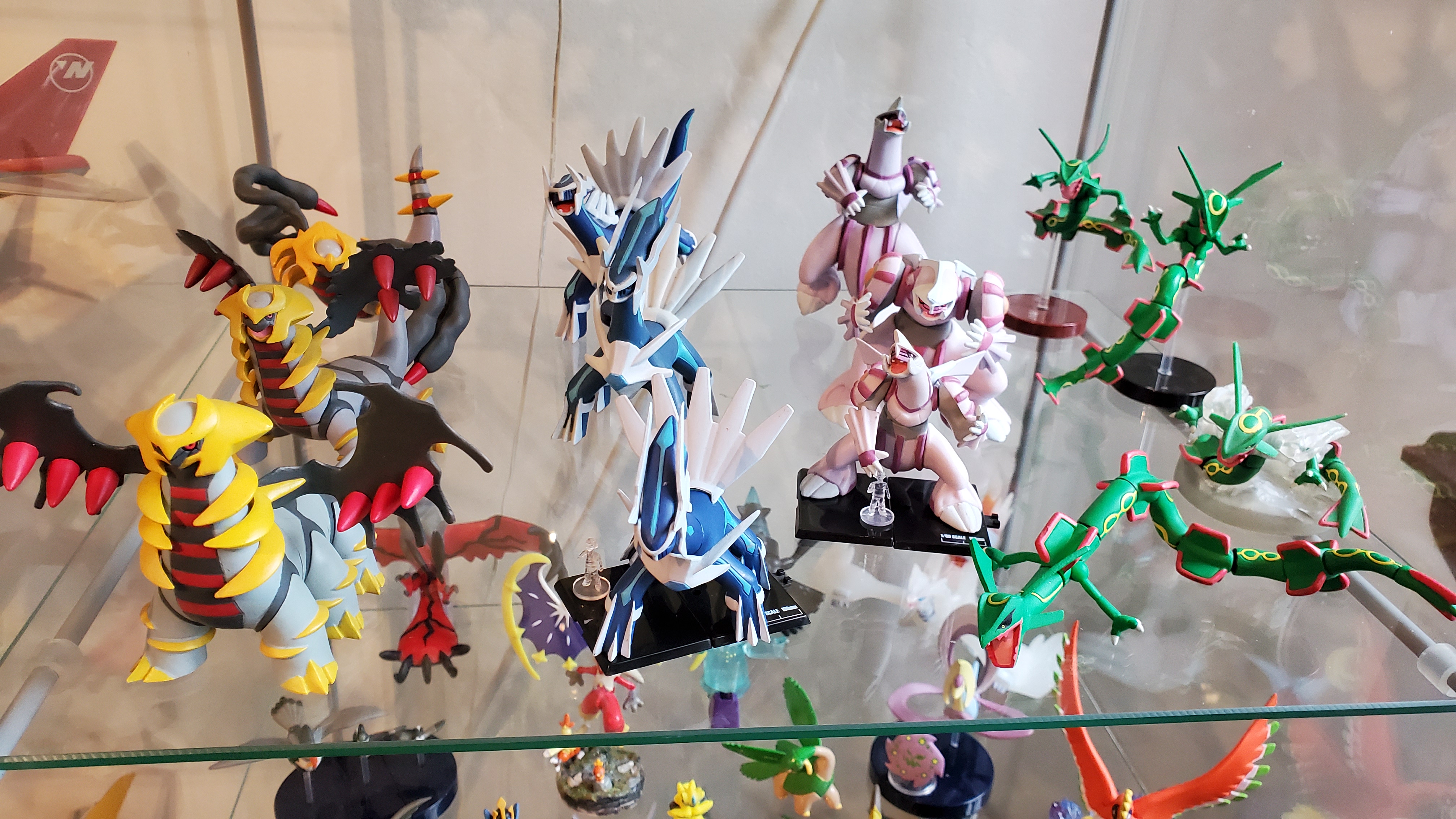 Sinnoh legends + Rayquaza zukan! I wanted these to have their own shelf bc they're probaby my faves out of them all. They need to make some more Giratina zukan 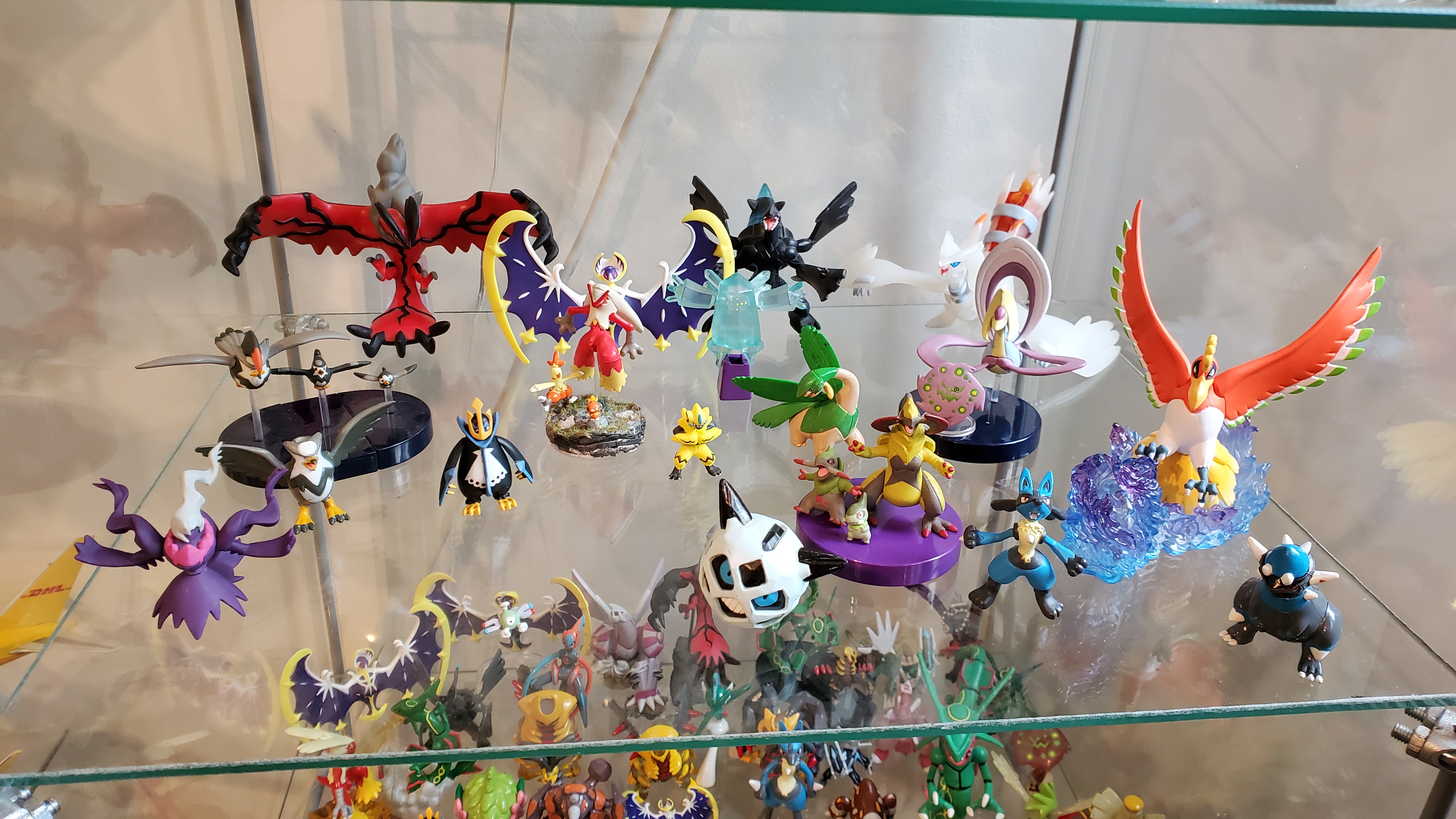 Other zukan. It's a mishmash, a few aren't true zukan but are zukan height (excluding Lucario, he's supposed to be one shelf down). I only collect my faves at this point. Some I stupidly sold when I sold my huge zukan collection, like my Dusknoir set. I'm looking for another, but they're all so pricey! I've been looking on Y!J but FJ shipping seems to have gone way up. 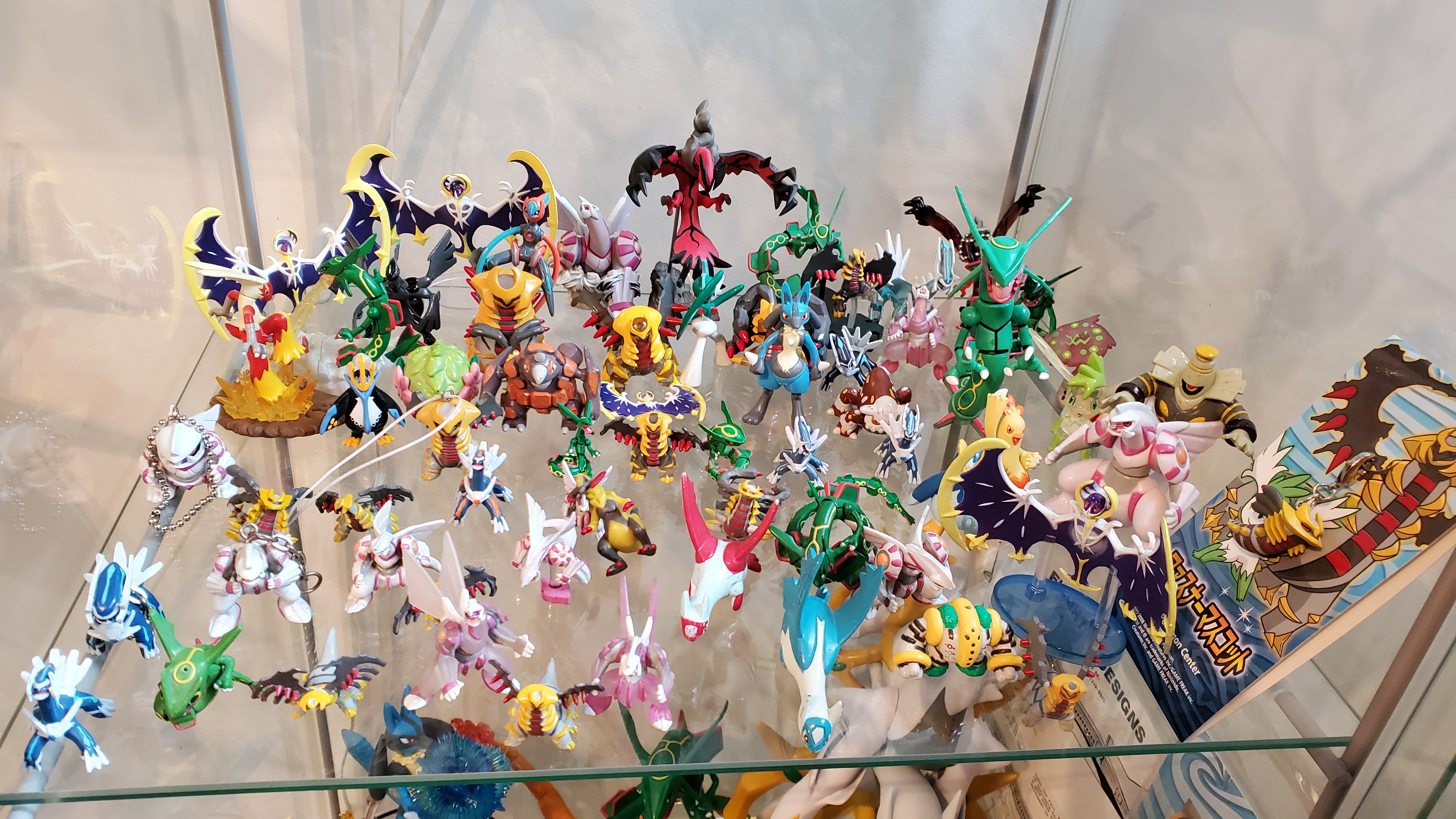 Tomys/chupa/keshipoke.etc. Lots of mixed stuff on this shelf. I tried to organize it by size and type, but it didn't quite fit right. My fave out of here is probably the poseable Palkia on the right. I didn't know it was poseable until I recieved it in the mail! The arms, elbows, legs, tail, and mid section all move. I'm not sure what brand it is, but I would love the Dialga equivelant. 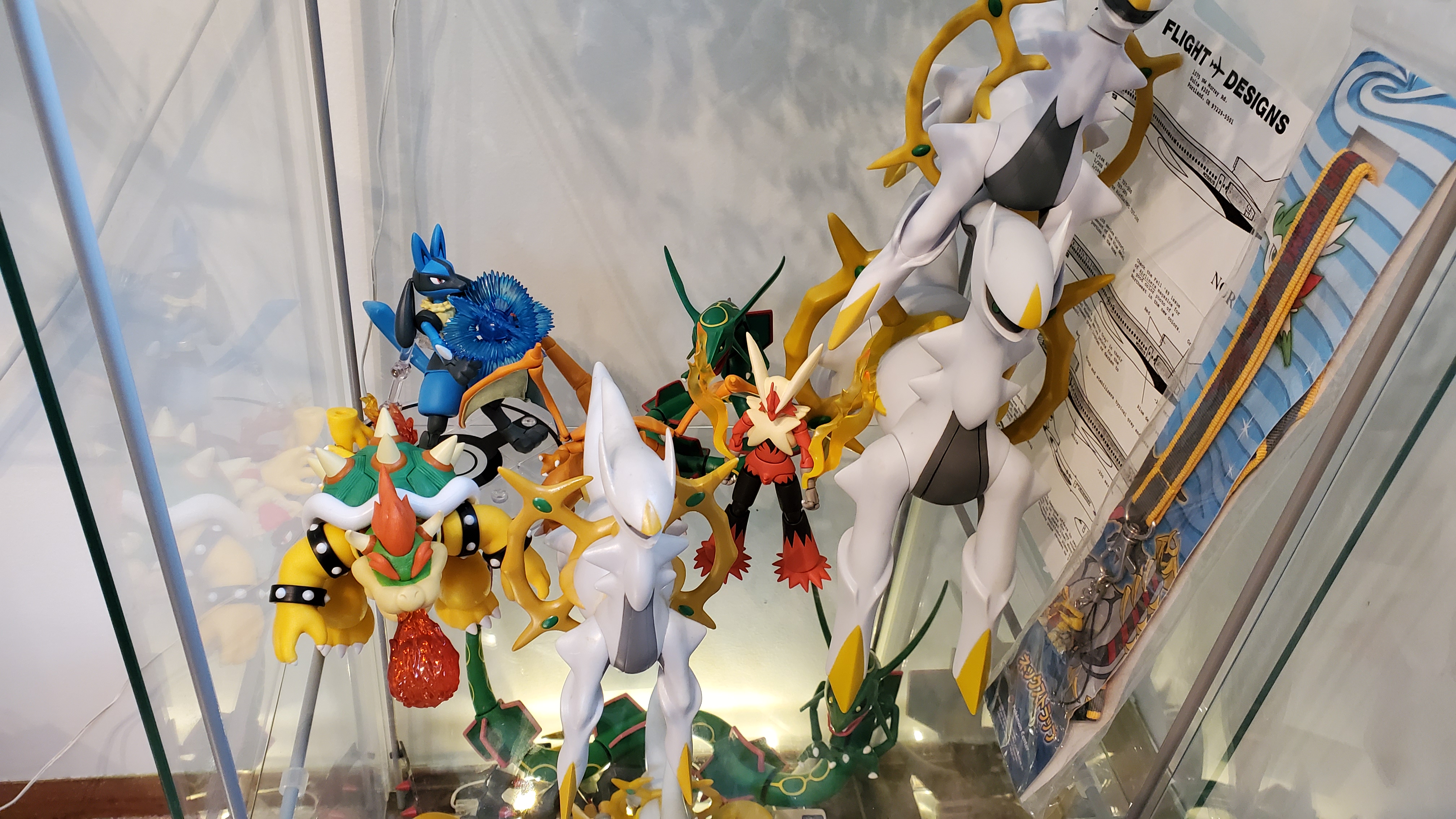 Medium sized stuff! This is the only shelf that the big Arceus could fit, as well as the giratina pokedoll figure. Bonus bowser figma, a figure I would have died for as a kid as he was always my #1 fave lmao 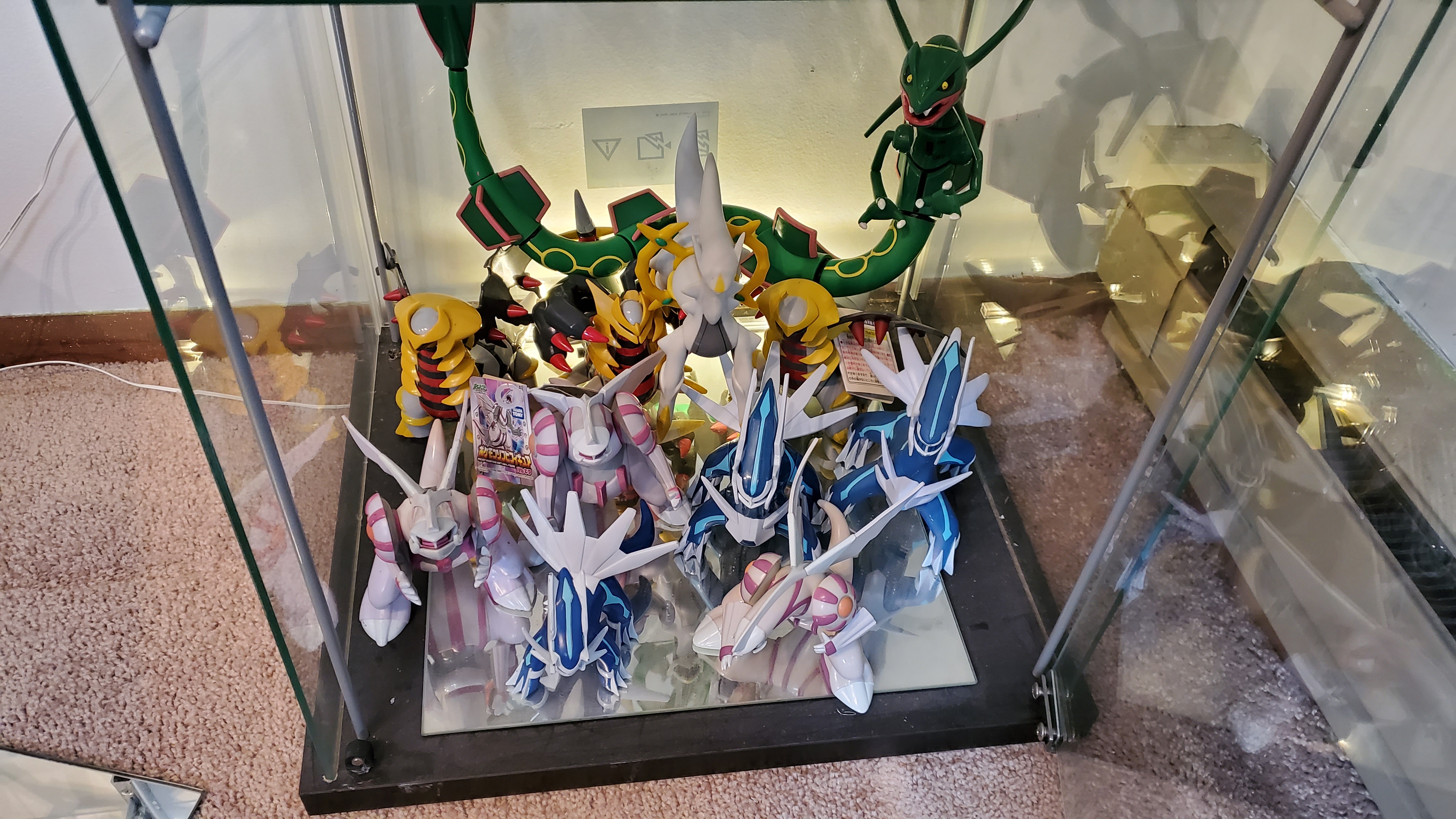 Other LargeBois™ ft my prized Rayquaza. I'm looking for another Palkia battle action figure. If anyone has one for grabs with the projectile, please DM me!

Well that's it for my current collection!! Hopefully next time I'll have a bigger update. Now onto the wants! 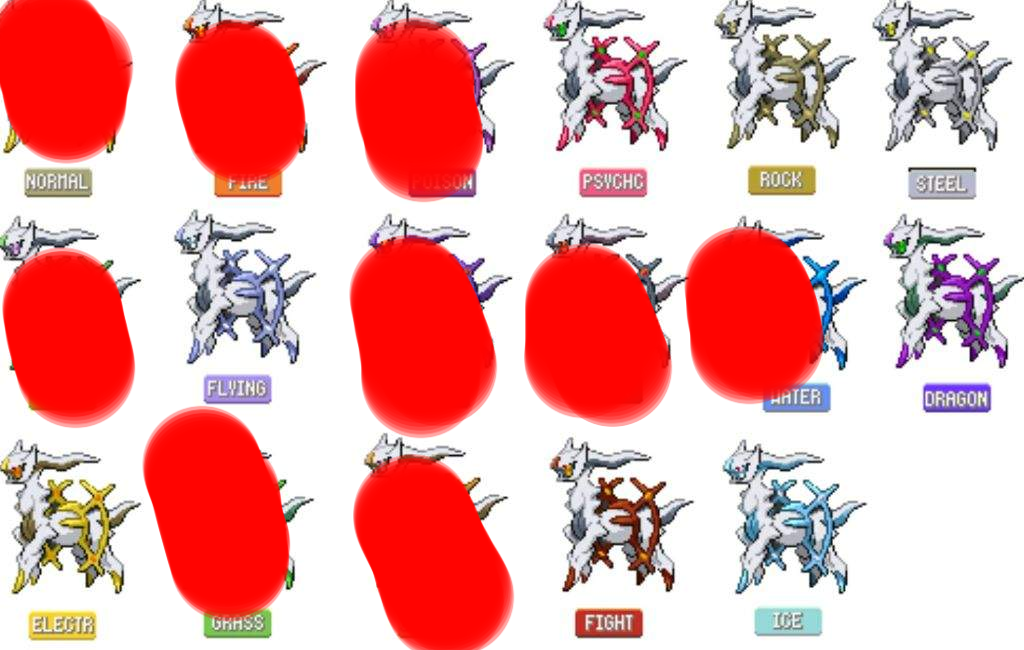 These zukan are my top priority right now, as I would like to finally complete the series :^) If you have any of the following for sale, please DM me!!
ZUKAN:
-Psychic
-Rock
-Steel
-Flying
-Electric
-Fight
-Ice
-Dragon 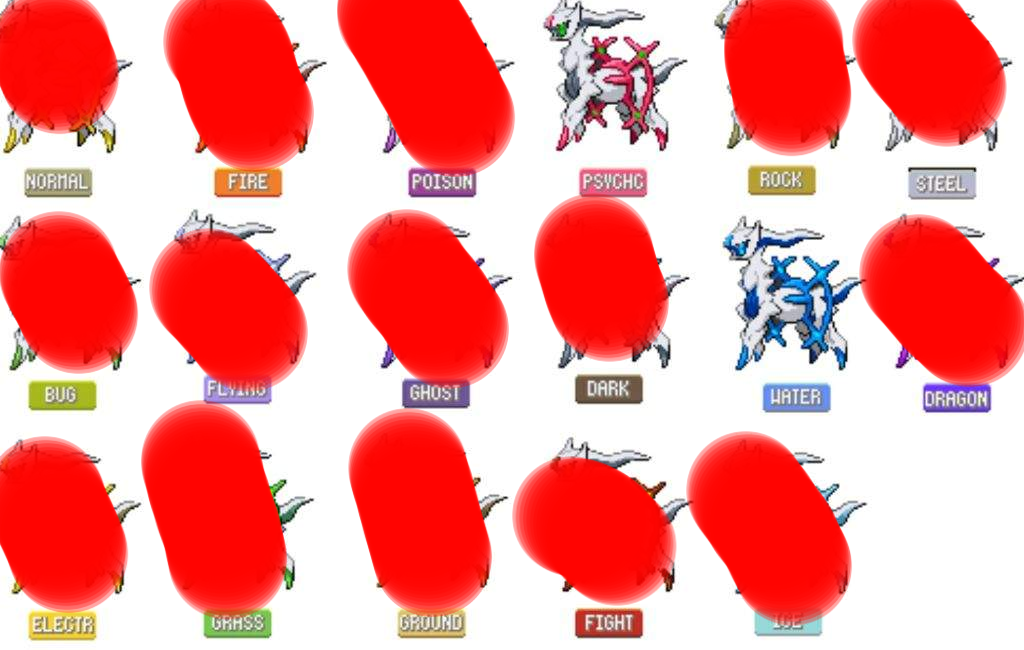 I only need two more plates!! I am aware of the psychic plate on eBay but it's too pricey for me.
TOMY:
-Psychic
-Water
-Clear sparkly