Ya ever seen 5ft of Eeveelutions? Collection Update and an eight year Grail :3!

Yep, life has just been getting the better of me recently. I've been really tired, emotional, stressed, you name it, but I sucked it up and made it to Spring Break ;D! Got home yesterday since right after I got off school my family went out of the country. Now that I'm back, I have been reunited with my collection for a few days.

I got a lot of stuff over the past few months, including few Grail worthy items and it's time to show you all ;3! 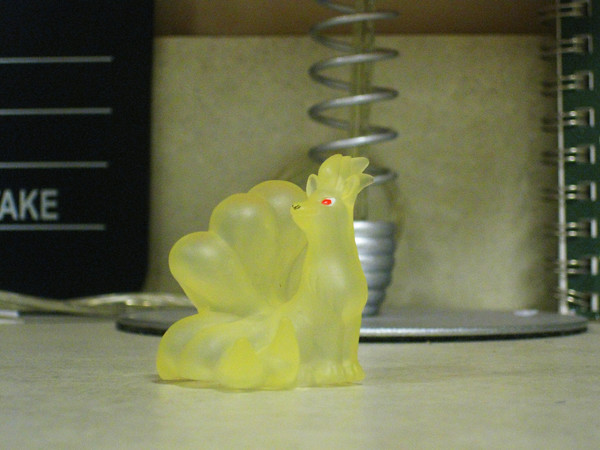 GrailTail!! This was the very last of my Ninetales grail worthy items. I tell you, it was a long time trying to find one of these babies and at that I had some major competition trying to grab her in a GA. I'm really, really excited to have her in my collection now.

Group shot of my 3 grails. I have the Community to thank for this achievement specifically, kamikaze_97,

allinia  for helping me get these. Ninetales has been a really fun challenge for me to collect and without this place I wouldn't have been able to get these items, let along know of their existence.

Here's the most recent group picture of my firefoxes. this collection may be small but each item is precious and valued unconditionally by me. Ninetales has always been my favorite Pokemon for a lot of reasons and it feels nice to be able to have something more of ehr then just the game data. 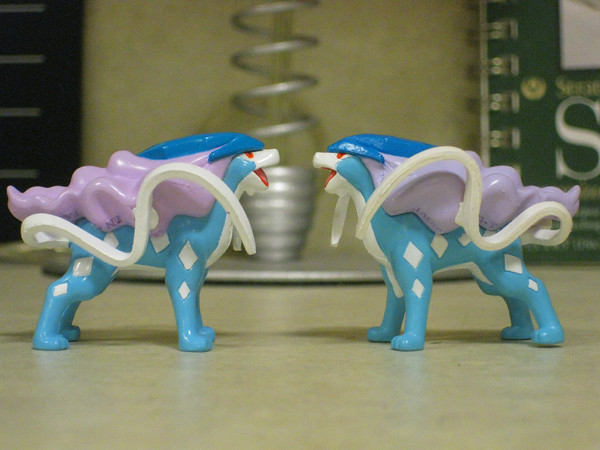 DOUBLE GRAIL!! Ok so a verrrrrrrryyyyyy long story cut short, I have wanted one of these figures since 2003 when I saw a picture of one on Google. Never saw one for sale outside of Y!j. Never though I would get one in my life so I gave up on my search. Never saw one on the Community for over a year. One day as I was surfing on ebay, there it was. HORKfdnKLDFHLSRIEHGDFNVAerDfkn! yep. I made up my mind I was gonna win it no matter what!! Then not much later

fernchu had one up in her sales and offers post. Not knowing if someone had already bought it, I commented and was able to get her's :3! But I had my mind set on winning the one on ebay because it was such a rare occurrence to see one that I grabbed that one as well. They are gorgeous and I cannot believe I was able to get not one but two after eight years of looking.

Next on this collection update:

Oh yeah, I got them! I just now was able to take a group picture. Jakks made me very happy with these besides Vaporeon's paintjob...I've had Jolteon, Flareon and Glaceon since the day they were released but I had to go through some hassle to get the new release that NOBODY was warned about D:! I was totally unprepared for the release of the rest but I managed to get the rest :D! btw I do realies I don't have Eevee XD!! I'm not too interested in Eevee unless I can get one for $7 or less. Eevee is cute and all but he also has soooooo sooo much merch that I'm not overly concerned missing one figure. There are plenty of other Eevee figures I'd much rather have anyway.

And not be shocked and amazed!!

Now, I'm not entirely sure this is complete, but I want to hope it is. All of the Eeveelution Regular kids figures +4 clears. Correct? I have battled it out with these guys. They may be kids figures but these are hard as hell to get!! I can't blame anyone for wanting to get a few Eeveelution kids though because that are really cool and unique figures. However certain ones are hard to come by outside of offer posts and group auctions. I used up every resource I had in hunting these bad boys down and not I am 99% sure that these are all of the regular ones besides the repaints, other clears and shiny kids. Please correct me if I'm wrong because I am on a mission to catch 'em all !!

and as for the rest of my Eeveelutions...

Here they are :3!!! That counter is 5 feet long and houses about 130 Non-Flat Eeveelution items. I'm planning on muying a bookshelf soon to house them better and to be able to display the flat items I have of them as well :3! Including flats I have over 200 items I think ;3...

Here's the closeups of each collection:

Other gets I don't want to type about too much XD! 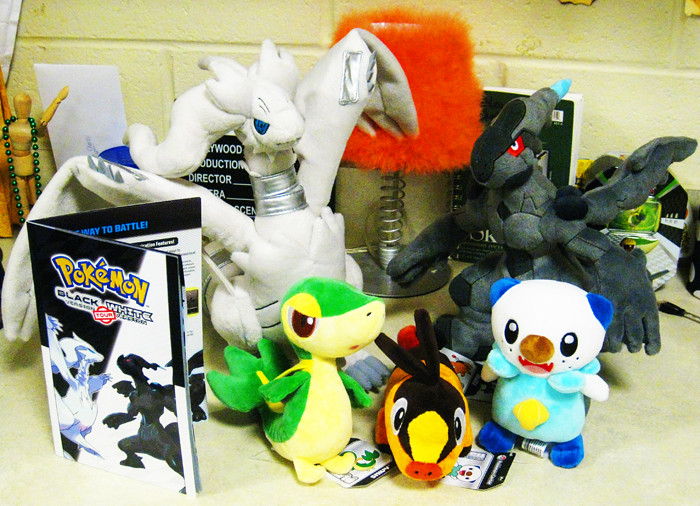 Mall Tour stuff. Yeah, I'm really late XD!! I named the Starters after mine in Pokemon Black (Yep I has them all :3. I breed my friends starters and got them). The Tsutarja (Snivy) is Chad, after my Starter. The Pokabu (Tepig) is named Rock Star and is female; she happens to be the daughter of Bacon my friend's female Emboar  :3! The Mijumaru (Lolshawott) is named Veronica and is also female :3! 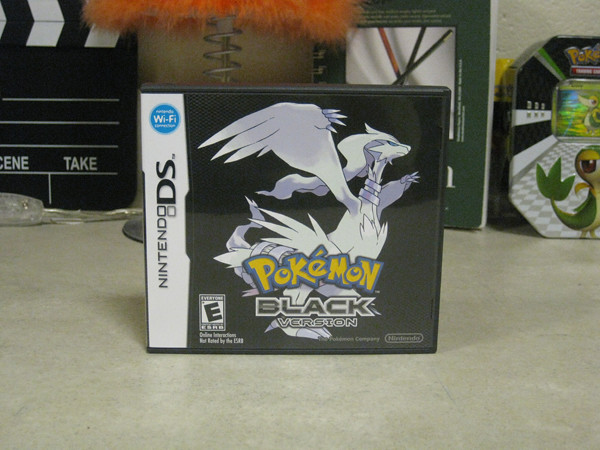 Lastly, this has consumed my life. I beat the whole game in 40 hours and I'm on my 70th hour now. I've been doing a lot of global trading and it's been tons of fun c:!! I recently traded for a legit shiny Zoroark and he's been my new pride and joy. Oh and if you wish to know this is my in game party:

Chad, Andrea, King, Citiall, Bianca, Naomi (in that order). If you haven't noticed, I'm big on female Pokemon because they are breed-able for special movestes I want :3! I will be collecting accordingly to my party with the Snivy line leading it up. I'll also be collecting:

Sophie/O'Riley, Miru, Faron, Wargle and Kiba since they are my substitute Pokemon in Black.

and get at least one custom plush of Zoroark to add in with my Meema :3!
Well, I hope you guys enjoyed :D! I won't be posting much until after graduation so I'll see you then :3! If you need me, just shoot me a pm since I check those daily :D!!