Hey everyone. It's been ages since I've been on here last but I figured you guys could help me the most!

I'm looking for information on these rubber character "cards". They are stamped 2008 Jakks Pacific. I know Jakks had a few unproduced lines of items but I wasn't sure about these. I would love any information about them as my research has come up with nothing. 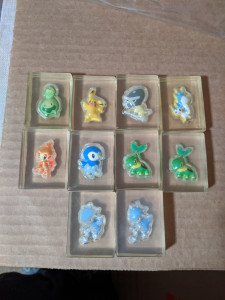 They are 2 inches by 1.5 inches in size and are made of a flexible rubber.

And now a quick reintro. I'm Nos and I love rare plush. I collect giants, pokedolls, and plushplush but my main love is prototypes! I love pretty much any kind but mostly focus on plush prototypes. My hope is to get all 22 Applause protos one day. (so if you're selling one, I'm interested!) Lol

Dear god! It's been so long!
I hope you're all still fine and the pandemic hasn't gotten to you :s
Last time I posted an update was in the first half of March, seems like another world almost.
Oh well, no time to slack off. I've got tons of new stuff to show, and I'll have to split it into two posts unfortunately. It won't fit in one.

One cramped shot of everything together to hopefully lure you in!

Oh, one last thing, you might want to open this in a new tab. Ready? Here we go!

Well hello there pkmncollectors. Rashuak("Rash" works too) here, and I figured it's about time I join up seeing as I'd been lurking for a little while now, admiring all these great collections from afar.

About / My history with Pokemon

I'm a 90s kid so I grew up with the original Pokemon craze. I collected and traded the cards(never learned to play it, what am I some kind of nerd? *hides extensive MTG past*), watched the show somewhat regularly; even saw the 1st movie in theaters, and of course played the games. My first game was Yellow but not long after I'd accumulated Stadium, Snap, and most importantly Silver. I still consider Gen 1 to be my favorite when it comes to the Pokemon themselves, but Silver was where I fell in love with the property and what "Pokemon" means to me.
Fast forward and like many kids I "grew out" of Pokemon. I became enthralled with games like Halo and Morrowind and at some point foolishly gave away or traded in my games and cards. It would stay that way until ~2014 when I began dating a girl who; unlike me; never "fell out" of it. Suddenly I found myself with a 3DS and Soul Silver. I would go on to get X and Alpha Sapphire as well as get caught up in the initial PokemonGO frenzy, but the latter was short lived.
While I did enjoy my return to the games and sunk hundreds of hours into things like breeding they never really enraptured me like Silver had when I was a kid. What they DID do however was reignite my collector's passion and before long I was stalking eBay, determined to rebuild my original TCG collection. That led to my discovery of things like the Meiji cards and all these incredible lines of Pokemon collectibles that; living in the rural Midwest; I would never had guessed existed, let alone hope to ever own. That pretty much brings us to the present.

TL;DR - A "genwunner" who got back into collecting in the past couple years.

I'm primarily interested in miniature figures(especially the Full Color/Battle Museum) and non-TCG cards(embossed Meiji, Carddass, etc.). My figures are mostly comprised of my favorite Pokemon; Bulbasaur line, Gyarados, Flareon, Haunter/Gengar, and Growlithe/Arcanine but realistically I know that the popularity of most of those means I'll never be able to "complete" their collections. On top of that some of my favorite figs turned out to be ones that I have zero real attachment to the Pokemon for.

Apologies beforehand about the composition and lighting, I still haven't gotten a proper shelf or set-up.

I love all things full color stadium/battle museum, especially the semi-translucent figures. When it comes to particular wants though I can only think of a few off the top of my head. There was a Gyarados vs Venusaur diorama I recall seeing awhile ago but I don't know the product line and any Haunter/Gengar I can get my hands on to expand my meager catalog of the pair.

Well that about does it for my collection and intro. I do have a few packages coming with one particular "grail" of sorts so I'm going to try to DIY a display before then so I can update with better pics. Looking forward to being part of this community!

I want to buy Battrio in bulk. If anyone is selling them, please tell me the ballpark estimate amount and price. My zip code is 48219. Thanks.

Hello everyone.
God I haven’t posted here in so long!

Nearly a year without a bit of zukan action and now my collection is full of surly ducks. 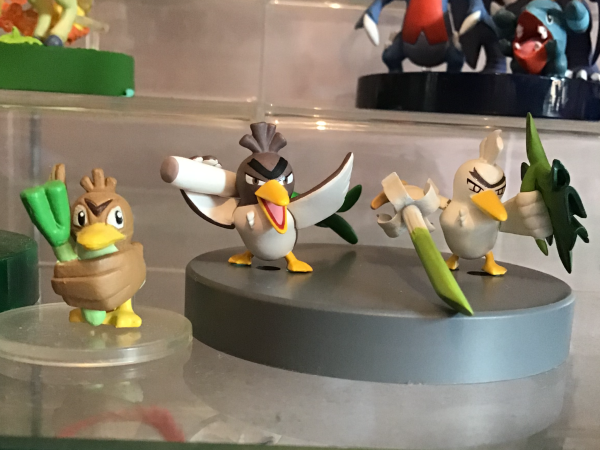 Had to get these:
My old Farfetch’d always looked lonely. 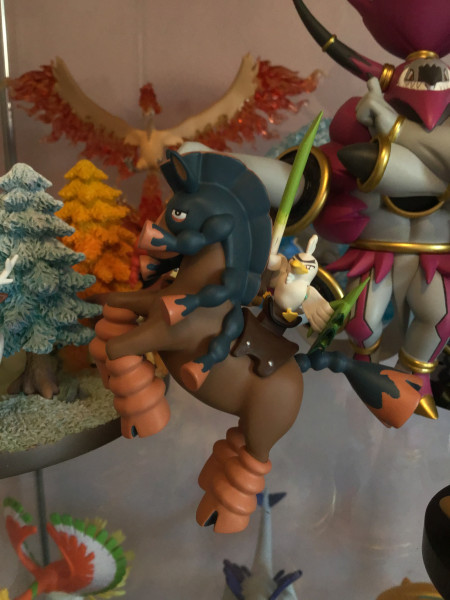 This one is just brilliant!
One of my absolute favourites. 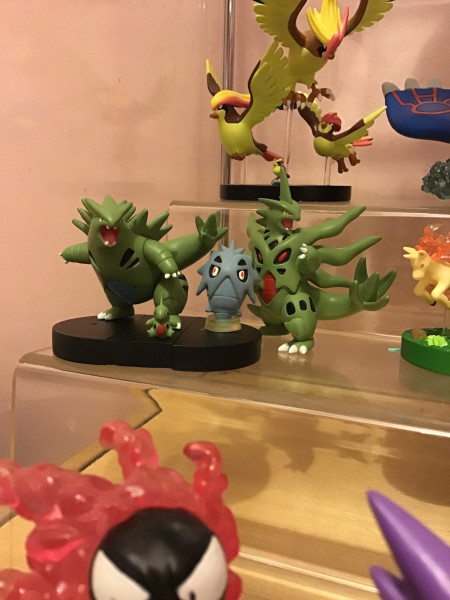 Thank you so much

chris_techno25!
You are the best man.

Hello everyone! I've made the switch from Zukan to Scale World. Just when I had gotten some kind of rare Chinese Zukan sets, something in my mind told me to make the change towards the 1/20 scale. Anyway, I would like to know if someone with a better know how of Taobao could help me. I'm looking for the Gyarados (shiny) and Nidoking DS Studios sets, I've found some listings but after I make the quote on Bhiner the agent tells me they are recycled listings or something along those lines. Any help is appreciated.

long time no post! sorry that i made an intro post and basically disappeared for two years, i'm a shy and anxious guy. i appreciate all of your comments, though! i now am at a point where i can make plush in pokedoll style, but none of them have been actually pokemon related yet, so i'm not sure if i can post them.

also, i don't go by carrington anymore. i'm currently not sure what i wanna go by, besides strawberry.

iso- i'm looking to buy the new style leafeon and sylveon pokedolls from anyone in the community. i don't mind if they're tto or have no tags at all! they can be usa or jpn, i don't have a preference.

thank you for reading!

Hello, everyone! I ended up spending way too much on Pokemon stuff this month so I'm hoping to get back some money with sales. I also need the space so there are a bunch of items I'm willing to just give away (free with purchase or just pay shipping/fees).
I'm only shipping within the US right now though, sorry!

My card trades/sales are still open too, updated with some Darkness Ablaze and Thai cards I recently got!
https://eeveefruit.livejournal.com/3400.html 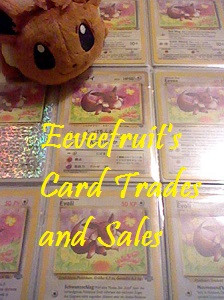 I recently just ordered the Dragonite Pokemon Center plush off of the pokemon center website, but they canceled my order and don't have it in stock anymore. Was wondering if anyone would be willing to sell me this plush? Thanks! 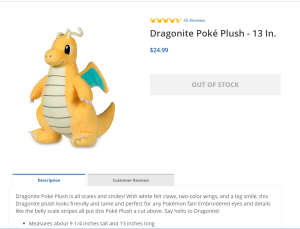 I weeded some more things from my collection, and added them to my sales post: https://jarshaarashi.livejournal.com/970.html

Thanks for reading!
Collapse