Hey everyone, hope y'all had a good March this month, things have been turning around for me from here to there and all around my life so far, but it ain't anything too bad.

But anyways, straight to the point here I have a question for those that do group buys and/or claims, is there anyone able to claim the upcoming Pokemon Kids set featuring the Kalos Pokemon that never got made?

(Not shown off is Magearna and Volcanion)

Additionally, I've heard that these might be some exclusive to this "Bandai Premium" club thing and... I have no idea how those go so I hope someone here comments about this unusual ordeal.

Additionally, I am looking at Bergmite, Avalugg and Diggersby from this set to purchase, so if anyone is indeed taking claims for these please let me know!


That is right, all of the remaining Pokemon from the Kalos region that did not receive a Kid Figure are getting one. They have stated from the Google translated tweet.

Words can't describe how much fanservice and love that the Bandai company decided to produce over something niche like Kalos Pokemon merchandise, guess the dream isn't dead to Catch 'em All physically eh?
Tell me what you think about this! Supposedly an update around the end of Feburaury to give out more details surrounding this huge surprise, I'm personally looking forward for the Bergmite and Phantump :D

After a year of being packed, and me not having anywhere to display them, I'm selling most of my Zukans (13 to be exact) so they don't hide in the shadows anymore as well as a couple Rotom PDs.

Seller's info
- Sales permission granted by entirelycliched on the 19th September 2014.
- My feedback can be found here
- I ship from Spain and I ship internationally.
- I have a dog.

About a month ago I made my reintroduction post, as I used to be on here often.. like.. 8-10 years ago, and only last month returned here. In there I said I'd make an update soon, once all the packages I'd ordered would arrive. They now have!
In the past 8 years I'd not really collected anything, and even stopped with pokemon altogether at first. But every now and then I'd look on ebay, to see if any of the 'grails' I used to have were on there for an affordable price, or alternatively, pokemon I'd used on my team in the games. Then came December last year, where I saw the (for me new) Zukan set XY4, with Primal Groudon, Mega Blastoise, and Goomy line in it (and Skerlp line), all three pokemon I liked/had used, for only like 19 bucks or something. I ordered it, and saw more stuff, and more, and ended up spending way too much money (don't worry, I'm fine financially)... Butttt.. it did result in me getting like, 2/3rds the 'grail' items I had at the time, and expanding my collection with some really nice stuff.
Rather than making this just an update post, where I show only what's new, I decided to just photograph everything, as the 8 year old photos are lackluster compared to what I can do now.
Here's a little preview, but don't forget to check out the cut! (all photos made by me) 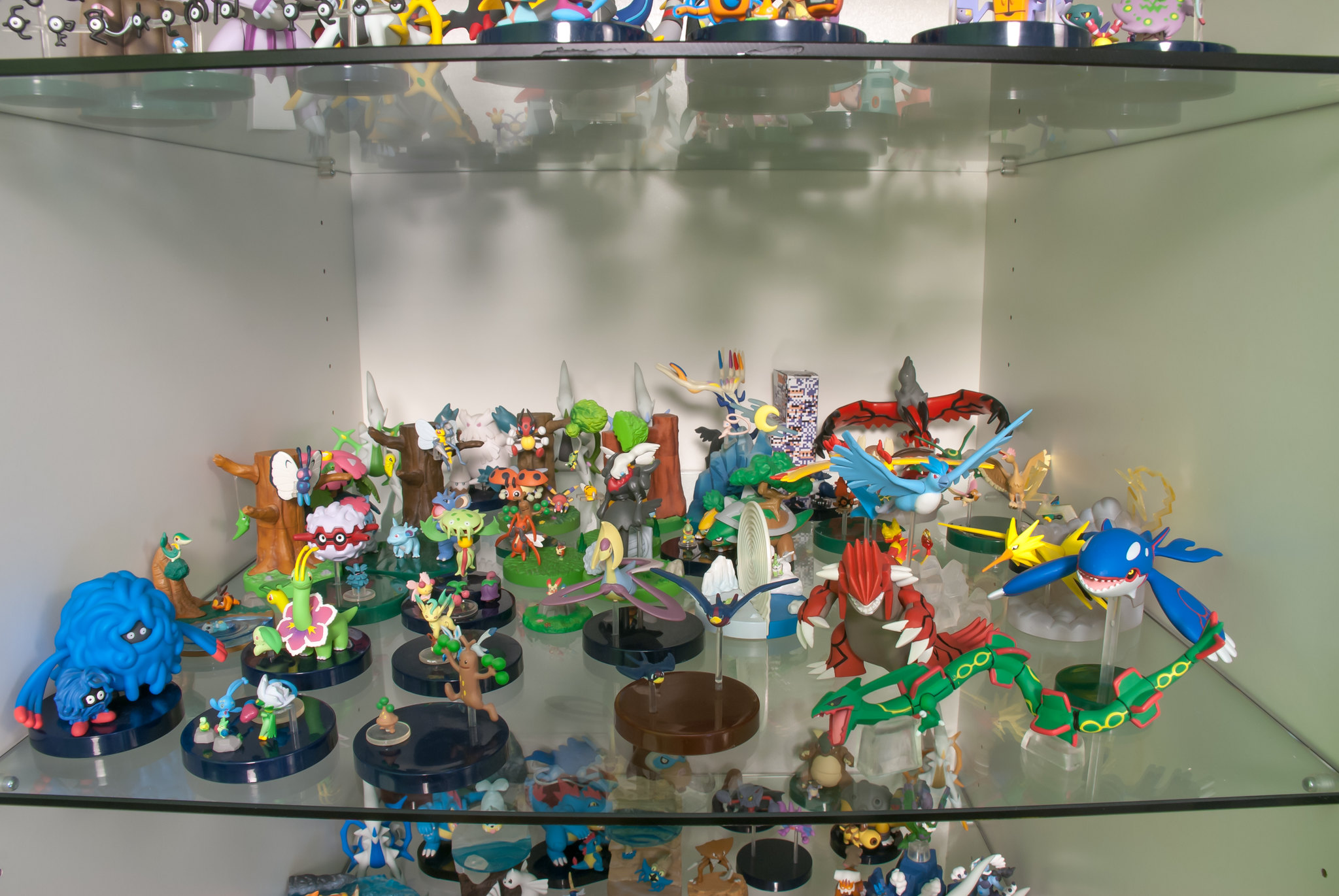 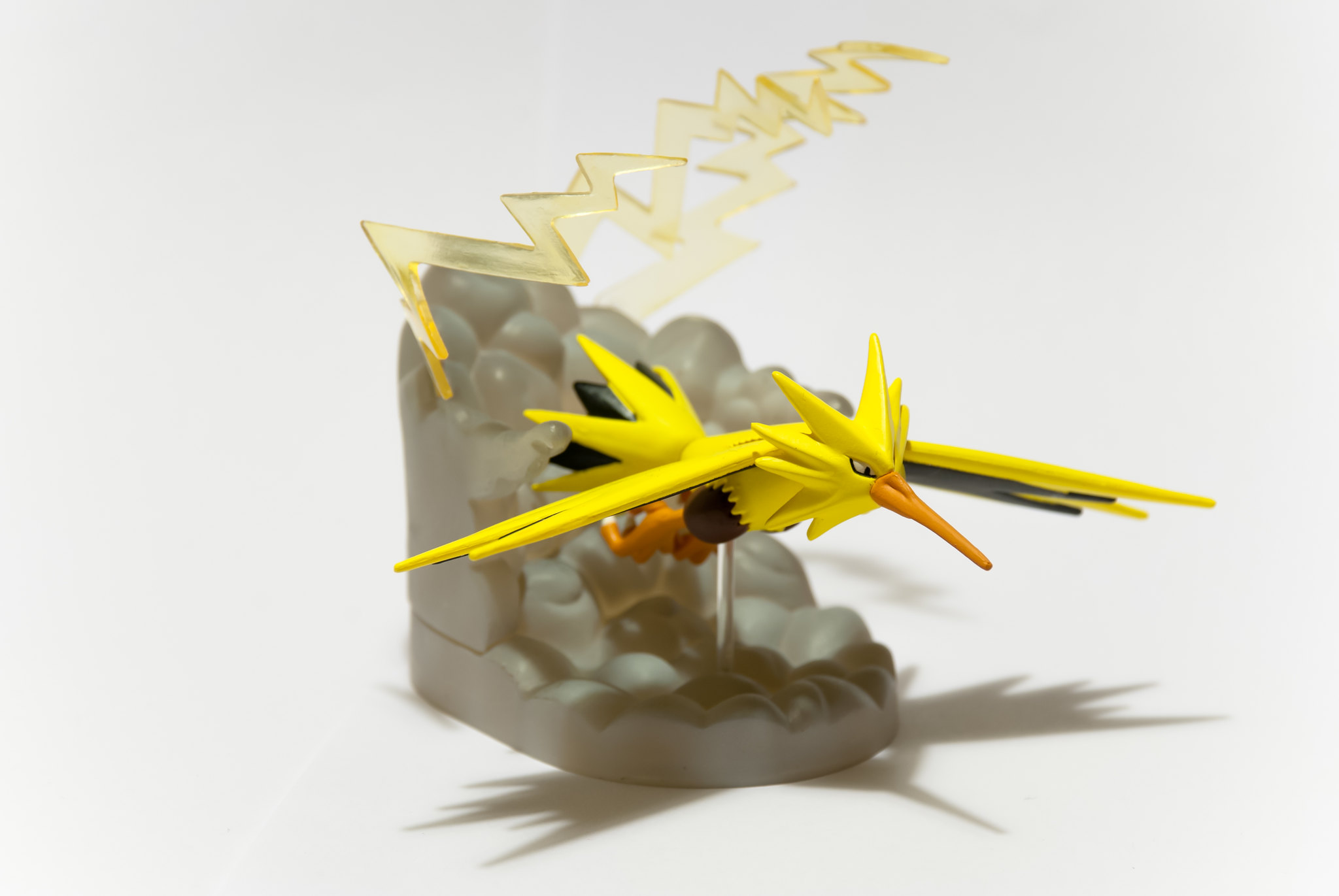 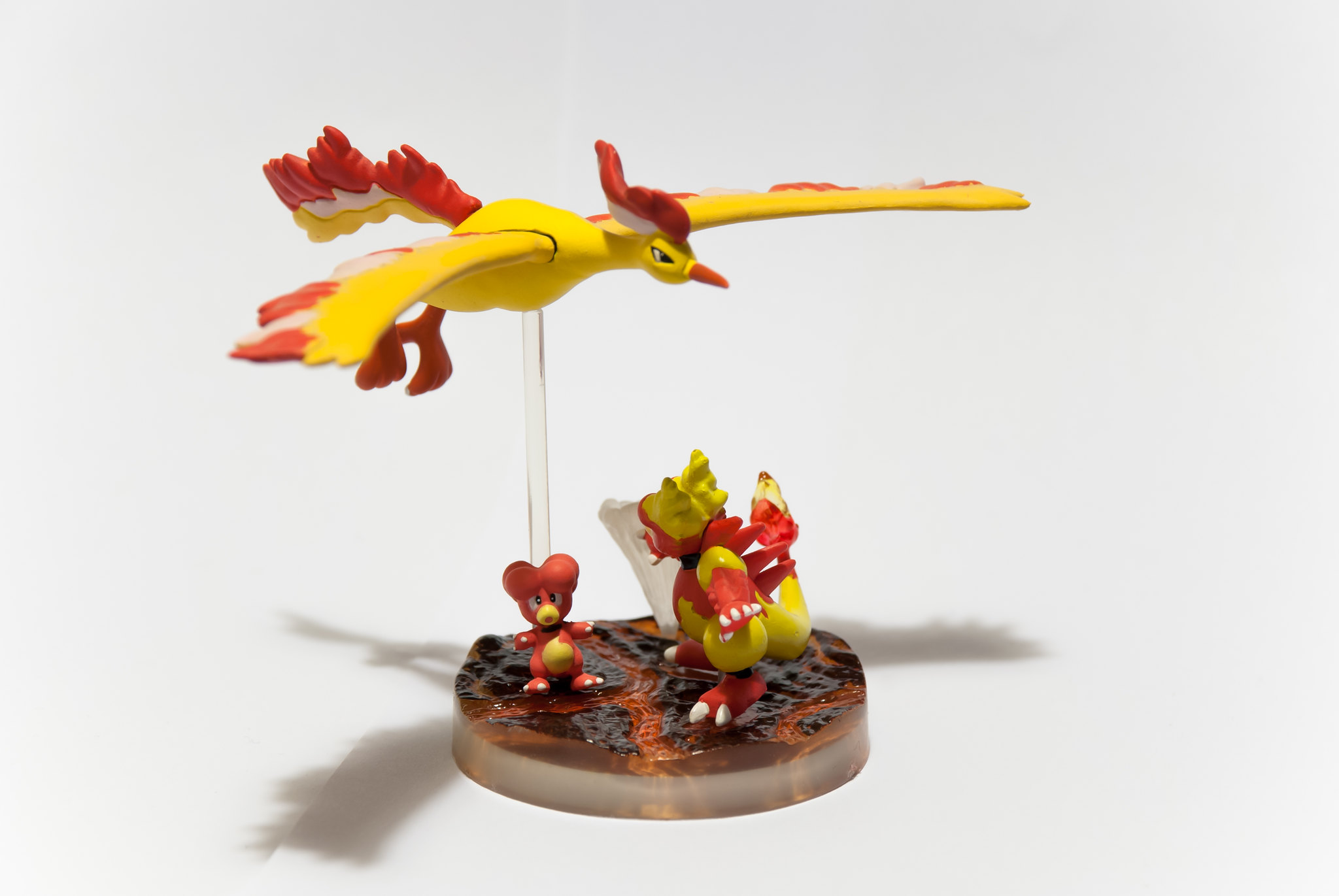 Under the cut there's a whole long bunch.
Like.. a reaaaaaaaalllllly long cut. I don't recommend opening it in the feed, rather in a sepperate tab.
( Collapse )

Hello there guys!
My giant package full of sweets has finally arrived today, so I am going through everything and doing the calculations for everybody! However, before that, I have a bunch of extra sales that can be also combined with the ones you guys ordered, so it's simplier and easier! I have things like tofu snack, chocolate snacks, stickers, ramen and other things!

I for example have some lovely extra sweets that Zygarde 10% and Sylveon collectors will enjoy for sure... 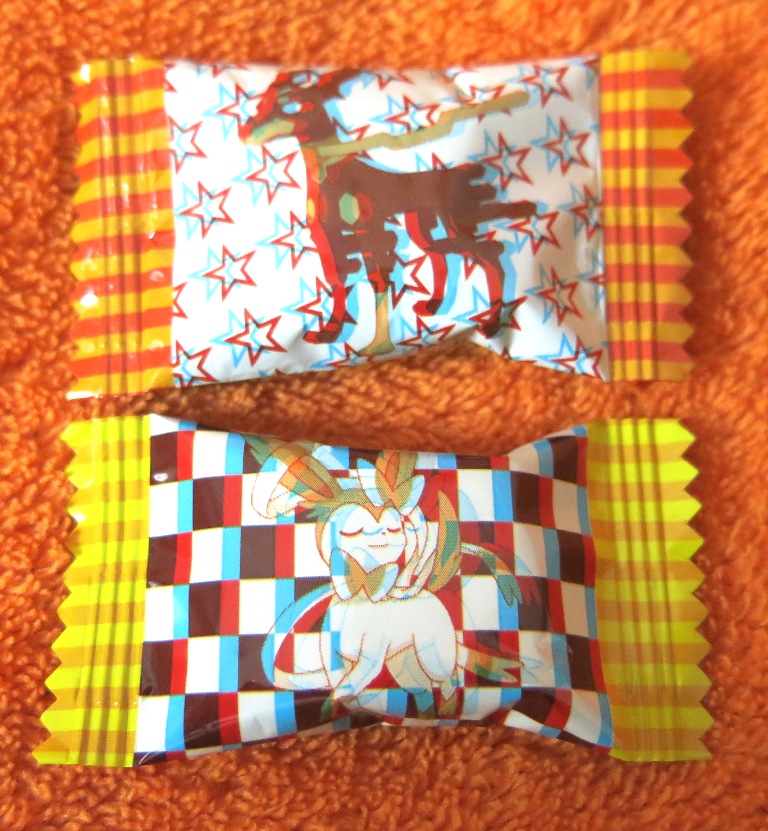 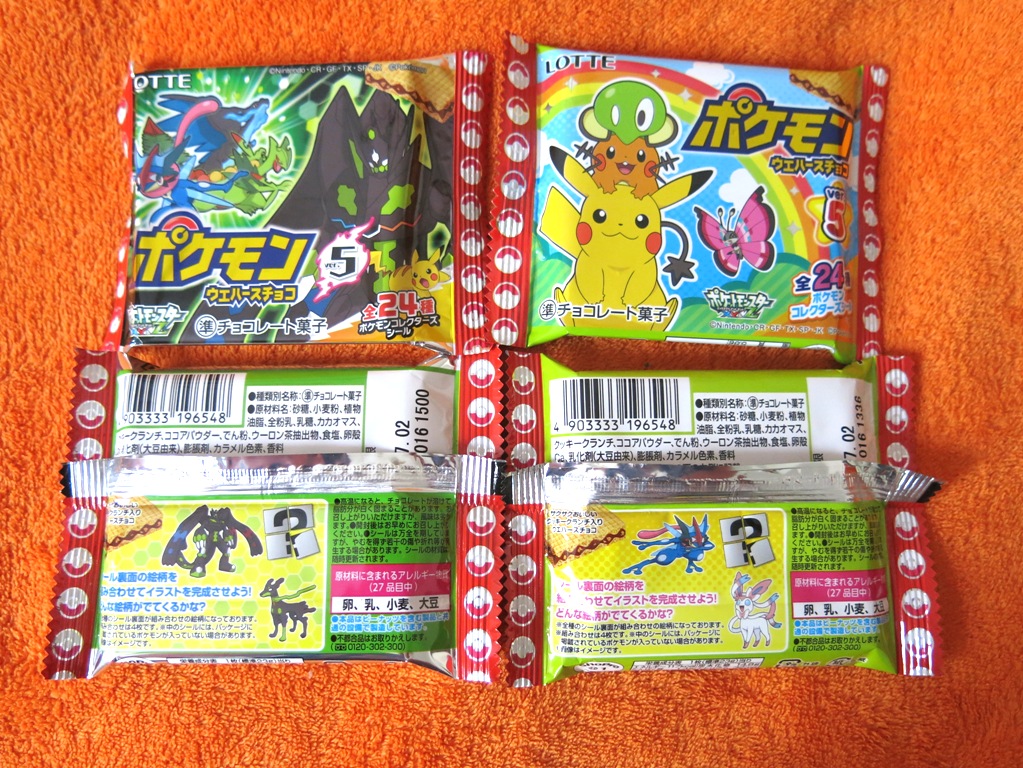 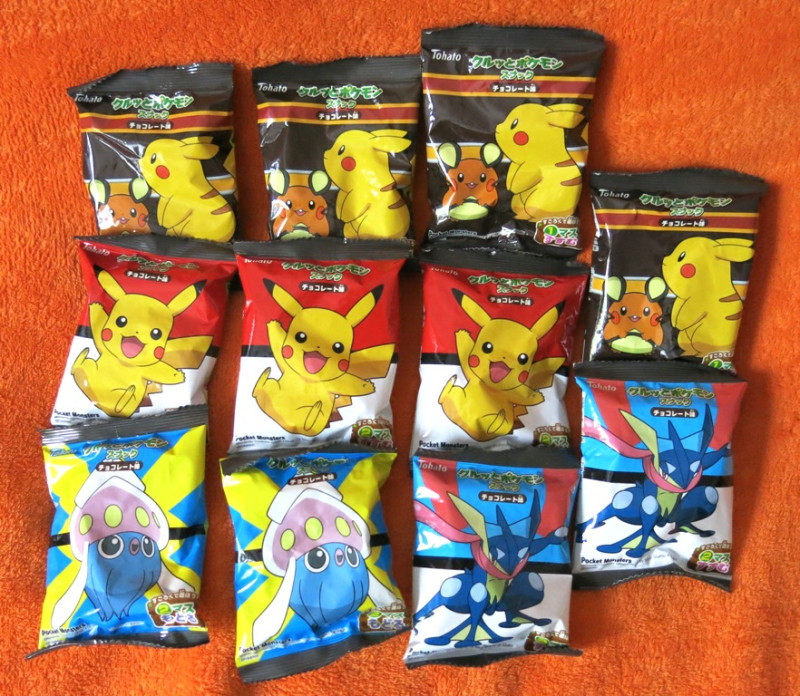 Some of the extra candies I got had these two on them (and a bunch more)!

My middleman gave me also an extra choco-ball figure as gift, and I got an Espeon! Though you guys might want her, so I thought of just auctioning her off, because I am not sure how much she goes for. I also ate some wafers and was lucky to pull one Zygarde 10% that I am auctioning off as well! 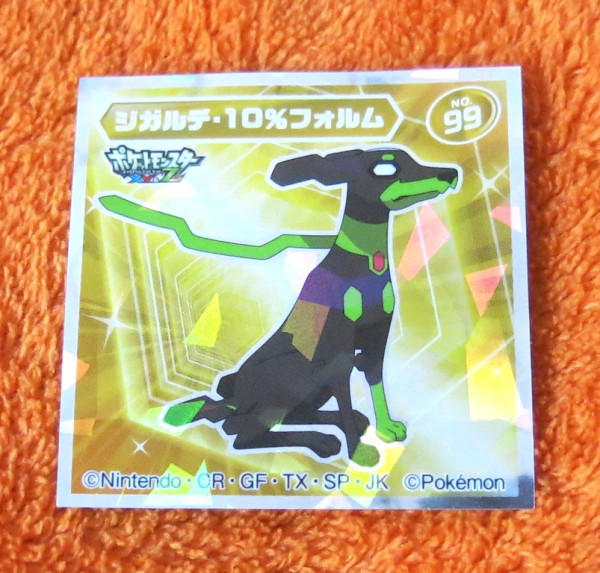 I haven't been on here too much to buy stuff just sort of stalking around looking at pages every once in awhile xD.
Not too much stuff has been bought recently,a good chunk of my money might be being poured into tsumtsums >_>;
But I do still buy lots every once in awhile if I see something I want :P.
( Collapse )

Bidding ends Friday February 5th at 5:30 PM PST
*I Ship from California
*I accept Paypal only,I do take echecks but I will not ship until they go through.
*All Community Rules Apply
*I will leave negative feedback if you bid and don't pay.
*Please bid in increments of 1.00
*Feedback - http://feedback.pkmncollectors.net/feedback/view/dezchu/
*Wishlist -http://dezchu.livejournal.com/1904.html
~Sales Permission Received from lineaalba August 31st 2010~
( Collapse )

First I'd like to know if the Lifesize Goomy plush will be restock or if someone is selling one ? Because I missed the opportunity to get one in time :(

And now let's see the newest Zukan set I received from 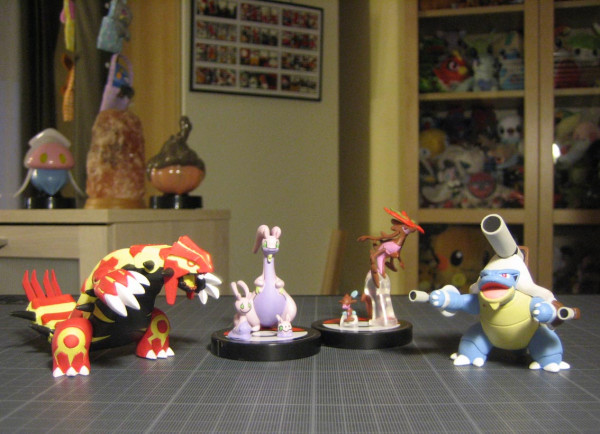 As always they are rather nice (even if mine have some paint marks)
The Goomy line is really cool :3 (and stand easily compared to Dragalge haha)
However I'm a bit disappointed because Primal Groudon is at 1/90 scale instead of the 1/40 Zukan are supposed to be (in other words it should have been twice bigger). But the figure is beautiful and as I have a dedicated space to Groudon it won't be mixed with other Zukan figures, so it will be okay lol

Besides I took a picture of the shelf with Groudon... 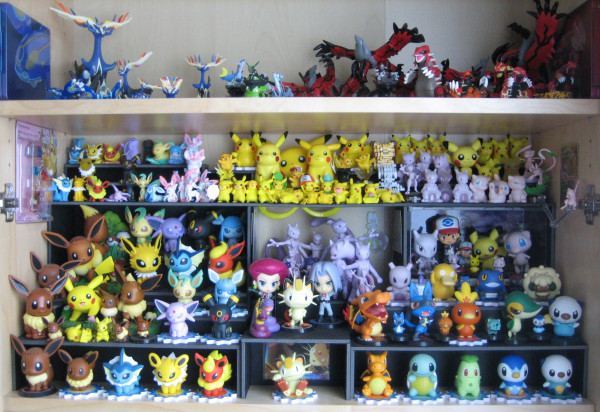 Well it's more a picture of the shelf below in fact ^^ (where I added some little changes).
But you can see a part of the shelf with G3/G6 legendary trios (which I had gathered for the similarity of their colors). For now it's a little messy :s But after months I finally decided to take steps in order to build supports ^^ So I just have to buy cardboard and get down to work!


Thank you for reading :)

You can see more pictures on my collection website o/ 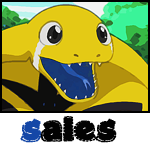 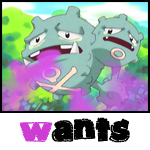 ETA: Sold! Thanks for looking :)

Hiya! I'm happy to finally auction my latest pair of custom plushies and one of my favorite projects ever: Dragalges! I embarked on this project in January and had to take an unexpected hiatus from sewing during February, but now they're both complete and ready to swim off to a new home. :D

More information and bidding threads can be found over on my craft sales journal; click the image below to be transferred there! 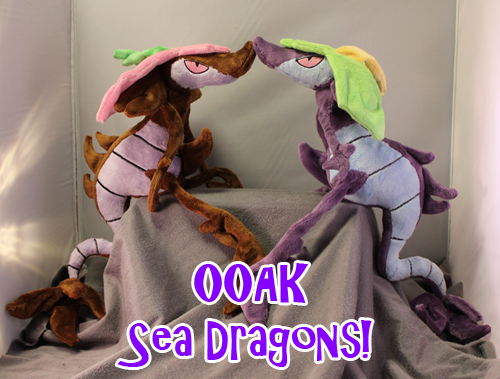 My sales permission was grandfathered in at the time the rule was created. My feedback can be found here: http://feedback.pkmncollectors.net/feedback/view/flag/
Collapse